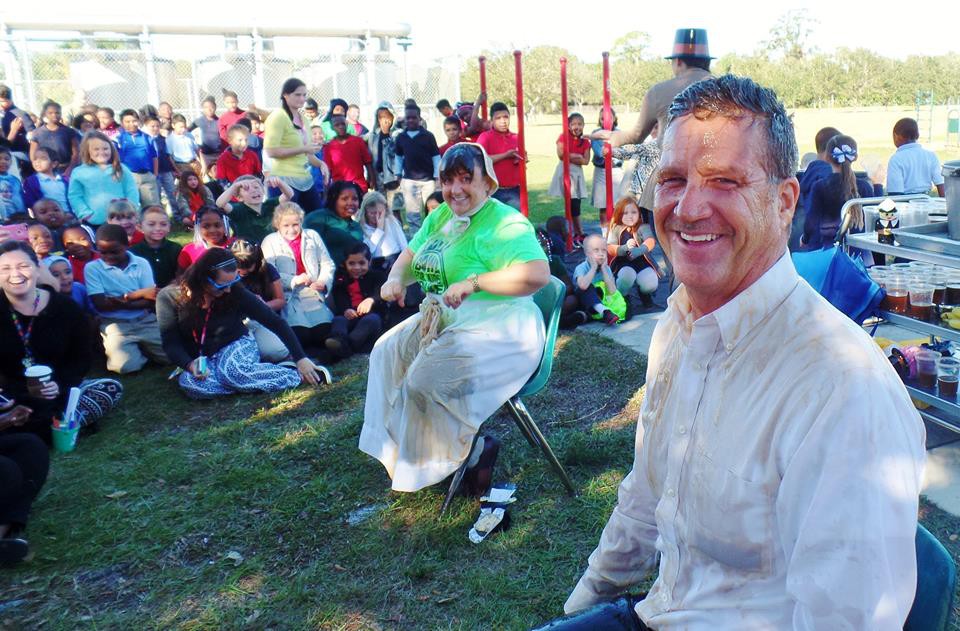 Weatherbee Admin Get Doused With Gravy

At Weatherbee, we recently celebrated the end of our latest Reading Challenge. Classes that met their reading points goal were treated to watching our principal and assistant principal get doused with gravy!! The students who earned the highest amount of points in each class did the honors of pouring a cup of gravy over our literary pilgrims – a.k.a. Mr. Hitsman and Ms. Avellino. 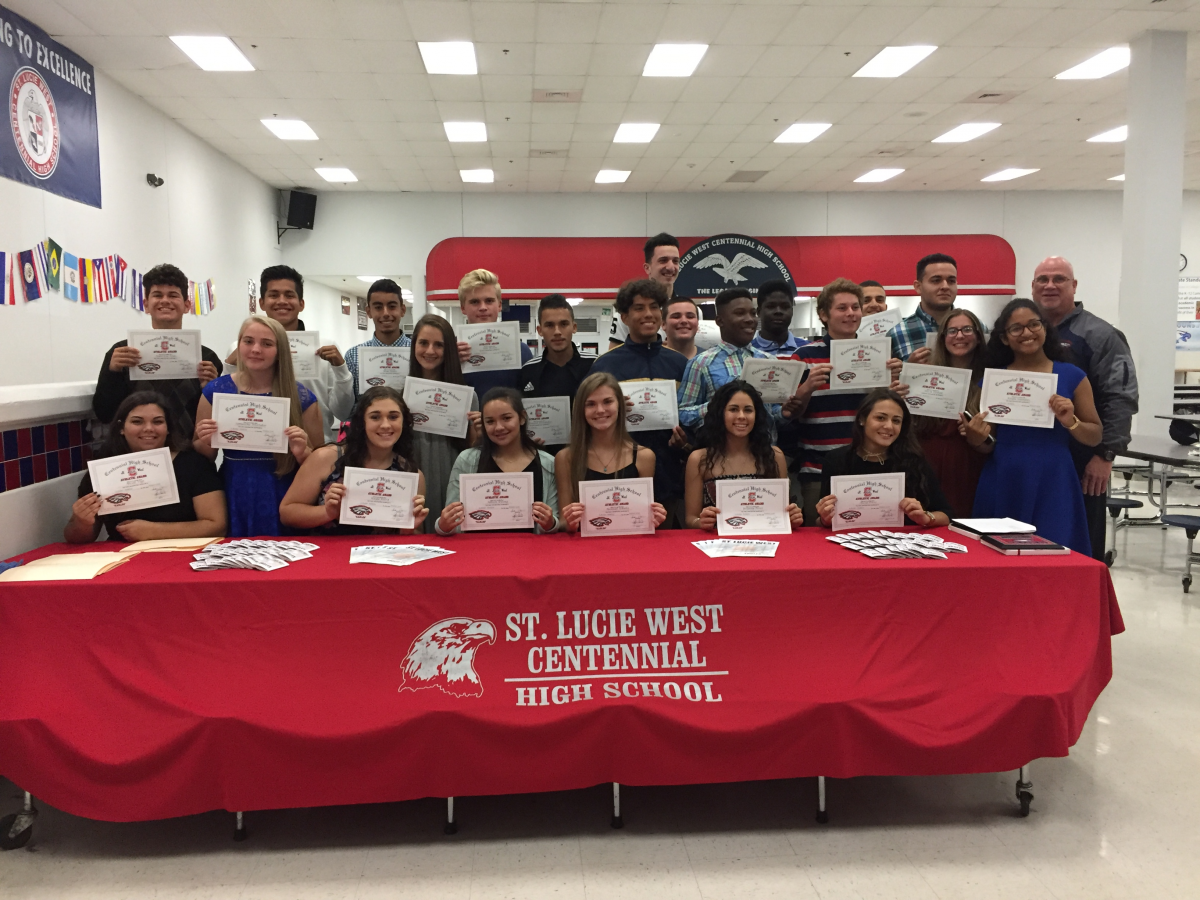 Olive Garden sponsored an event honoring student athletes at SLW Centennial High School.  Student athletes with a cumulative GPA of 3.0 and higher were recognized for their academic achievements.  The top two students who both have a 4.0 cumulative GPA include Cameron Pagan (pictured on left), 10th grade, Volleyball Team and Nalin Saraf (pictured on right), 10th grade, Cross Country Team . 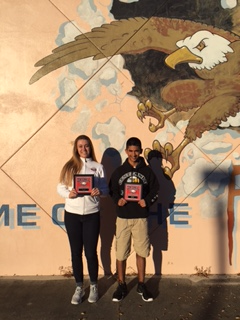 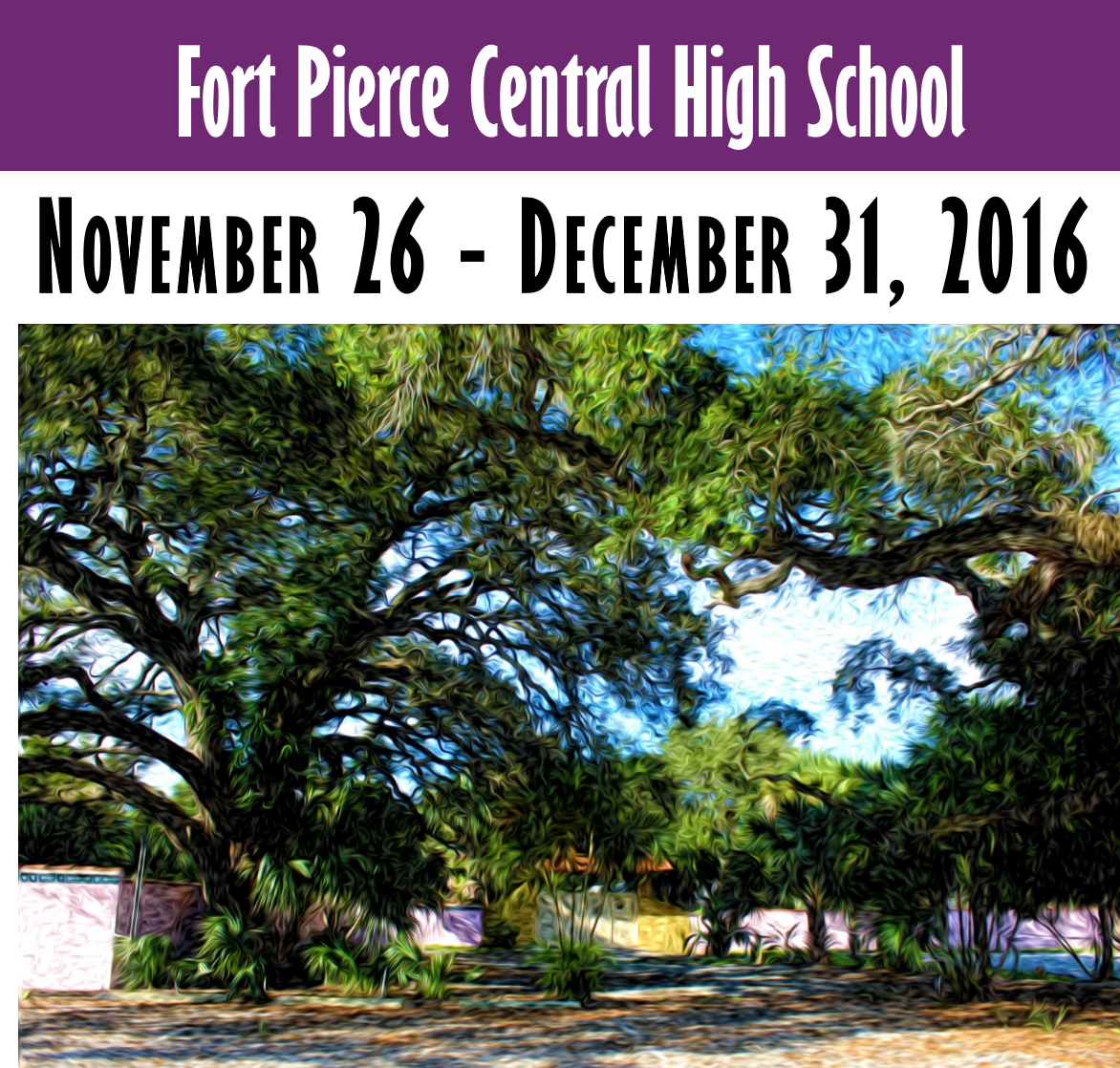 This exhibit showcases the work of the Creative Photography students from Fort Pierce Central High School. The school added photography courses four years ago, and in that time Heather Blackmon-Gordon’s students have grown in both skill and scope. With photography as their commonality, they search for their own creative style and vision.

The students have spent the last few months documenting, critiquing and reflecting on physical and mental places in their lives. The photographs are of people and places, with a focus on utilizing lighting to portray moods. Many of the photos are pieces of seniors’ portfolios that they are submitting to visual arts colleges and universities for Portfolio Day, or to the prestigious Scholastic Art Competition. 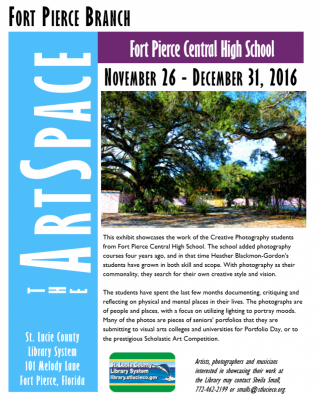 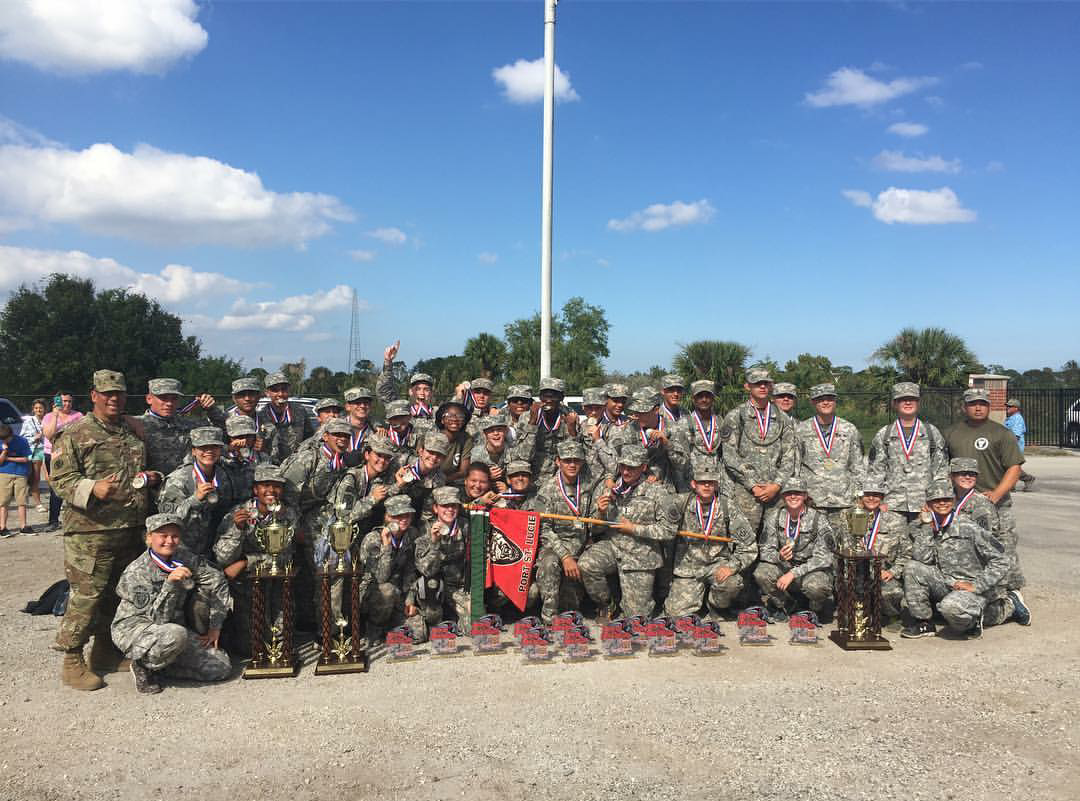 The Port Saint Lucie High School Jaguar Raider Team traveled to South Fork High School to compete in the Area III Regional Raider Meet State qualifier. They competed against 22 teams from nine other schools in five physically demanding events. The events consisted of Cross Country Rescue (team had to answer questions on first aid, treat a simulated 120lb casualty with supplies from 30lb ruck sacks, and then move the casualty and supplies one mile to the safe zone), 100 meter 300lb tire flip.

To complete the Raider Fitness Challenge, the team was required to complete a course consisting of a 10 yard low crawl, a 40 yard 20-30lb sandbag carry, an obstacle to either go over or under, a speed agility maze, a 120lb object to carry approximately 50 feet, a turnaround point to repeat the course in reverse, traverse one Rope Bridge, and complete a 5K team run.

The Mixed Team placed first overall.  They placed first in Cross Country Rescue as well as second in Fitness Test, Rope Bridge, and the Team Run along with third place in Tire Flip. The team consisted of Lawrence Riccard, (Commander), Kaycee Rhodes, Joleen Kalinowski, Destiny Swain, Michelea Luyao , Crystal Suarez, Daniel Neives, Hunter Payne, Cameron Lennard, Matthew Simmons, Tyler Reynolds, and Travis.  During the Cross Country Rescue Travis Cetin tripped while carrying the back of the litter and fell face first into the ground and log, after falling he got right back up and the team finished the race and came in first place. After finishing the race, he was rushed to the hospital where he received two staples.

All of the teams did outstanding and worked very hard. They took home a total 18 trophies — three overall and 15 event trophies. Not only did the team dominate nine schools, all three teams also qualified for the State Raider Meet in Lake Wales, FL to compete against the best Raider teams in the state of Florida. 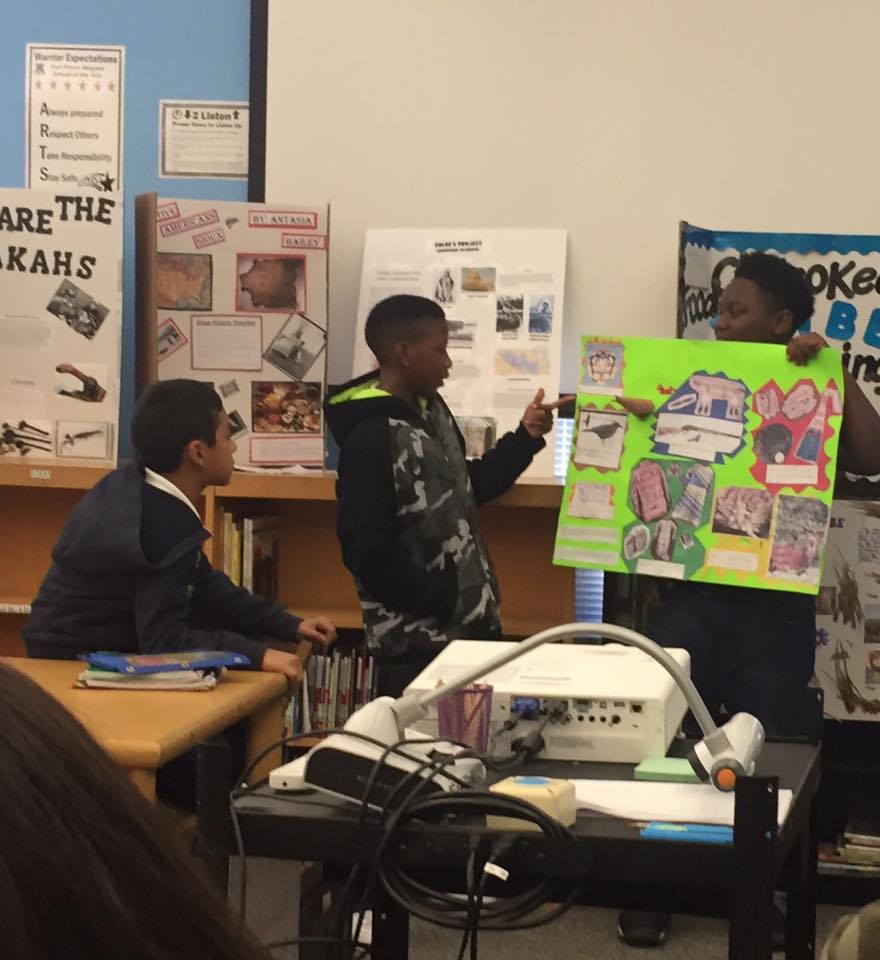 Students in Mrs. Saunders’ 5th grade at FPMSA researched, prepared, and presented projects on Pre-Columbian North Americans. Students created posters or dioramas to display the information they acquired. Classmates learned from each other and learned from the past. Realizing how landscape, climate, and resources shaped the customs and homes was evident in their work.