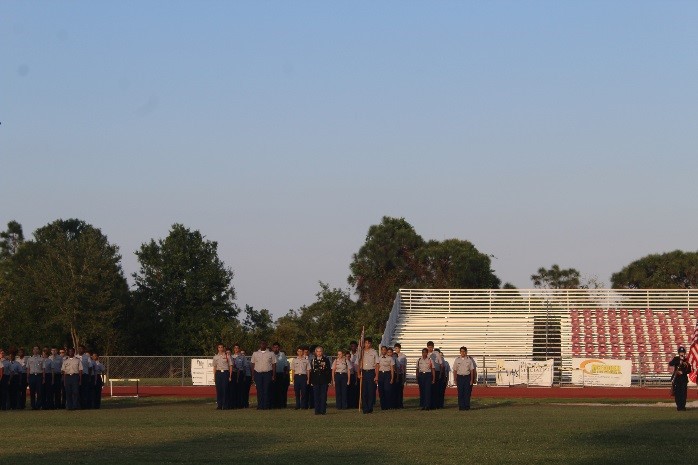 After the ceremony was over, seniors turned in their uniforms as this was their last uniform day. The cadets changed into sports clothes while the Booster Club parents prepared a BBQ. Cadets enjoyed good  food and fun games for the remainder of the evening. 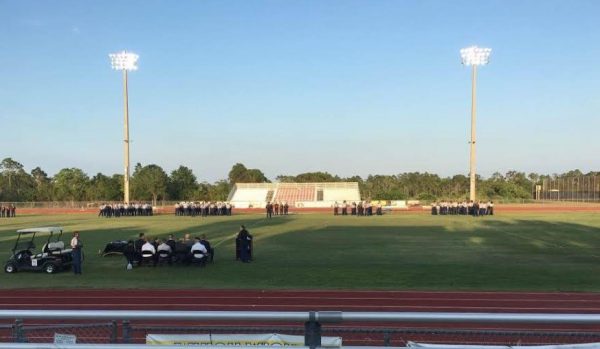 Jaguar Battalion at the beginning of the ceremony
Picture by: Brianna Harris 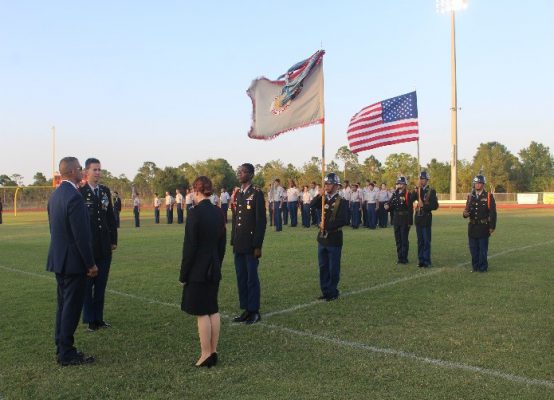 Passing of the Colors
Photo by: Brianna Harris 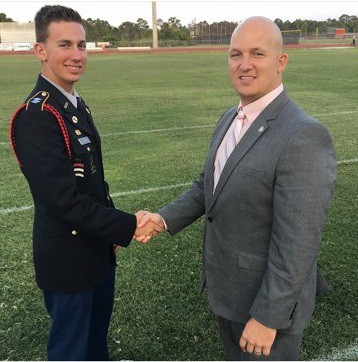