On Saturday, December 5th, the Port St. Lucie HS JROTC Jaguar Battalion traveled to Keiser University to present the colors for the Wheels and Motors Car Show. The car show featured many different cars such as Corvettes and Maseratis, as well as classics such as Packards and a McLaren. Commanding the presentation of the colors was Cadet Command Sergeant Major Mayoliv Hernandez, followed by Cadet First Class Mery Fuentes as state flag bearer, Cadet First Sergeant Devin Callwood as right guard, and Cadet Second Lieutenant Catherine Cabellero as left guard. After the presentation of the colors, representatives of the car show rewarded the cadets of the color guard with a trophy to show their appreciation. 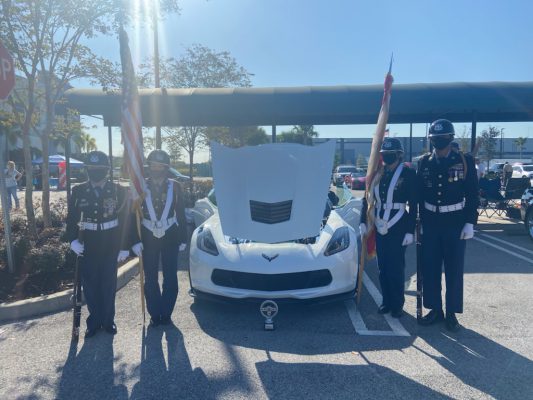