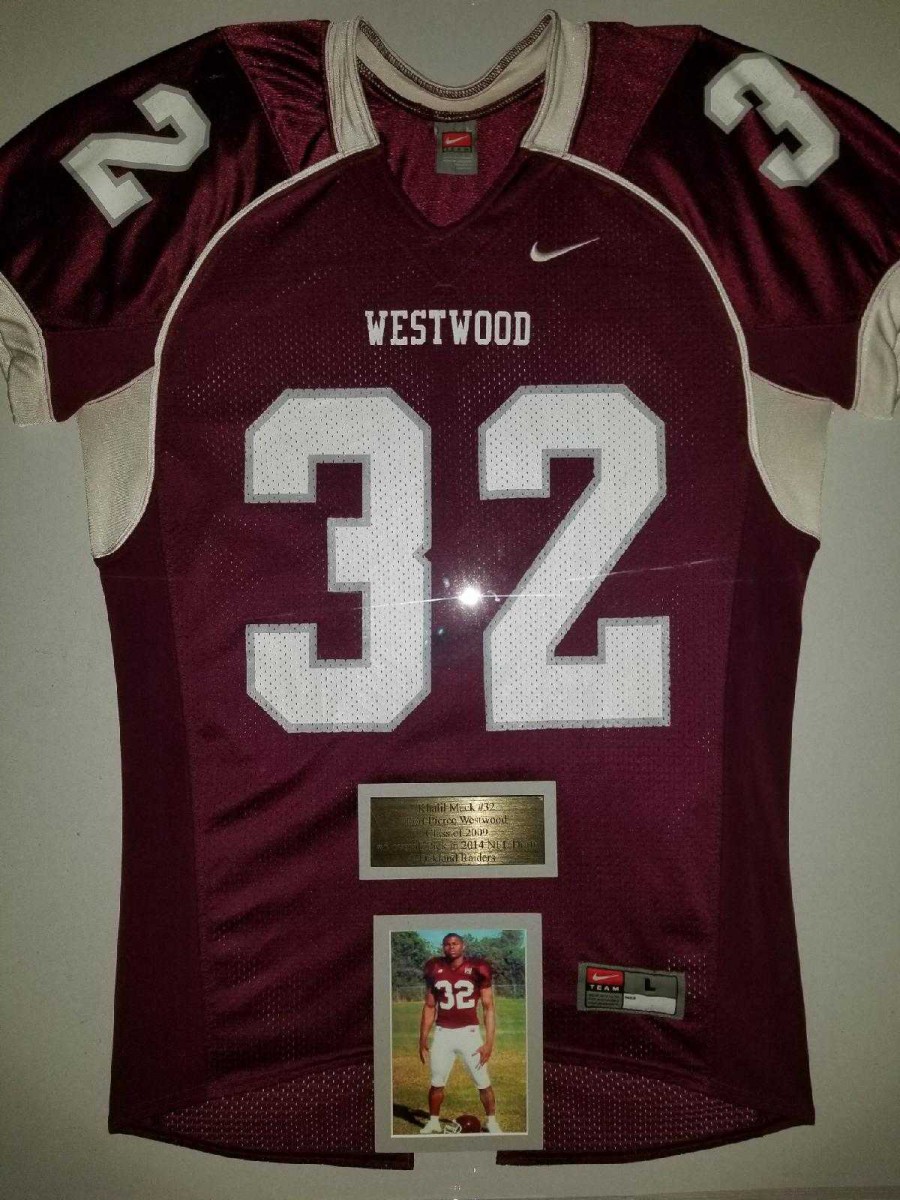 Fort Pierce, FL – Fort Pierce Westwood High School football jersey #32, worn by legendary Oakland Raider Khalil Mack, will move to the distinguished ranks of retirement in a pre-game ceremony at 7 PM on May 17, 2018 at Lawnwood Stadium in Fort Pierce.  Fans are invited to show their Panther Pride and celebrate Mack’s on-field and off-field accomplishments as his jersey takes its place alongside #20 Craig Swoope and #6 Ryan McNeil.

St. Lucie Public Schools Athletic Director Jill Willett said Mack will be in attendance along with family members.  “We are very excited to honor such a distinguished athlete.  He gives just as much off the field as he does on the field by volunteering to speak to local student groups and serving as a positive role model,” she added.

After graduating in 2009, Mack attended the University of Buffalo on a football scholarship where he was a First Team All American in 2013.  He holds the all-time NCAA record for forced fumbles and is tied for career tackles for loss.  In 2014, this defensive all-star was drafted fifth overall in the NFL Draft to the Oakland Raiders where he was named by ESPN as the Defensive Rookie of the Year.  Mack holds the Oakland Raiders franchise record for sacks in a game, and he became the first NFL player in history to be named to the first team All Pro team in two different positions in the same year.  In 2016, Mack was named the NFL Defensive Player of the Year and in 2017, he was selected to his third straight Pro Bowl Team.

After the ceremony, Fort Pierce Westwood takes on Sebastian River in their Spring Game.  Gates open at 6:15 PM, and there is a $6 admission fee.

St. Lucie Public Schools (SLPS) ranks fifth in Florida and proudly serves as the highest-ranking District on the Treasure Coast with a graduation rate of 90.1 percent.  As a B rated District, there are no failing schools, and SLPS has the distinction of being recognized as one of St. Lucie County’s Best Places to Work.  The mission of SLPS is to ensure all students graduate from safe and caring schools equipped with the knowledge, skills and desire to succeed. For more information, visit http://www.stlucieschools.org.