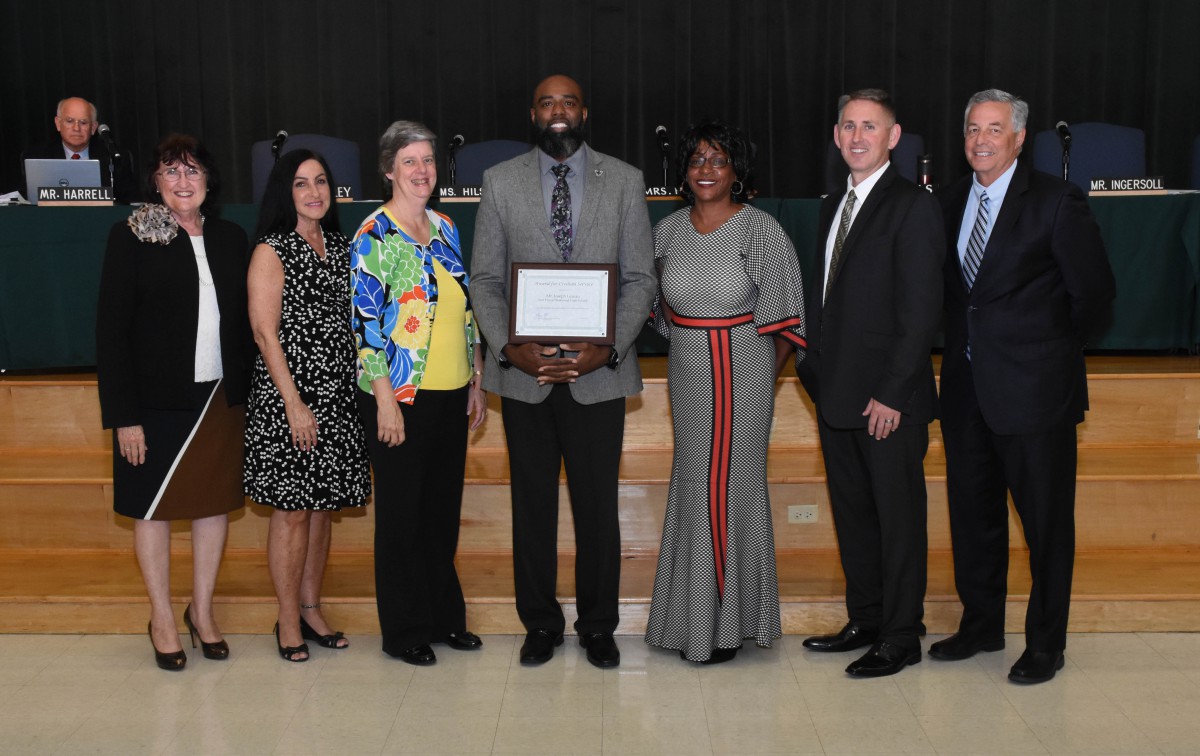 Last week during the high school’s JROTC Awards Ceremony, an impressive number of cadets earned awards for high academic accomplishments and were recognized for their citizenship, leadership, and community service.  At the close of the ceremony, CSM Frederico Dottin presented Mr. Lezeau with the Commander’s Award for Civilian Service.

In recognition of Mr. Lezeau’s commitment to a positive school culture, his public support of the JROTC program, and as an honored recipient of this award, he was recognized at the April School Board Meeting.