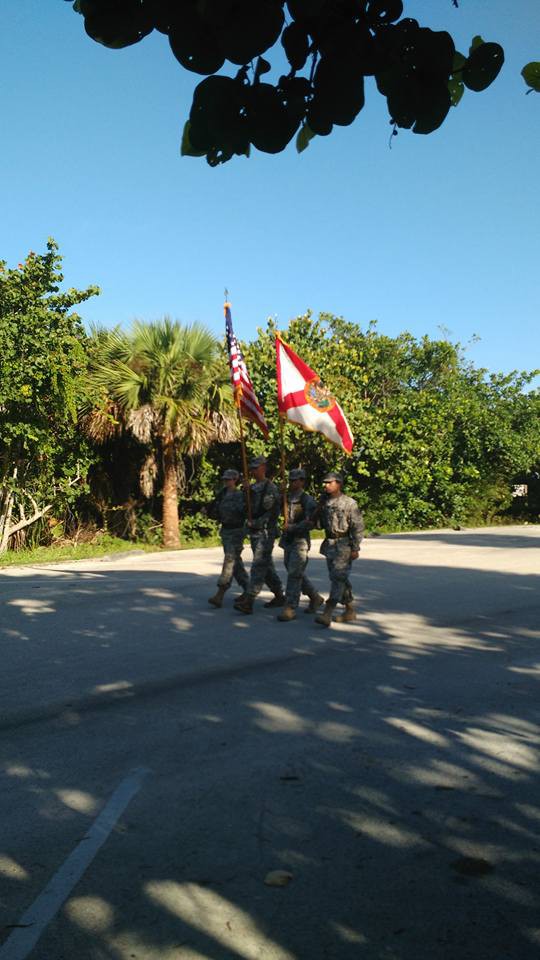 The Port Saint Lucie High School JROTC cadets were excited to present the colors and be part of the Wounded Warrior Surf Day.  Cadet Staff Sergeant Marco Nader led the Color Guard presenting the national flag, Cadet Captain Travis Cetin presented the state flag, and standing as the guards were Cadet Staff Sergeant Malver Casanas and Cadet Major Kaylee Zuidema.  The Color Guard marched behind the bag pipe player leading the warriors and their families to the event.  The volunteers and participants were grateful for the cadets and the Color Guard. At the end of the event, Port Saint Lucie High School JROTC was presented with a picture frame signed by all the volunteers to show their gratitude.  We look forward to doing a Color Guard for the event again next year.