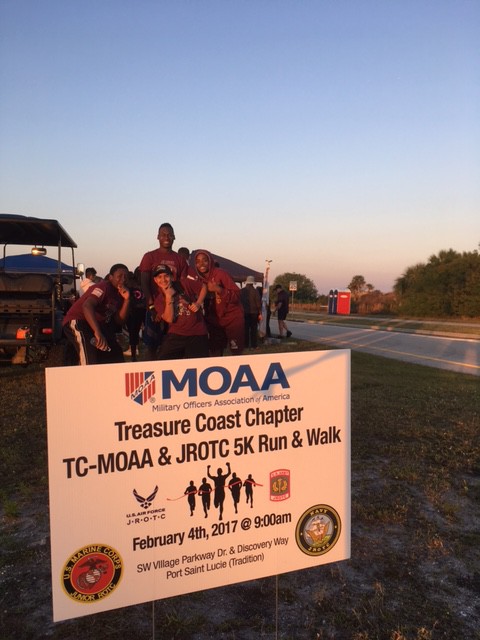 Cadets from the Panther Battalion recently competed in the Treasure Coast Chapter Military Officer Association of America – JROTC 5K Run/Walk. The run was held on Saturday, February 4th in the Tradition area of Port Saint Lucie, Florida. A number of cadets assisted with the event by handing out refreshments, parking cars, and setting up for the event. The rest of the cadets competed in the run. These cadets, although tired, pushed through and finished the run. They gave it their all. In the end, the Panther Battalion came in 3rd place as a team out of five schools. Individual awards were also won. Cadet Captain Jennifer Arriola placed 2nd in her age category (13-18) and took home a medal. Lieutenant Colonel (Retired) Scott Caldwell placed 1st in his age category, closely followed by Command Sergeant Major (Retired) Federico Dottin who placed second in the same age category.