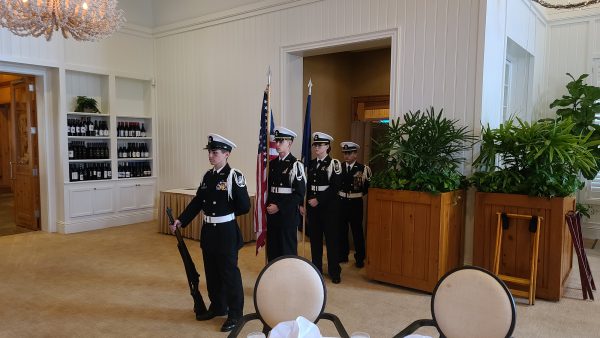 The SLW Centennial NAVY JROTC provided a Color Guard for the Navy League Treasure Coast Council.  The Navy League hosted their first meeting of the fiscal year at the Quail Valley River Club in Vero Beach, Florida, celebrating the 246th birthday of the U.S. Navy on Tuesday, October 19th at 11:30 AM. The theme of the event was the “Evolution of Naval Special Warfare and a US Navy Seal Museum Update.” The Guest speaker was CDR Grant Mann, USN SEAL (ret.) and Executive Director of the Navy Seal Museum. 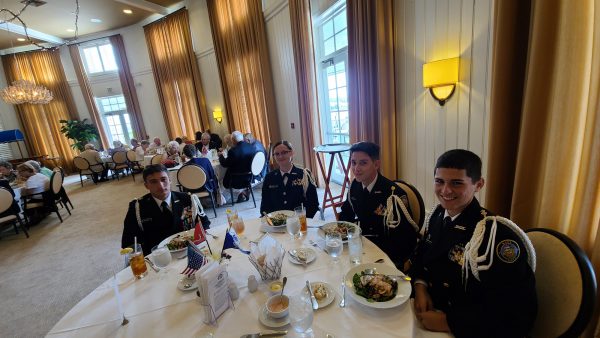