Schools Advance to State Competition for Odyssey of the Mind 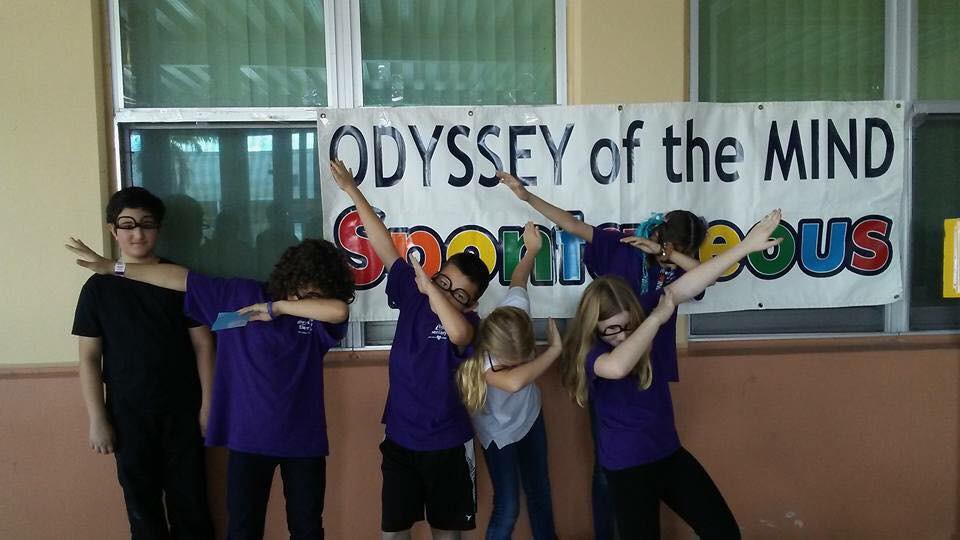 Teams from three St. Lucie Public Schools will advance to the Florida State Odyssey of the Mind Tournament on the campus of the University of Central Florida on Saturday, April 8. Rivers Edge Elementary, Morningside Elementary, and Lincoln Park Academy will join hundreds of other problem solvers vying for top spots in order to proceed to the World Finals in May.

Odyssey of the Mind is an international educational program that provides creative problem-solving opportunities for students from K to 12th grades. Team members apply their creativity to solve problems that range from building mechanical devices to presenting their own interpretation of literary classics. These school teams have already proven themselves successful as they were top finishers in the Regional competition and received an invitation to move on to the State level competition.

At Regionals, specialty awards were bestowed upon teams. Rivers Edge Elementary and Morningside Elementary received the Omer’s Award for great teamwork and Lincoln Park Academy was honored with Ra’natra Fusca Award for the most outstanding performance.