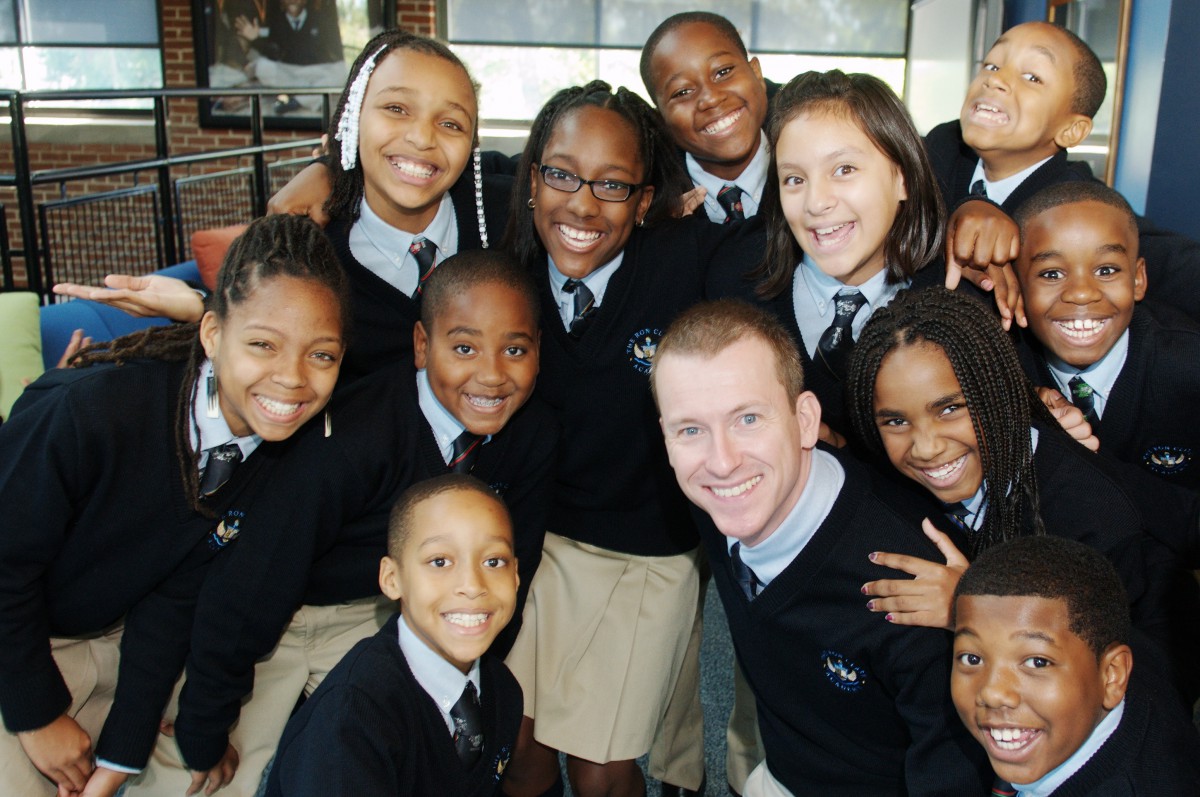 CAST Principal and hosting school leader Lori Reid said, “I’m thrilled to have Ron Clark as our keynote speaker for this inaugural year.  As a reader of his work, I look forward to Clark’s hold-on-to-your-hat approach and have encouraged our staff to get ready for a dynamic, heart-pumping message about hope, dedication, and a relentless attitude bent on achieving goals and dreams,” added Reid.

Approximately 300 staff members from the magnet schools will fill the auditorium at CAST.  According to Jane Whitaker, coordinator for the magnet programs, Clark’s visit is grant funded, and he will support growing the vision for 2018-19 in his address.

Sometimes referred to as “America’s Educator,” Clark is a sought-after keynote speaker known for his outstanding success with students from low-wealth areas of North Carolina and New York City that led him to be named Disney’s American Teacher of the Year. He is a New York Times Best Selling author, and his classes have been honored at the White House on three separate occasions. Clark’s teaching experiences in New York City are the subject of the uplifting film, The Ron Clark Story, starring Matthew Perry.

Currently, Mr. Clark serves as a teacher and administrator at the Ron Clark Academy, an award winning and internationally acclaimed middle school in Atlanta, GA.

St. Lucie Public Schools (SLPS) proudly serves students as the highest-ranking District on the Treasure Coast and fifth in Florida with a graduation rate of 90.1 percent.  As a B rated District, there are no failing schools, and SLPS is amongst the State’s top one-third for school grade rankings.  The District also has the distinction of being recognized as one of St. Lucie County’s Best Places to Work.  The mission of SLPS is to ensure all students graduate from safe and caring schools equipped with the knowledge, skills and desire to succeed. For more information, visit, http://www.stlucieschools.org.