Robert Golden has been heralded by many as a hero, a courageous individual, a compassionate humanitarian; he is a senior at Port St. Lucie High School who was on his way home from school one afternoon in December when he witnessed an injured motorcyclist.  Realizing the situation was dire, Robert stepped forward into the midst of onlookers, asked for a belt to create a tourniquet to help stop the bleeding until first responders could arrive on scene. He is credited with saving a man’s life.

On Tuesday, January 9, members of the School Board and Superintendent Gent recognized Robert for his valiant efforts and also took the opportunity to say thank you on behalf of the entire District. 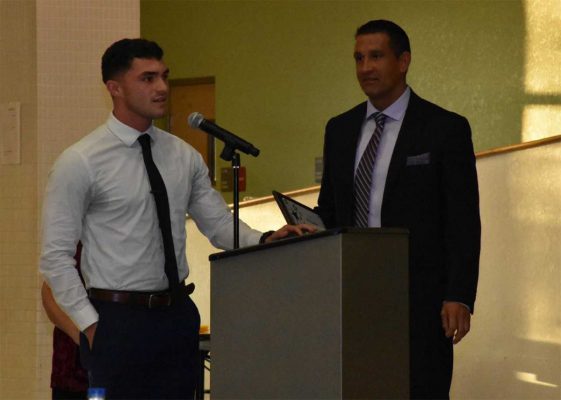 “Sometimes a career picks you.”  Impactful words spoken from the heart as Robert Golden addressed School Board Members with Principal Adrian Ocampo by his side.