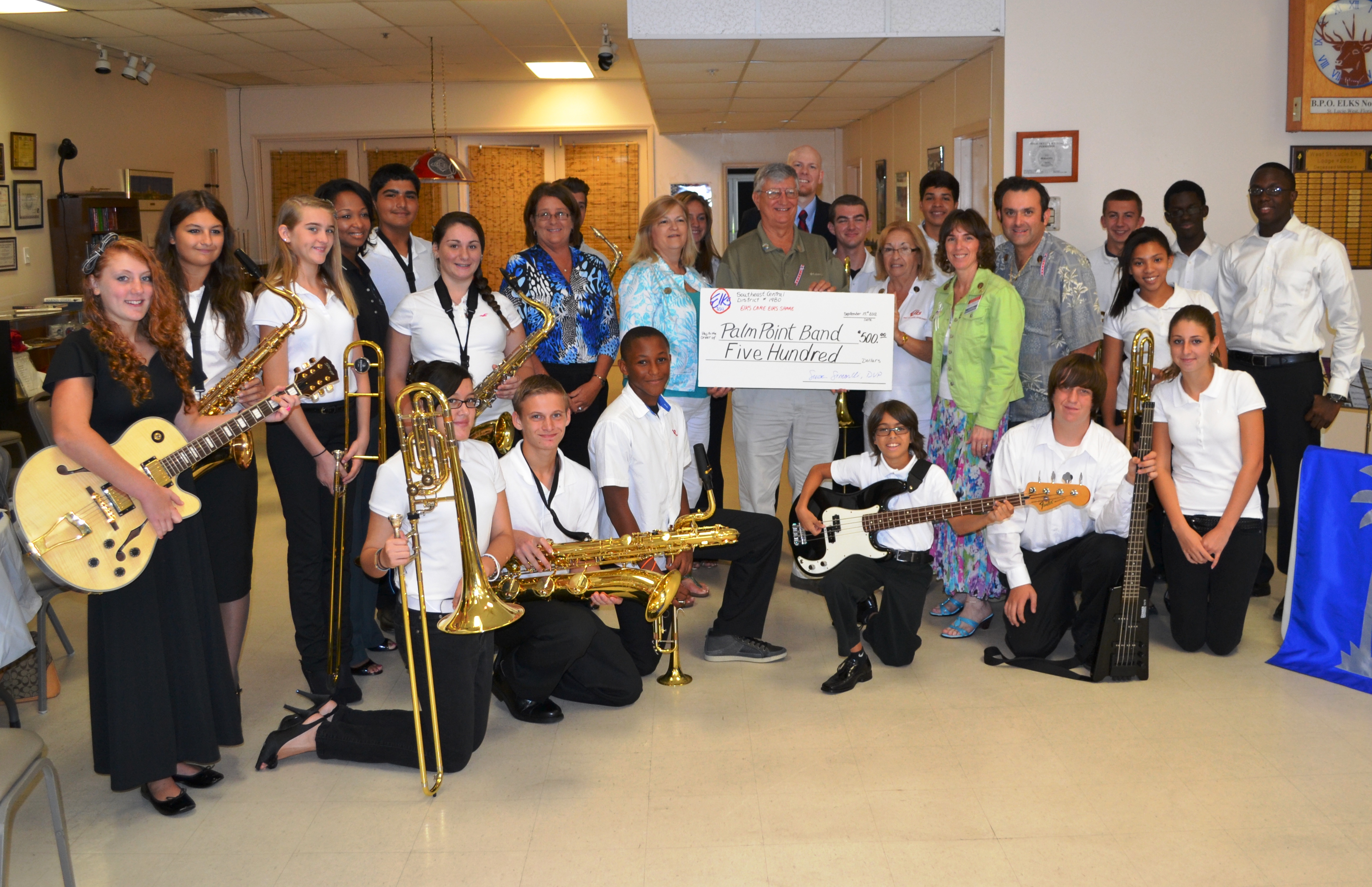 The Palm Point Educational Research School at Tradition Rocket Jazz Band was recently invited to play at the St. Lucie West Elks Lodge during a luncheon held in honor of the visiting state president of The Elks Association. Palm Point Principal Debra Snyder and assistant principal Latricia Thompson joined members of the community as guests at the special event. The band consists of current and former students who now play in local high school bands. The musical selections consisted of jazz, blues,swing,funk and rock selections. After the performance, the president presented a $500 donation to the Rocket Jazz Band. Pictured is state president Sean Maguire, along with his wife Barbara, presenting the ceremonial check to the band.