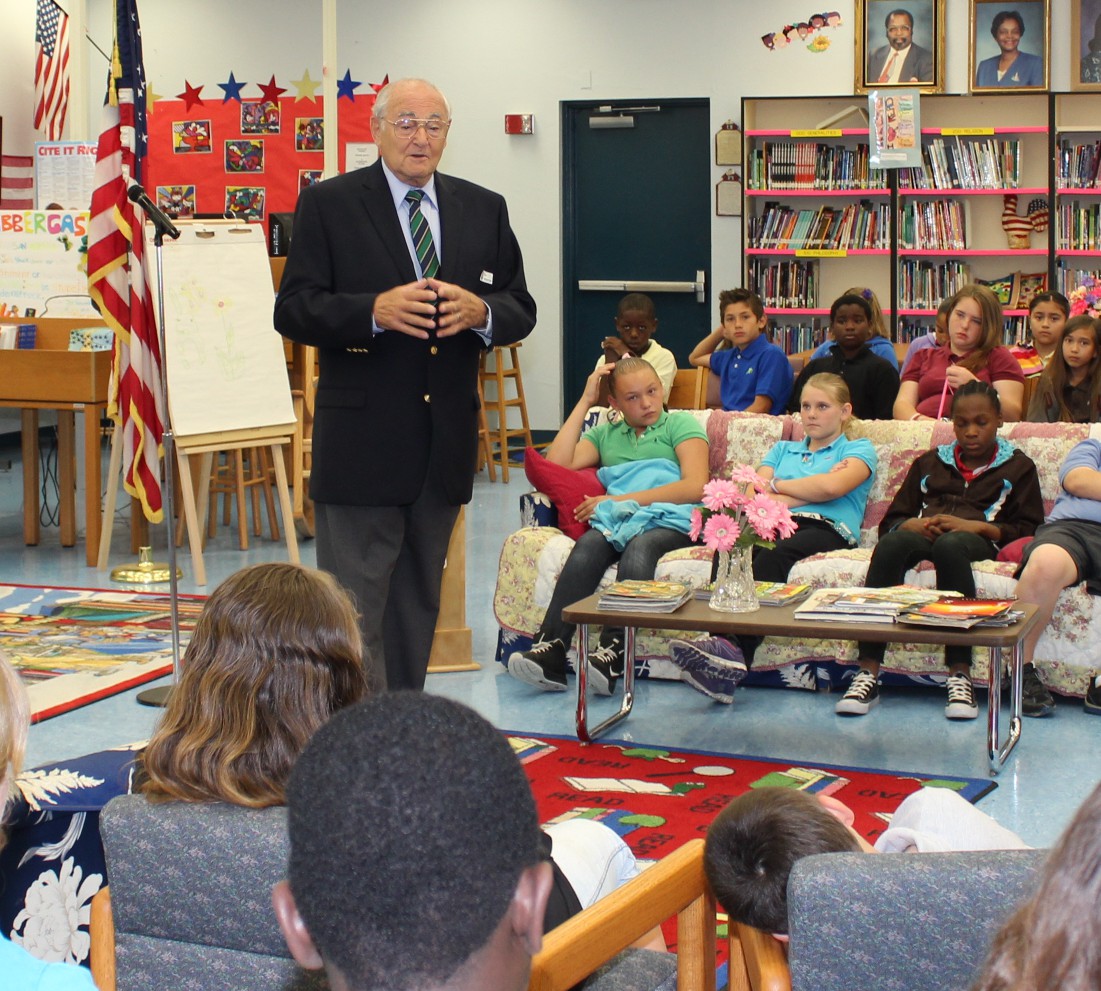 Northport K-8 fifth grade students in the classrooms of Judy Fowler, Charlotte Tombline, Tracey Healy, Nichole Robinson and Valerie Niewieroski deepened their knowledge and insight of the horrors of the Holocaust and scaffolded new information about World War II, Hitler and the Nazi Occupation by listening and interacting with speaker and Holocaust survivor, Peter Feigl, who was one of the children who was saved by the 5000 French villagers from Chambonne who assisted countless homeless children. Students were enthralled by the information and asked many questions including heartwrenching questions about the loss of Feigl’s family. Feigl recommended a book called “Weapons of the Spirit” as an in-depth study about the children refugees of Le Chabannes, and students will view MTV’s special, “I’m Still Here” with narration and story that includes Feigl.  Feigl brought the Holocaust studies to the fifth grade level by tying his story into the issue of bullying and told the students that there were two reasons to stop bullying, because it is the right thing to do and because you may be next. Feigl served in the United States Air Force after his escape from the European Theater and his been married for 59 years, and has two daughters. He highly recommends the website: sfi.usc.edu/education/ow/peterfeigl for an interaction study between his journals and that of Anne Frank. His email is pefeigl@gmail.com. Pictured is Feigl as he speaks to students.