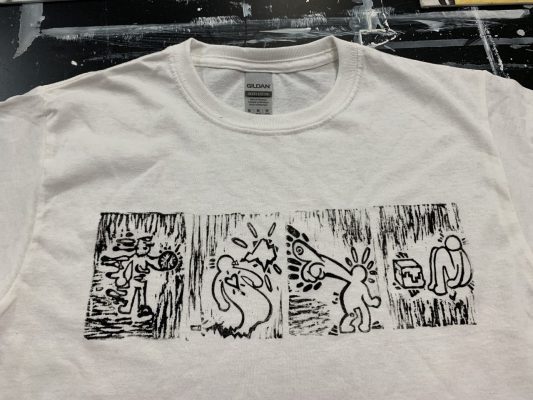 Inspired by Keith Haring’s style and influence, Drawing 2 students at Fort Pierce Central completed murals and t-shirts with their own symbols representing their life. Keith Haring commented on themes that were relevant to New York City’s fluidity in the 1960’s, such as teen drug use, greed, and building a community. Students picked themes that were broad enough to be felt collectively, such as power, tragedy, or control.  Students drew inspiration from their own personal experiences to make their symbols personal to them, while still executing them simply, consistent with Haring’s style. 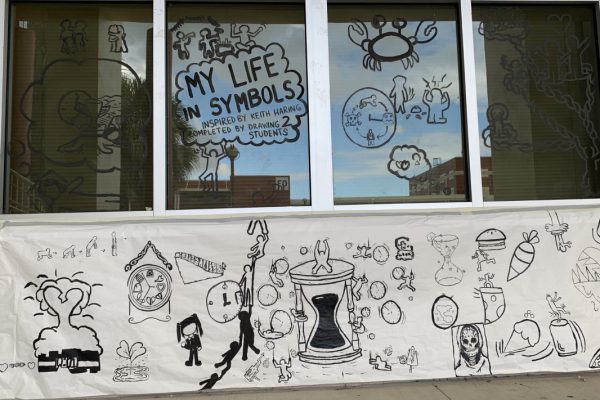 Keith Haring changed the art community with one important philosophy: art is for the people. To effectively spread his ideas broader than elite buyers’ attention, he mass-produced his artwork for a low price in the form of t-shirts, buttons, and stickers. To mimic this schism from traditional art-making, in the classroom, students were introduced to carving and printing on linoleum plates. They carved their symbols into the plates and printed them on paper, and on t-shirts, utilizing a printing press. They also painted their symbols on a mural outside of the classroom, using wall and window space. It was by displaying their work in a public place and wearing their t-shirts around the school for students and teachers to see, that culminated Haring’s influence on modern-day art-making. 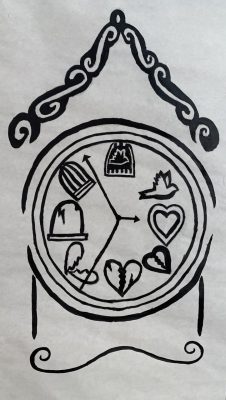 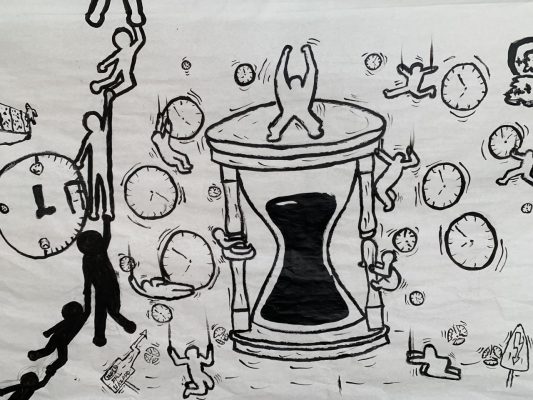 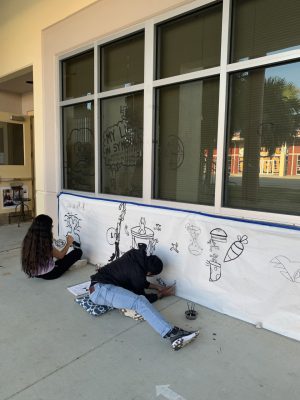 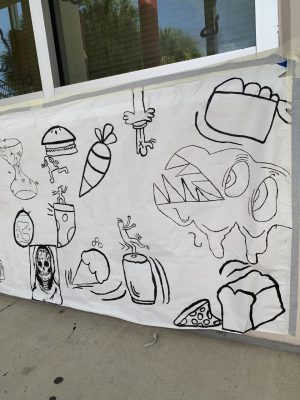 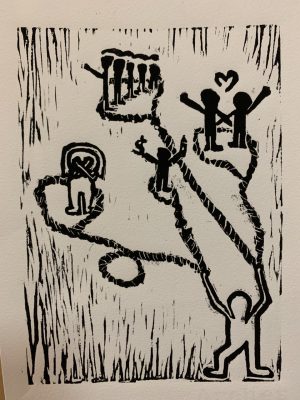 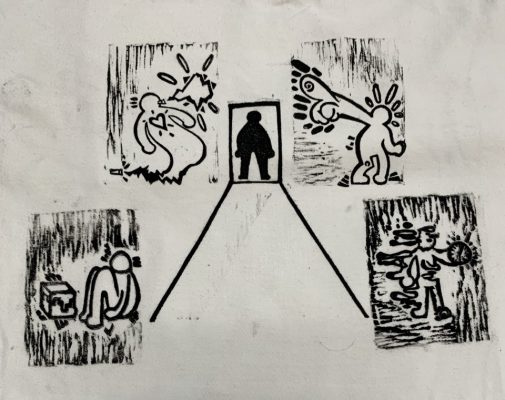 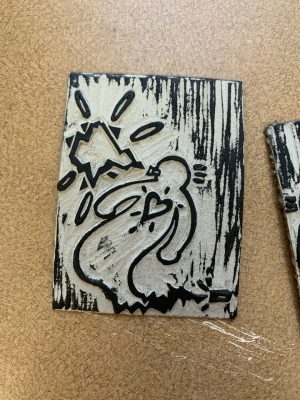