Veterans were welcomed into the cafeteria where they sat down and enjoyed various students sing songs and thank them for their service. 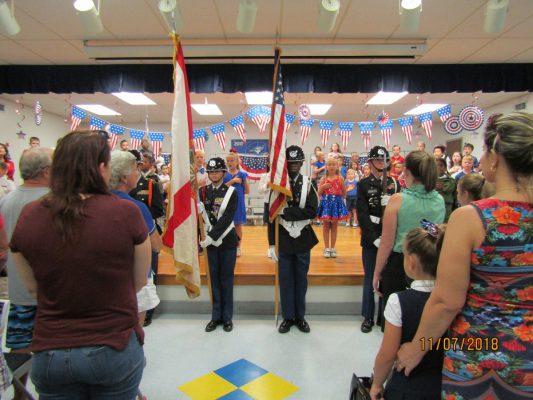