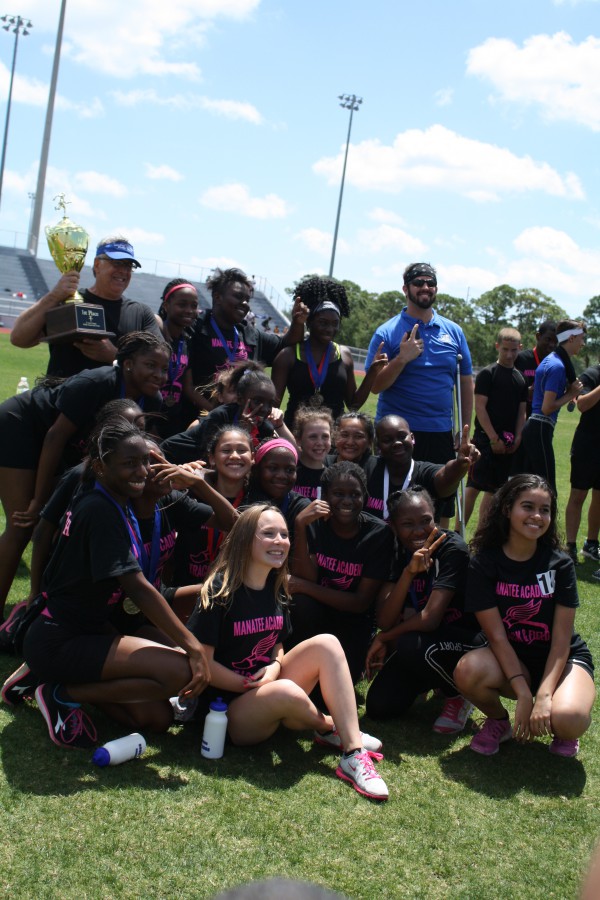 On Saturday, April 23, Saint Lucie County middle schools participated in the District championship track meet at Lawnwood Stadium. For the third year in a row, the girls team from Manatee Academy took home the championship. The boys team outperformed expectations and were a close runner up, finishing only 12 points away from their second consecutive trophy.  Head coach Chuck Pilson credits a rigorous training regiment that started in September to prepare his athletes for success.

The girls team, composed of 6th-8th grade students, dominated the field. Manatee finished first in every event except two and more than tripled the point total of the second place team. The 3-peat is even more impressive considering this is only the fourth year of Manatee’s existence in the district track program.

Coach Pilson was assisted this season by Kyle Pilson, Ashley Eldridge, and Shotput Coach Caleb Bihari. All the coaches would like to thank the fans who came out to support the team. See you next season! 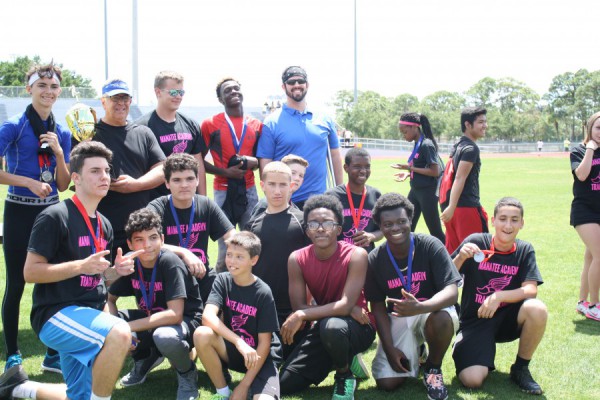 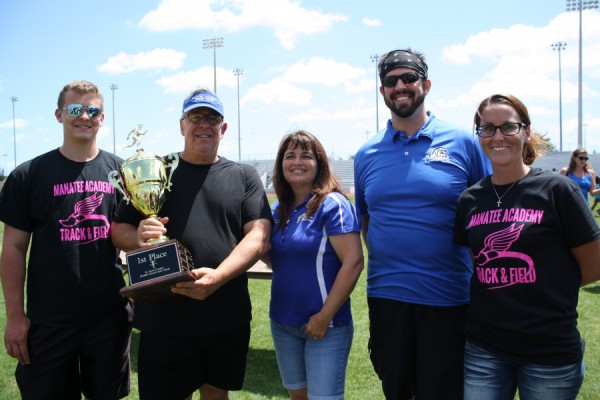