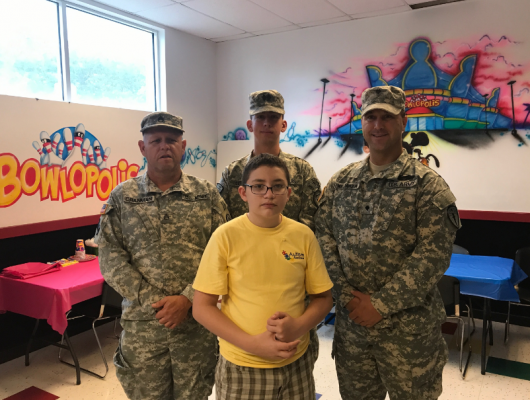 William at his 13th birthday party at Superplay USA.

William is on the autism spectrum, and he has experienced bullying. For his birthday, all William wanted was for his friends to show up to his party.

To his surprise, over 1,000 people showed up to celebrate his birthday. Battalion Commander cadet Lieutenant Colonel Travis Cetin wanted to show that not only his community supports him but the Jaguar Battalion supports him. The birthday bash was a joyful event with friends, family, and community members.