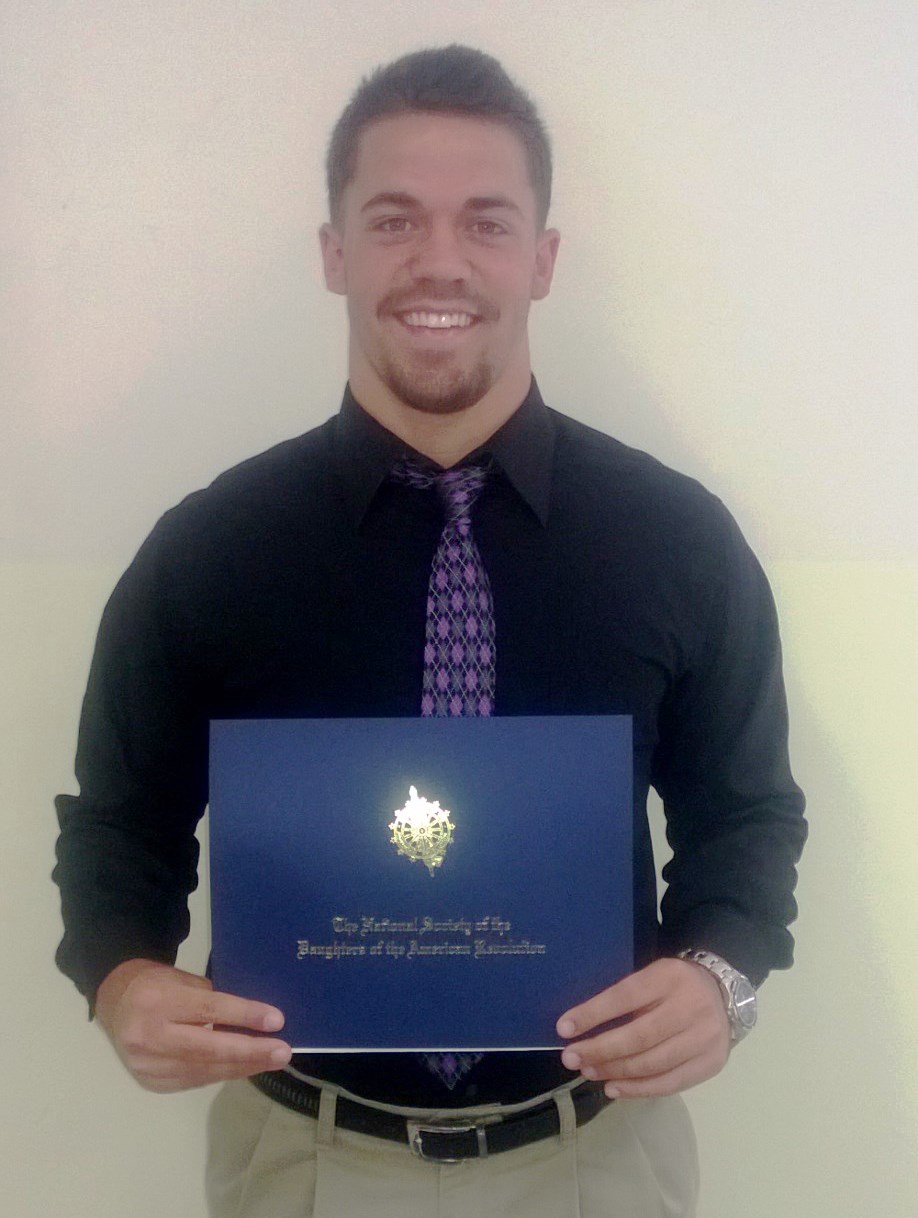 Fort Pierce Central High School senior Hunter Sciscente was recently presented with the Daughters of American Revolution (DAR) Good Citizen Award at St. Andrew’s Episcopal Church Parish Hall for his outstanding contributions to the community. Being the regional winner, Hunter has since completed an essay on Personal Heritage, which is currently being submitted to the DAR statewide competition along with his well-earned credentials. Hunter, who was the FPCHS Homecoming King this year and was named to the All Area Defense team in football, will graduate with a 4.6 wighted GPA and intends to major in Biology and then attend medical school.