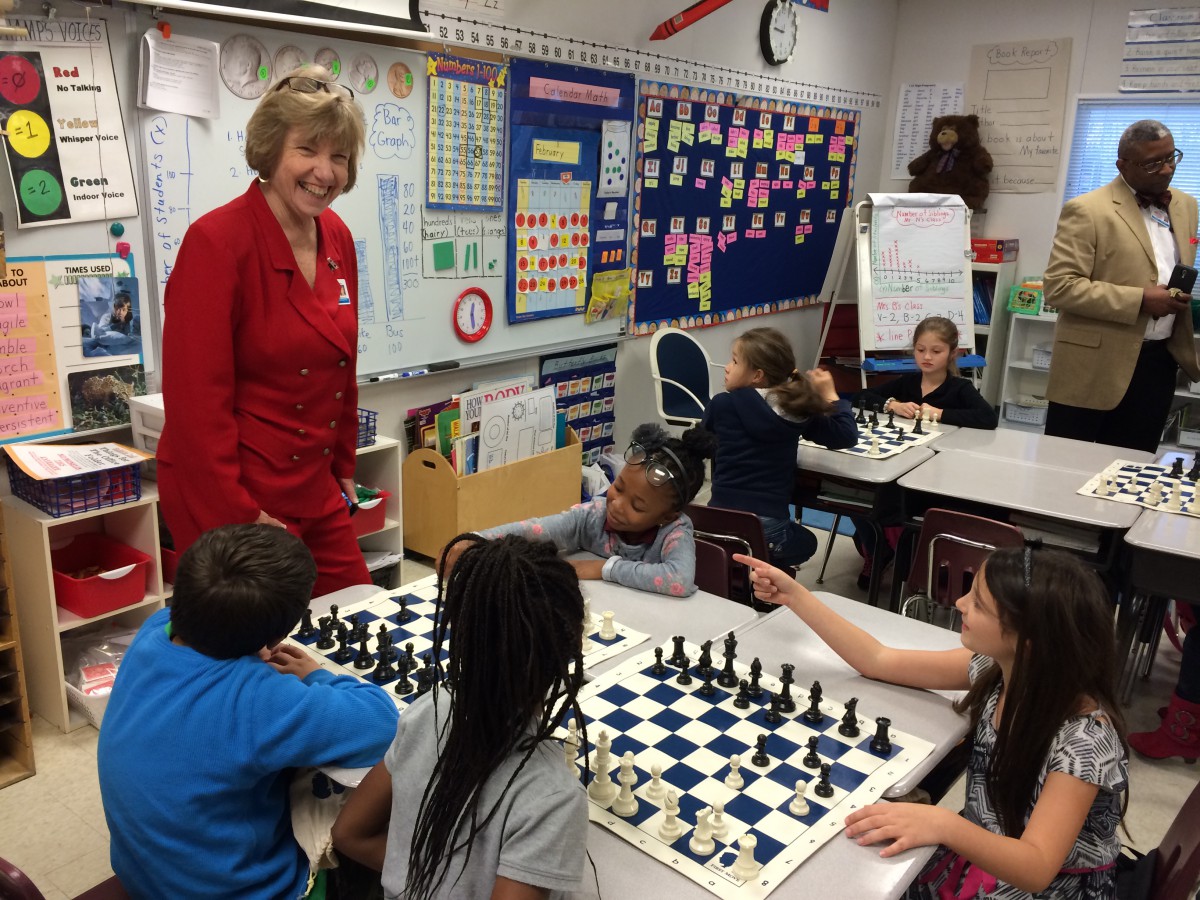 On Friday, February 6, Mrs. Yost and Dr. Perry visited Mariposa’s second and third grade classes who were participating in the District’s pilot chess program called First Move. From the beginning of the year, these students and their teachers have learned how to play chess and even to develop strategies as they played the game. The picture shows Mrs. Yost and Dr. Perry with Mrs. Balletta’s second graders who were playing a match against other children in the class.