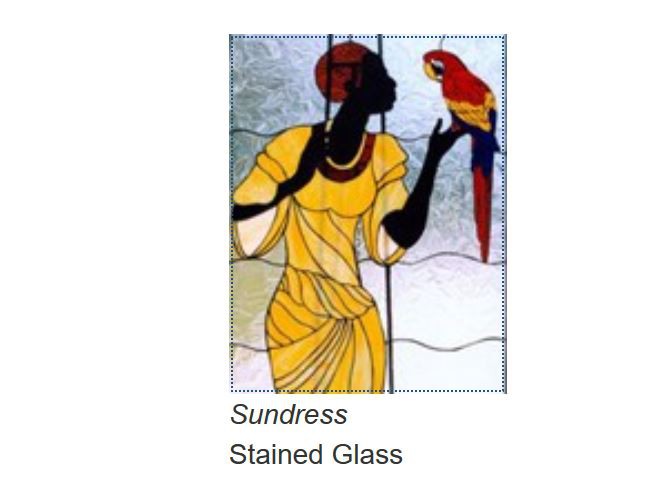 Tallahassee-based artist Thomas H. Lewis aims to create one-of-a-kind colorful, detailed, complex and exciting works of stained glass art that capture and translate images in a manner that reflects the reality, emotion and true nature of the subject being presented.

Lewis has worked in the medium of stained glass for more than 23 years. His concentration has been in perfecting the copper foil technique, which allows the subject to be translated onto glass in realistic detail. The objective in all of Lewis’ work is to achieve a detailed realistic presentation of the subject; be it humans, flowers and plants, animals or birds.

In 2002, Lewis was commissioned by the Department of State’s Division of Cultural Affairs Art in State Buildings Program to design, create and install the signature work of art for the entrance lobby of the South Walton County Health Department in Santa Rosa Beach, Florida. The twelve-foot long, four-panel piece of work is titled “The Estuary on the Emerald Coast.” It is a detailed four-panel copper foil stained glass presentation of the water, sky, plants, animals, birds and aquatic life indigenous to Walton County, Florida.

In the spring of 2002, Lewis was selected as the featured artist in the FLA-VOUR Magazine. A quarterly statewide publication that captures Black Florida life and style.

Lewis is a graduate of Kentucky State University with a B.S. in Accounting and Economics and he received his Master’s in Urban and Regional Planning from the University of Pittsburgh. Following a 43-year career in community development, urban revitalization and education at the local, state and federal government level, Lewis retired in 2012 as the Director of the Department of Economic and Community Development for the City of Tallahassee.