In the Senior Awards category, Ramei Boothe of 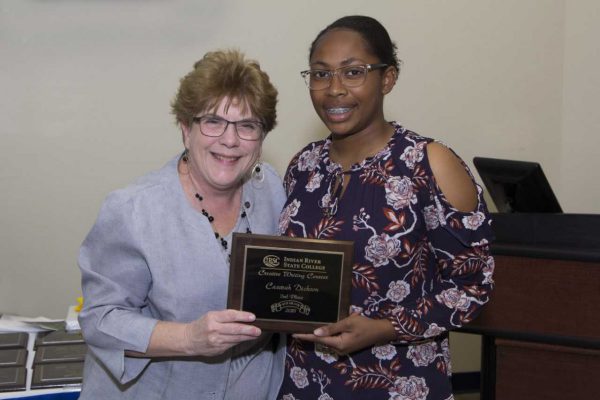 Somerset College Preparatory Academy (SCPA) received first place and won an IRSC scholarship for a series of poems portraying the struggles and emotions of a teenager in a minority community. Zahir Karim also of SCPA earned second place for a short story about the ruthlessness of destiny, and Stephanie Cuello-Martinez of SCPA won third place for a series of poems about hunger, obesity, school violence and teen shaming.

In the Junior Awards category, Sarah Welborn of Okeechobee High School (OHS) received first place for a science-fiction short story about human blood changing colors when crimes are committed. Isabelle McConville of Lincoln Park Academy (LPA) earned second place for a short story about seeking purpose in life as an artist, and Ryan Dakin of LPA won third place for a comedic series of poems about judging poetry contests, the artificiality of “natural” soda flavors and poetry structure likened to board games.

In the Sophomore Awards category, Marissa Ward of LPA received first place for a short story about writing as a saving grace from depression. Marley Elmore of SCPA earned second place for a series of poems about gender, sexuality, t 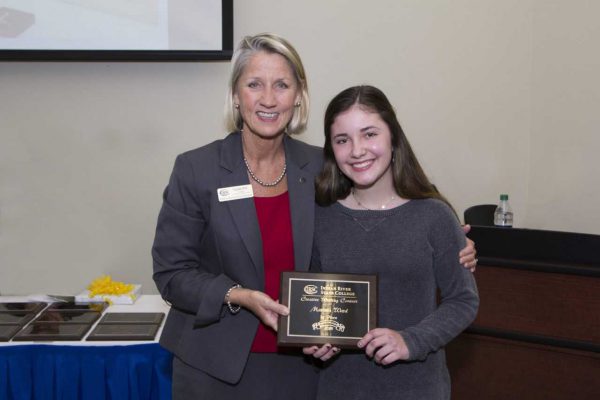 he future of teenagers in underprivileged neighborhoods, and challenging the status quo. Alize Merchant of OHS won third place for poems about hopelessness and fear of failure.

The winners were recognized at an awards ceremony March 29 at the Brown Center for Innovation and Entrepreneurship at the IRSC Main Campus in Fort Pierce.