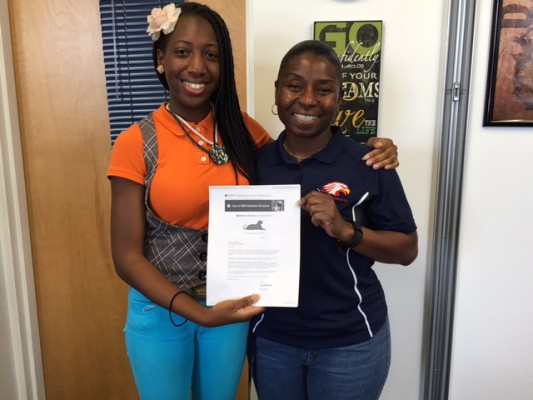 Satchel Joseph, the 2016 SLWCHS valedictorian, has been accepted into four Ivy League Universities: Cornell, Dartmouth, Princeton, and The University of Pennsylvania.

She was also accepted by Georgia Tech and Duke. All of the institutions offered her substantial scholarships ranging to more than $70,000 per year. Satchel is leaning toward attending Princeton, which accepted a mere 6% of this year’s applicants.