Under the direction of Band Director Jim Lebon, students from the Southport Middle School Band recently performed at the Florida Bandmasters Association District 13 Concert Music Performance Assessment, a yearly festival that is judged by well-known professionals from our state.  The festival was held at Treasure Coast High School.  The band prepared three pieces for stage performance: Enterprise March, Theme and Variations, and Sea Song Fantasy. 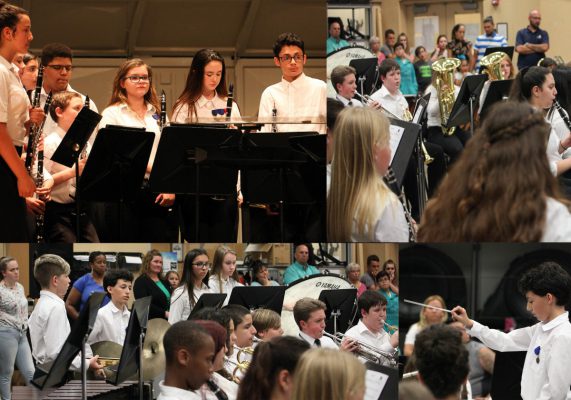 After the stage performance the band moved from the stage to the band room and sight read two pieces. They had three minutes to prepare a march and five minutes to prepare an overture.  During the prep time the band and the director could do anything except play their instruments.  After the sight reading was over, Raul Alvarez presented his preparation of Fantasy On A French Folk Song as a student conductor. 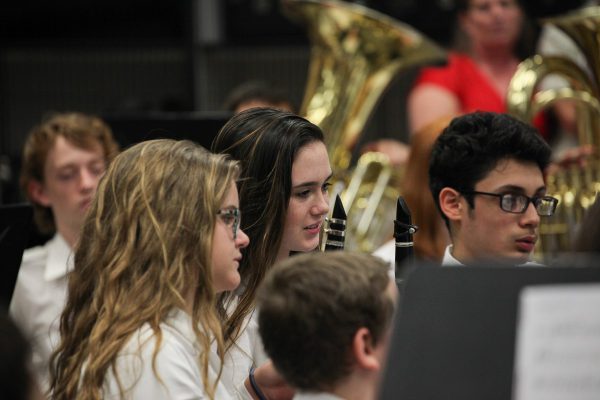 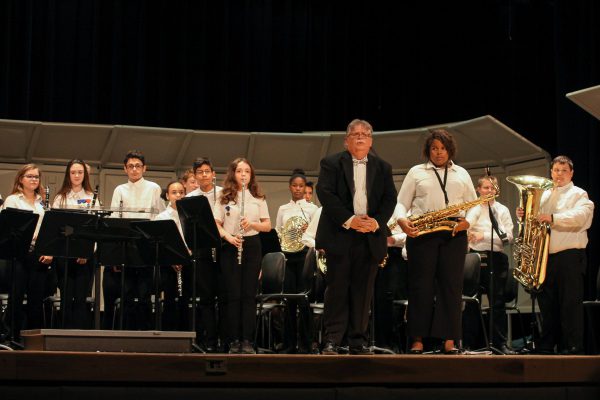