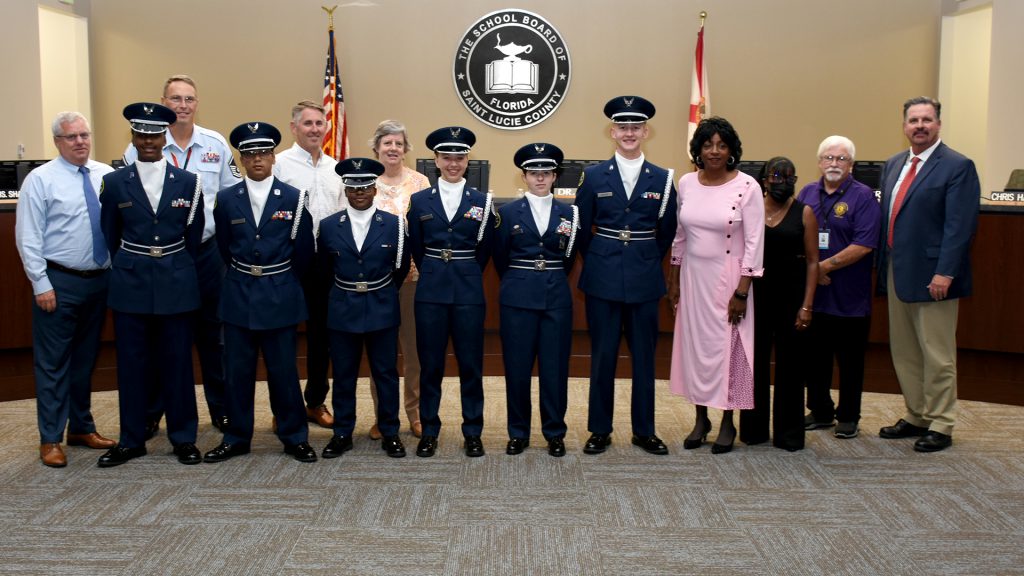 During the September 13th board meeting, the Treasure Coast High School JROTC performed a flag folding ceremony for those in attendance.

For more than 200 years, the American flag has been the symbol of our nation’s unity, as well as a source of pride and inspiration for millions of citizens.

Born on June 14, 1777, the Second Continental Congress determined that the flag of the United States be thirteen stripes, alternating between seven red and six white; and that the union be thirteen stars, white in a blue field representing a new constellation.

Between 1777 and 1960, the shape and design of the flag evolved into the flag presented before you today. The 13 horizontal stripes represent the original 13 colonies, while the stars represent the 50 states of the Union.

The colors of the flag are symbolic as well; red symbolizes hardiness and valor; white signifies purity and innocence; and blue represents vigilance, perseverance and justice.

Traditionally, a symbol of liberty, the American flag has carried the message of freedom, and inspired Americans, both at home and abroad.