ST. LUCIE COUNTY —  In what has become an annual tradition, the Treasure Coast High School (TCHS) Titan Band Executive Leadership Team participated in a leadership workshop at Penny’s Band Camp.  In mid-June, Eckerd College in St. Petersburg hosted this well respected four-day camp which has been training student leaders since 1972.  Students from across Florida as well as from other states attended this camp to develop the skills necessary to lead their peers and their band programs to a successful year.

The Titan band leaders collaborated with others to learn about the strengths of different band programs and to gain ideas for enhancing their own programs.  Through role play, skits, and group discussions, participants also learned about successes and failures of others in order to become better leaders in their own right. Among the leadership topics that students explored were: integrity, honesty, goal setting, motivational skills, and responsibility.  TCHS Band Director Luke Hall said he could not be more proud of his leadership team. “Our student leaders know what it means to be ‘Titan Born and Titan Bred.’ Their talents, their leadership, and their actions will speak volumes for their high values and expectations for themselves and their peers.”

Hall reported that the team received numerous awards while at Penny’s Band Camp. However, most prestigious was the Penny’s Award.  For the second year in a row, the student leadership team won this award which recognizes the most outstanding school in the entire camp. It honors the school with the most participation, good citizenship, outstanding leadership, most pride, and most spirit at the camp. 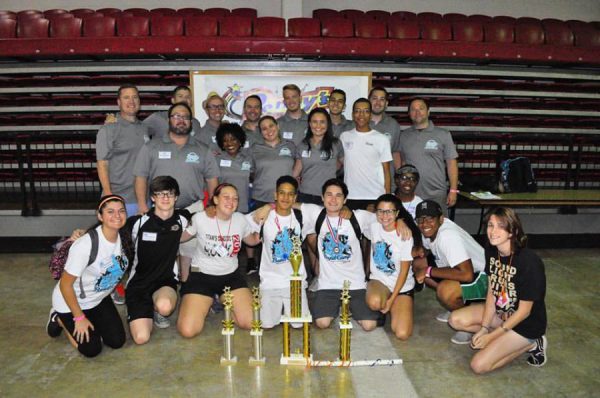