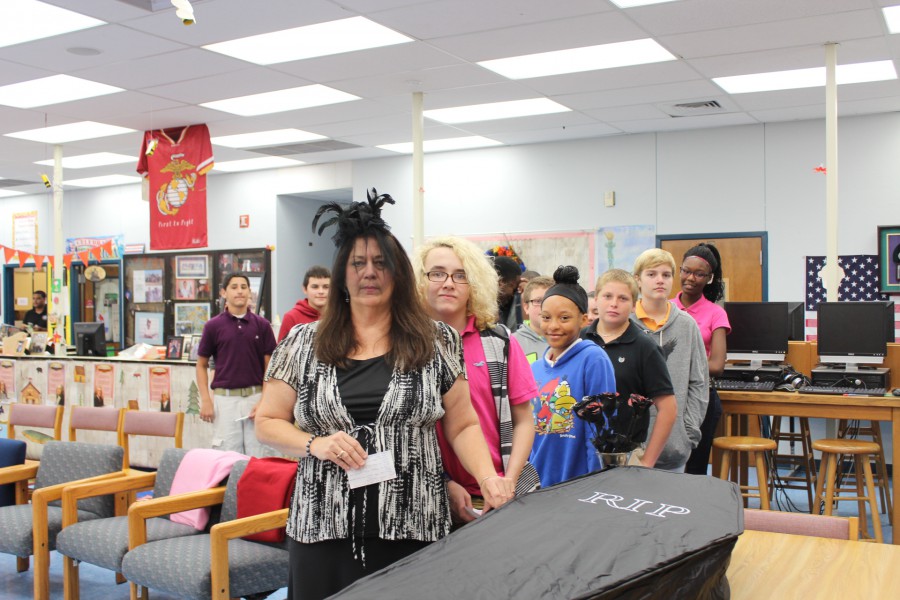 Northport middle grades students in Tracy Lejeune, Susan Matteson and Susan Smith’s classes participated in an activity filled with dark humor by attending a funeral in the school’s media center for “Dead” words. Students agreed that writing and the ability to use important words is more vital now than ever before. Students and teachers considered that personal and professional writing has become a digital representation of how each individual is perceived because whether it is applying for employment, applying for college or writing on the many thousands of blogs or digital media spaces that it’s not your physical appearance that is evaluated first, but your writing ability. Students formed a processional and dropped their chosen “Dead” words in a coffin and vowed to not use words such as, nice, good, happy, bad, ugly and tasty but to change their word choice to more powerful words such as delicious, tangy, raging, dreadful, alarming, jolly and delighted. The students and teachers enjoyed the satirical activity of exchanging words from lower level to higher level word choices and realized that their writing is really an extension of themselves and how each wants to be perceived by others. The teachers executed a brilliant lesson that was highly relevant to the emerging skills of writers who think and plan on a deeper level.