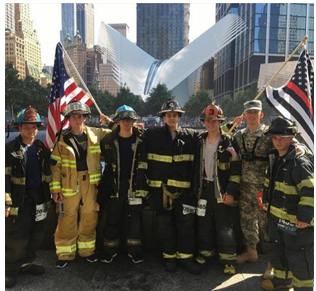 The Tunnel to Towers run is an event created two years after the occurrence of 9/11. The event symbolizes Stephen Siller’s final footsteps running in full firefighting gear from the foot of the Battery Tunnel to the Twin Towers. It pays homage to the 343 FDNY firefighters, 71 law enforcement officers, and thousands of civilians who lost their lives on the ill-fated day of September 11, 2001. It is expected to raise $2 million in proceeds for the Stephen Siller’s Foundation, Building for America’s Bravest program, which constructs and builds smart-homes for critically disabled veteran’s. Each home is custom built to compensate for their needs. The run itself allows firefighters the chance to mimic Siller’s glorious moment by running in their 60 pounds of full gear from start to finish line. The original event of this honorary run drew in 2,000 people, but with the news of the benefits that the Foundation has provided, this year’s event has drawn in close to 30,000 people. 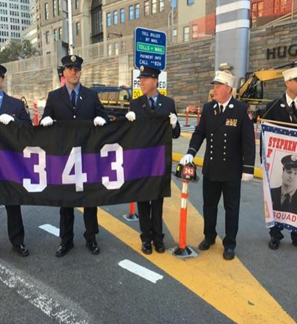 This past month on the weekend of September 27, Cadet Lieutenant Colonel Travis Cetin went to New York to participate in this event, fully suited in his ACU gear and uniform running for 3.5 miles. The run was a 5k run, starting in Brooklyn and ending in front of the World Trade Centers. After running out of the tunnels C/LTC Travis Cetin witnessed 400 hundred brave faces of people representing passed heroes from 9/11. He shook the hands of all 400 honorary personnel representing those who passed on 9/11. In C/LTC Cetin’s opinion, it was an amazing run with the added sense of the greatest image conjuring a heartfelt moment by seeing the faces of those lost represented by the firefighters who stood in their place on that day.