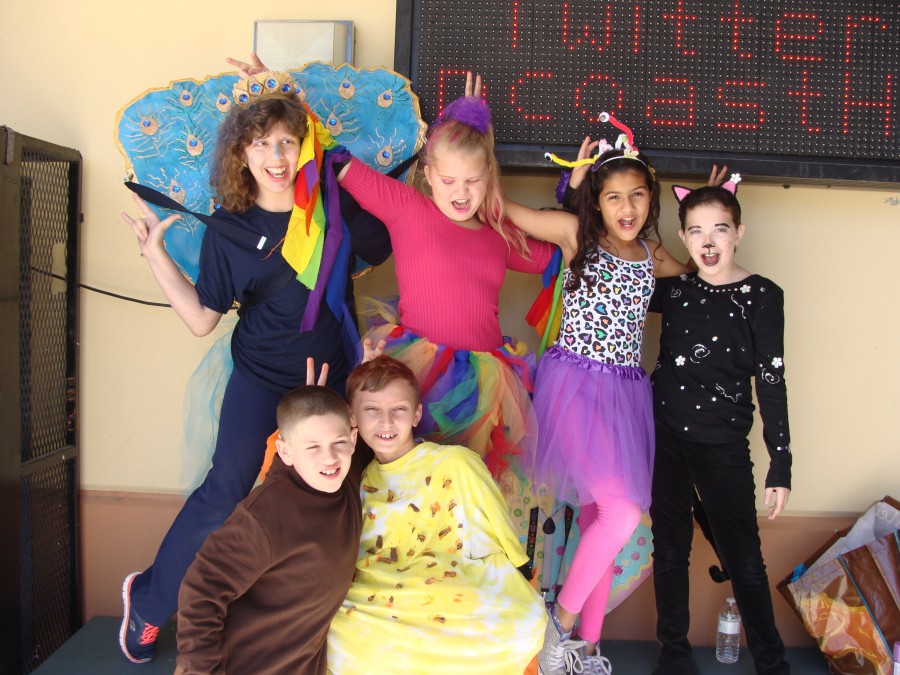 Mariposa Elementary’s Odyssey of the Mind team led by Mrs. Jennifer Scipioni competed in the Palms Regional tournament in Riviera Beach, Florida.  They competed in Division 1 for problem number 5 titled “Furs, Fins, Feathers and Friends.” They were one out of eight teams that decided to solve this problem. To solve this problem they created a comedic play about three animal friends (a hummingbird, a black panther, and a puffer fish) that helped a stranger get new pants, helped each other think positively with an adventure song, and helped all animals survive by finding King Arthur the Ant and helping him get back home.

All of their hard work paid off because they placed 2nd in their competition! A video of their performance was recorded to play over the morning announcements. If you see Samantha Gardner, Justin Horton, James Phillips, Sydnee Rubenstein, Alexandra “Allie” Smith, or Janellie Alvarez, make sure you congratulate them on their well-earned achievement. Plans are already underway to help prepare for next year’s competition. The team is already sad that Allie won’t be able to participate next year because she is moving to middle school. The search for her replacement is not going to be easy.