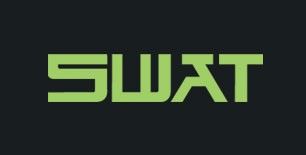 Nicolas Suarez, a St. Lucie Public Schools high school student and Students Working Against Tobacco (SWAT) youth advocate, was named the South Region Youth Advocate of the Year by the Campaign for Tobacco-Free Kids. This is one of the highest awards among the country’s top youth advocates working against tobacco.

Nicolas was honored in Washington, D.C. on May 10 along with three U.S. regional winners, a group winner, and a national winner. More than 400 public health, political, civic and business leaders attended the 21st annual Youth Advocates of the Year Awards Gala to recognize these young leaders.

The Youth Advocates of the Year Awards honor outstanding young people who are among today’s most effective leaders in tobacco control. These youth have fought hard to protect their generation from the dangers of tobacco by promoting tobacco prevention legislation, exposing tobacco marketing to kids, and keeping their peers from using tobacco.

“Nicolas is an outstanding leader in Florida’s SWAT movement, and he is very deserving of this national recognition for his dedication to youth tobacco prevention,” said Tobacco Free Florida Bureau Chief Kellie O’Dare. “His leadership is helping make the next generation tobacco free.”

Nicolas, 17, a senior at Lincoln Park Academy, became a tobacco control advocate after watching his mother struggle with smoking-related health problems. His joining Florida SWAT inspired his mother to quit smoking. He is a member of the statewide Youth Advocacy Board, which works with the Tobacco Free Florida program to set the direction and goals of SWAT and the youth prevention component of the state’s tobacco control efforts.

He developed interactive and informative events that highlight the toll of tobacco and the industry’s harmful marketing tactics that target youth. He also advocated in Port St. Lucie for policies to reduce tobacco use. He worked with the local government to grant proclamations to raise visibility for the Great American Smokeout.

As part of the award, Nicolas will receive an educational scholarship and grant to continue his prevention efforts. He will also serve as an ambassador for the Campaign for Tobacco-Free Kids. Nicolas, who is graduating high school on May 25, will attend Boston University this fall.

About the Florida Department of Health

The department, nationally accredited by the Public Health Accreditation Board, works to protect, promote and improve the health of all people in Florida through integrated state, county and community efforts. Follow us on Twitter at @HealthyFla and on Facebook. For more information about the Florida Department of Health please visit www.FloridaHealth.gov.

The department’s Tobacco Free Florida campaign is a statewide cessation and prevention campaign funded by Florida’s tobacco settlement fund. Since the program began in 2007, more than 159,000 Floridians have successfully quit using one of Tobacco Free Florida’s free tools and services. There are now approximately 451,000 fewer adult smokers in Florida than there was 10 years ago, and the state has saved $17.7 billion in health care costs. To learn more about Tobacco Free Florida’s Quit Your Way services, visit www.tobaccofreeflorida.com or follow the campaign on Facebook at www.facebook.com/TobaccoFreeFlorida or on Twitter at www.twitter.com/tobaccofreefla.