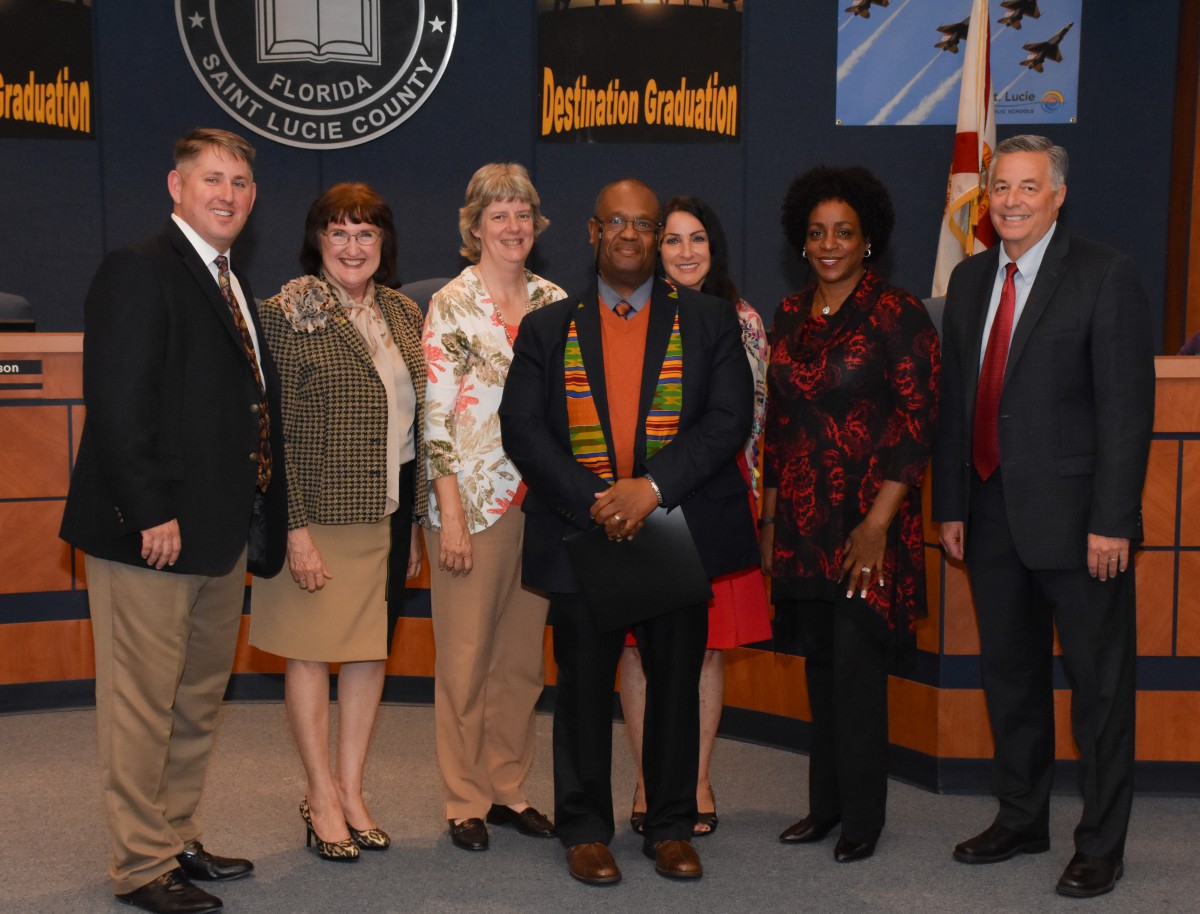 THE SCHOOL BOARD OF ST. LUCIE COUNTY

WHEREAS: The School Board of St. Lucie County takes pride in joining Americans throughout the country and various parts of the world in recognizing February, 2017, as National African American History Month; and

WHEREAS: National African American History Month had its origin in 1915 and was initiated in 1926 by Dr. Carter G. Woodson as Black History Week, as it coincided with the birthdays of Abraham Lincoln and Frederick Douglas, two key figures in the history of African Americans;  and

WHEREAS: This year’s theme, “Crisis in Black Education,” focuses on the crucial role of education in the history of African Americans, a history that is rich in centuries-old efforts of resistance to crisis  by the slaves’ surreptitious endeavors to learn to the local community-based academic and mentorship programs that inspire a love of learning and thirst for achievement; a theme worthy of being considered as one  of the most important goals in America’s past, present, and future.

NOW THEREFORE, BE IT RESOLVED, that The School Board of St. Lucie County does hereby proclaim February, 2017, as “African American History Month” and calls upon its schools and the community to observe this month with programs, activities and ceremonies that are recognized and promoted  throughout the district.