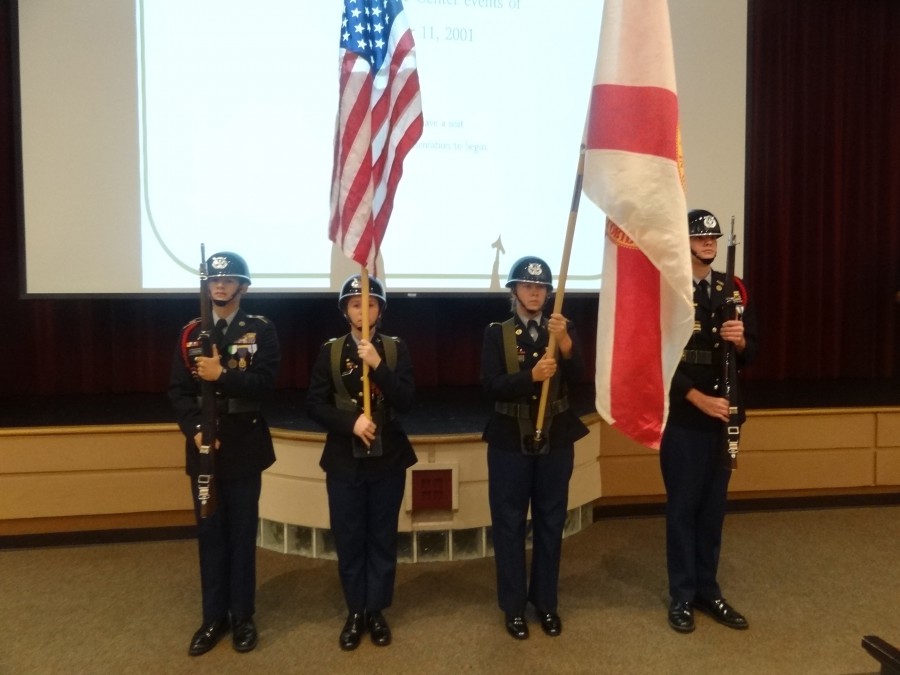 By: Kaylee Zuidema
September 11th is a day to have a moment of silence and remember all of the men, women, and children who died in the attack on the World Trade Center; it has been fourteen years since the Twin Towers collapsed. Port Saint Lucie High School held a ceremony in the auditorium to remind us what happened on that fateful day.
The JROTC cadets, Cadet Sergeant Major Adam Pagan, Cadet Command Sergeant Major Jamie Triplett, Cadet Major Catherine Zukowski, and Cadet Major Julian Taft presented the flags at the ceremony.
Deputy Rosario, who works at the school as a School Resource Deputy (SRD), shared his story with us. Deputy Rosario was a forensic officer at the time; he told us about the Bucket Brigade and how it was one of the hardest things he has ever had to do. The Bucket Brigade cleaned up the trash and remains from the fallen buildings.