Skip to content
The following pictures are from Mr Lewis’ 5th grade Science Class. They observed 10 changes together and had to decipher whether it was a physical or chemical change, then elaborate on what evidence they found that supports their reasoning. In the pictures, you can see students mixing glue and activator to make slime. Students discussed two liquids coming together to make a solid and identified it as a chemical change. You can also see students observing the combination of dry ice and water reacting together. At first, students thought it was a chemical reaction due to bubbling, but a friendly debate led to an understanding that dry ice bubbles show signs of “sublimation” and that is when a solid turn straight to a gas and skips the melting process. This was an indication of a physical change. Another picture reveals polyurethane foam that was created by mixing two liquids together. The foam took a few minutes to activate but grew 100% in size and hardened after a while. Discussions revealed a new substance was created making it a chemical change. 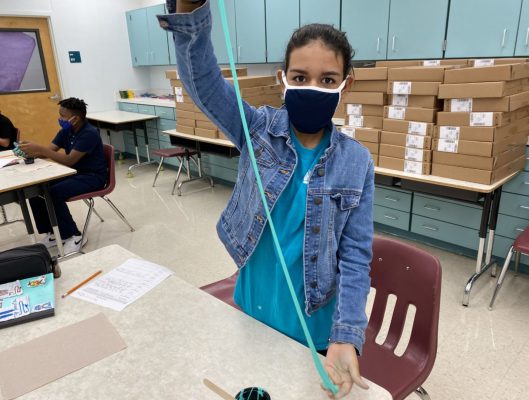 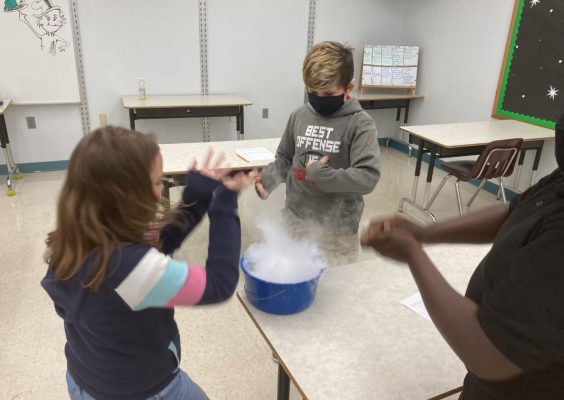 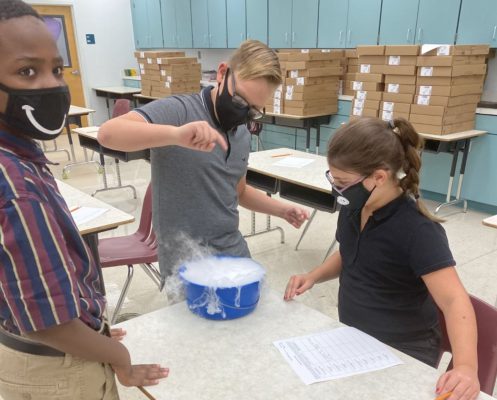 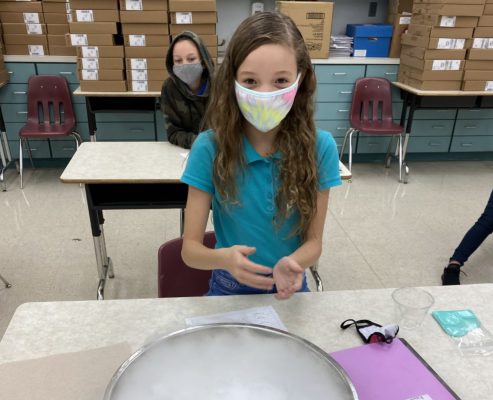 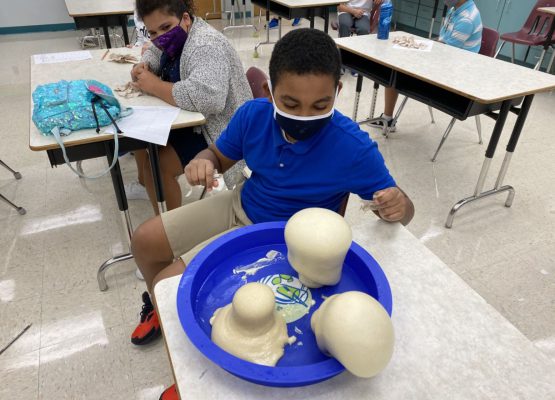 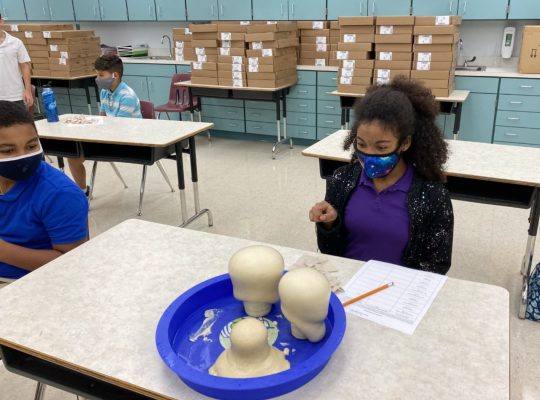