The Speakers Bureau Special Guest at Dale Cassens Educational Complex was Mr. Octavius Robinson, a Teacher on Special Assignment (TSA) for St. Lucie County Public Schools.  Mr. Robinson told the students that DCEC was the first school he ever taught at when he became a teacher in 2007.  At the time he taught science and social studies and he was also the named the First Year Teacher of the Year at that school. In addition, Mrs. Harden, the students’ principal, was the principal who hired him at Dale Cassens.

However, Mr. Robinson acknowledged that, as a student, he was disruptive due to personal challenges and that although he made a lot of wrong decisions, he learned how to bounce back from those decisions.  He stressed to the students that we are in charge of our own destinies.  He told the audience, “The instructions that I follow, determine the future I shall have.” He shared the definition of a SMART Goal —  S=Sensible, M=Measurable, A=Attainable, R=Realistic, T=Timely.  He left the students with this message:  “Whatever you put your mind to, you can accomplish. Set your focus, set your mind.” 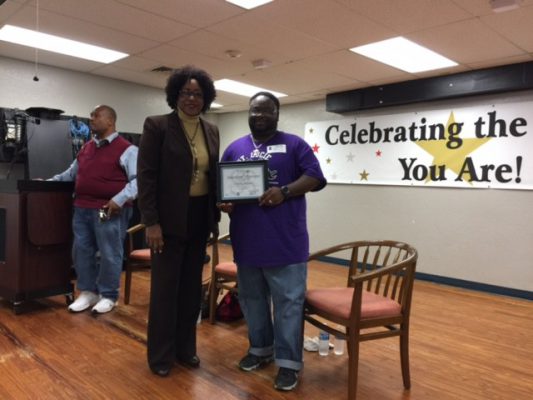