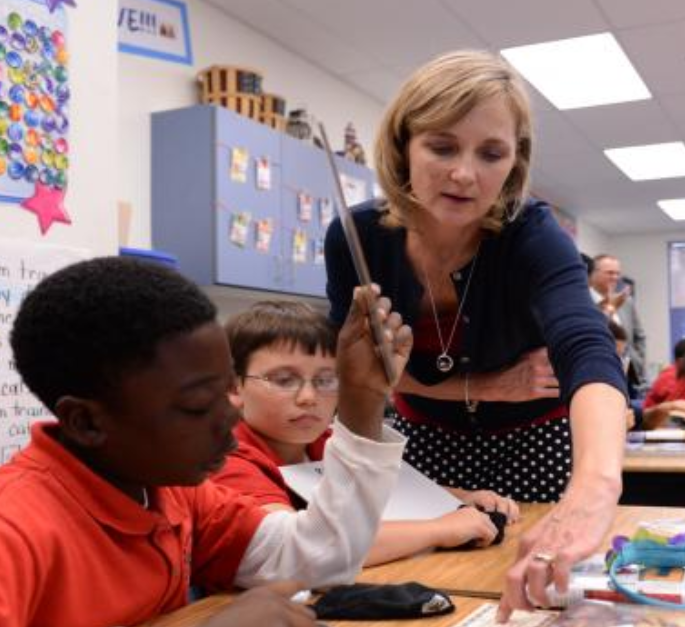 FORT PIERCE, FL –  U.S. Secretary of Education Betsy DeVos announced St. Lucie Public Schools (SLPS) Teacher Nardi Routten as one of five leaders from around the country who has been appointed to the National Assessment Governing Board.  Routten, a veteran educator with more than twenty years of experience, will serve a four-year term during which time she will help set policy and assist in the identification of subject area content for the National Assessment of Educational Progress (NAEP), also known as the Nation’s Report Card.

According to information released by the U.S. Department of Education, “NAEP offers to the public and to education policymakers at the national, state and local levels, objective data on student performance in nearly a dozen subjects. The information NAEP provides helps education stakeholders evaluate the progress of American education. The 26-member nonpartisan, independent Governing Board determines the subjects and content of NAEP tests, sets the achievement levels for reporting and publicly releases the results.”

Routten is a fourth-grade teacher at Chester A. Moore Elementary in Fort Pierce, Florida who has taught third- and fourth-graders in St. Lucie County.  She is a National Board Certified Teacher and has received local and national recognition for her excellence in teaching, including the Milken Educator Award in 2014.

C. A. Moore Principal Ucola Baxter-Barrett said, “Mrs. Routten’s deep knowledge, years of professional expertise, and enthusiastic leadership qualities will be tremendous assets to the Board. She is a phenomenal teacher who meets our challenge to ensure that she provides a classroom experience her students see as the best part of their day.”

This year’s Governing Board appointees include four new members and one re-appointed member—the Board’s current Vice Chair Tonya Matthews. The appointees’ terms began on Oct. 1, 2018, and end on Sept. 30, 2022.

About National Assessment Governing Board