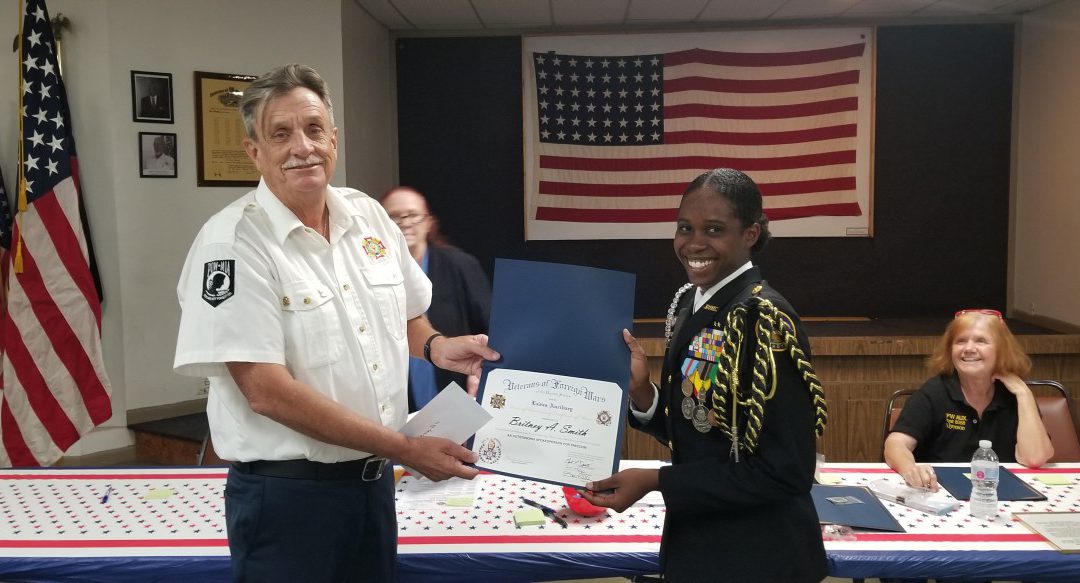 The SLW Centennial NAVY JROTC had two cadets presented with awards on the evening of March 12, 2020 at the Veterans of Foreign Wars of the United States Post 8058 Youth Awards Ceremony.

The SLW Centennial Navy JROTC was presented with a Community Service Citation in grateful appreciation for the outstanding work and dedication to community events and patriotism. The citation was accepted by the Unit Commanding Officer, Cadet Lieutenant Commander Britney Smith.