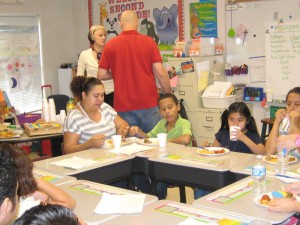 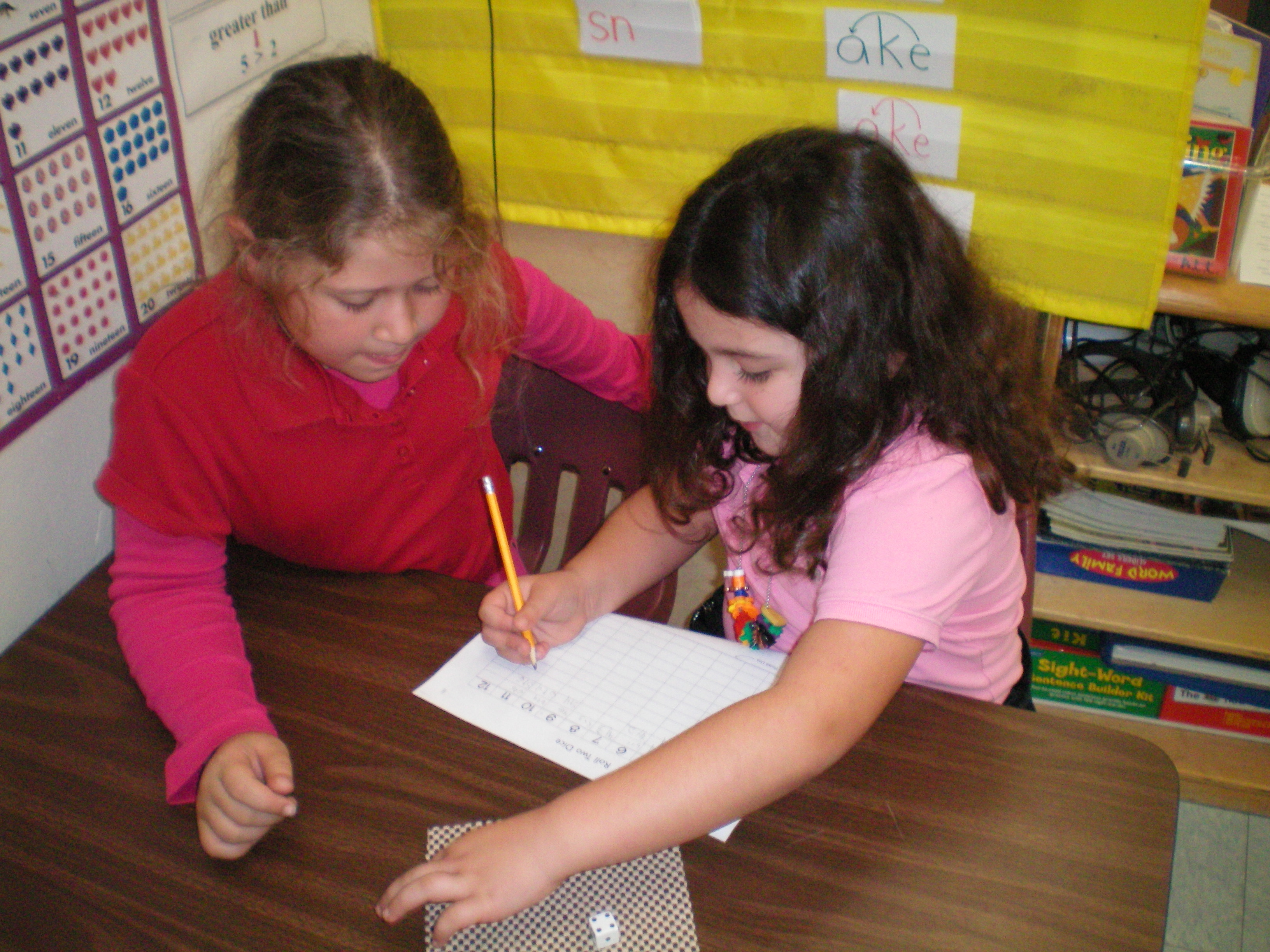 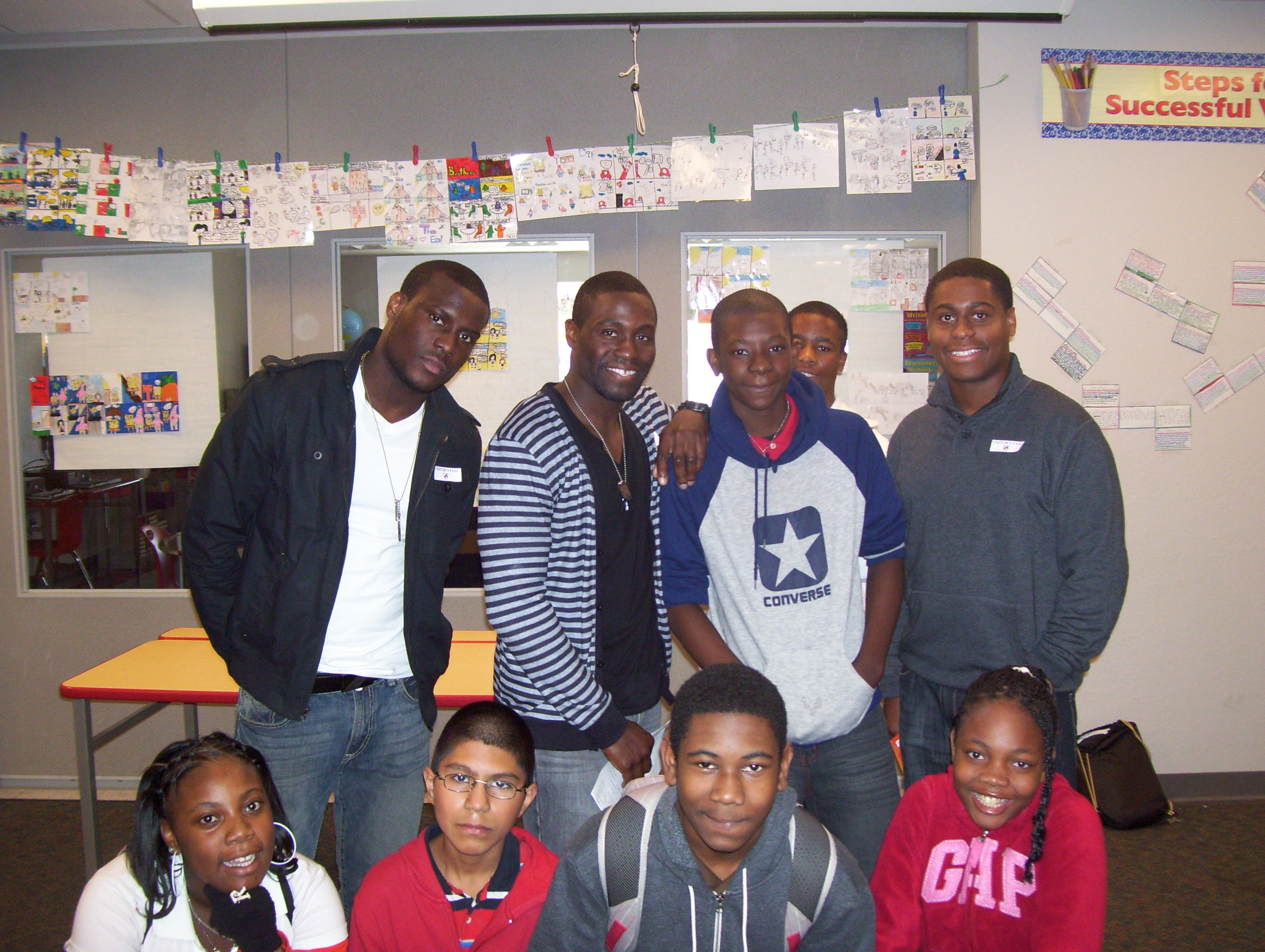 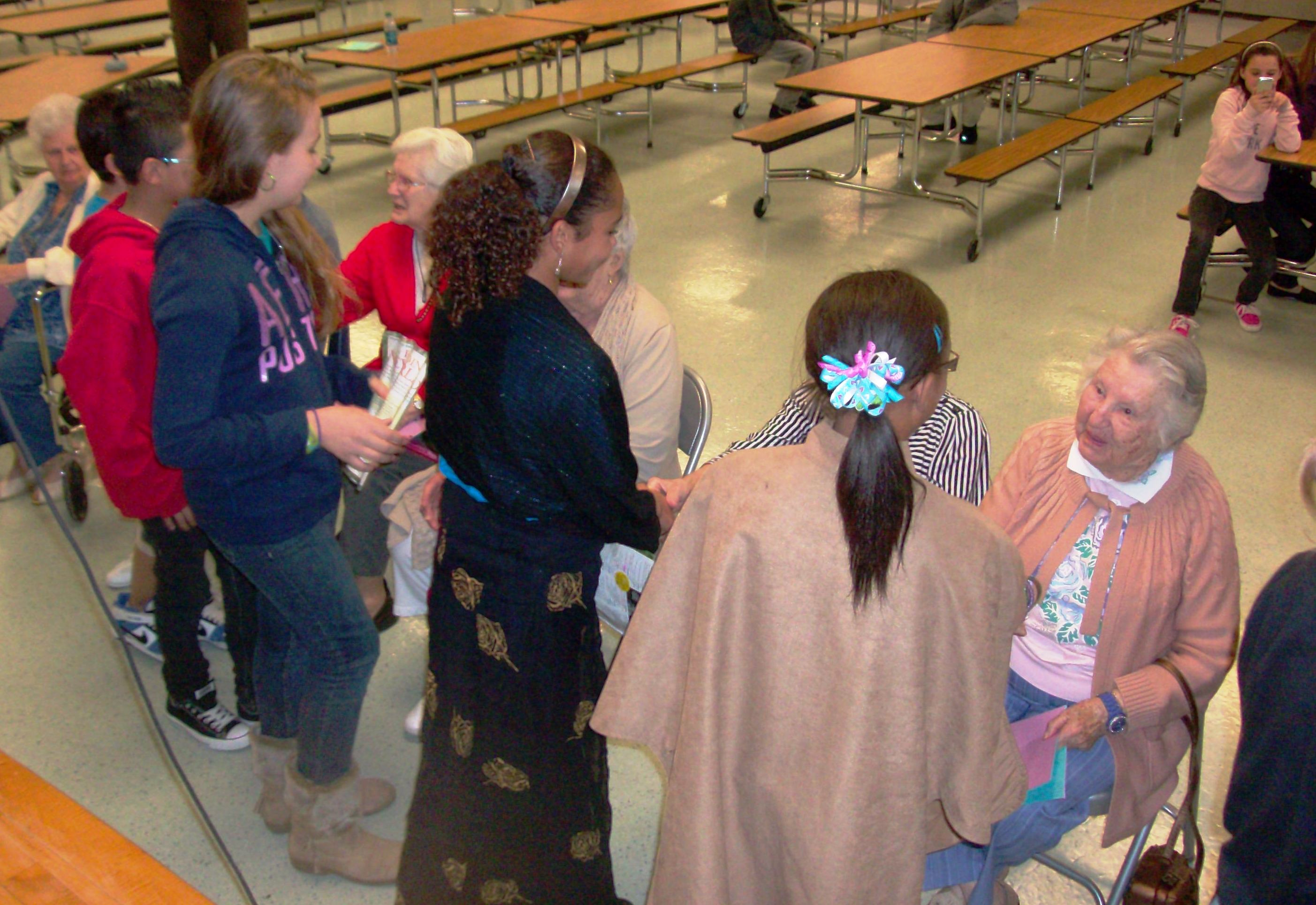 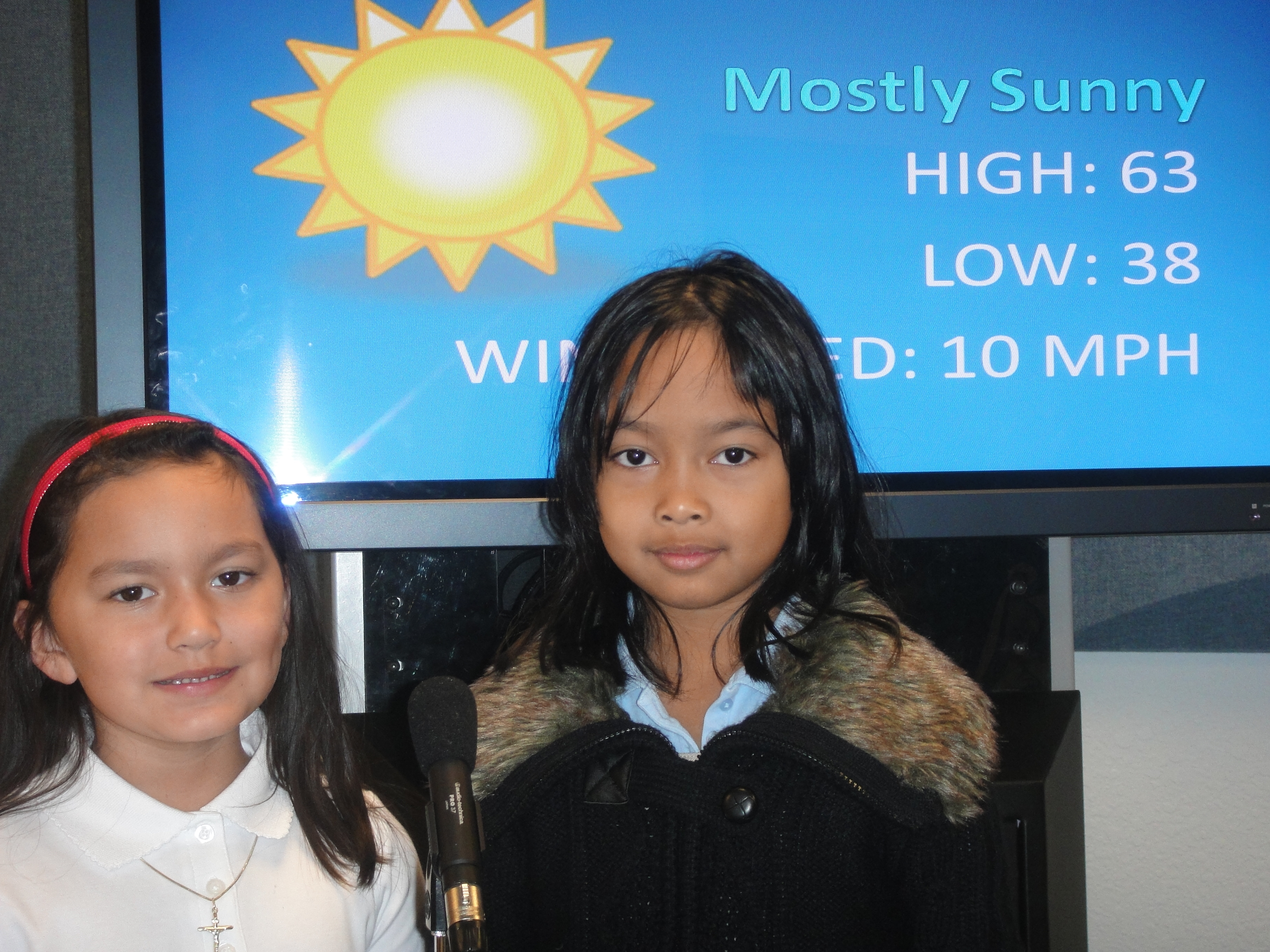 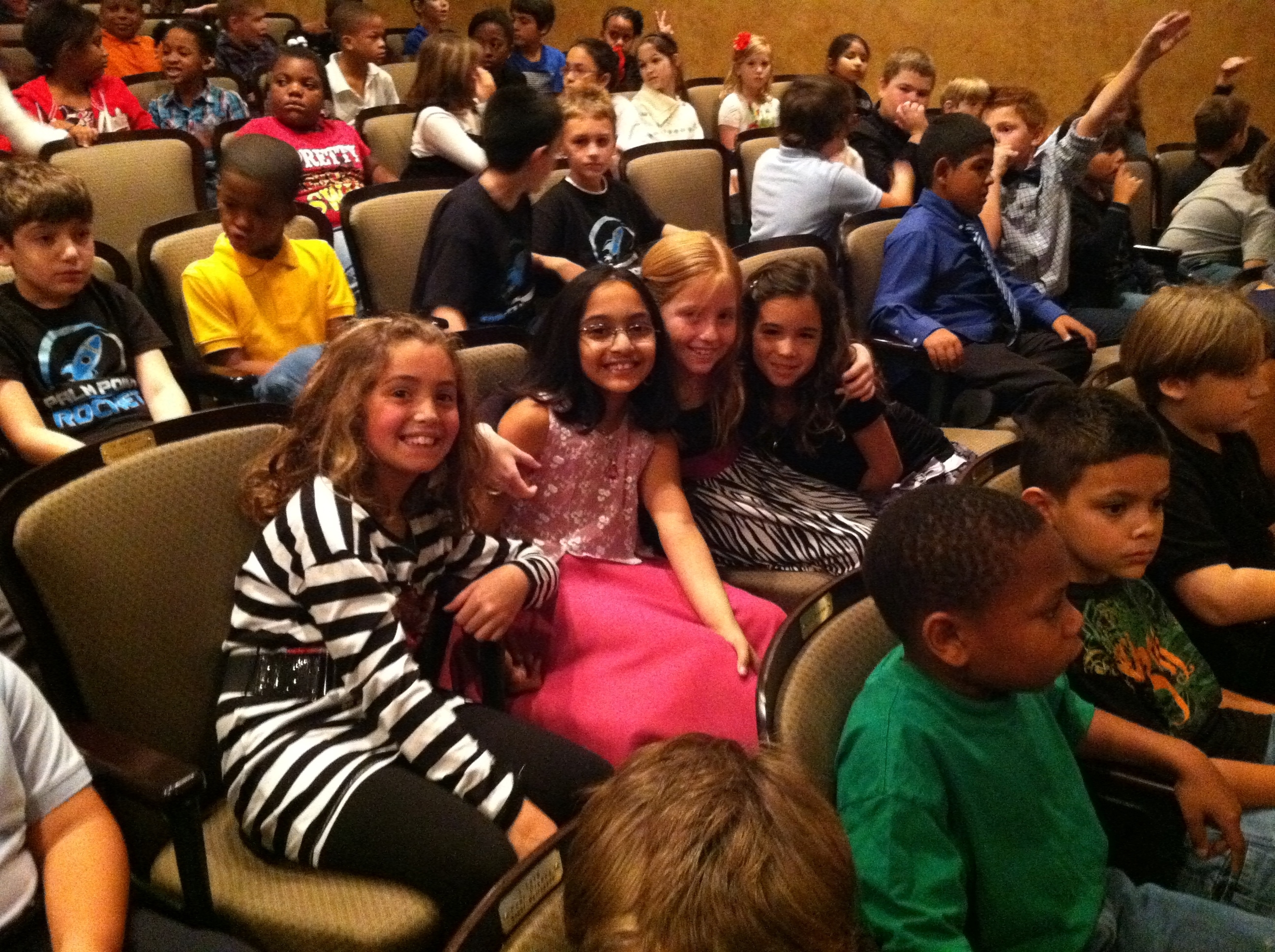 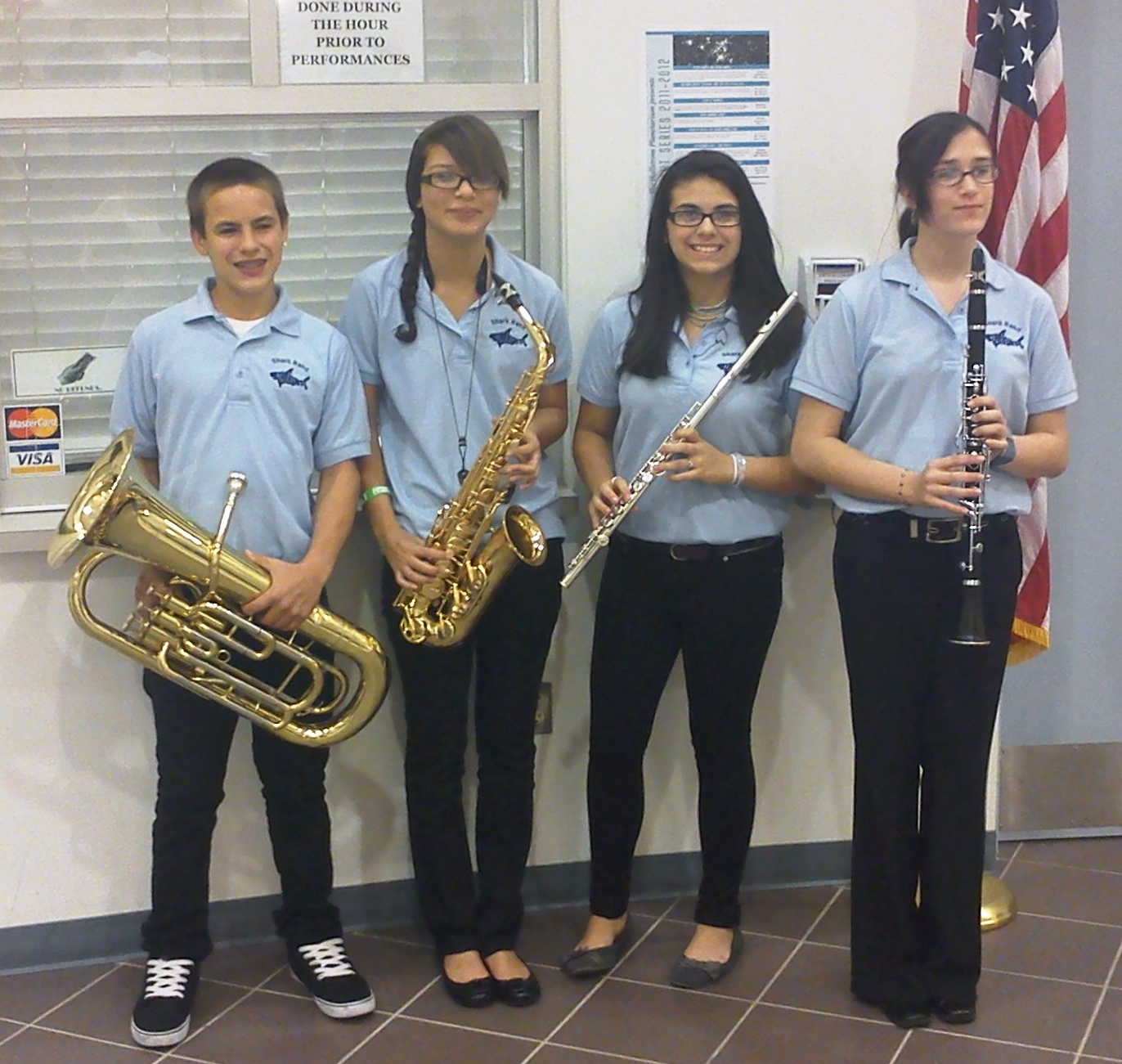 Excerpts from essay by Lindsey Smith

Dr. King was known for service, equality and education.  I am like him too!  Service was something that Dr. King
did to help his friends and family. Even though I am a kid, I volunteer at the assisted living home where my mom works.
Dr. King also fought so people would be treated equally.   I sure am not some big hero like Dr. King, but I try to make sure that I share, treat people the way I want to be treated and be friends with everyone.  I always try to be an amazing student following Mrs. Rinelli’s directions, being organized, and finishing my work.  I guess Martin and I are kind of alike but we are different too. 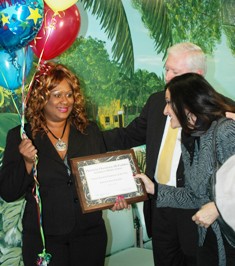 Finalists for 2012 School Related Employee of the Year announced

The nominees for the annual award include Dan McCarty School attendance clerk Sharon Parenteau, Weatherbee Elementary School behavior technician Francesca Petrocelli, and Southport Middle School office clerk Patricia Christian-McFadden.  The School Related Employee of the Year honor is one of four awards announced in the Night of the Stars annual celebration sponsored by the Education Foundation and the school board held annually in February. The other honors are Teacher of the Year, Outstanding First Year Teacher, and Distinguished Minority Educator of the Year. The Teacher of the Year and School Related Employee nominees will go on to regional consideration for the state awards in their categories.

Ms. Parenteau has been with the school district for 22 years, 16 of those at Dan McCarty School. Her responsibilities as attendance clerk are accurate and timely student records, and facilitate student services to improve attendance if appropriate. She also serves as the school’s business partner and volunteer coordinator, is a member of the school advisory council and a Kids at Hope mentor.

Ms. Petrocelli has been with the school district for a decade, three years at Weatherbee Elementary School. Her responsibilities as a behavior technician include developing and implementing interactive learning modes to increase student understanding of course materials, modifying the general education curriculum for special needs students, and supporting the behavior and procedures for students. Petrocelli has also been involved as an advisor for the Sheriff’s Office Explorer’s program.

Ms. Christian-Mc Fadden has been with the school district for 27 years, 7 at Southport Middle School as the office clerk, typically the first person with whom visitors interact or speak to by telephone. During her professional history, Christian-McFadden’s duties have included organizing, coordinating, and managing payroll for after school programs, and managing parent student conferences with school administrators. She has been the school’s United Way campaign coordinator, worked with parents on improving student academic performance, and coordinated student events. 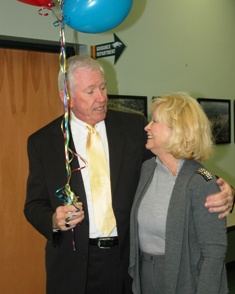 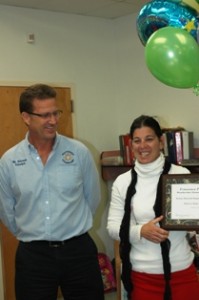 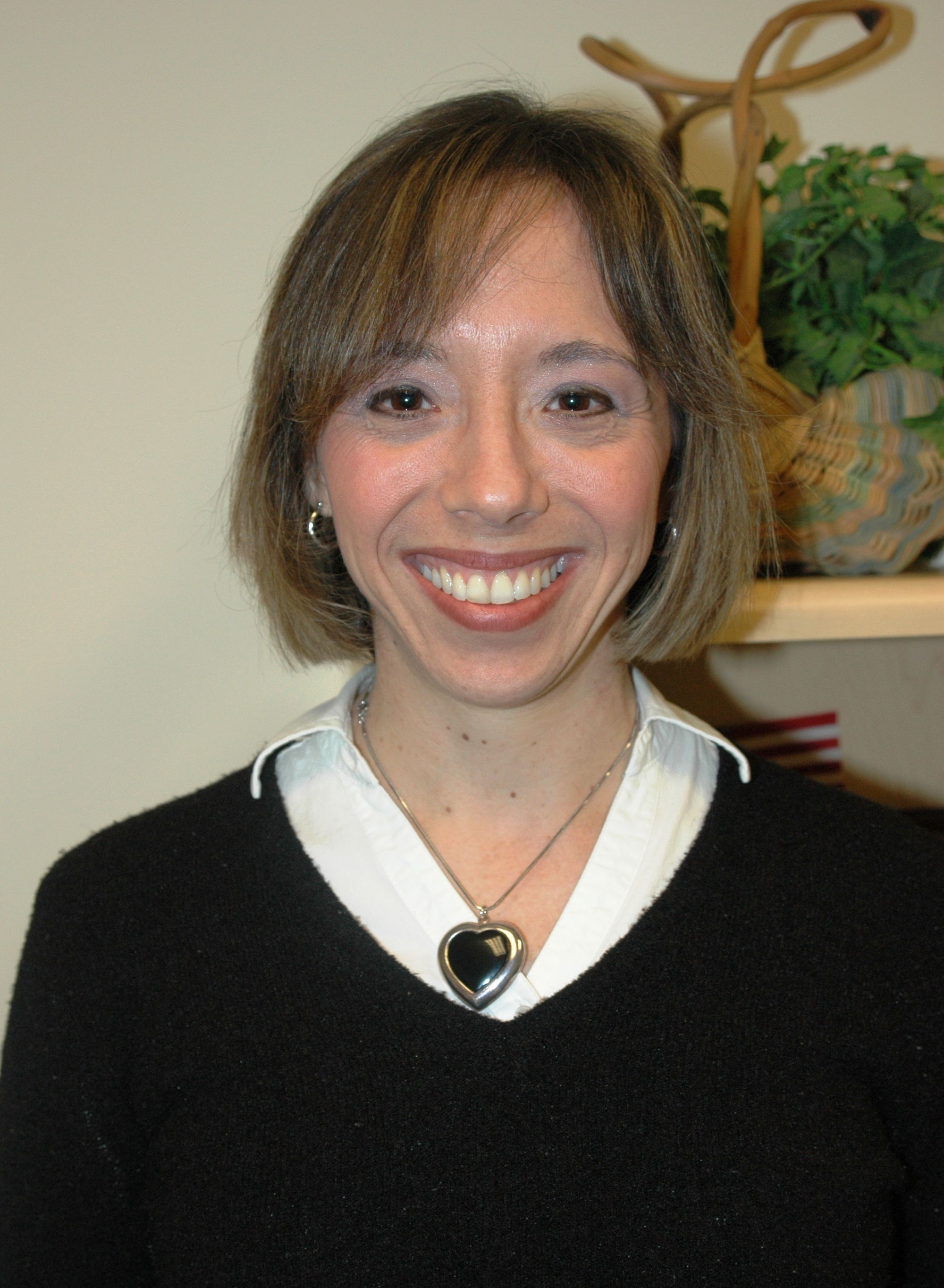 Thanks to funds provided by BlueCross BlueShield of Florida, St. Lucie Schools’ Employer Group Health Insurance provider, St. Lucie County School District now has an Employee Wellness Program Manager, Carlye Fabrikant. Carlye has worked in the areas of health and wellness for over 12 years with experience educating all ages on various health topics, creating wellness programs for various populations, and counseling individuals on proper nutrition, exercise, stress management, and disease prevention/management. Her objectives for the district’s employees are to create programs to meet the needs and interests of the employees, and to be a resource for the employees on the health services and education that are available to them in the community and bring many of those services to our schools. These objectives will assist in reaching our goal of healthier employees and reduced insurance costs.

Valerie Doyle’s fifth grade class at Floresta Elementary School recently was visited by Tim Polzin, a personal friend of Ms. Doyle’s who lives in Saint Lucie County.  Tim is a famous bass guitarist who currently fills in when needed for various performing bands.  During his career as a musician, he has traveled all over the world and has played with many top rock and country bands.  He brought two of his favorite guitars, which were custom made for him by Stuart Spector .  Each guitar was valued at over $10,000.  Mr. Polzin spoke to students about the importance of staying in school, doing their best, and following their dreams.  He performed several songs for the students, and gave each child an autographed picture of himself.  Students were excited to hear him play, and listened to his words of wisdom and encouragement.  They had many questions for Mr. Polzin and he answered all of them. 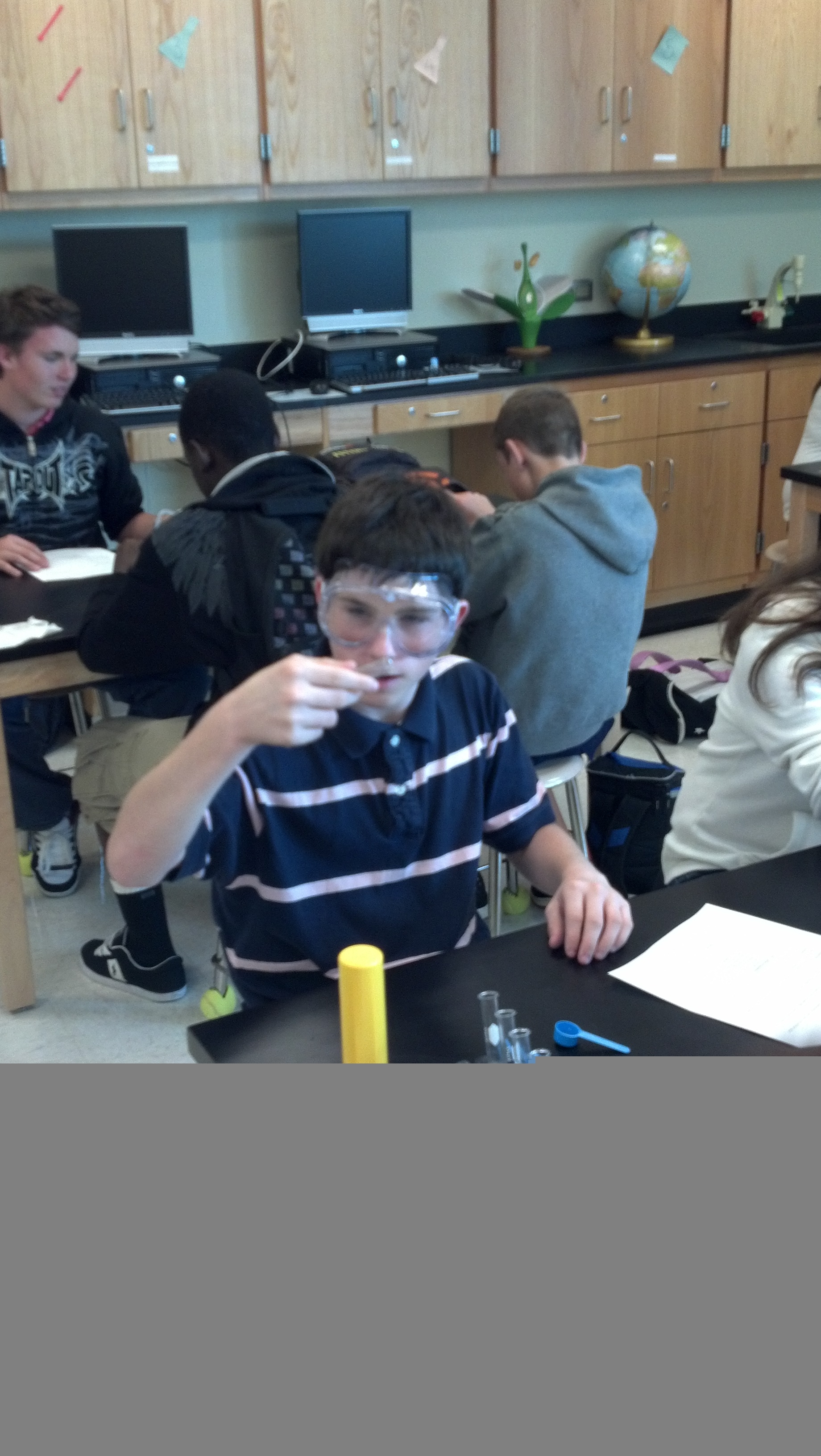 Mixing it up at Allapattah Flats K8

As Allapattah Flats middle school students wrapped up science fair, sixth grade moved into learning about magnetic forces.  The class has been using electric charges and magnetic charges within a lab setting for hands on learning.  Eighth grade has just finished studying various kinds of mixtures as well as matter and the energy cycle. Bailey McCall is pictured intently studying his work as he conducts an experiment on mixtures. 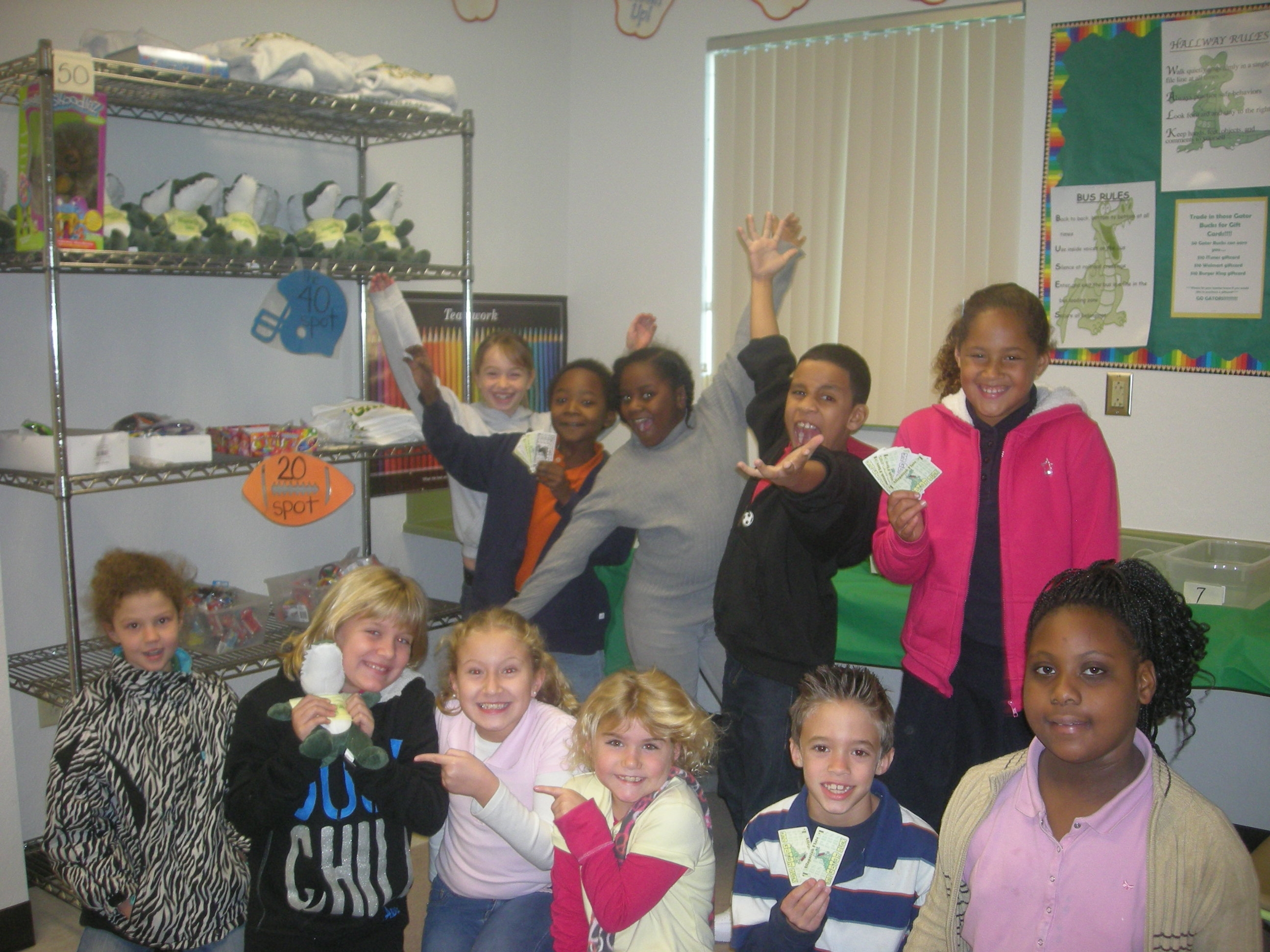 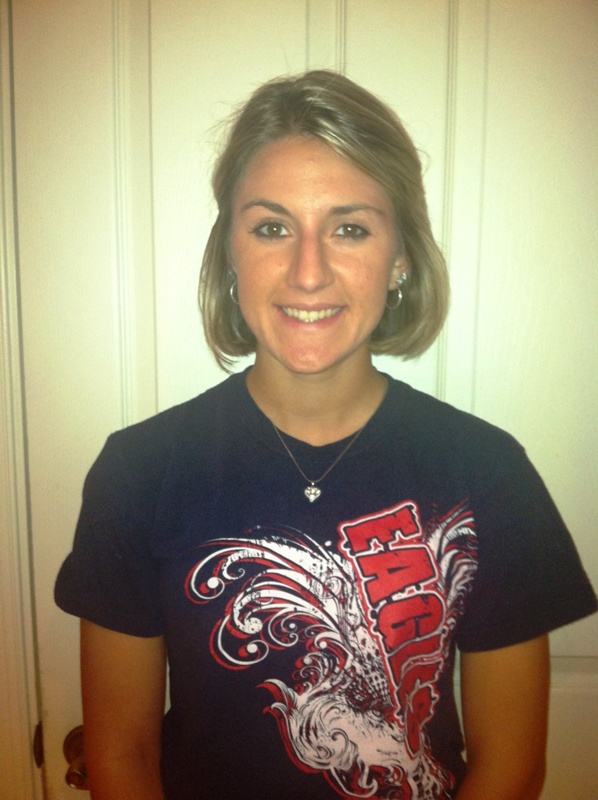 St. Lucie West Centennial High School senior Nicole McHenry is one of only 16 student athletes chosen  from over 700 Florida High School Athletic Association (FHSAA) member schools to serve on the FHSAA Student Advisory Committee. The purpose of the committee is to educate student athletes on FHSAA policies. Nicole was nominated by SLWCHS Athletic Director John Messina and has played volleyball and softball for all of her four years at Centennial. 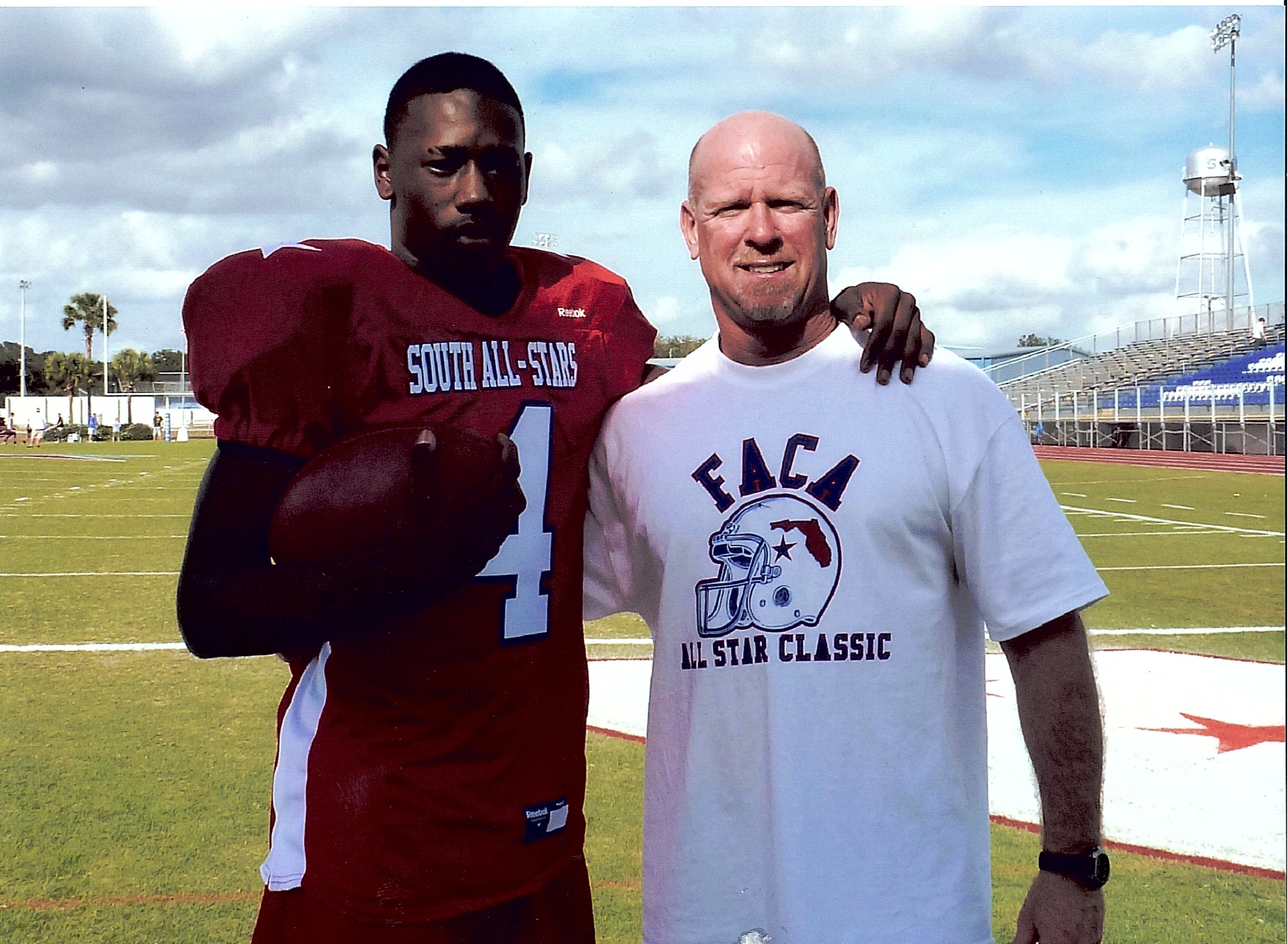 Ron Parker, head football coach at St. Lucie West Centennial High School, was selected by the Florida Athletic Coaches Association to coach for the South team in Florida’s 2011 North/South All Star game in Sebring. Senior defensive back Ty Jackson, pictured with Parker, was also selected to participate in the game.