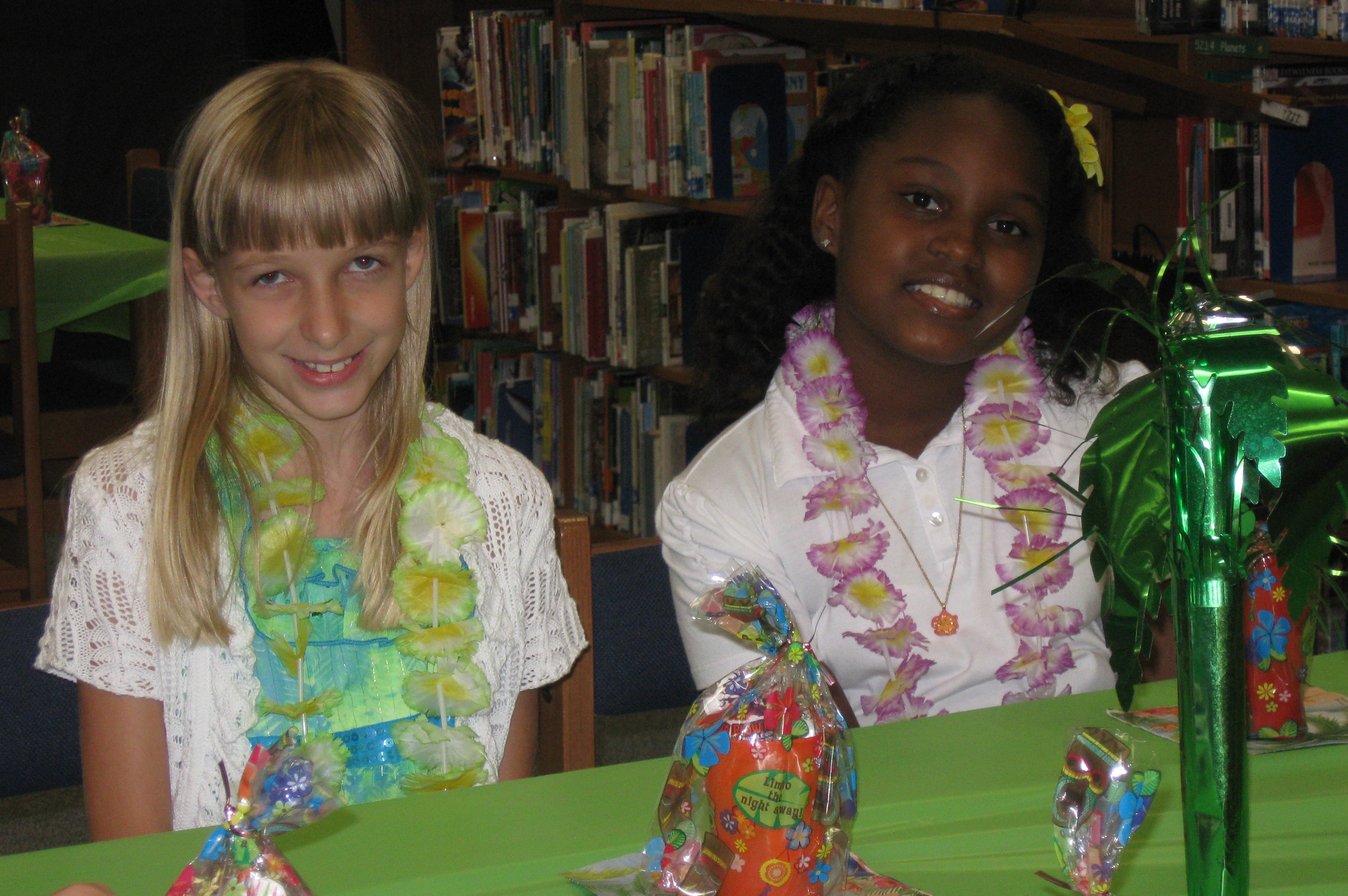 Some 38 students at F.K. Sweet Elementary read at least 15 Florida Sunshine Books and were treated to a “luau-themed” celebration of their success in the Media Center. Pictured are Lauren Nipper, left, and Kyla Pata enjoying the recognition. 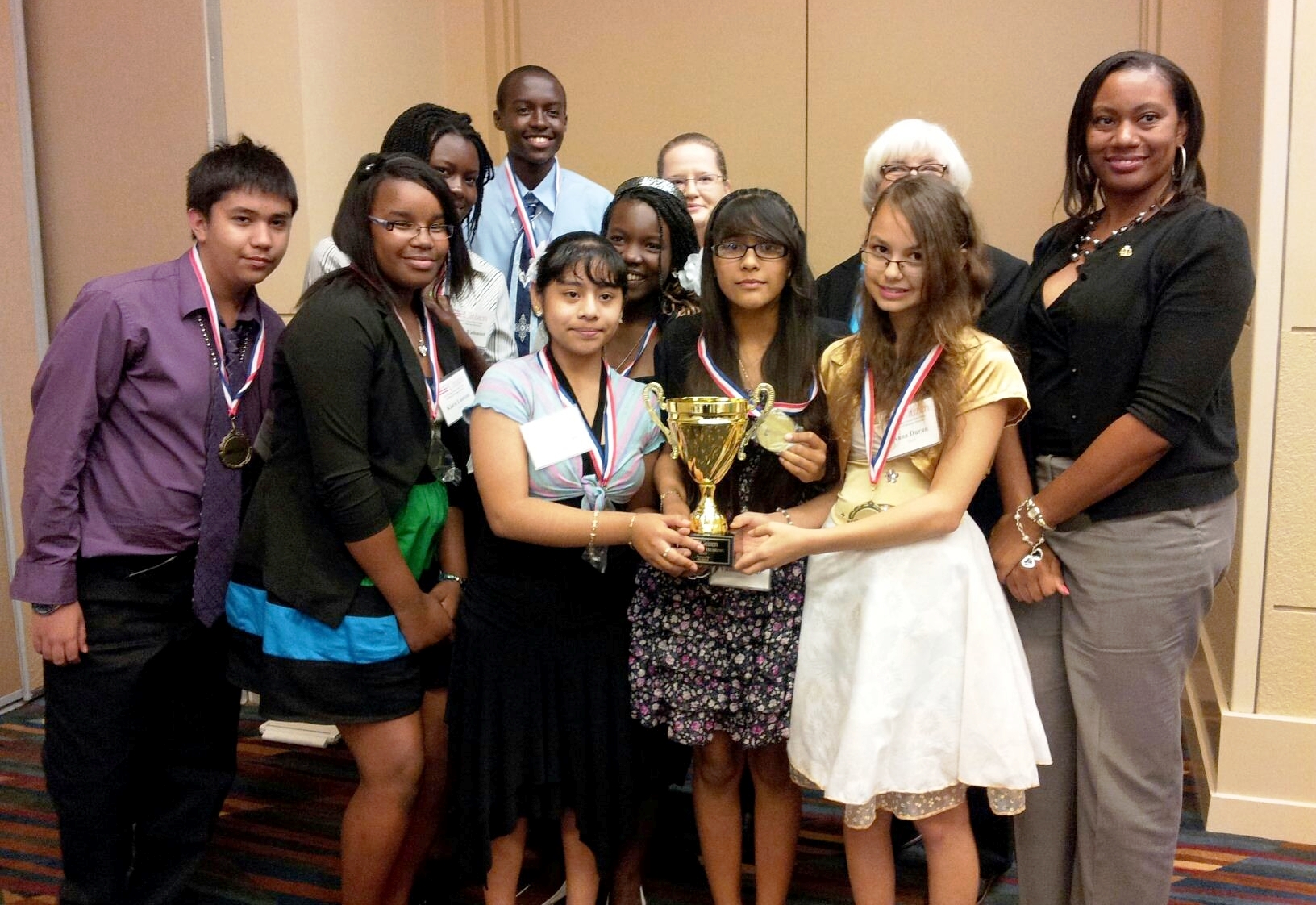 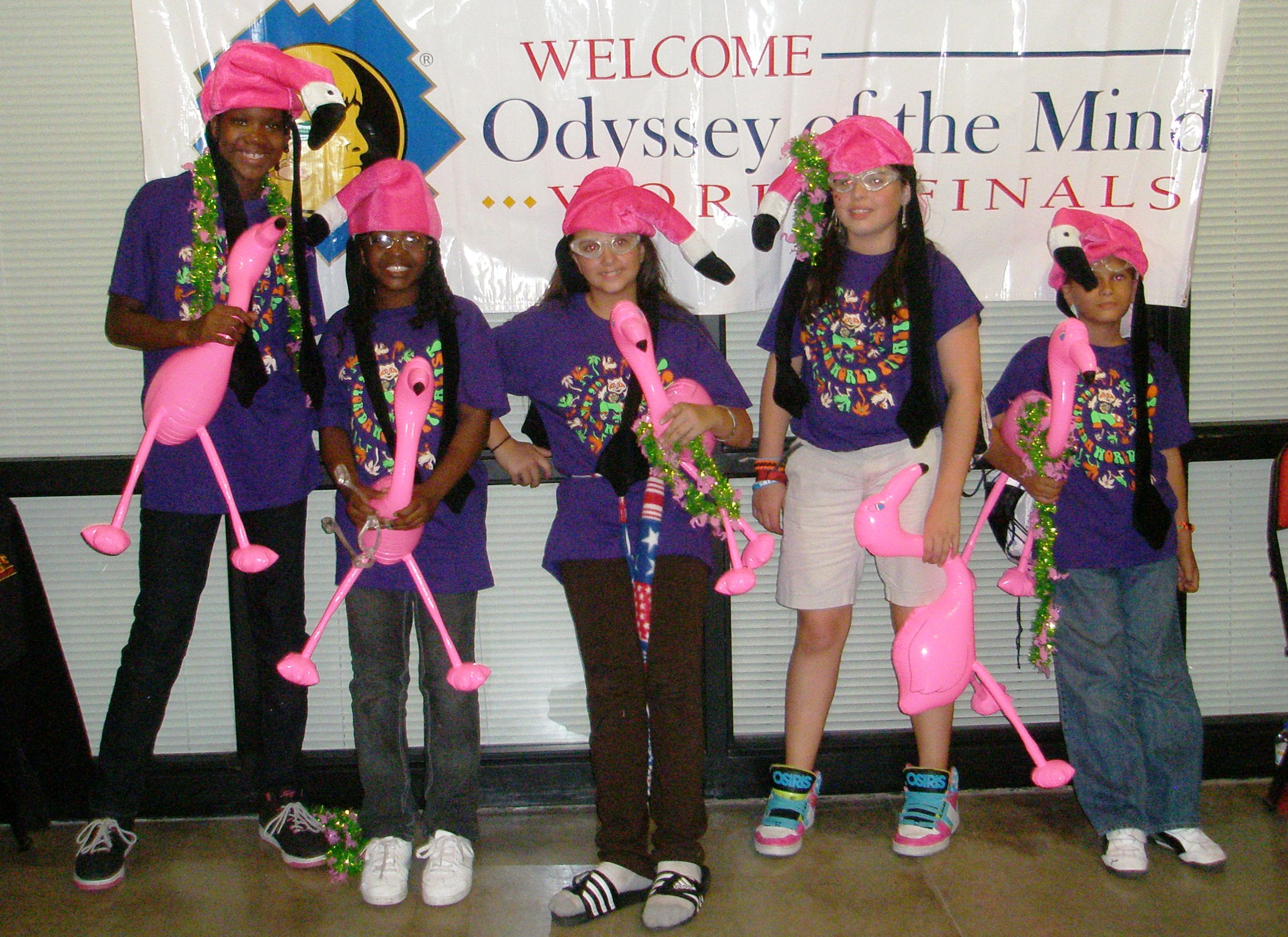 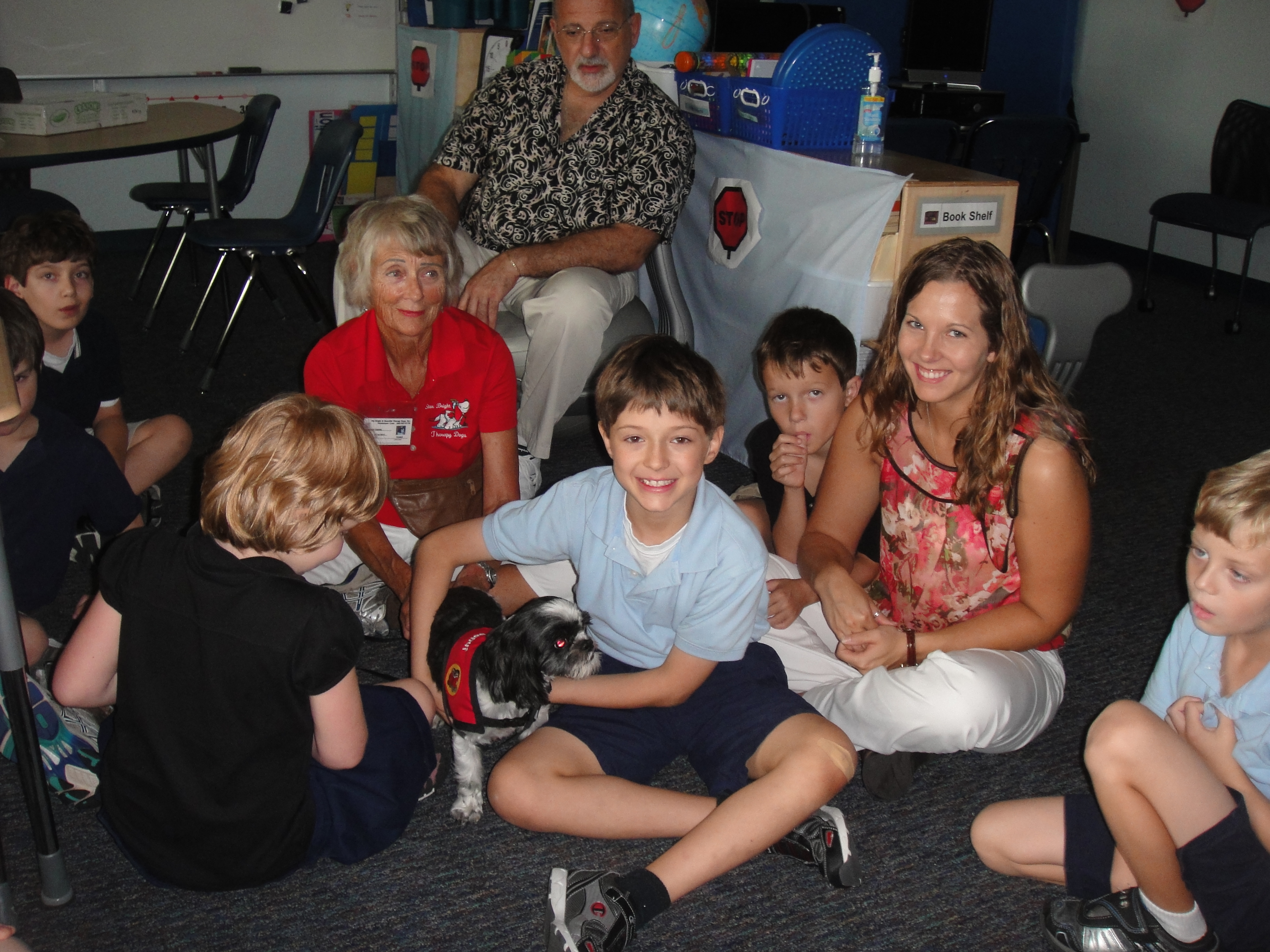 Alex Cardenal from Palm Pointe Educational Research School @ Tradition, along with his classmates, hugs one of the dogs from the Star Bright Therapy reading program. To the left of Alex is one of the volunteers from the program,  behind him is behavior technician Neil Siriani, and to his right is teacher Tammy Miller. Volunteers come with the dogs to Palm Pointe once a week for 45 minutes to read with the students. This helps students improve their reading skills. The dogs are ideal reading companions because they help increase relaxation, they listen attentively, do not judge, laugh or criticize. They allow the students to proceed at their own pace and sometimes are less intimidating than peers. This program helps to build the student’s self-esteem, confidence and social skills. 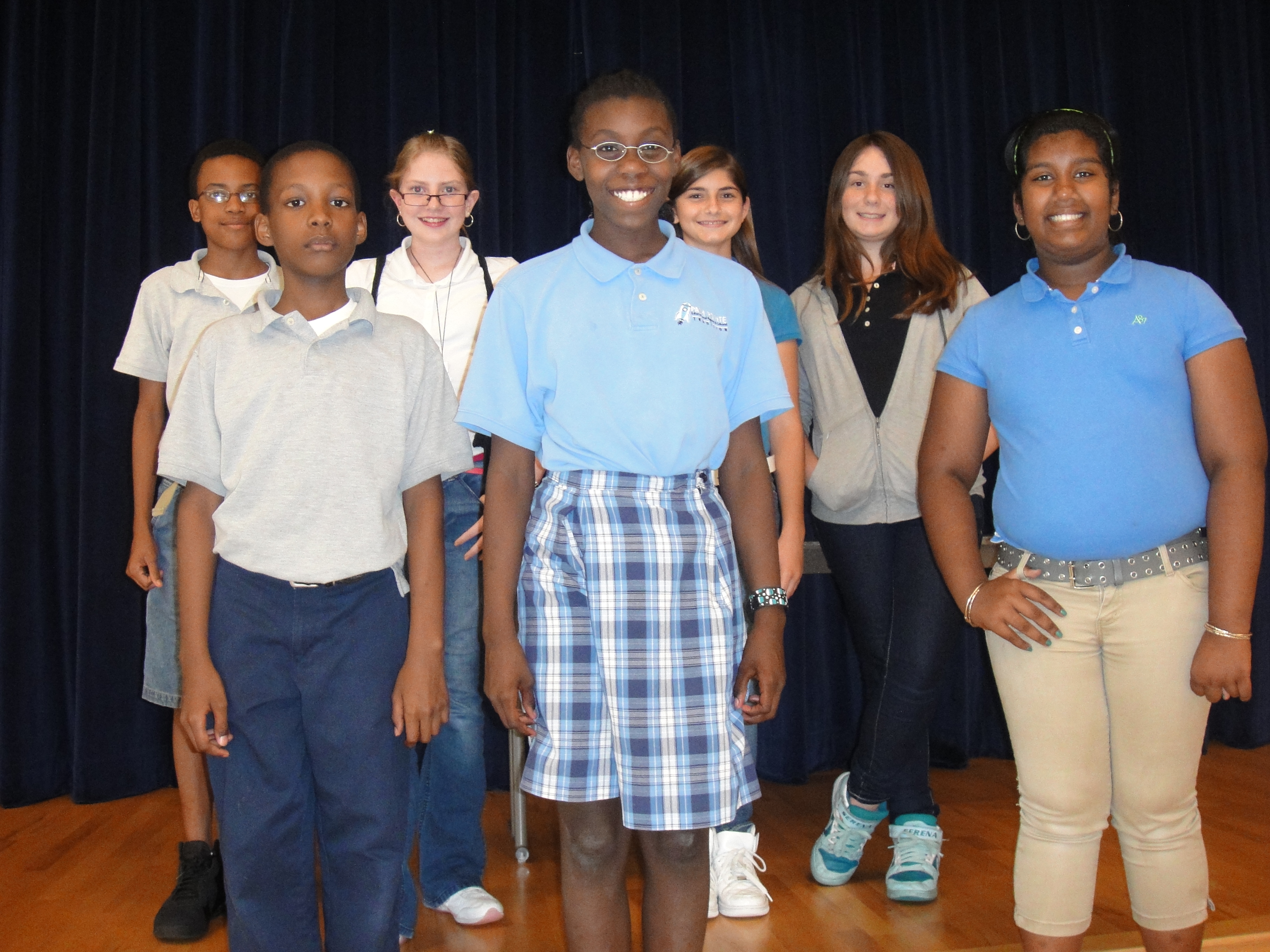 Northport K-8 student Finnegan Carey reaped the rewards of using the writing process effectively, adhering to the school rubric, correctly using dynamic illustrations and producing a relevant and substantial piece of writing. Finn and his parents, Jennifer and Nick Carey, pictured above, celebrated at the school district’s Young Author Showcase recently along with fellow Northport students Saige Searcy, Jazz Courtenay, Samantha Huynh, Paul Brinker, Joseph Ybarra, Giovanni Wright and Raena Davis. Over 175 student authors from across the district and their families were treated to a visit with author Donna Gephart, who wrote the book “How To Survive Middle School”, the district’s One Book, One Community Read. Students were treated to a special lunch and were able to purchase books as well as receive free books for being selected as district representatives. The Young Authors celebration is a terrific example of families and students coming together from many different schools and celebrating great books and great writing habits and techniques. The Young Authors program is a shining example of the culmination of a year of effective teaching and learning. The handwritten books are an investment in the future of each student. 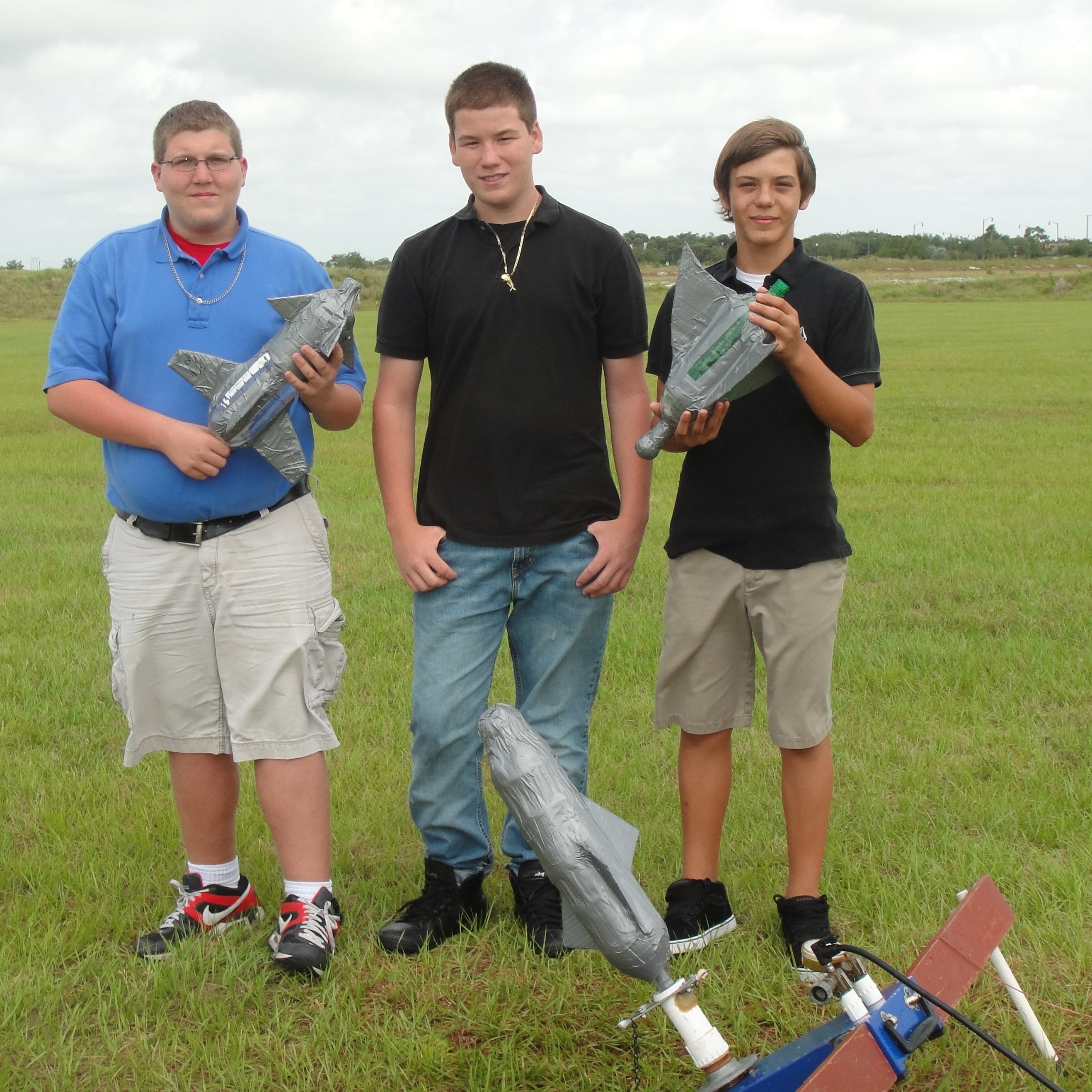 Eighth grade students from Palm Pointe Educational Research School @ Tradition, pictured from left, John Rimes, Michael Williams and Michael Lyons prepare to launch their rockets that they made as projects for Thomas Carr’s science class. This project incorporated both math skills and science. The
students had fun learning how to make the rockets and then watch as they launched their finished projects. 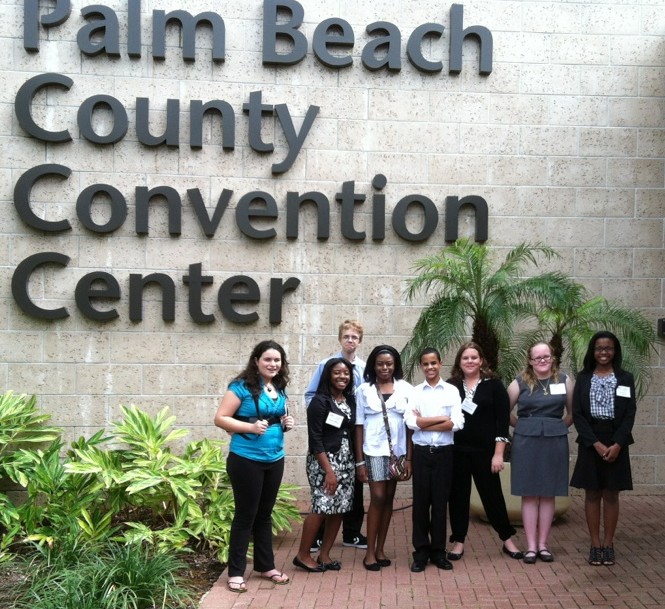 Northport K-8 students from the Northstar team were selected to present at this year’s Project Citizen Oral Hearings held recently at the Palm Beach Coounty Convention Center. Three of the five teams presenting were from St. Lucie County and two were from Miami-Dade County. The team from Northport K-8 School represented Mary Ellsworth’s sixth period class with their project, “Put Down the Fork and Pick Up the Pace.” The project centered around the issue of childhood obesity and how schools can help combat
this increasing problem. With support from Northport administration, the PTO, Building Level Planning team, cafeteria staff and coaches, students were able to initiate a Fun Run, install changes in the school menu’s for next school year and earn the promise of a middle grades Field Day next year. Students
learned how much hard work, knowledge of current laws and civic responsibility it takes to get public policy enacted. Northport K-8 school is extremely proud of the state finalists. Pictured, from left, are Gabriella Mejia, Jellisa Alleyne, Cameron Templeton, Jalisa Smith, Sabrina Wing, Myles Jackson, Cassidy Giles and Alexandria Robinson. Students were accompanied by teachers Mary Ellsworth and Mala Woessner. 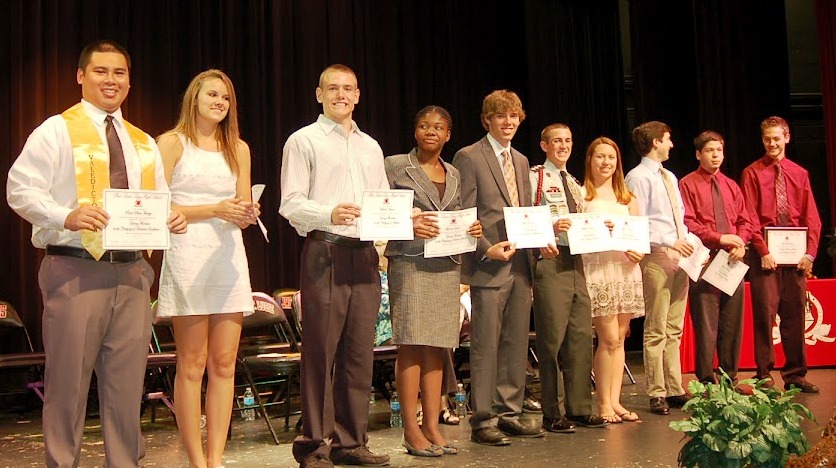 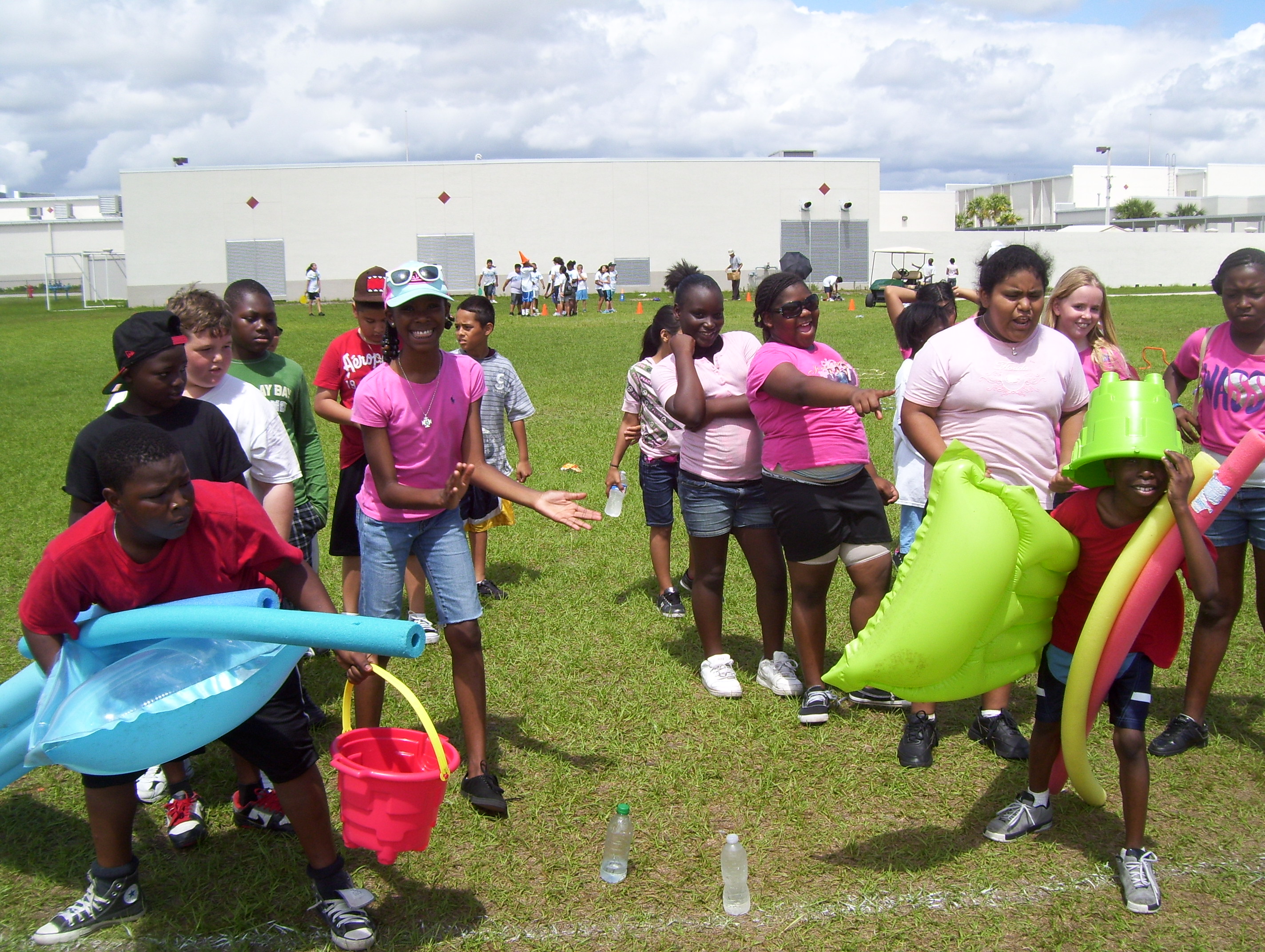 It has been a fun week for students at Gaines Academy with field days and the many activities Coach Camarotti and Coach Ellinger prepared.  Students from Andrea Blackburn’s fourth grade class are pictured preparing for the beach day relay. Pictured with beach gear in hand ready to begin the race are Ledarius Sirmons and Elijah Similien. 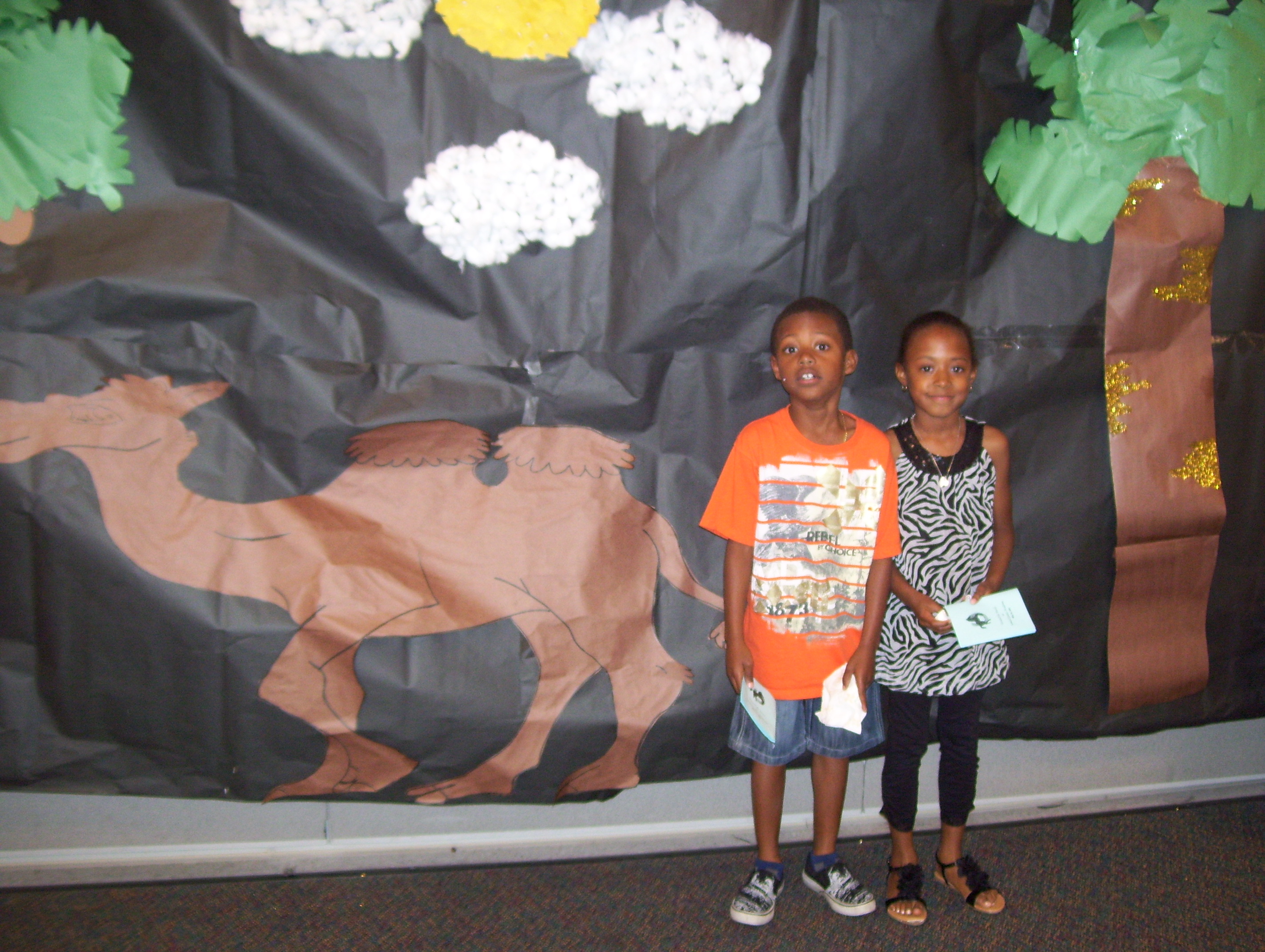 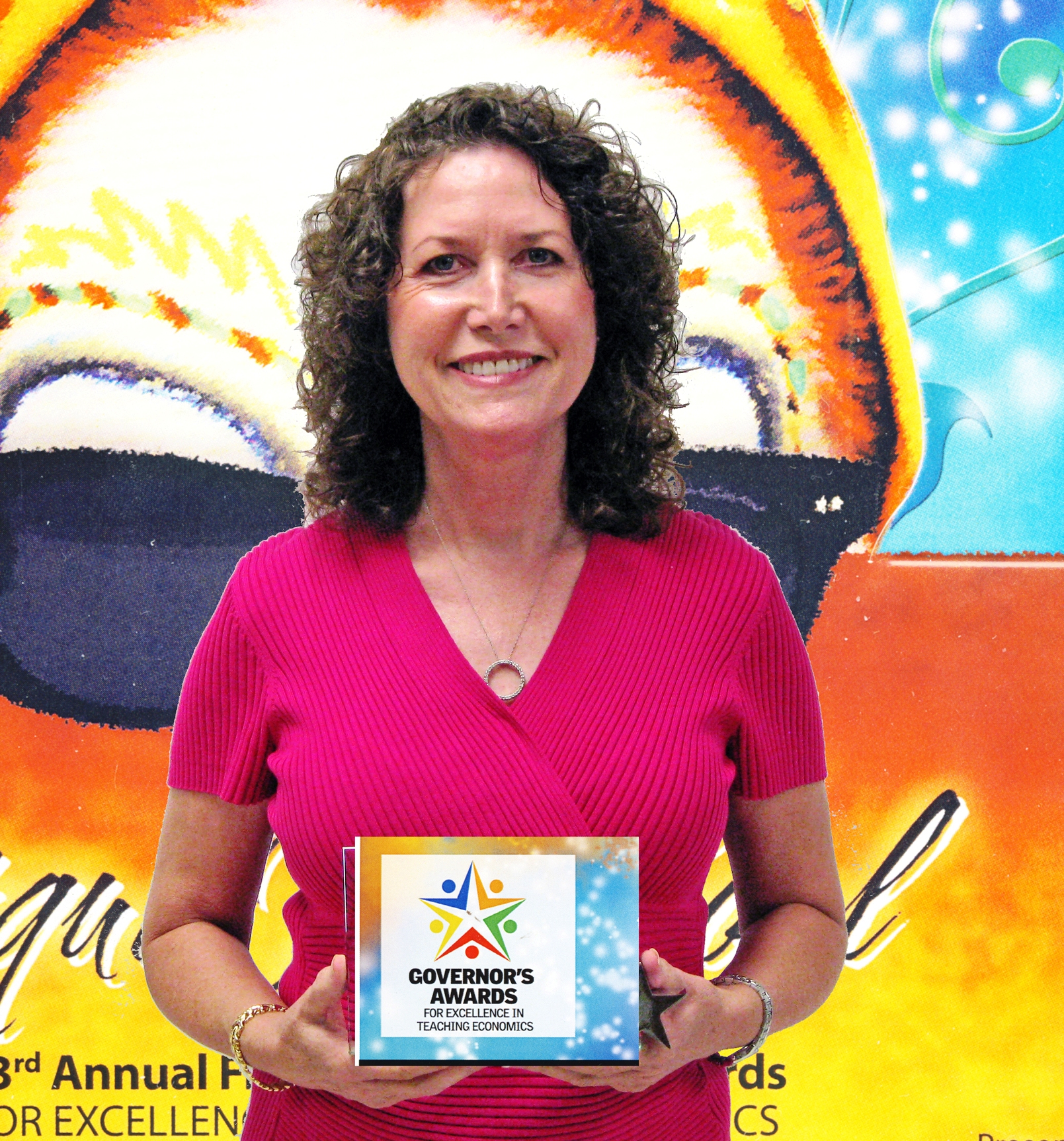 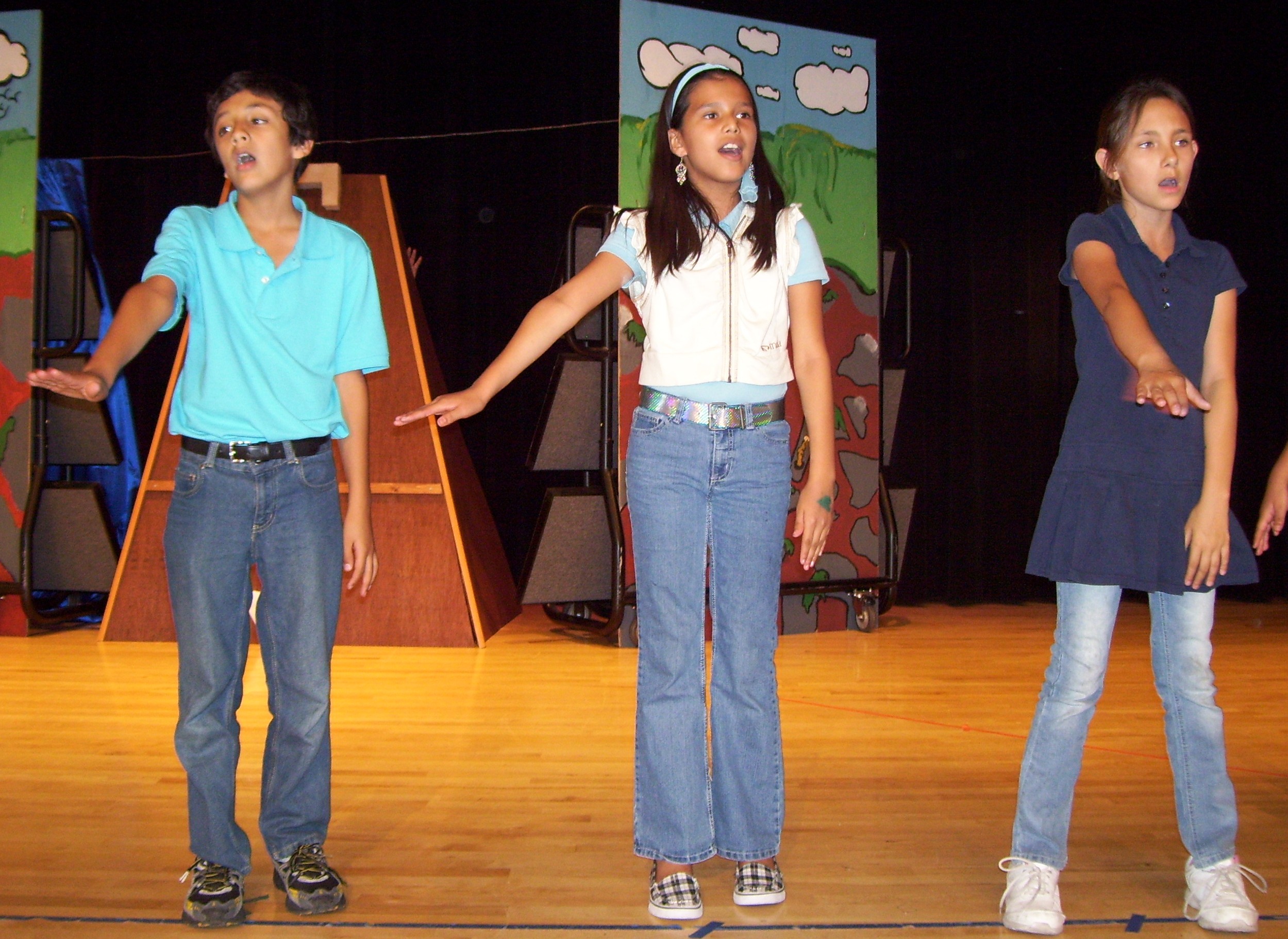 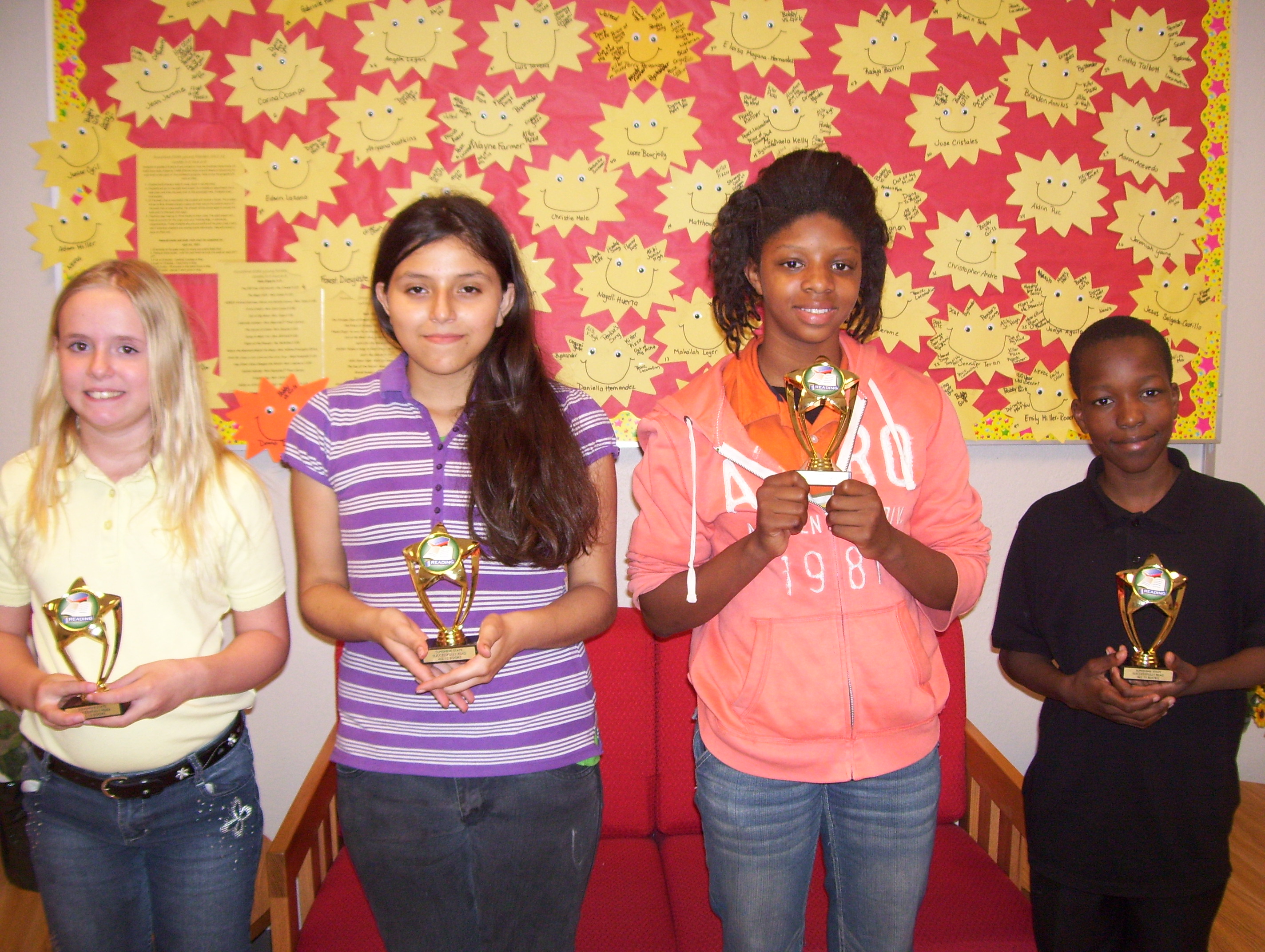 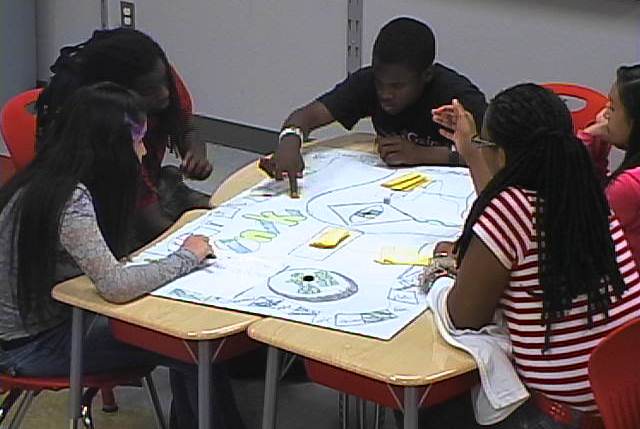 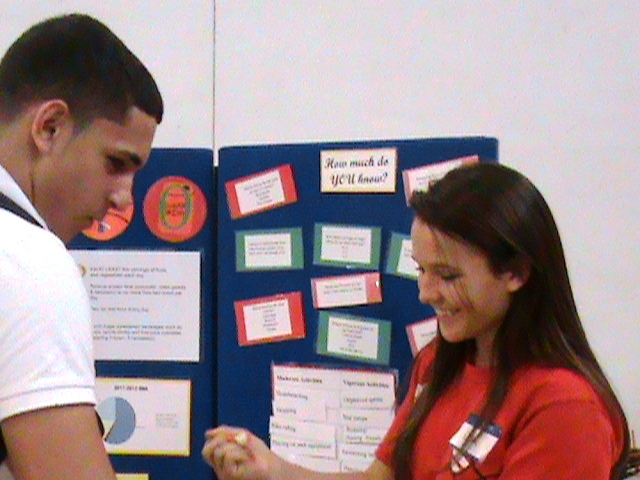 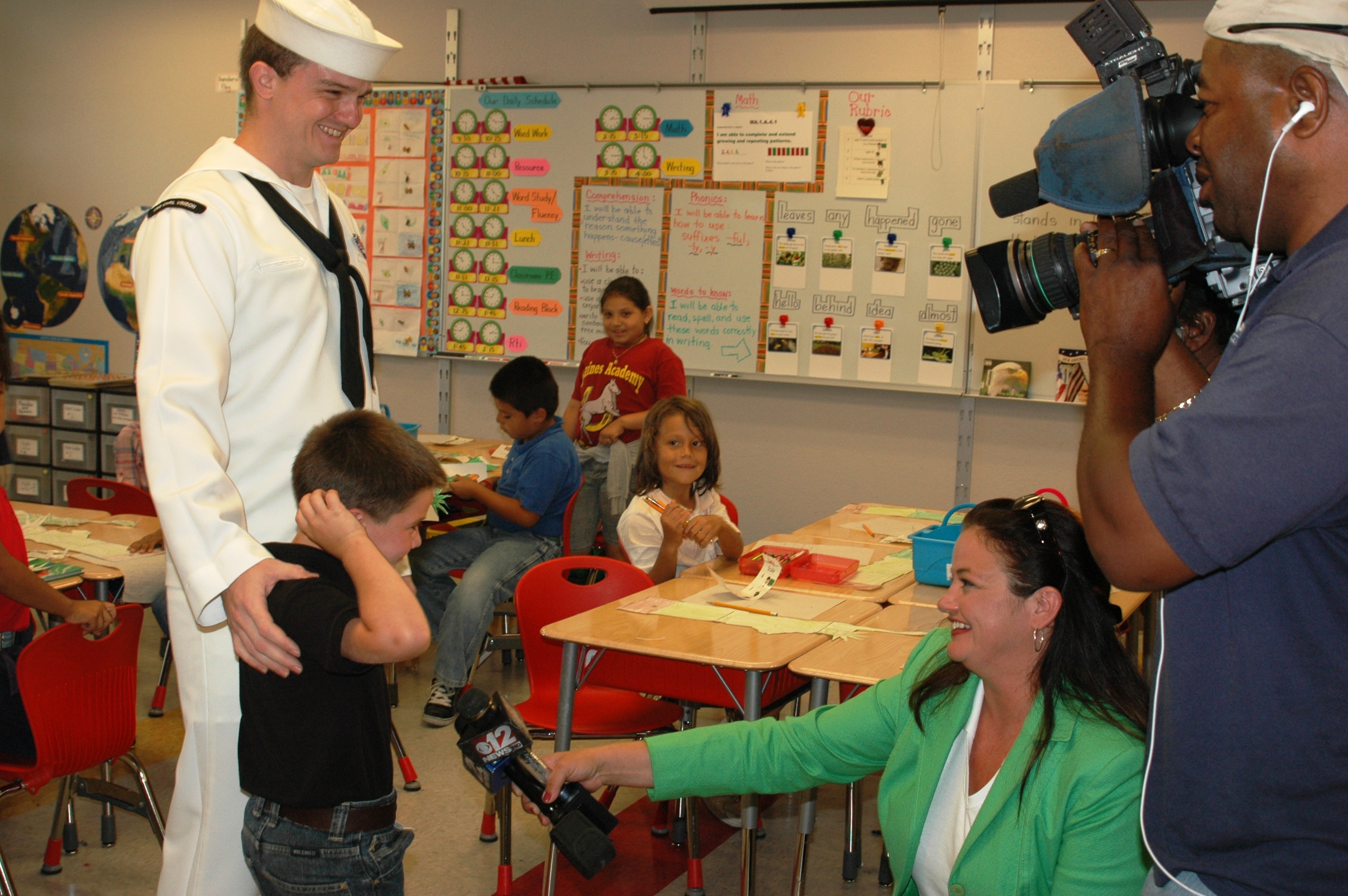 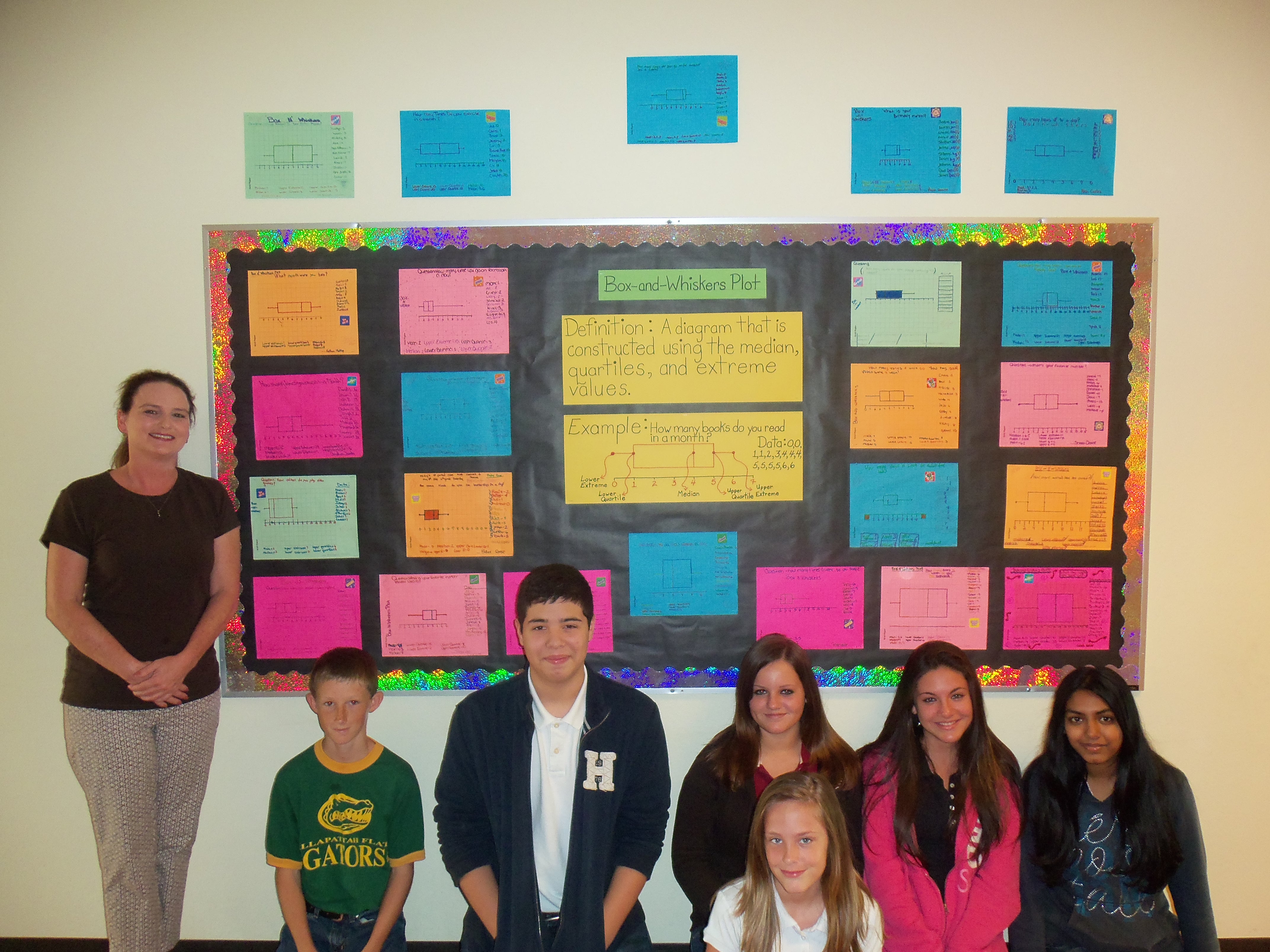 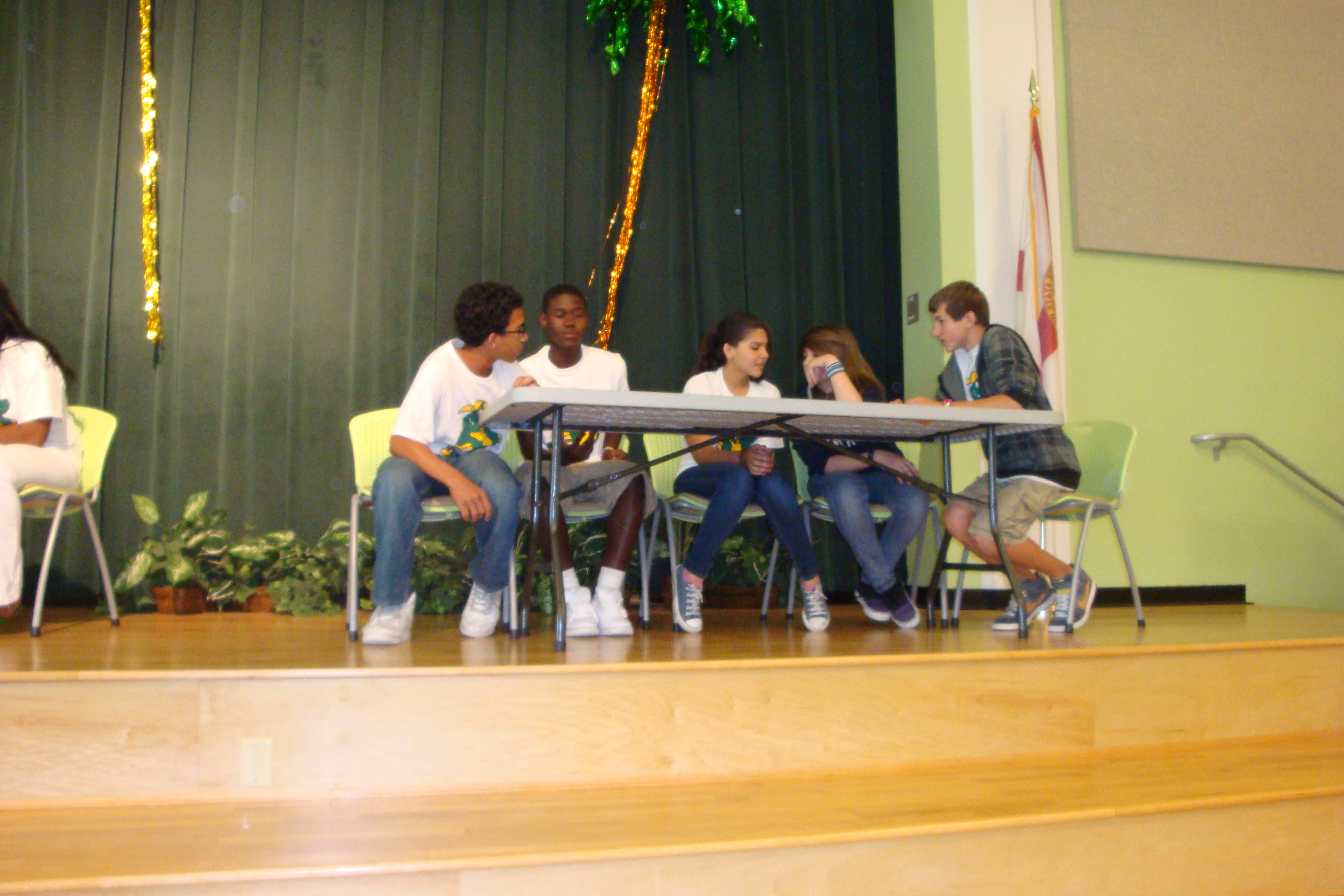