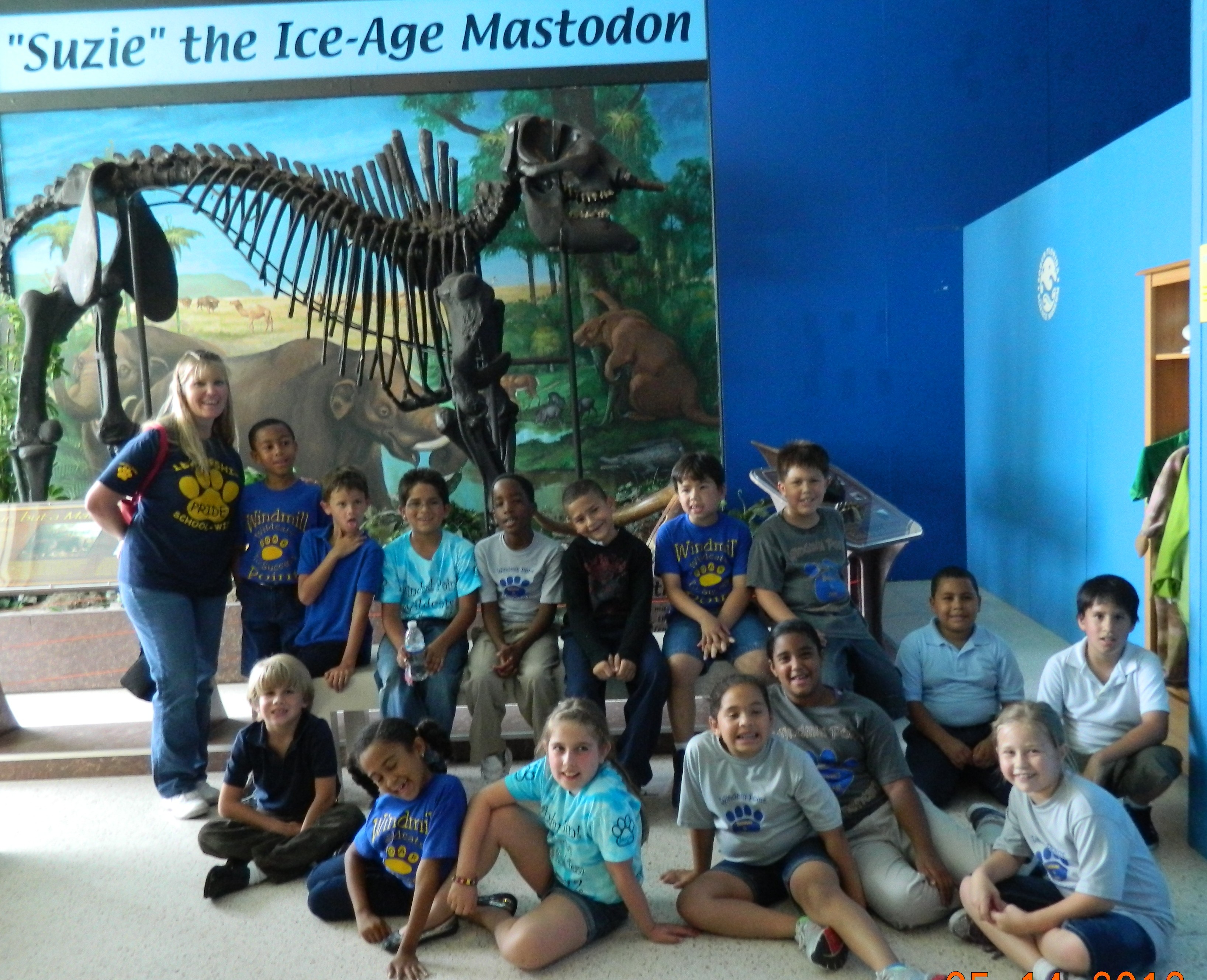 Fun times at the museum for Windmill Point students

Students from Windmill Point Elementary’s second grade classes enjoyed a field trip to the South Florida Science Museum. Shannon Sivalls and her students visit the prehistoric section of the museum. 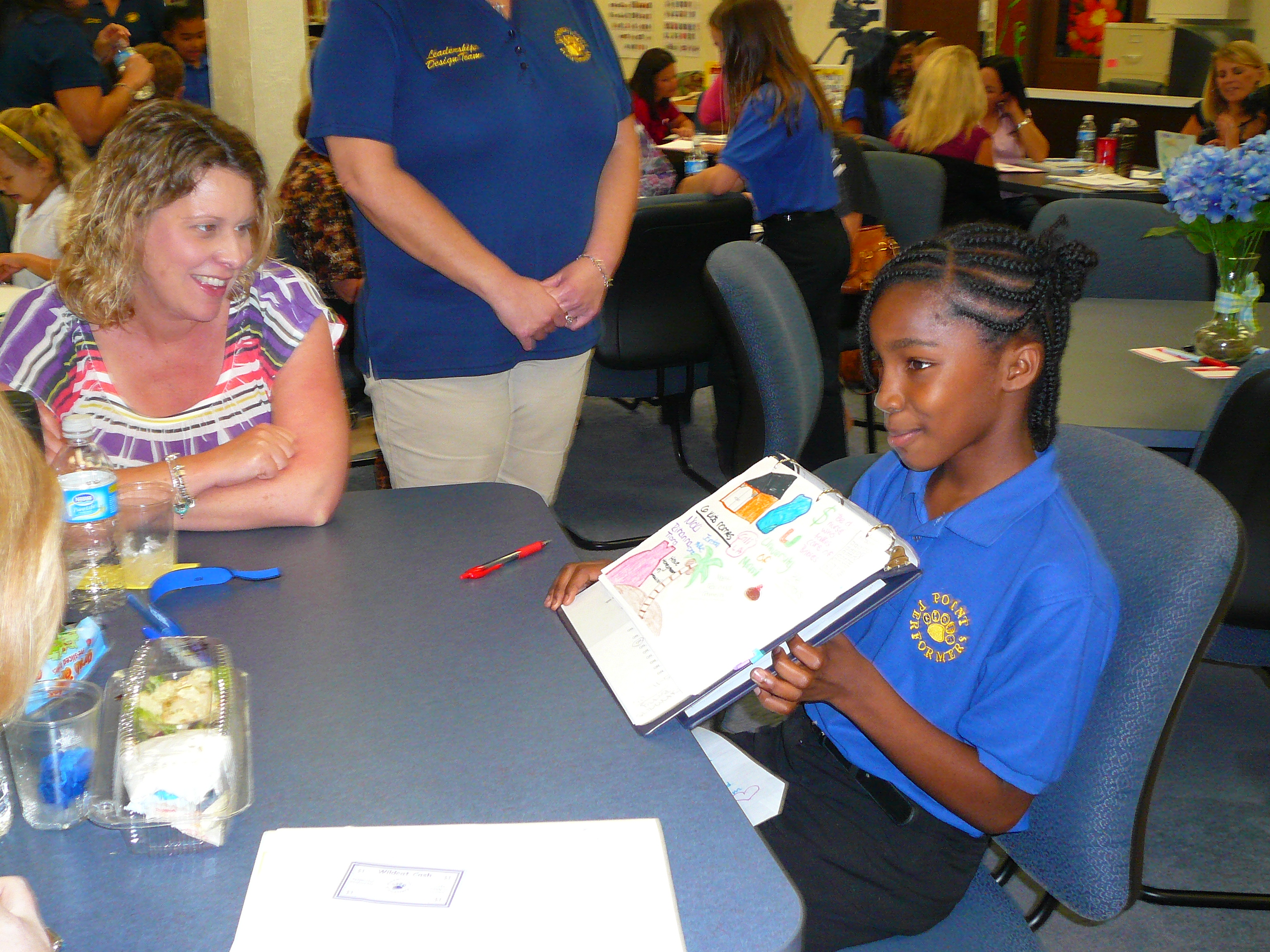 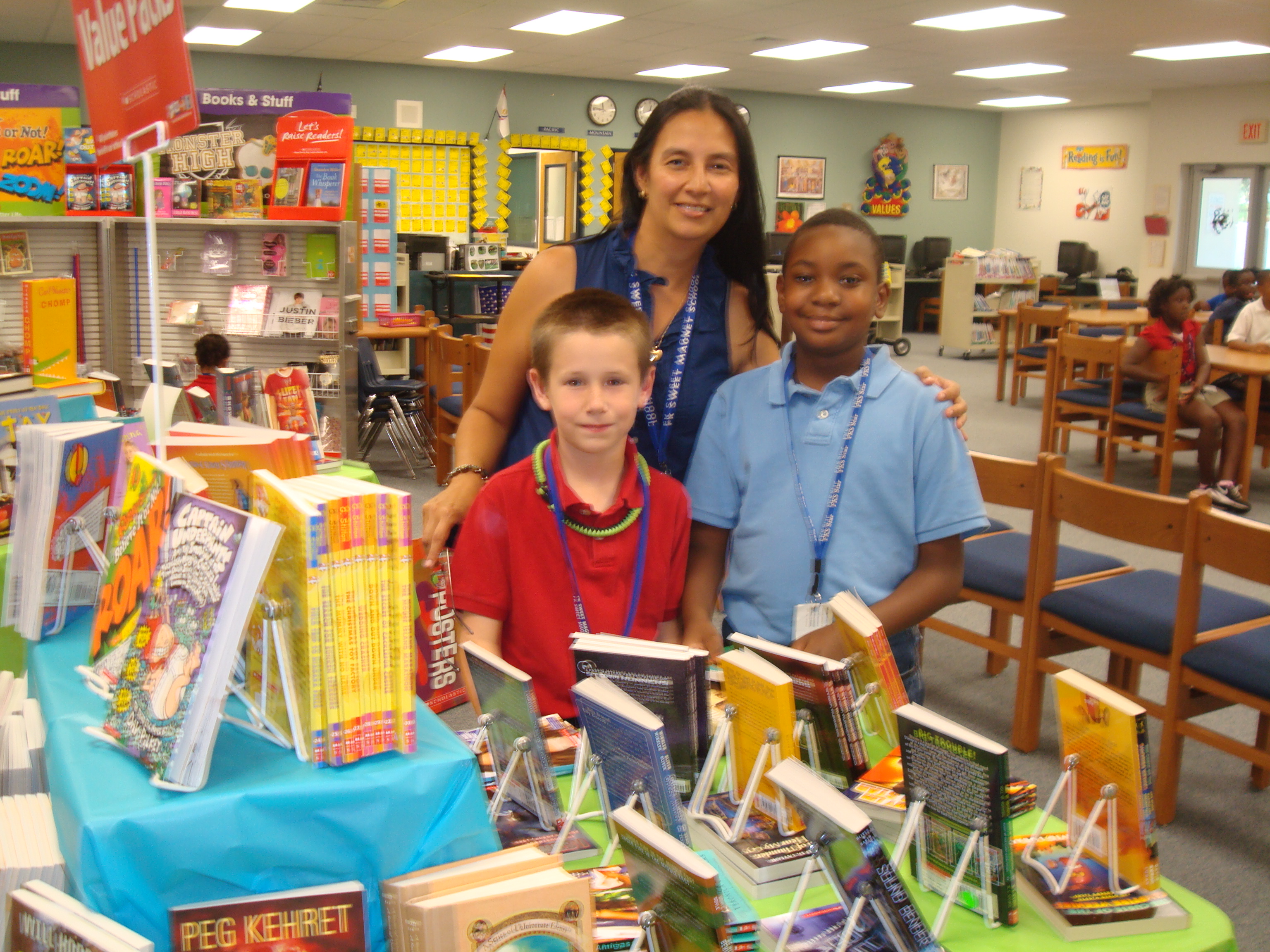 The recent Scholastic Book Fair at F.K. Sweet Elementary was a huge success. Every student received a free book and was able to shop throughout the week.  Parent Maria Mendoza, volunteered several days and is pictured helping Justin Adrian, left, and Caleb Cobb select books for their summer reading. 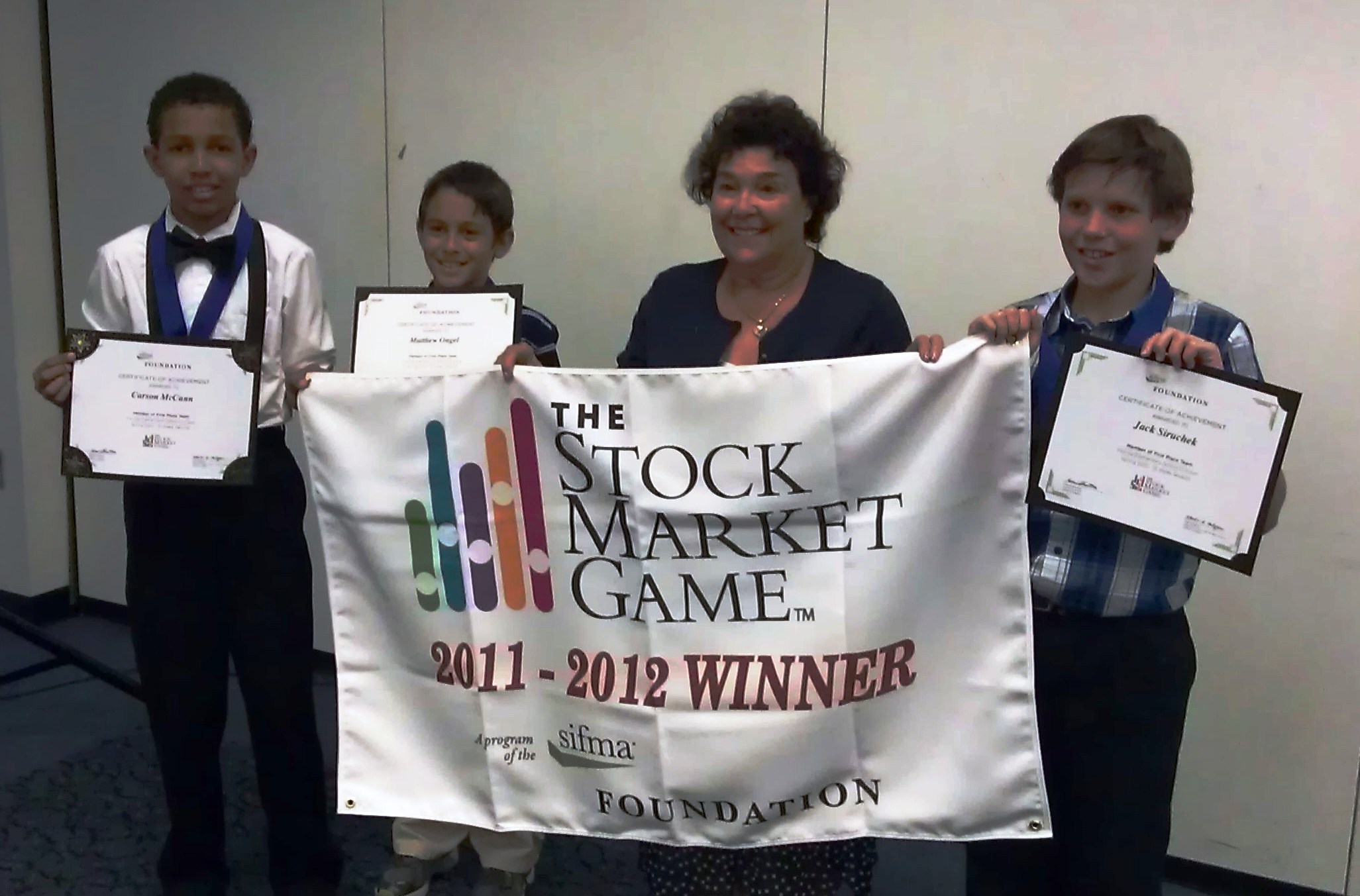 Students in Lesley Eagle’s fifth grade gifted classroom participated in the Stock Market Game and placed first in the Elementary Division! They were honored at a recent awards ceremony. Pictured, from left, are  Carson McCann, Matthew Ongel, Ms. Eagle, and Jack Siruchek. 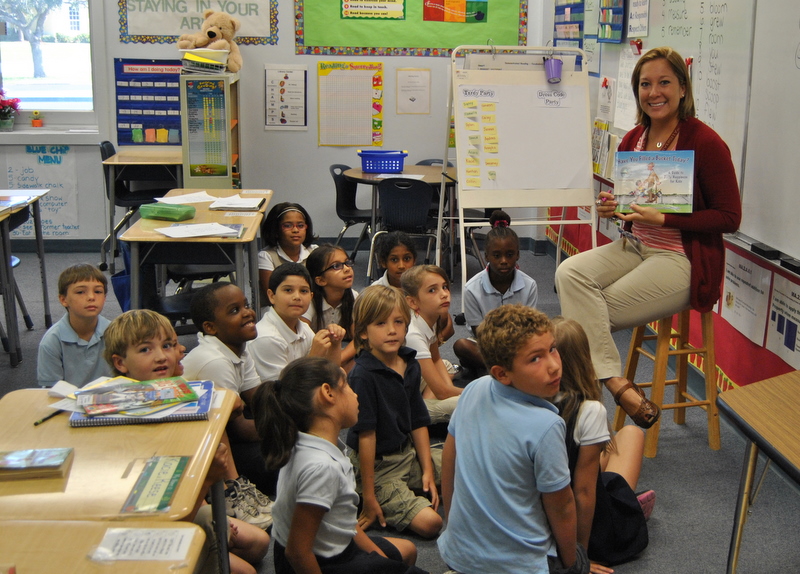 Morningside Elementary students start the day in a positive way

Morningside Elementary School’s second grade teacher Sarah Roddin is reading, “Have You Filled a Bucket Today?” by Carol McCloud to her class. This book is a guide to daily happiness for kids. Her students enjoy beginning their day in a positive way. 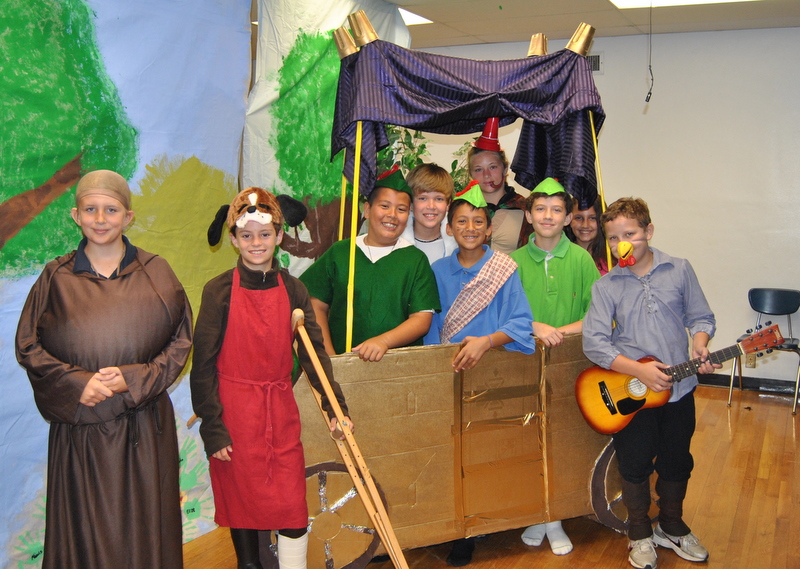 Fifth grade students at Morningside Elementary in Brad Culbertson and Mary Mascello’s classrooms put on an outstanding production of “Robin Hood” for their parents and students. Students not only performed but also created all of the costumes and sets for the production. 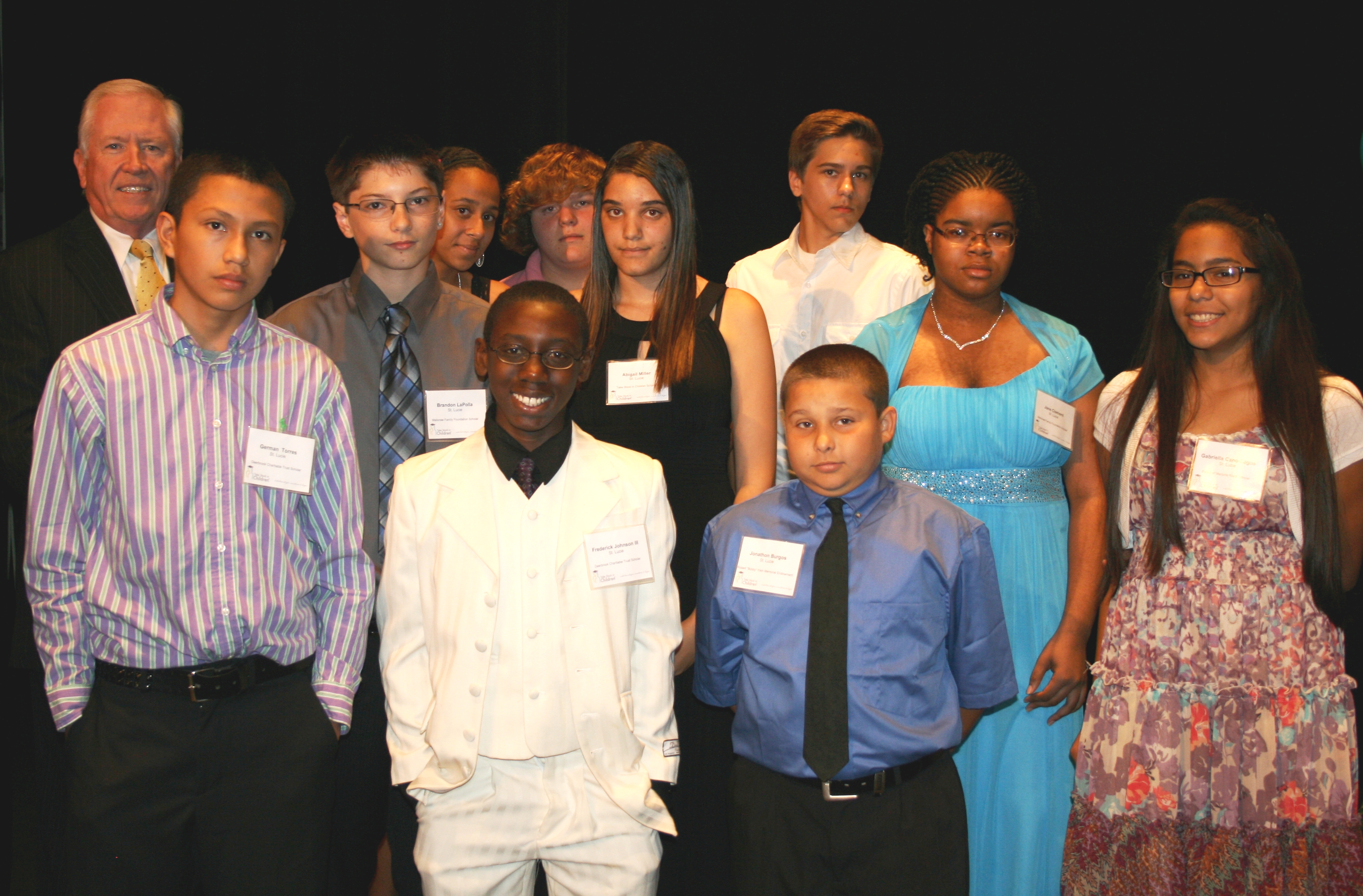 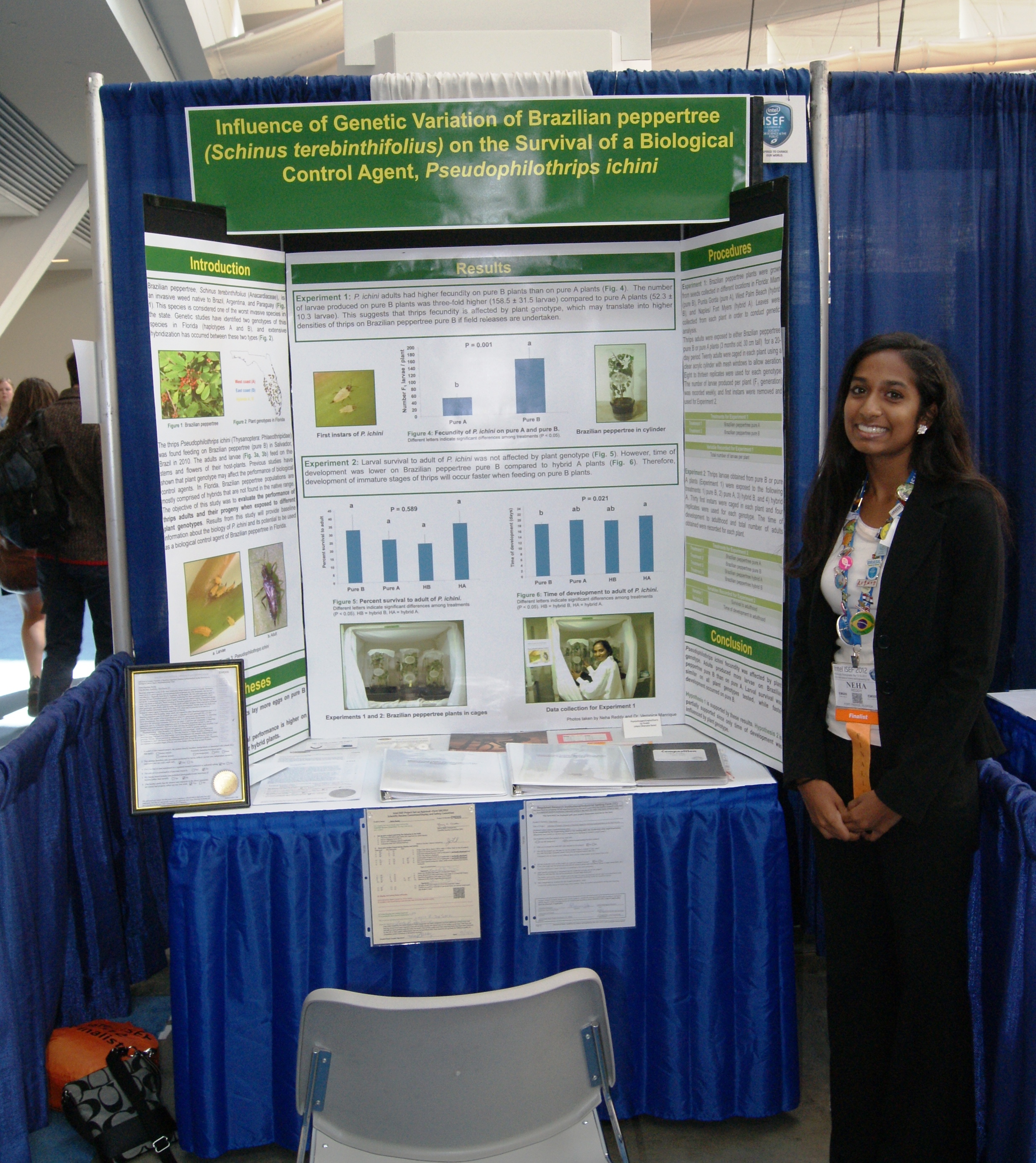 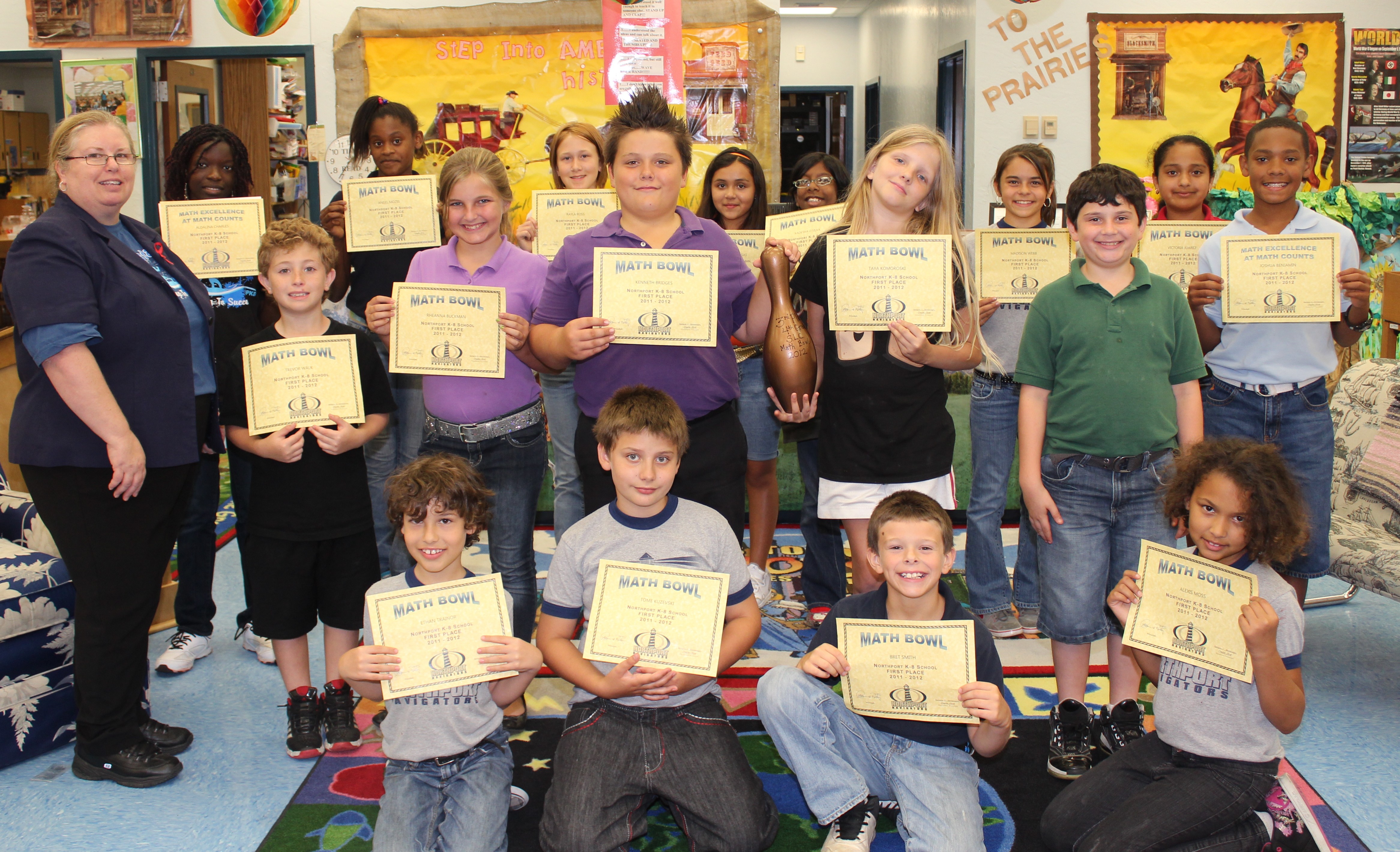 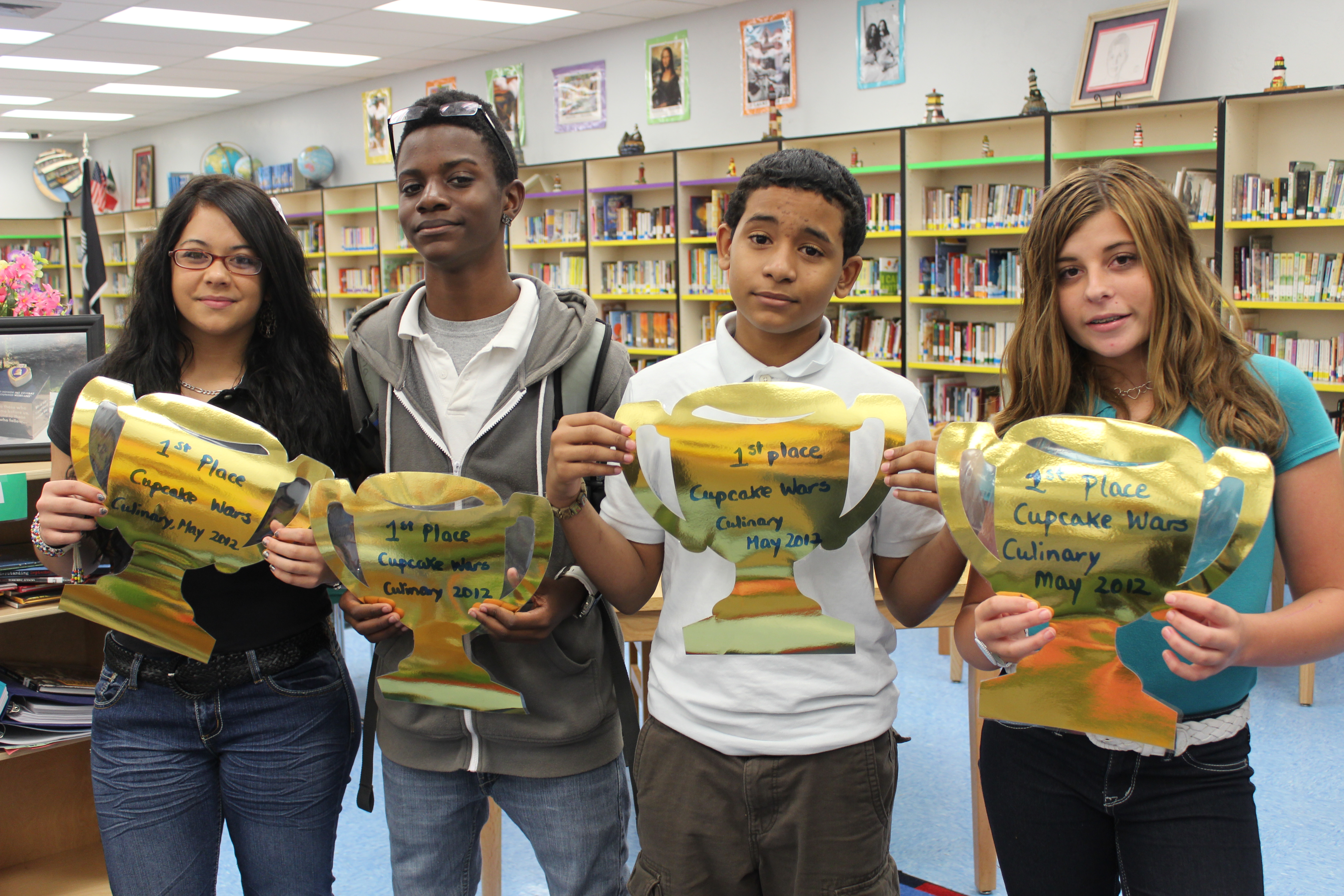 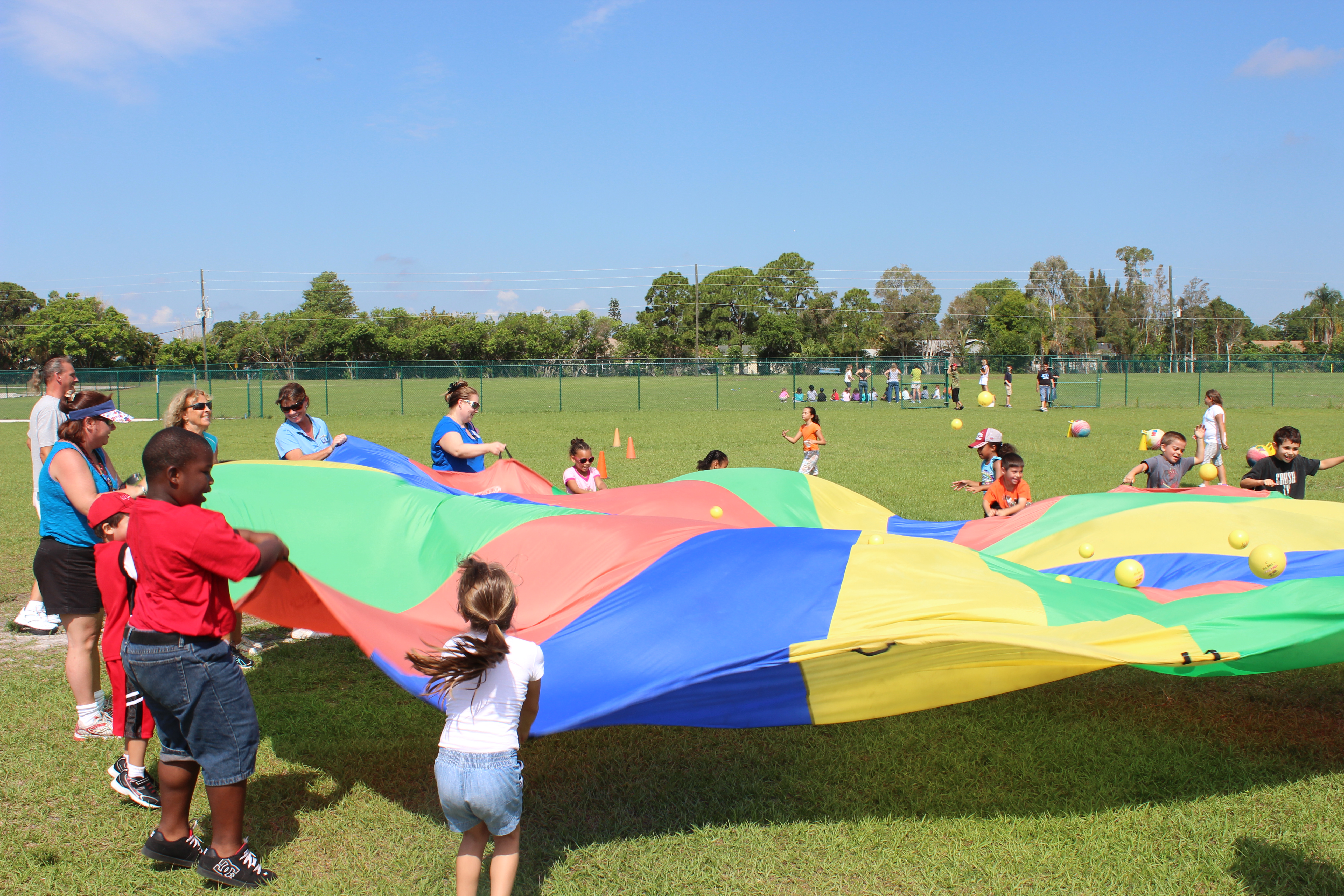 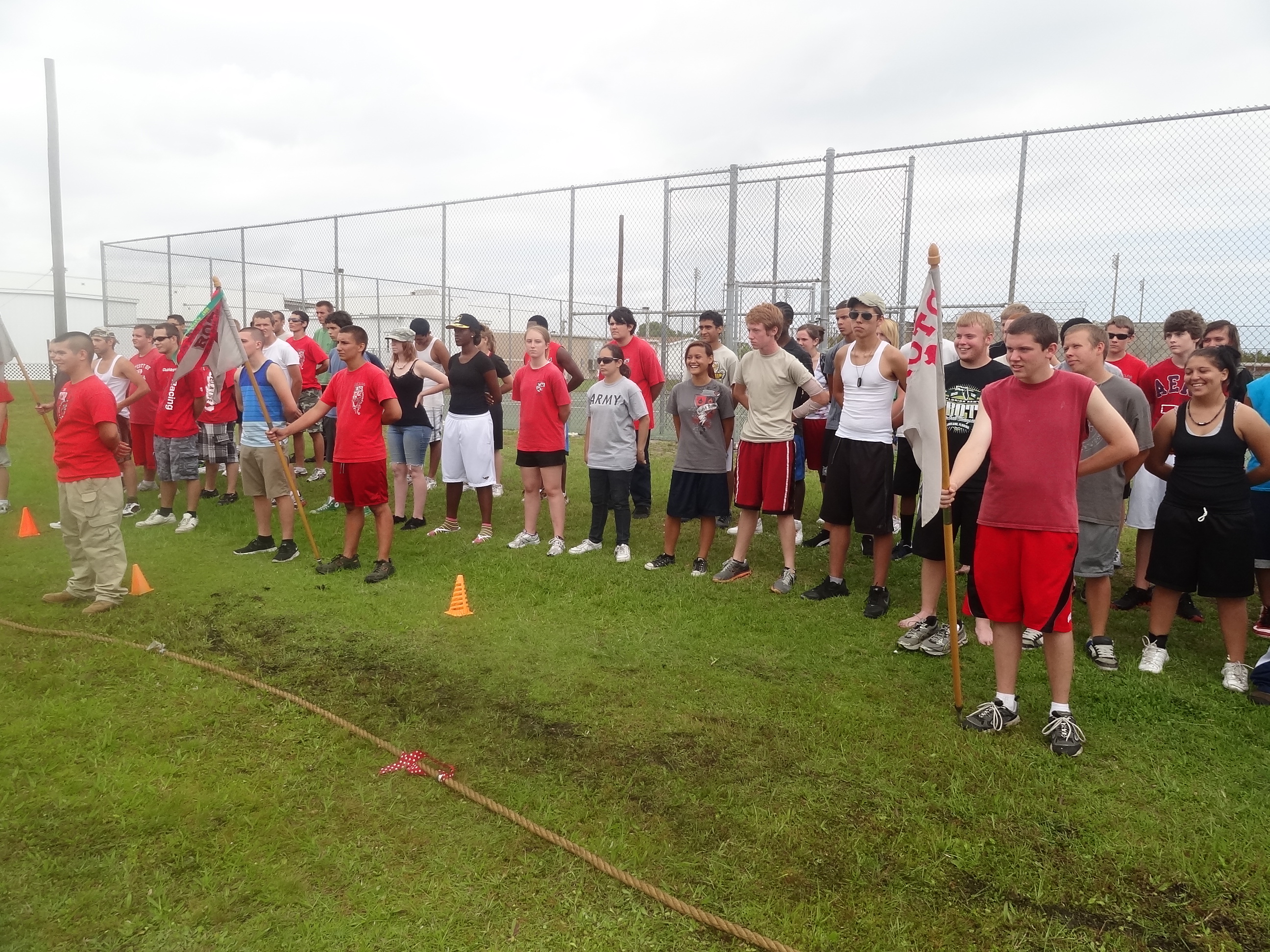 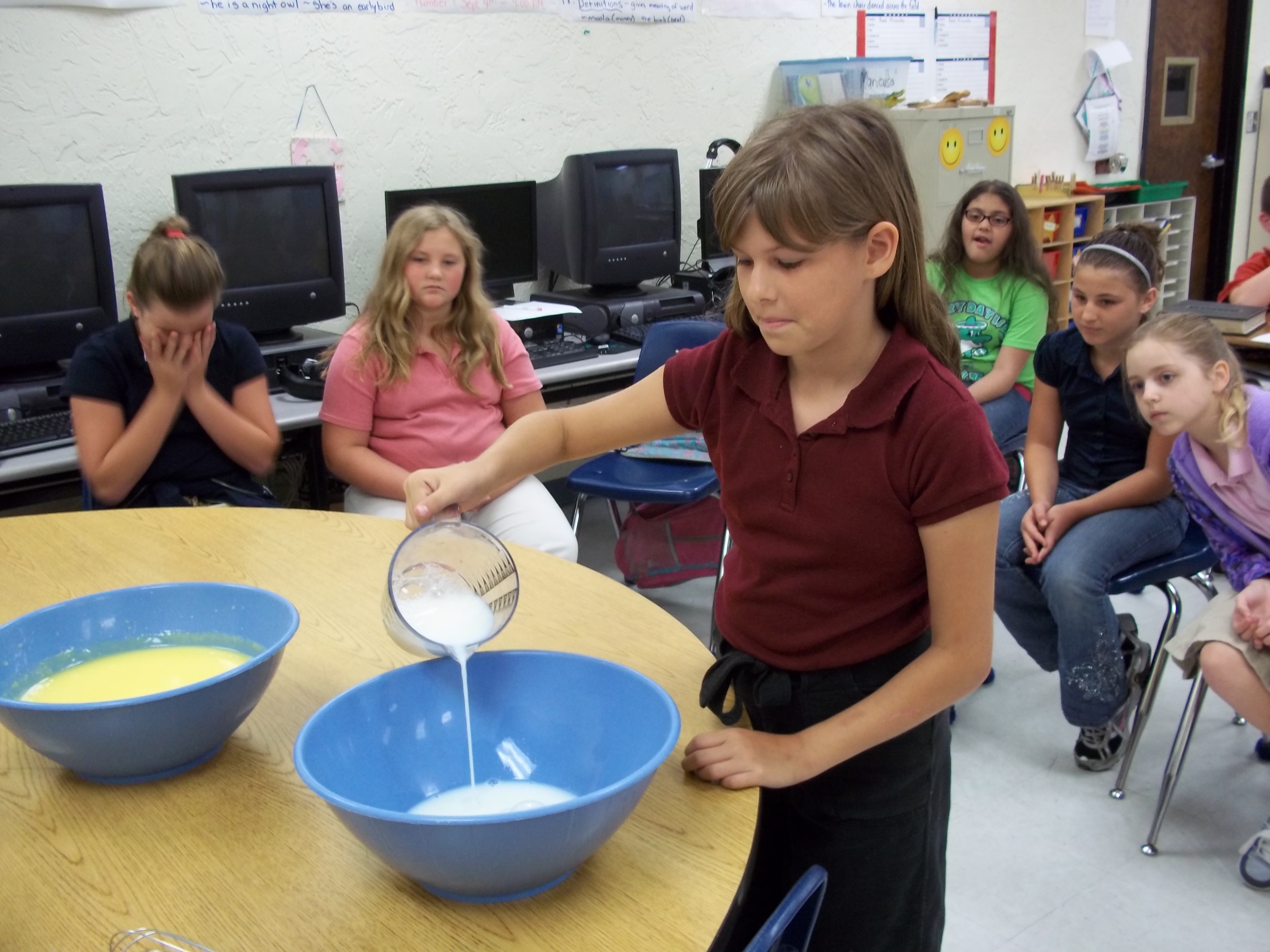 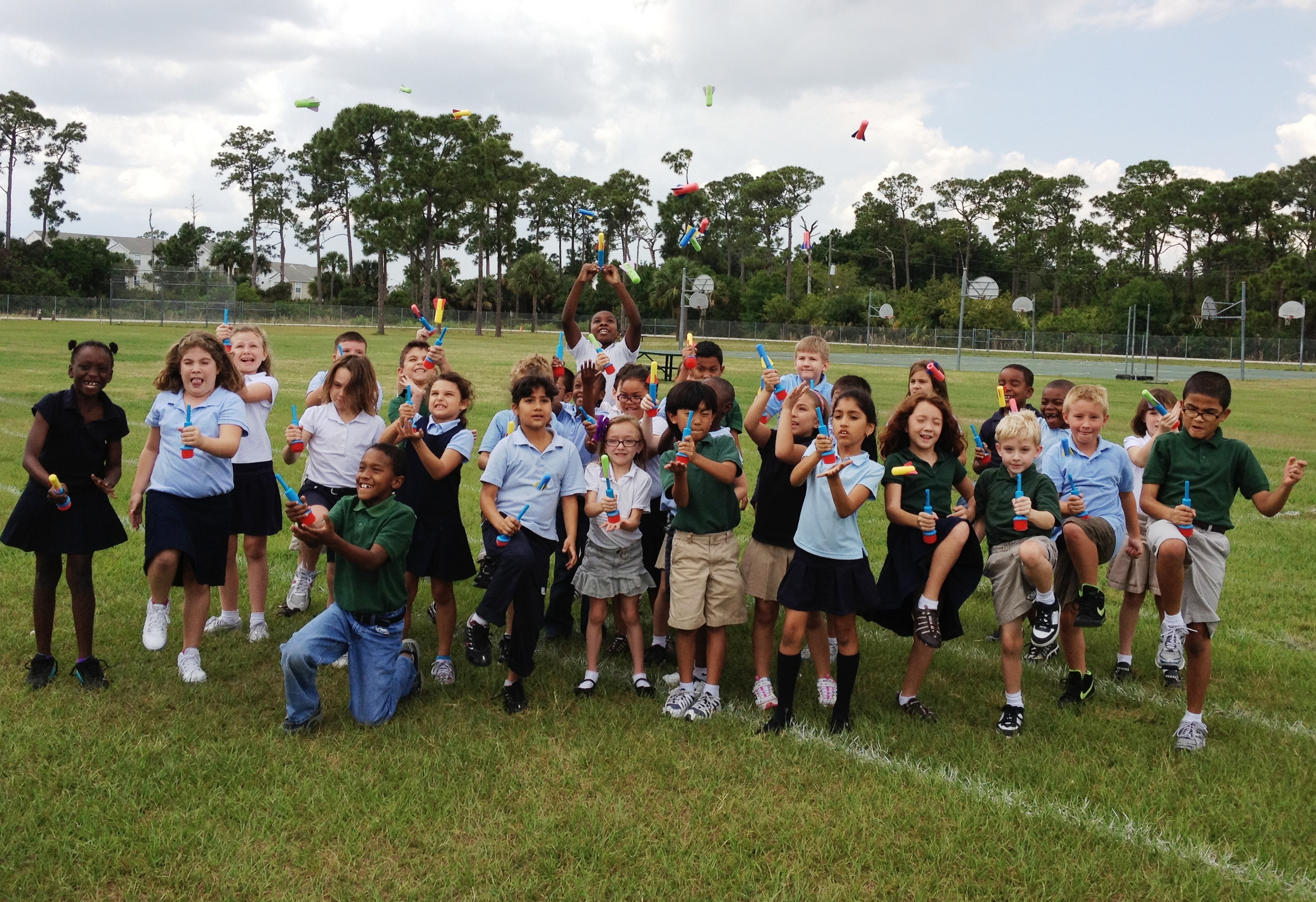 Students at two Village Green Environmental Studies Schools classes buddy up with each other in a variety of ways. Pictured are students from Christine Duane’s first grade class and Mark Casper’s second grade class “blasting away” at the  SAT 10 standardized test. 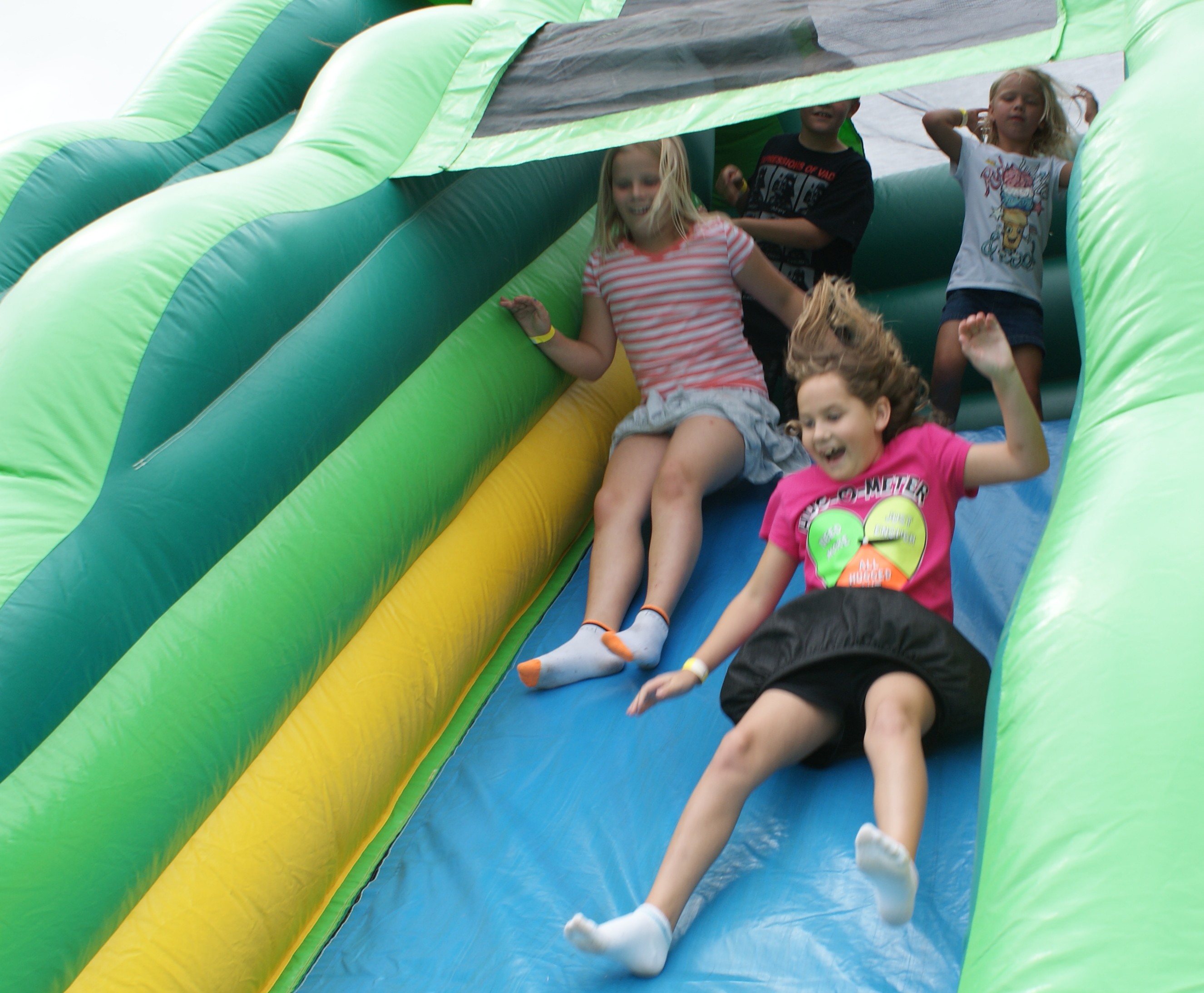 Family Fun Night just that — fun for all

These faces can tell just how much fun was had by all at the recent Family Fun Night at F.K. Sweet Elementary. The annual event is sponsored by the PTO, with many members of the faculty and staff assisting with ticket and food sales.  A few of the available activities were dunking teachers in the huge water tank, sports, music, face painting, the bounce house, and everyone’s favorite, the giant slide. Camryn Gardner and Kayla Jungjohan both agree that the slide was the most exciting. 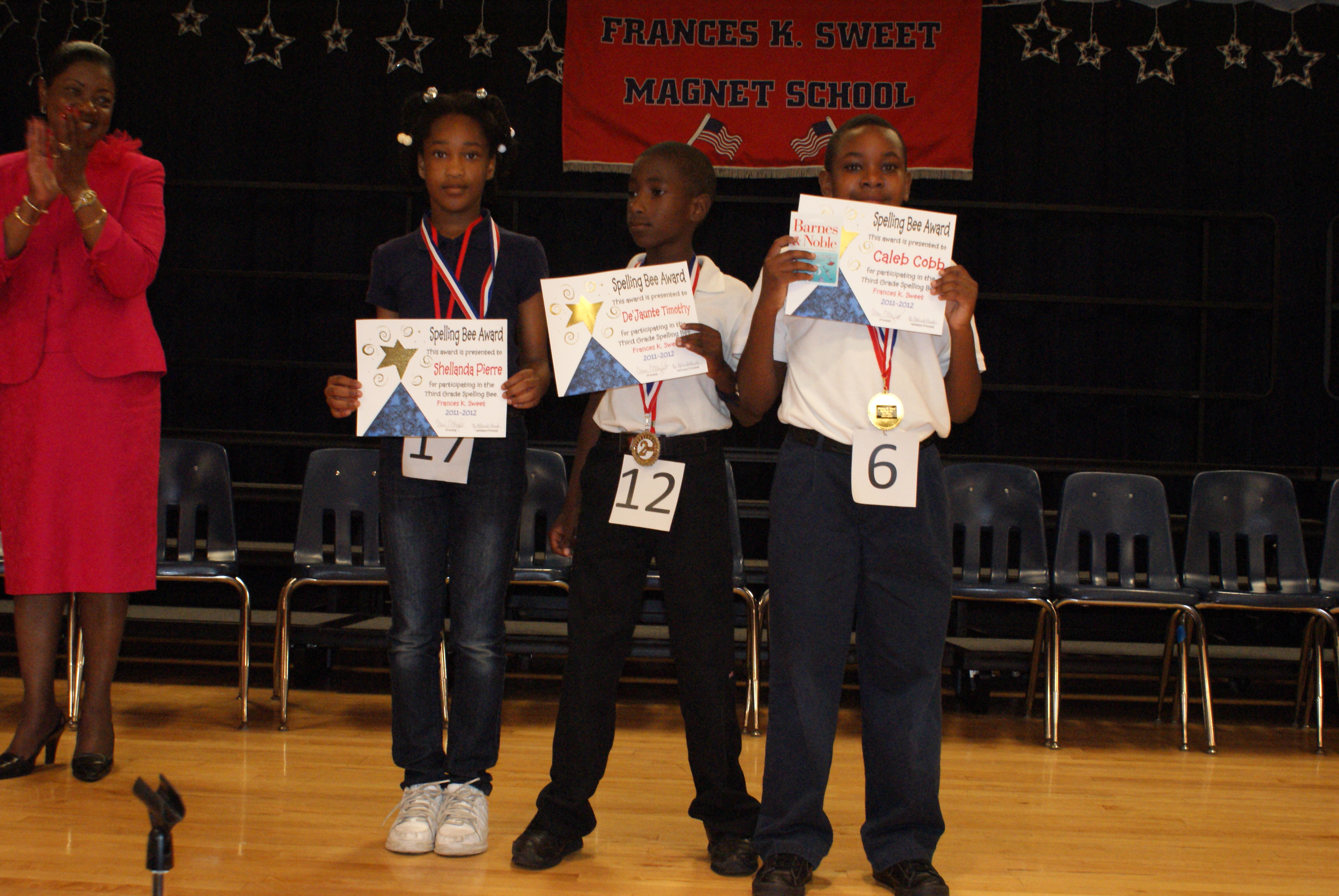 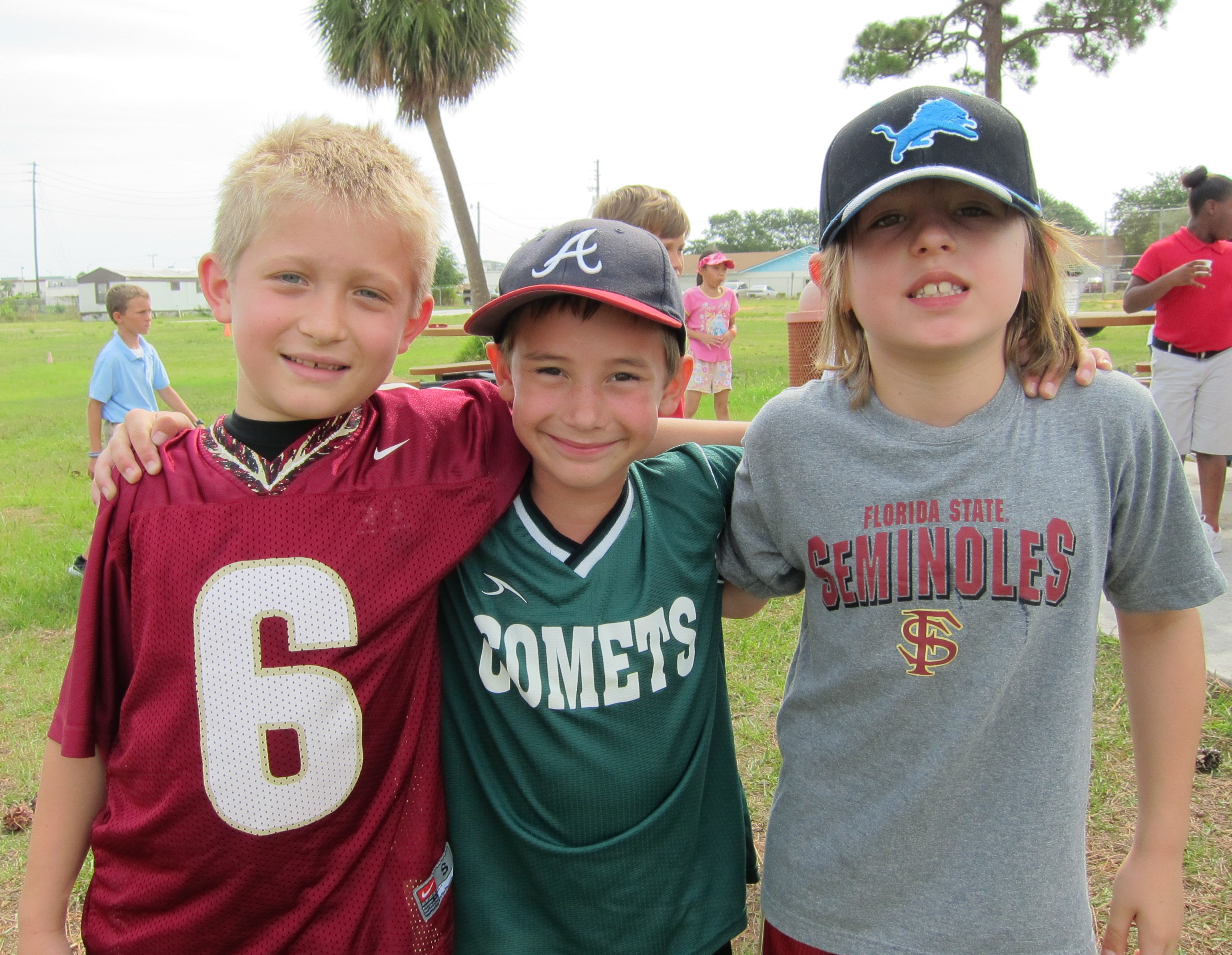 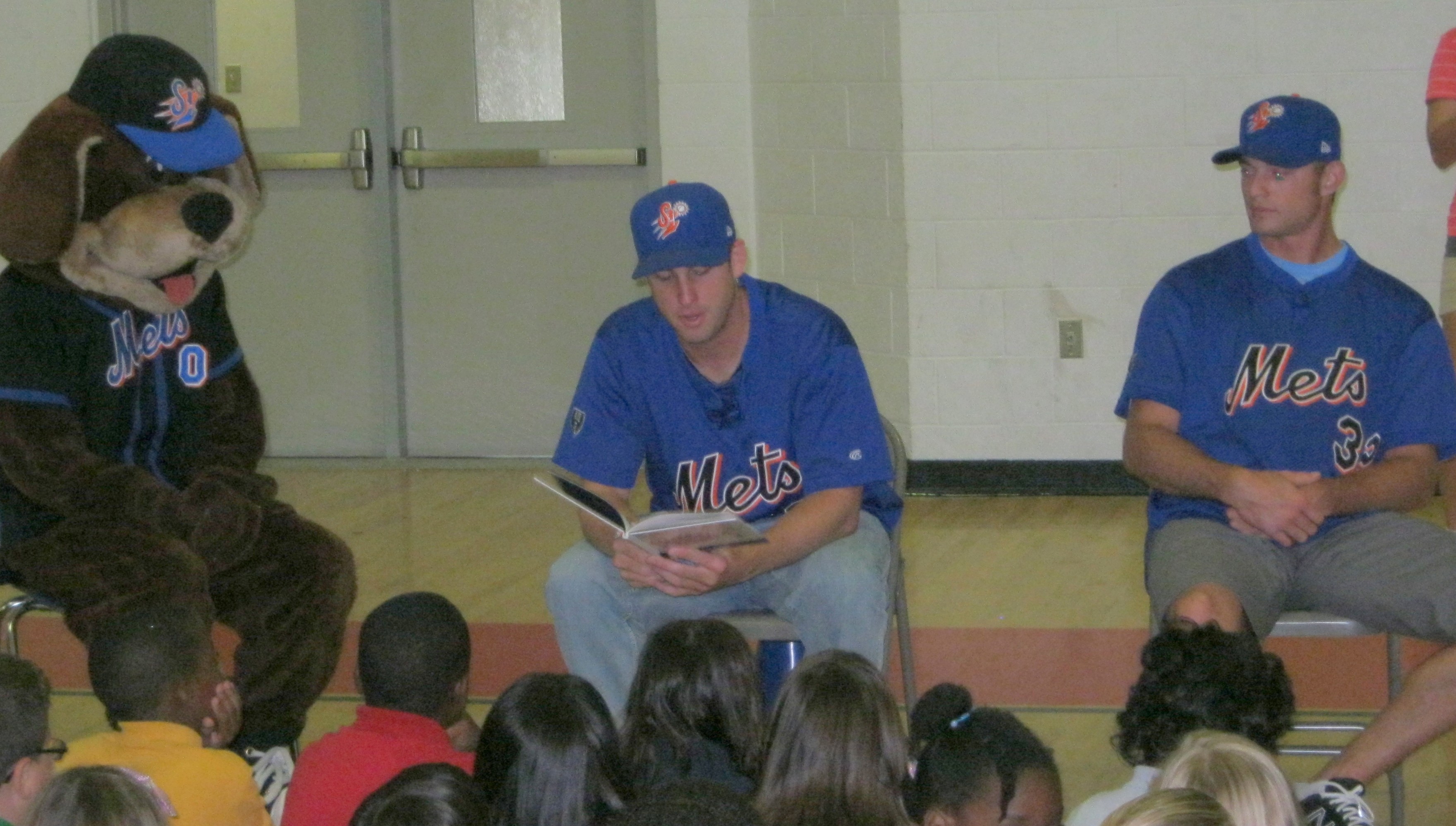 St. Lucie Mets baseball team pitchers Adam Kolareck and Chase Huchingson and team mascot Slider recently visited WestGate K8 to read to students in first and second grade classes.  The Mets program “Slide Into Reading” rewards students who read a required number of books by giving them two free passes to a summer ball game.  This year at WestGate students scored a grand slam home run!  WestGate is grateful to the Mets for their support of literacy in St. Lucie County. 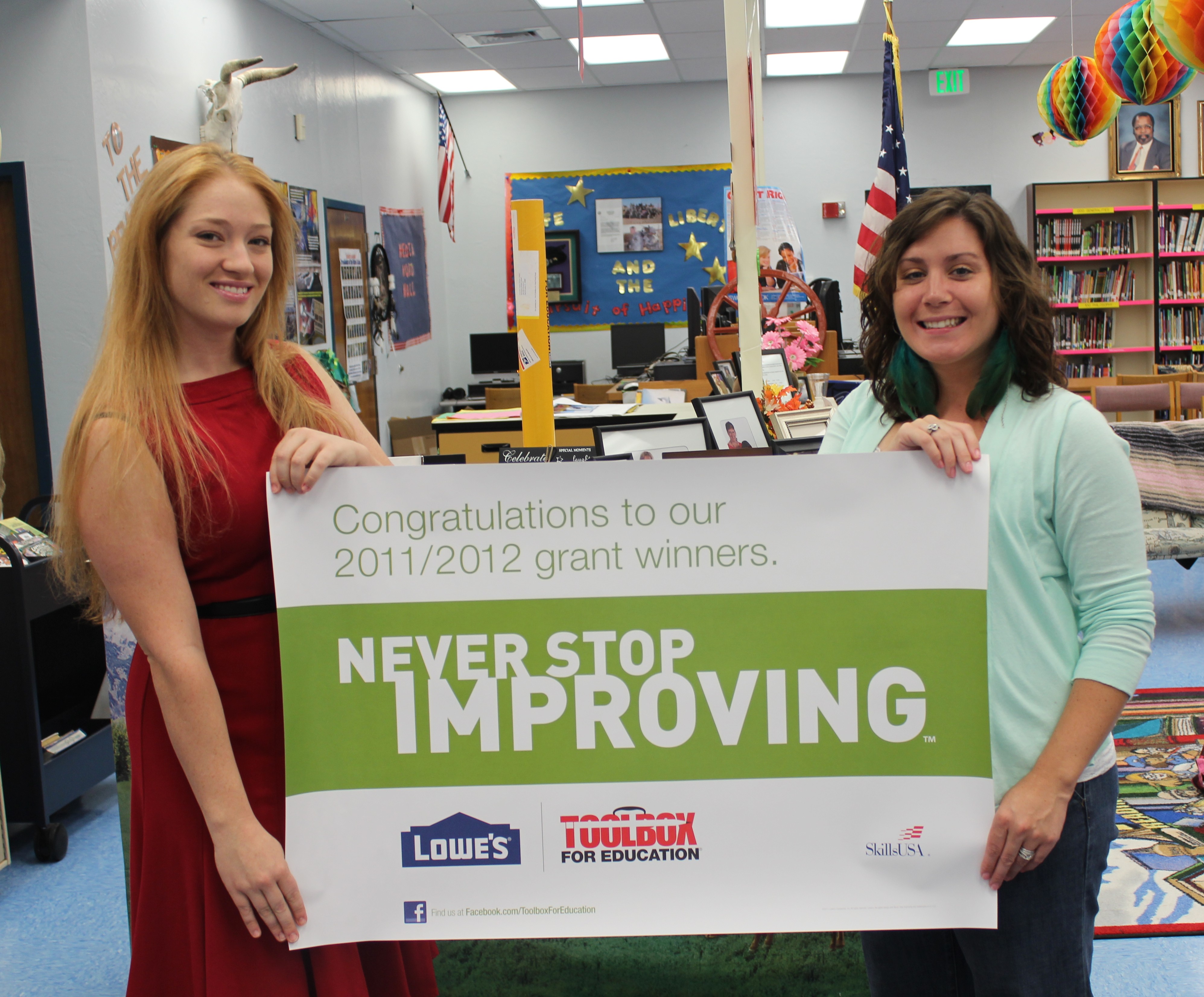 Northport K-8 middle grades science instructors Amanda Sartain and Kalyn Nova have been selected to receive a 2012 Toolbox for Education Grant for a vegetable garden for the middle school next year.  A school garden allows students to
apply curriculum based education in innovative, unique and engaging ways.  Instructors will be using the Gardening For Grades curriculum by Florida Agriculture for planning and creating lesson plans for the garden.  Students will discover the components of a garden that correlates with curriculum from observing plants grown from seeds, measuring growth and designing experiments.  Students at the middle school level will be learning about Florida soil, different types of
soil, pH levels, hydroponics, soil testing, composting, planting from seeds, photosynthesis and types of seeds.  The shared garden will be an exciting opportunity for authentic growth and scientific discovery. Pictured are Ms. Nova, left, and Ms. Sartain. 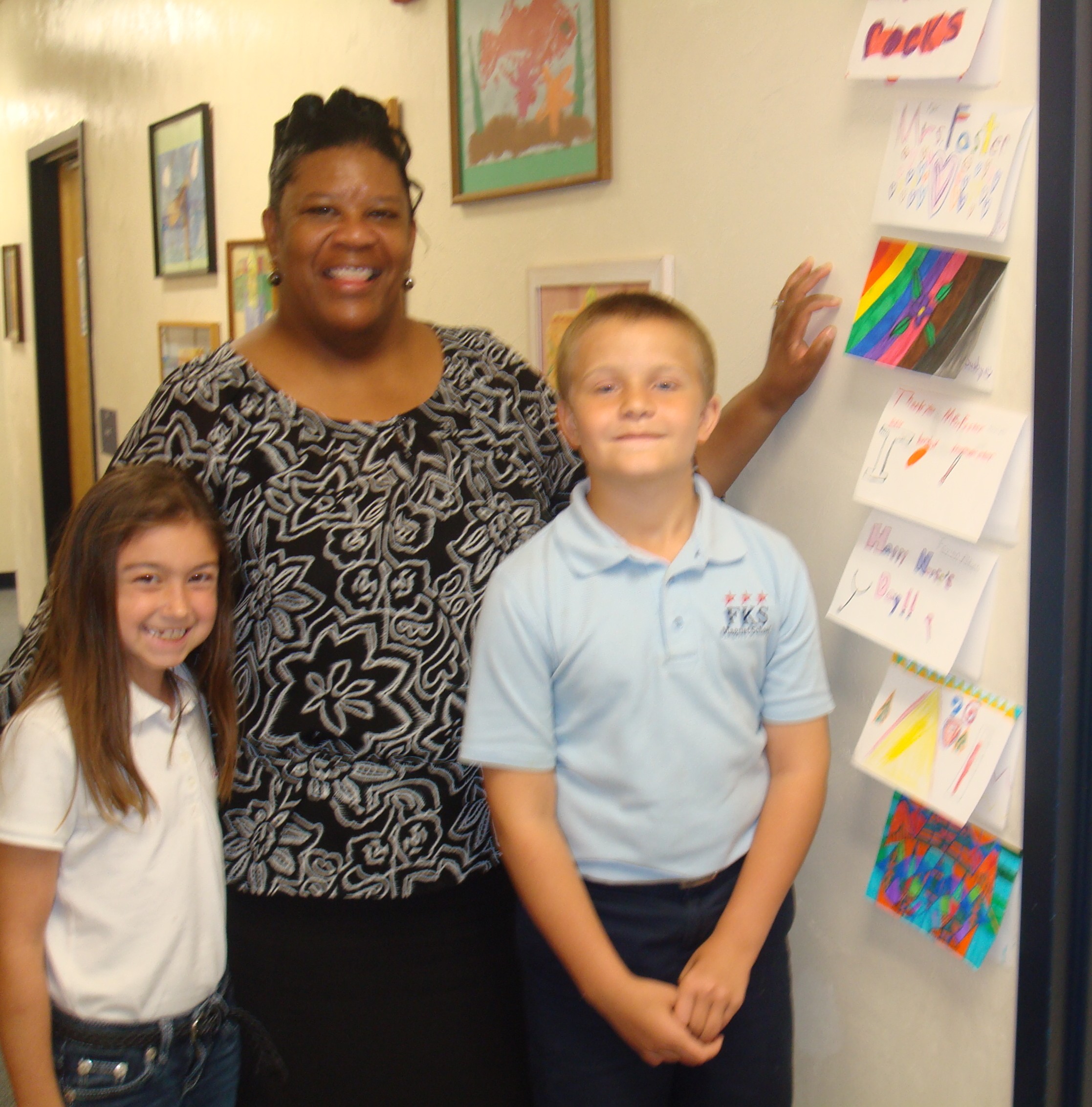 Jackie Foster, the school nurse at F.K. Sweet Elementary, is a very popular person on campus with every student. Sometimes children have been known to fake an illness so they can go hang out with her for a visit. To show their appreciation and gratitude for doing such an outstanding job all year, third grade students made thank you cards and posted them outside the clinic so everyone could read and enjoy them during Nurses’ Appreciation Week.  Olivia Sperber and Will Nelson are pictured with Ms. Foster saying thanks after putting up their cards.
« Older Entries
Next Entries »