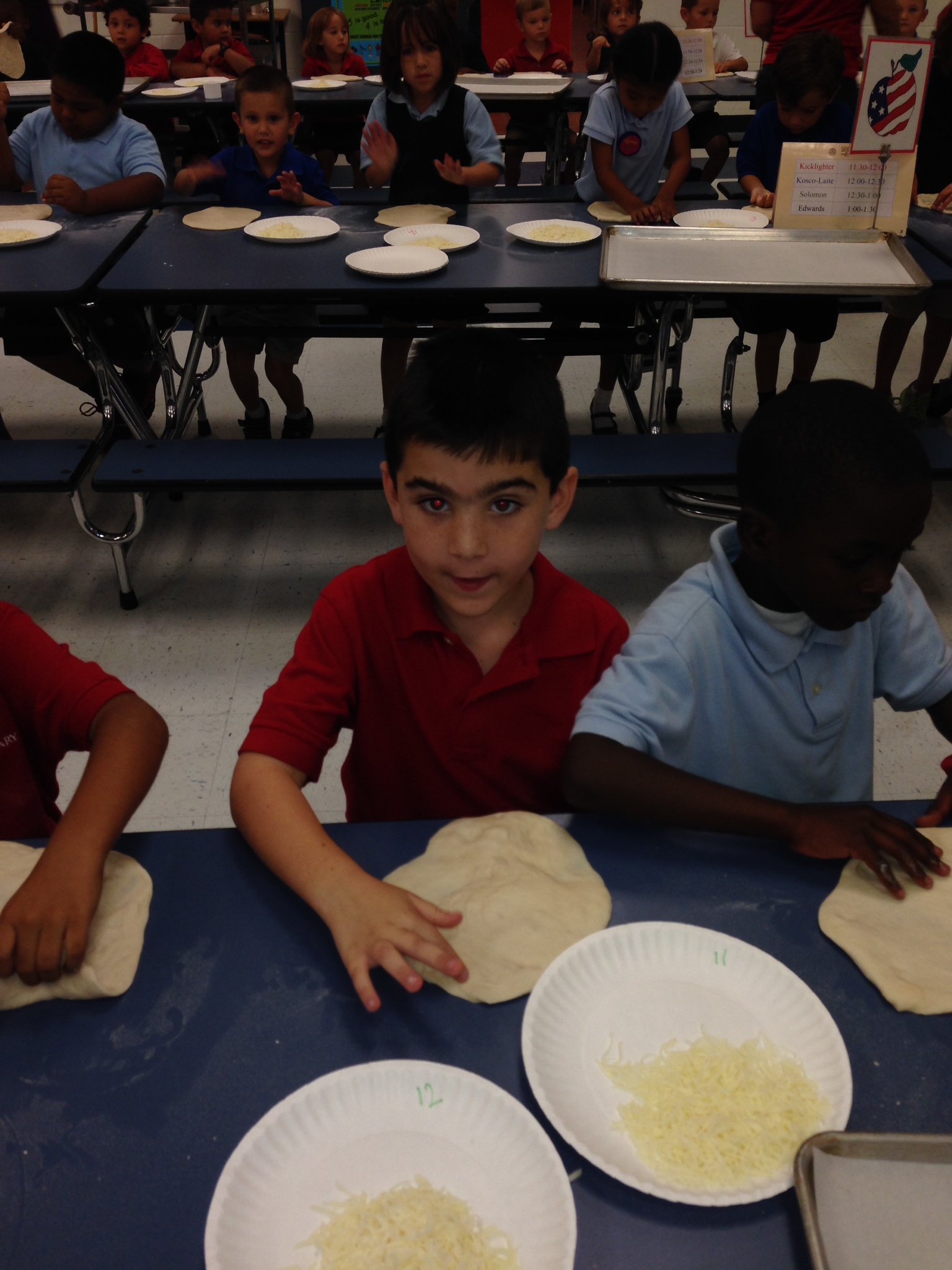 Fairlawn students are rolling in the dough

The kindergarten students learn science through a hands-on experience making a pizza. The students were able to see matter change its shape and property through the process. Christina Silva-Mejias from Loutina’s Pizza  helped the students make pizza. The students applied their sequence skills that they learned from reading “Pizza at Sally’s”  a book about the steps someone takes to make pizza. After making pizza, the students used a flow map to write about the sequences to make a pizza. Pictured are William Kicklighter, left, and Kielan Holland. 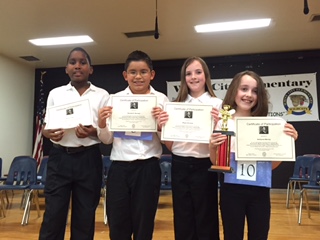 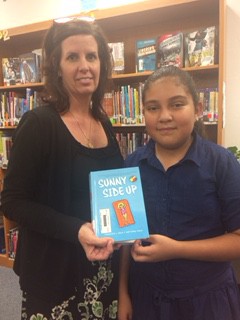 Mrs. Ridle, media specialist, explained to Shirley Gomez that when reading graphic novels, it’s important to ‘read’ the pictures AND the words.  The picture of the map shows that the location of the popular graphic novel, Sunny Side Up, takes place in our hometown!

If we hadn’t looked closely, we would have missed that really cool detail! 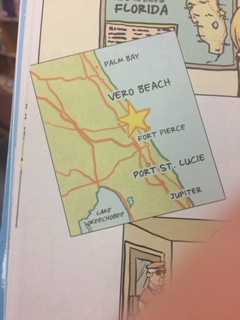 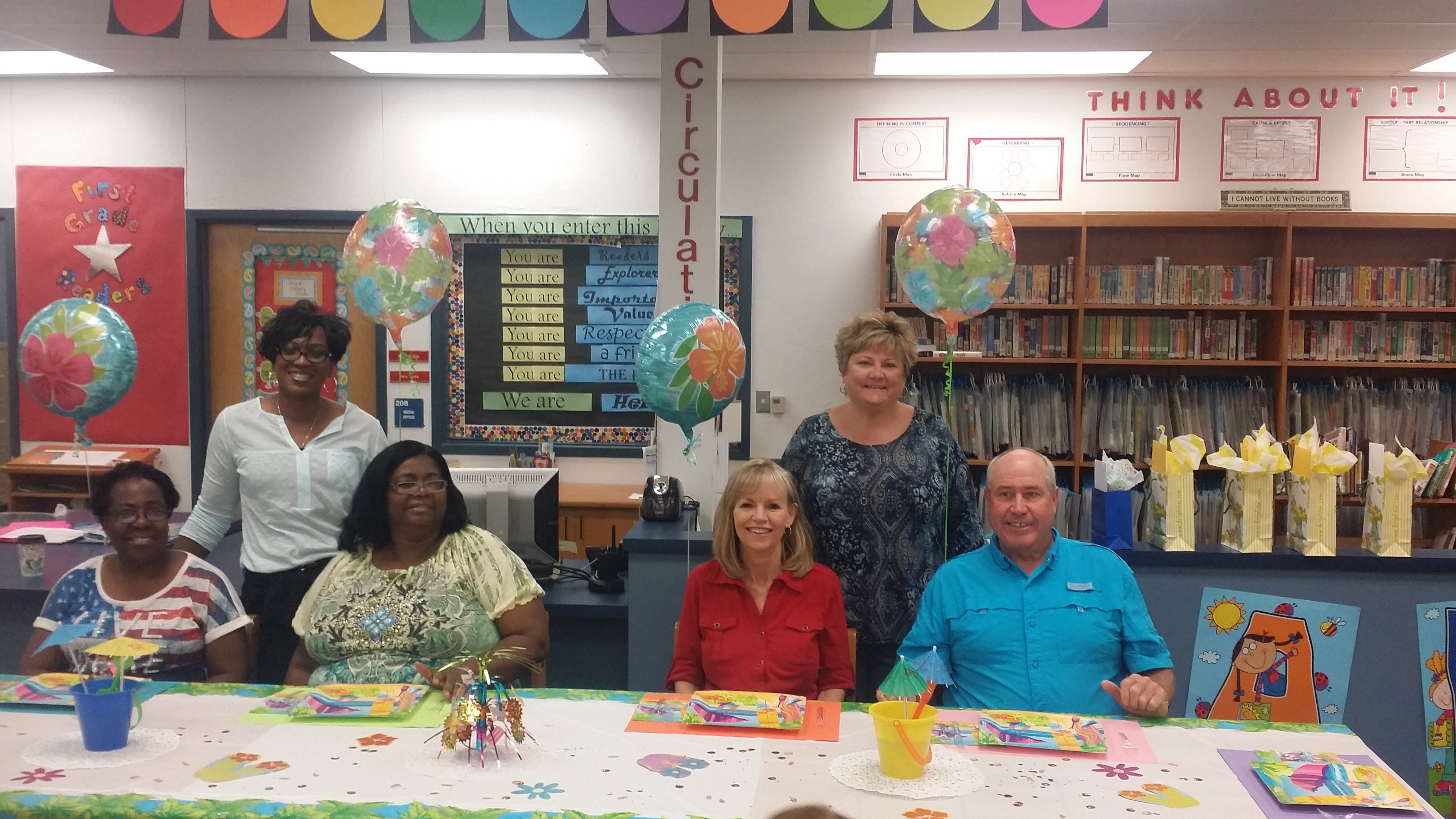 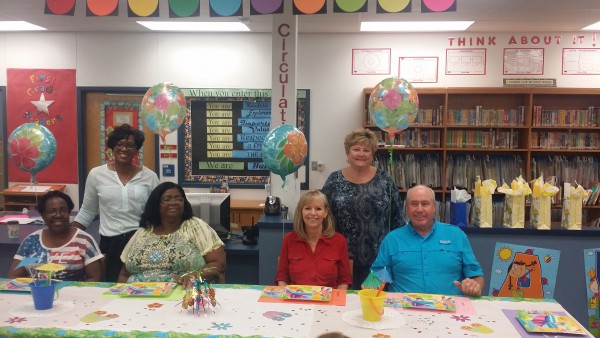 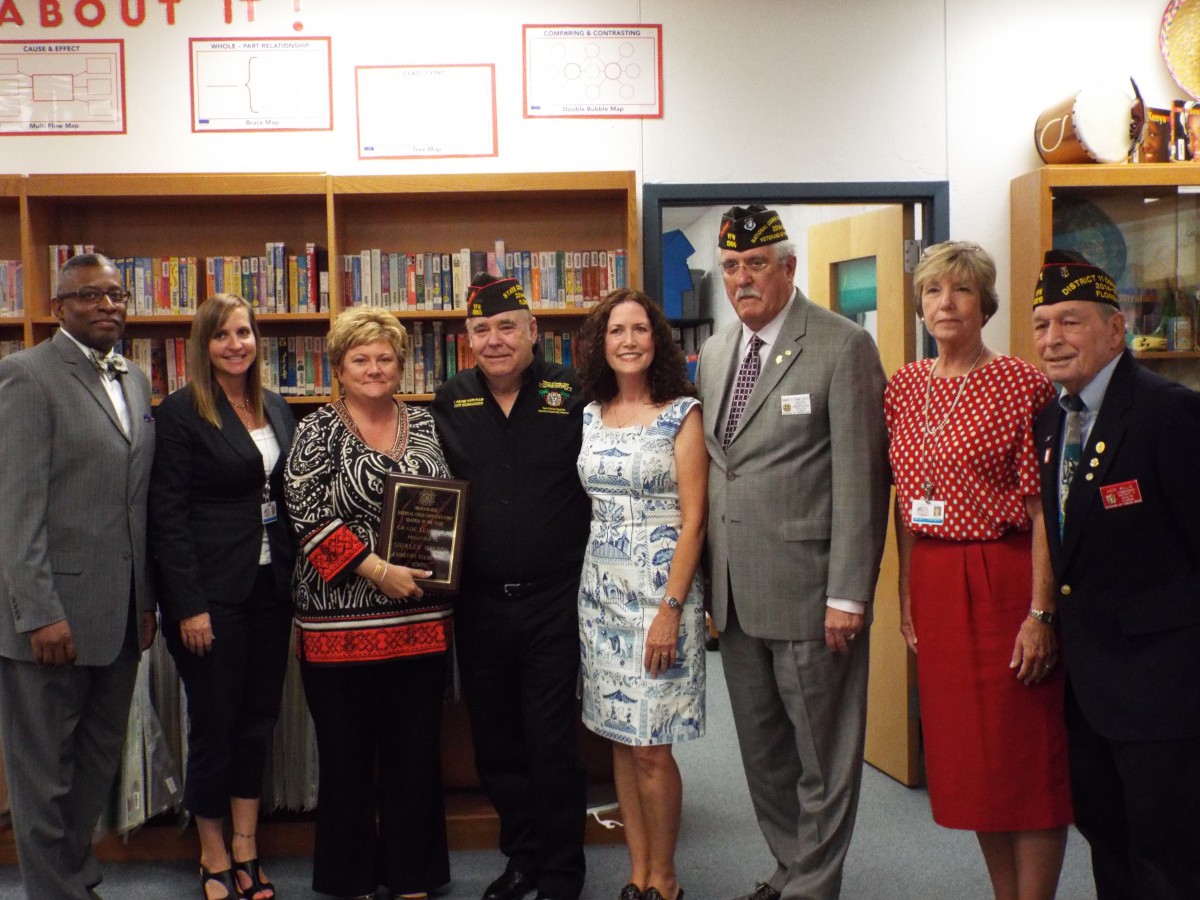 Fairlawn Elementary School received a $1000.00 check from the National VFW.  The State Commander,  T. Wayne Makham, presented the check to Principal Jennifer Hedeen at a faculty meeting with Superintendent Genelle Yost, Dr. Kevin Perry, and Lydia Martin in attendance.   This donation to Fairlawn Elementary was a result of Shirley Helton (retired 5th grade teacher) receiving the national honor of VFW Teacher of the Year 2014.  Mrs. Helton graciously accepted this award recently in St. Louis, Missouri.  Mrs. Helton was nominated by Nell Moyers to the local chapter and then continued on to win at the state and national levels.    Shirley Helton encouraged her students to show patriotism.  This award was granted for her extensive citizenship activities, including patriotic studies, the constitution, and the continuous support her students gave to the soldiers and the military medics in Iraq and Afghanistan.  Sue Keller, Allison Smith from the local VFW and Dr. Rosemary Ayers, VFW Ladies Auxiliary District 11 President, were also present as the donation was presented to the school principal. 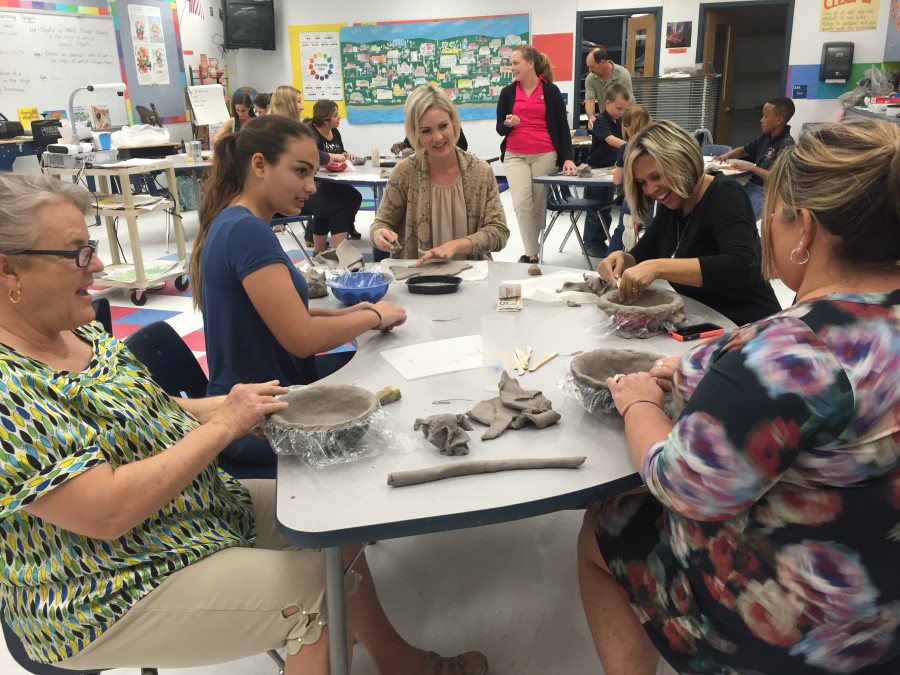 Fairlawn is participating in this year’s annual Empty Bowl Project. Thirty students in Mr. Gelardo’s art class will be creating clay pottery bowls for the event to be held on Saturday, March 12th, at the Ft. Pierce Farmers’ Market. Each bowl will sell for $15 and will benefit the Treasure Coast Food Bank. Every dollar raised will provide 7 meals to people in our community. Students who create the bowls can purchase them first or they will be taken to the event and sold along with the many other bowls created by the other schools in our district. Many employees also participated by donating $15 to the Treasure Coast Food Bank and making a bowl 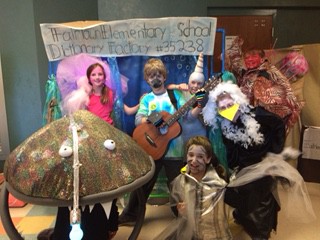 The Odyssey of the Mind team from Fairlawn Elementary Magnet School performed at Regional Competition at Suncoast High School in Riviera Beach, FL.  The team not only qualified for state, they received the Ranatra Fusca Creativity Award.  This award is the highest award in the Odyssey of the Mind program.  For this award, judges are asked to only make nominations if exceptional creativity is exhibited.  Comments on their award included, “The Division I team went above and beyond the requirements of the problem.  The team was incredibly insightful and advanced for elementary students.”  Congratulations, Fairlawn Odyssey Team on a job well done! 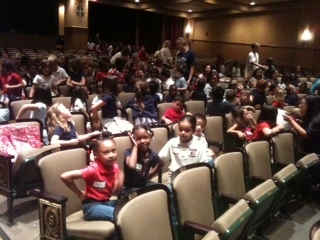 Kindergartners from Fairlawn Elementary recently experienced Colombian culture by watching a Colombian dance company preform many traditional dance from Columbia at the Sunrise Theater in Fort Pierce.  The students were mesmerized by the music and the brightness of the costumes.  It was truly a wonderful experience for these young students. 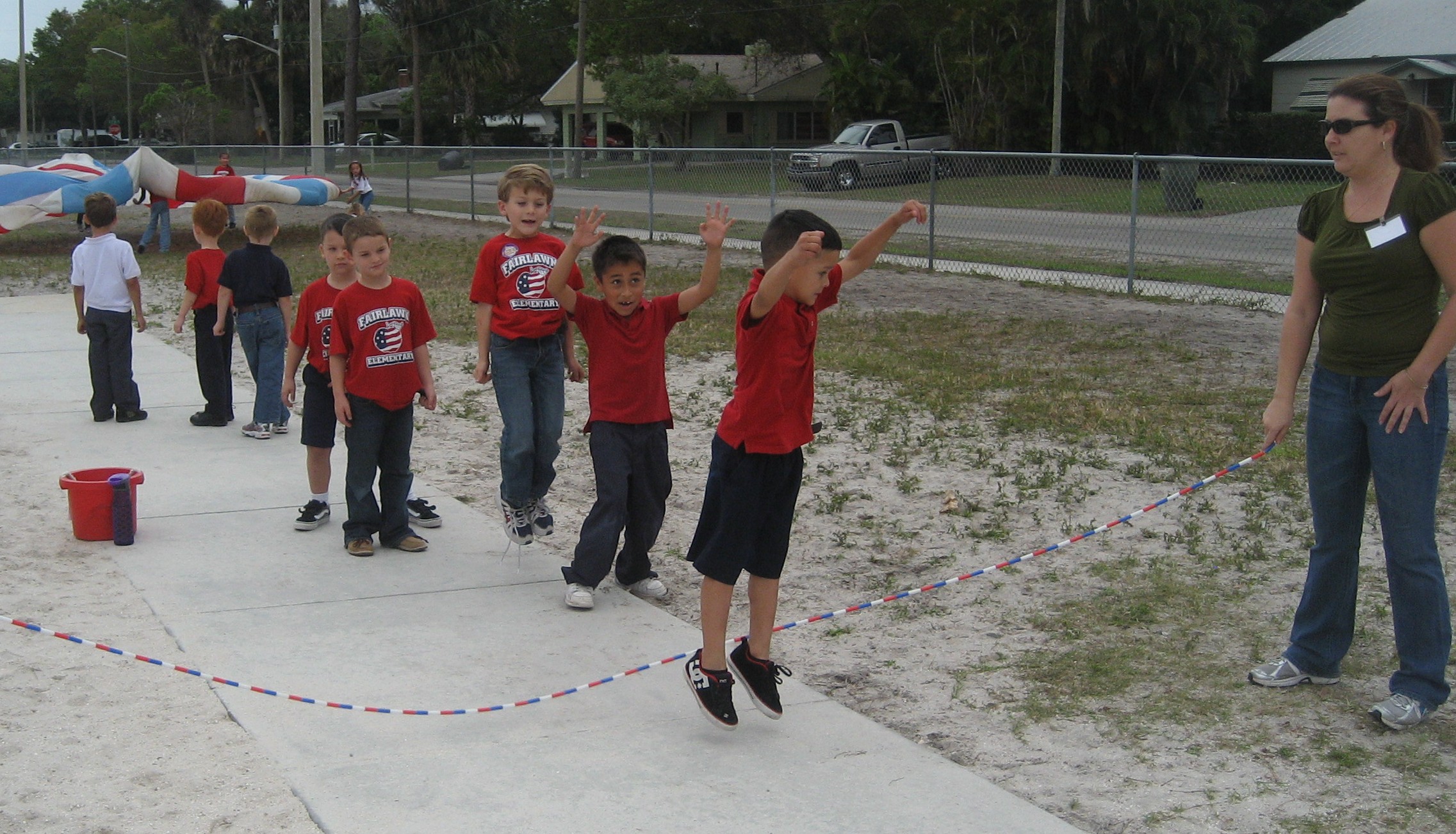 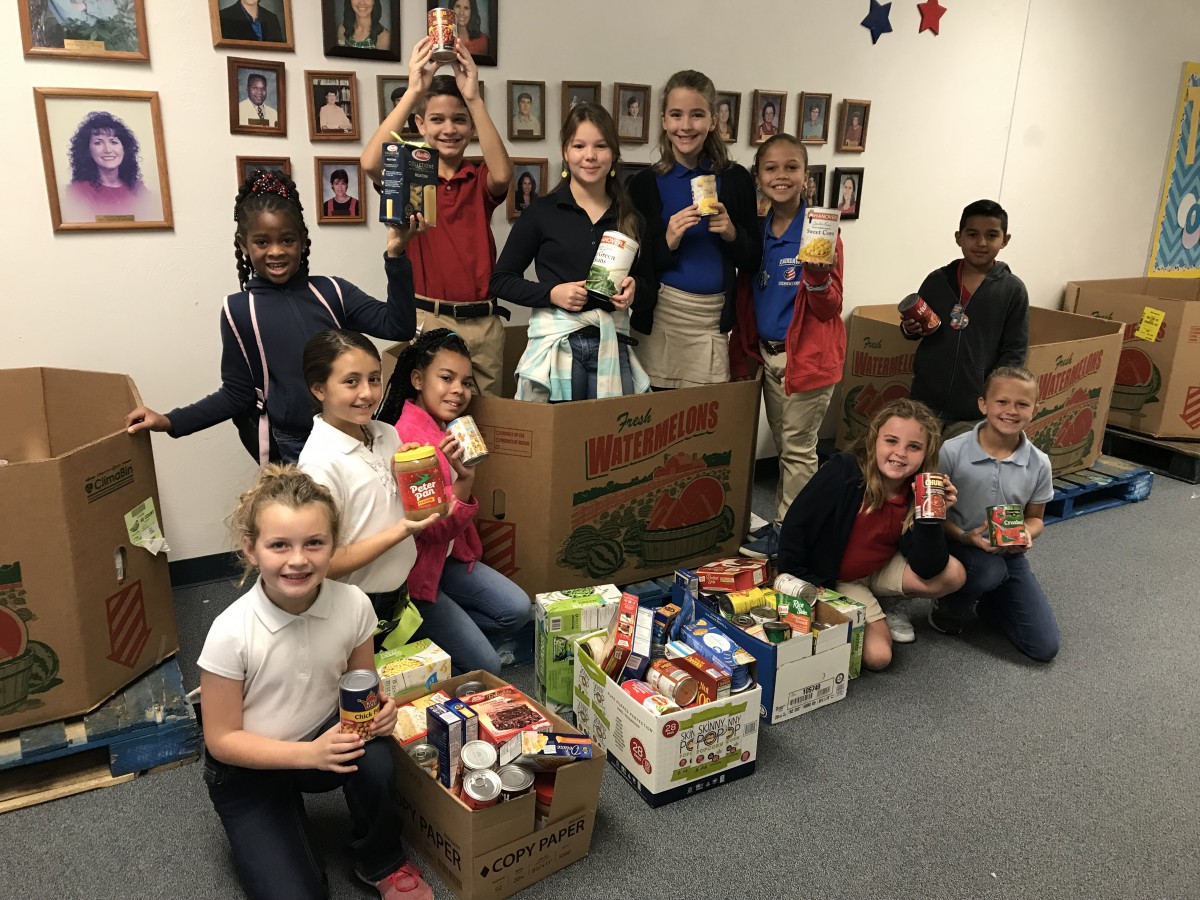 Fairlawn Elementary’s Student Council sponsored a food drive to benefit those in need on the Treasure Coast.  In one week, the school was able to gather more than 1,100 pounds of food! 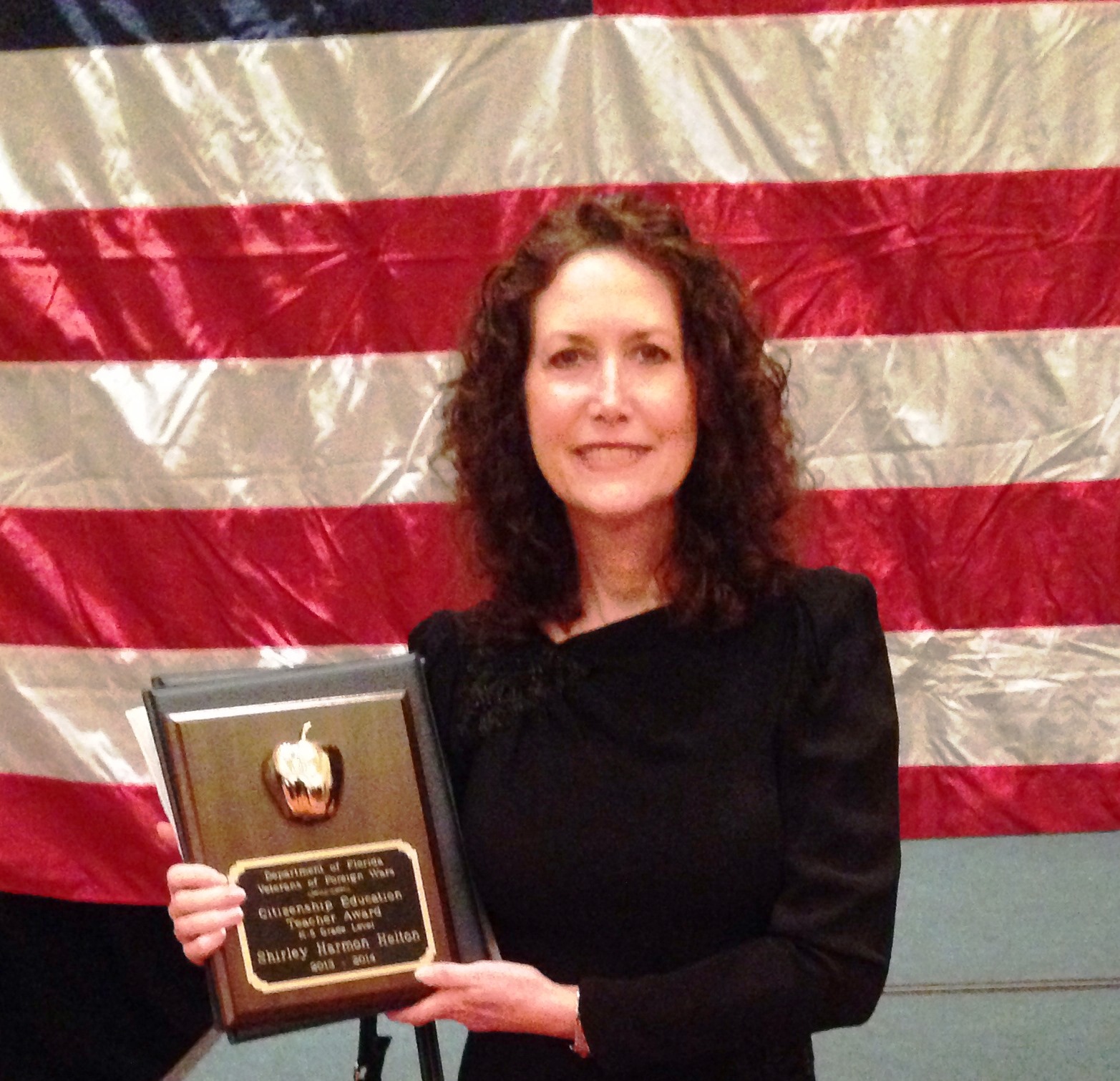 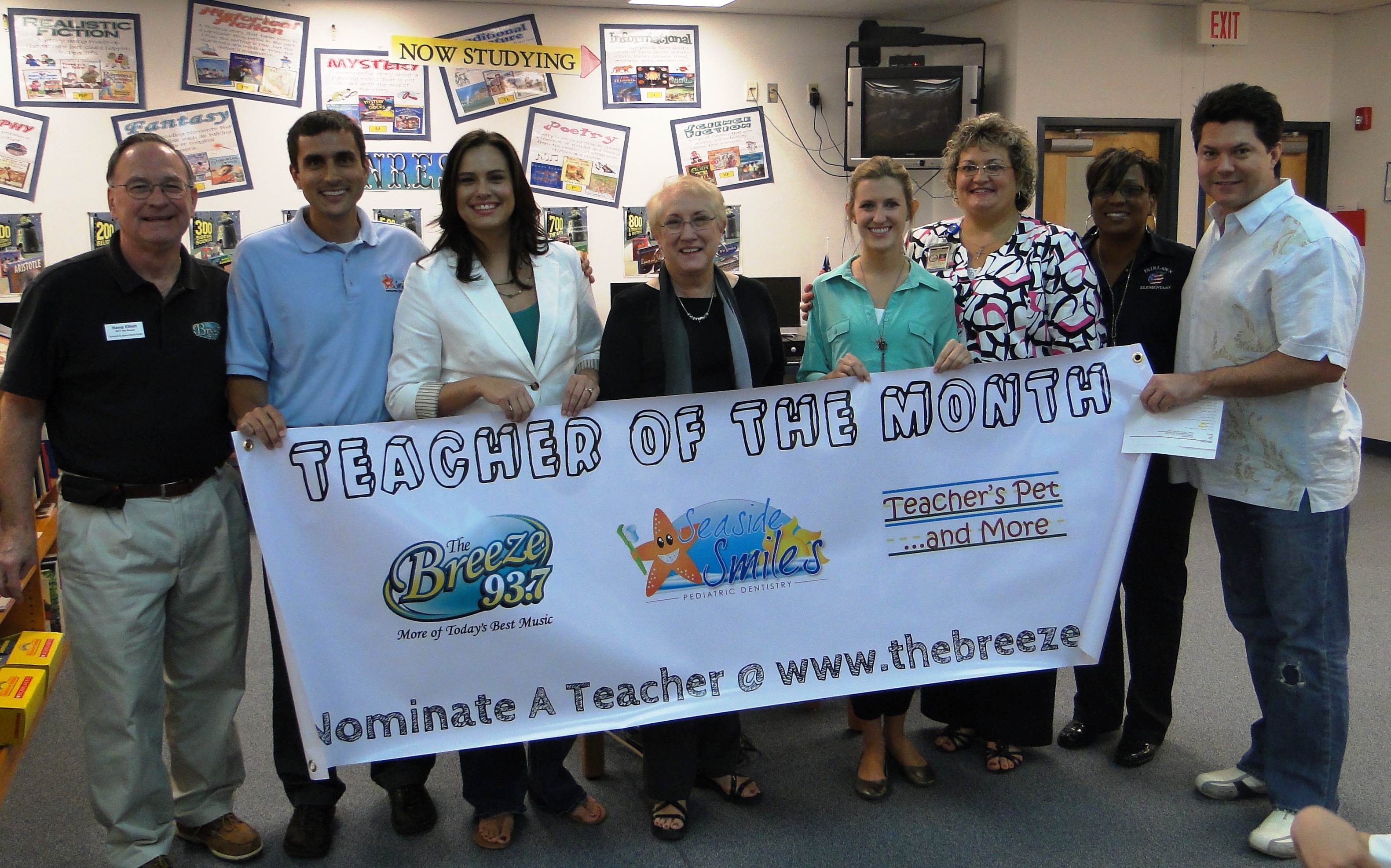 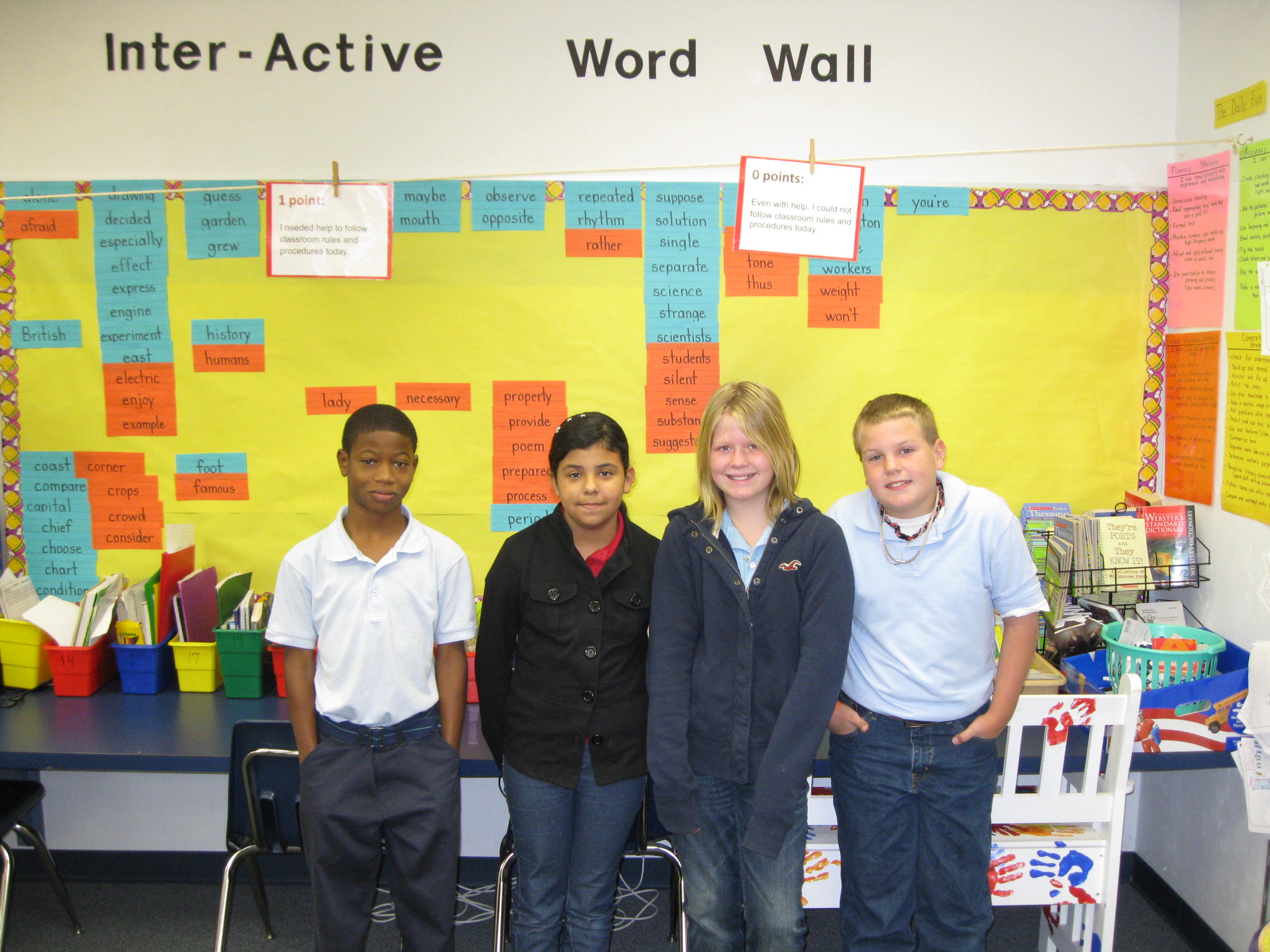 Fairlawn Elementary students Rodney Belezair, Jocelyn Ruiz, Lauryn Chesney, and Liam Felix  in Shirley Helton’s fifth grade class won first place in the Florida State Elementary Division of the Florida Stock Market Exchange Challenge. Students were given an account where they could buy and sell stocks just like the real Stock Market. This opportunity allowed the students to learn how the US economic system works as they analyzed news regarding the economy and markets; applied and increased their math, reading, and writing skills; strengthened their computer and Internet skills; worked together and made decisions in teams; used the newspaper, Internet, and other resources to research companies and the market; and enjoyed participating in this engaging and challenging competition. 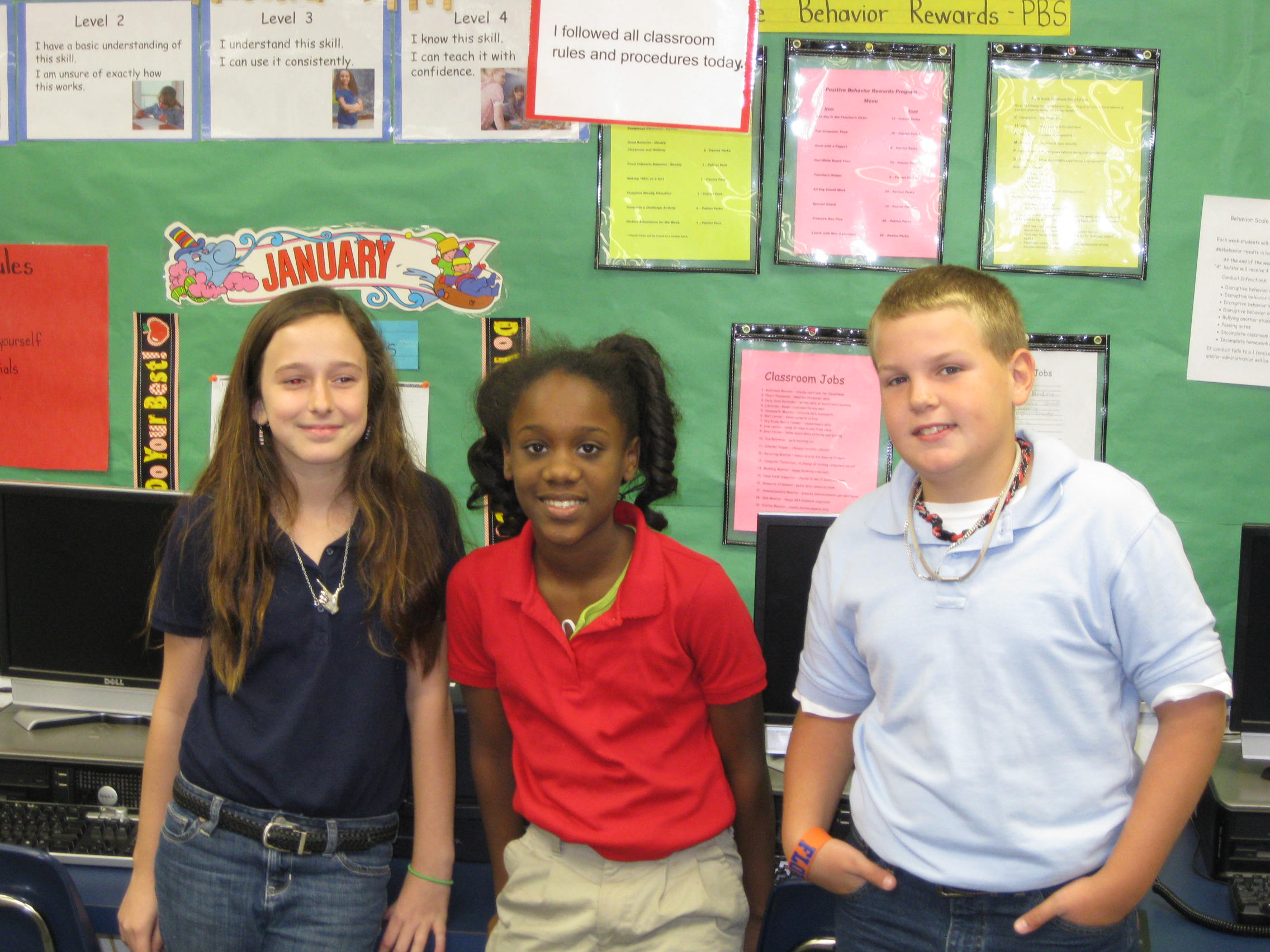 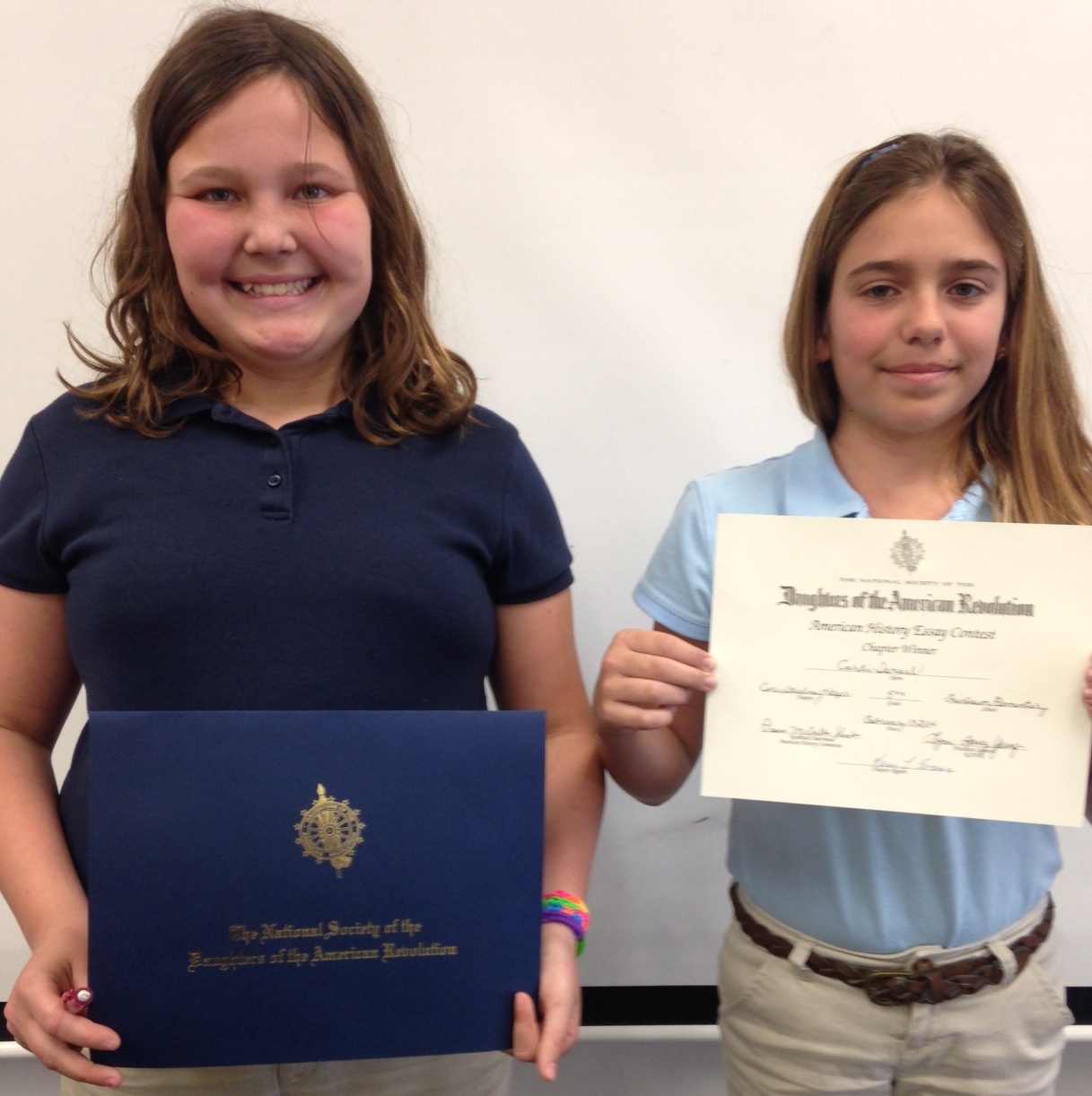 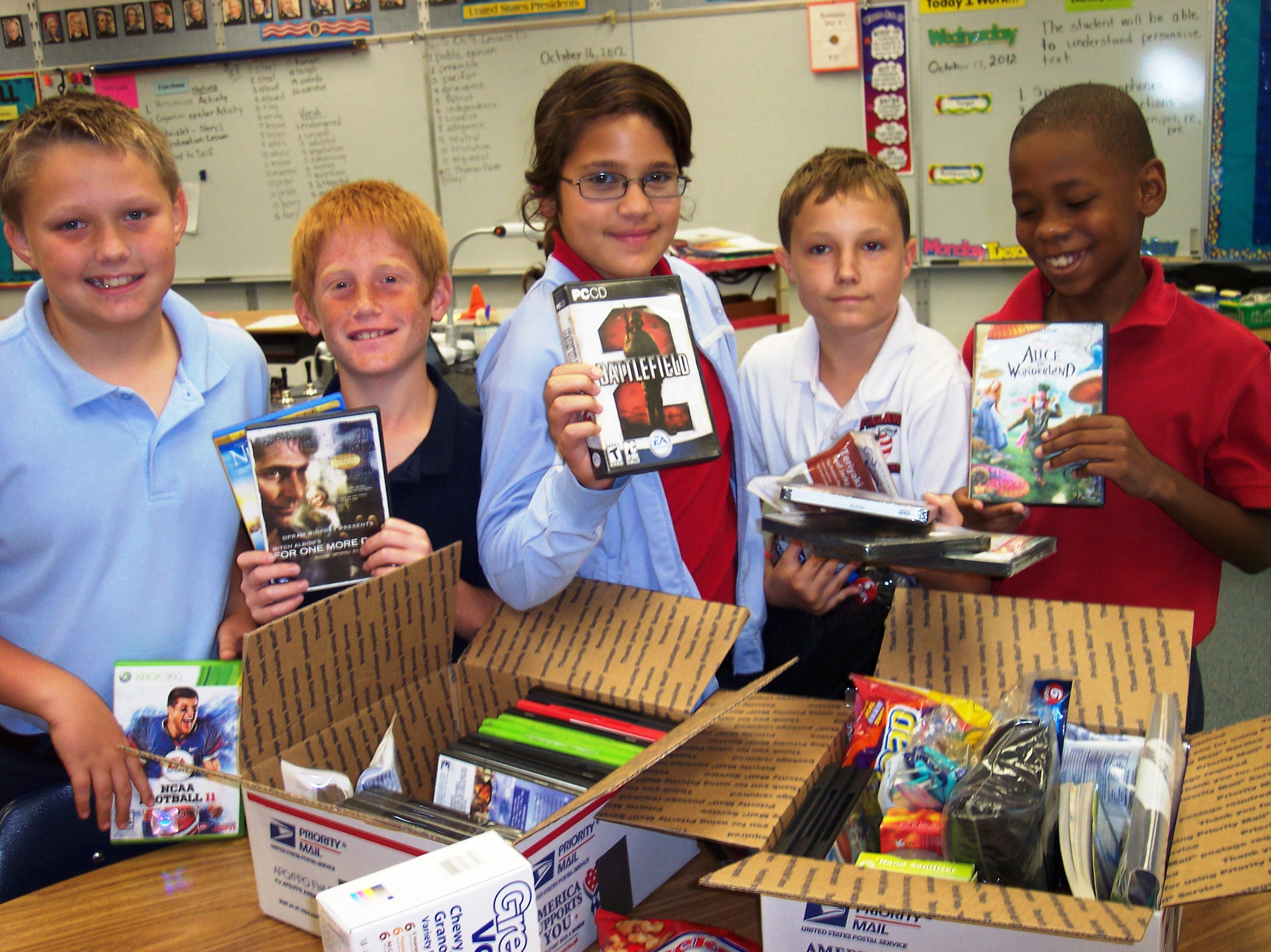 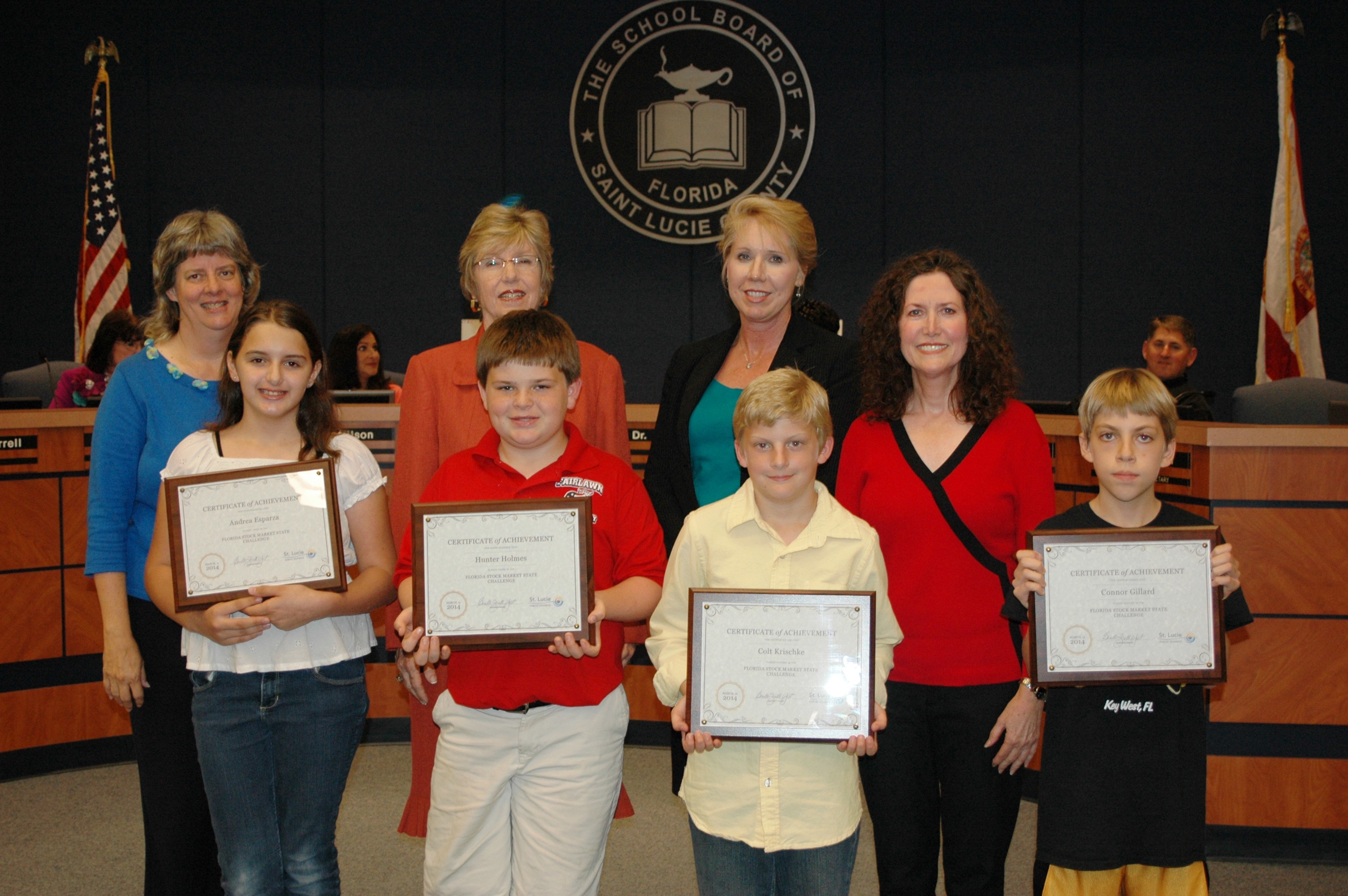 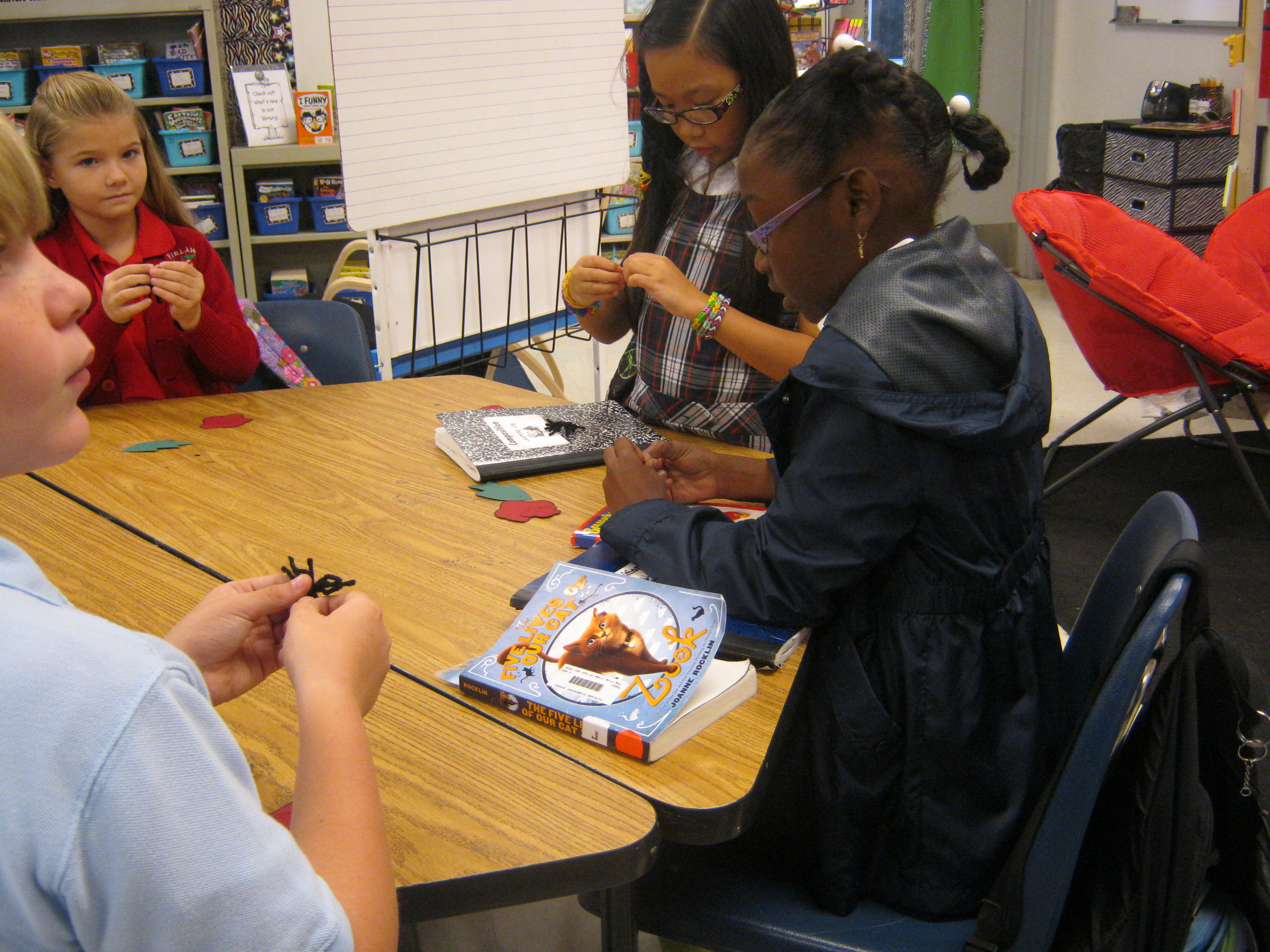 In celebration of Veteran’s Day, Fairlawn Elementary School students had a nice surprise when a Mystery Reader came to school and read to them about Moina Belle Michael, The Poppy Lady. Students learned about Moina Michael’s work to establish the red poppy as a symbol to honor and remember soldiers. After reading, the students created lapel pins of red poppies to wear in honor of our soldiers. Pictured, from left, are Abi Padon, Christina Wilson, Sabrina Pepito and Josh Boyd. 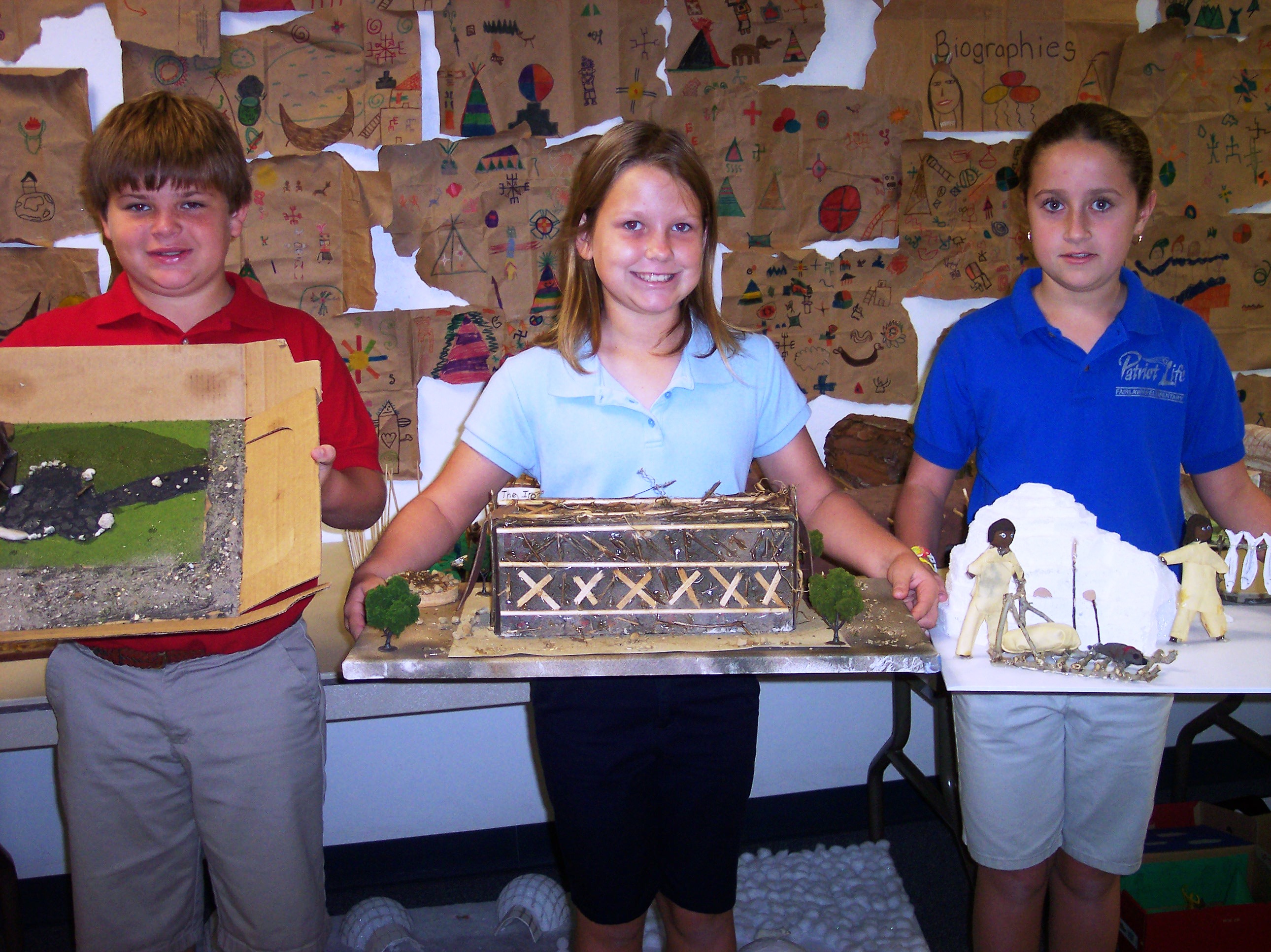 Fifth grade students at Fairlawn Elementary School are researching and learning about Native Americans, their dwellings, clothing, foods, and location of different tribes. Students researched and wrote a report, created a natural habitat for display, and gave an oral presentation of their projects. Shown, from left, from Shirley Helton’s class are Hunter Holmes with a Shawnee wigwam display, Layne Chesney is showing an Iroquois Longhouse, and Brooke Green with an Inuit Igloo dwelling. 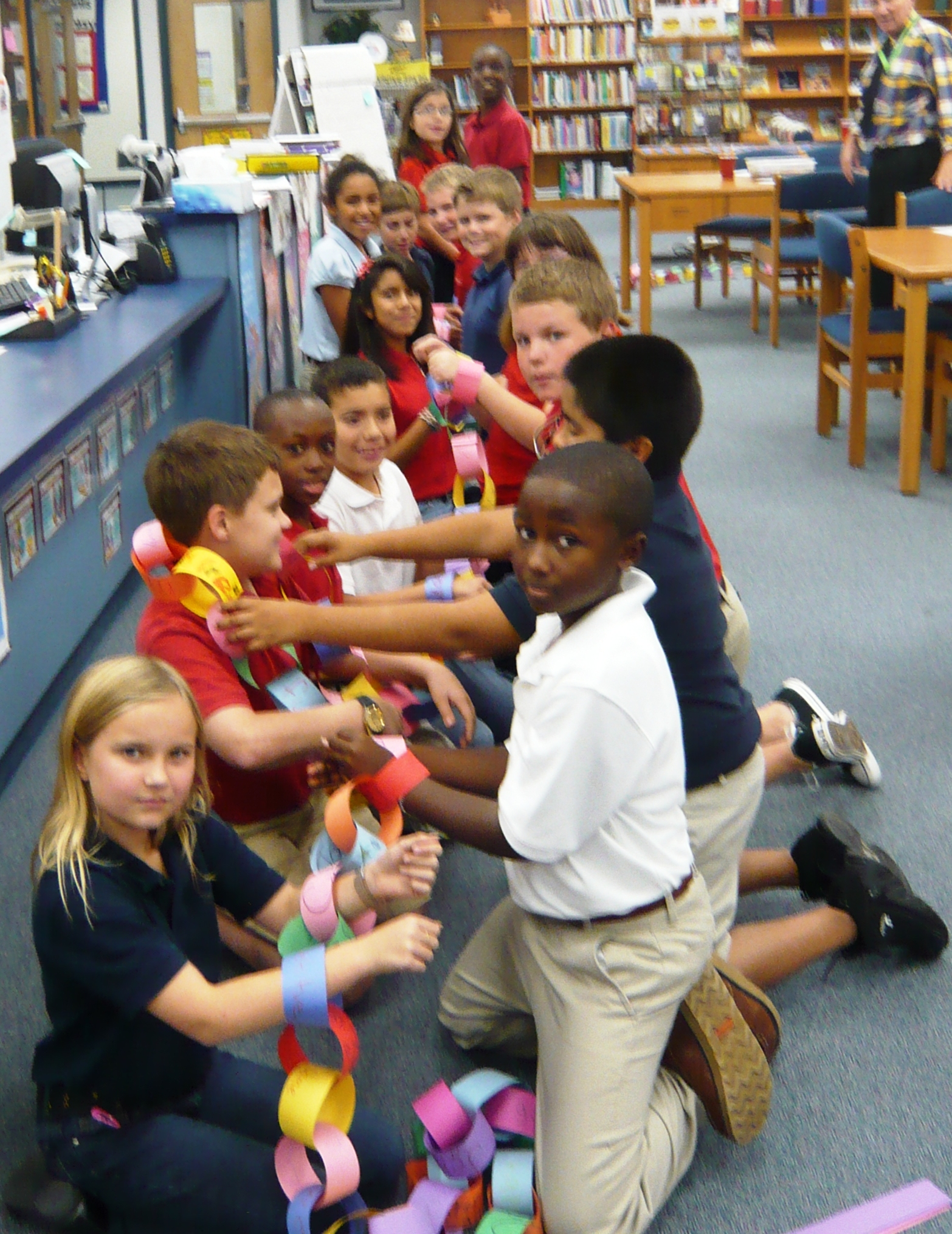 Fairlawn Elementary School recently celebrated the 11th Annual Inclusive Schools Week. Media Specialist Buster Nelson read a different book about children with disabilities to each grade level. He read Leo the Late Bloomer about Developmental Disabilities to kindergarten, Andy Finds a Turtle  about physical disabilities to first grade, Danny and the Merry Go Round  about Cerebral Palsy to a second grade, Luna and the Big Blur about visual impairments to third grade, Knots on a Counting Rope about blindness to fourth grade, and View from our Shoes about siblings of children who have brothers or sisters with special needs. After Mr. Nelson read the book to each class every student wrote a trait that was unique to them on colored strips of paper. Each strip was connected to another to create a school wide chain entitled “We Are All Unique” which is displayed in the main office hallway. Pictured are students in Todd Adrian’s fifth grade class.