Allapattah Flats students celebrate thanks with a hopeful twist

Eighth grade students at Allapattah Flats K8 School recently created traditional Thanksgiving native headpieces with a twist with the Kids at Hope philosophy as a twist. After reflecting on the four destinations of Kids at Hope — home and family, community and service, hobbies and recreation, and education and career — students listed what they were hopeful for, and then wrote down one reflection per feather. Pictured are students with their “hopegiving” feathers. 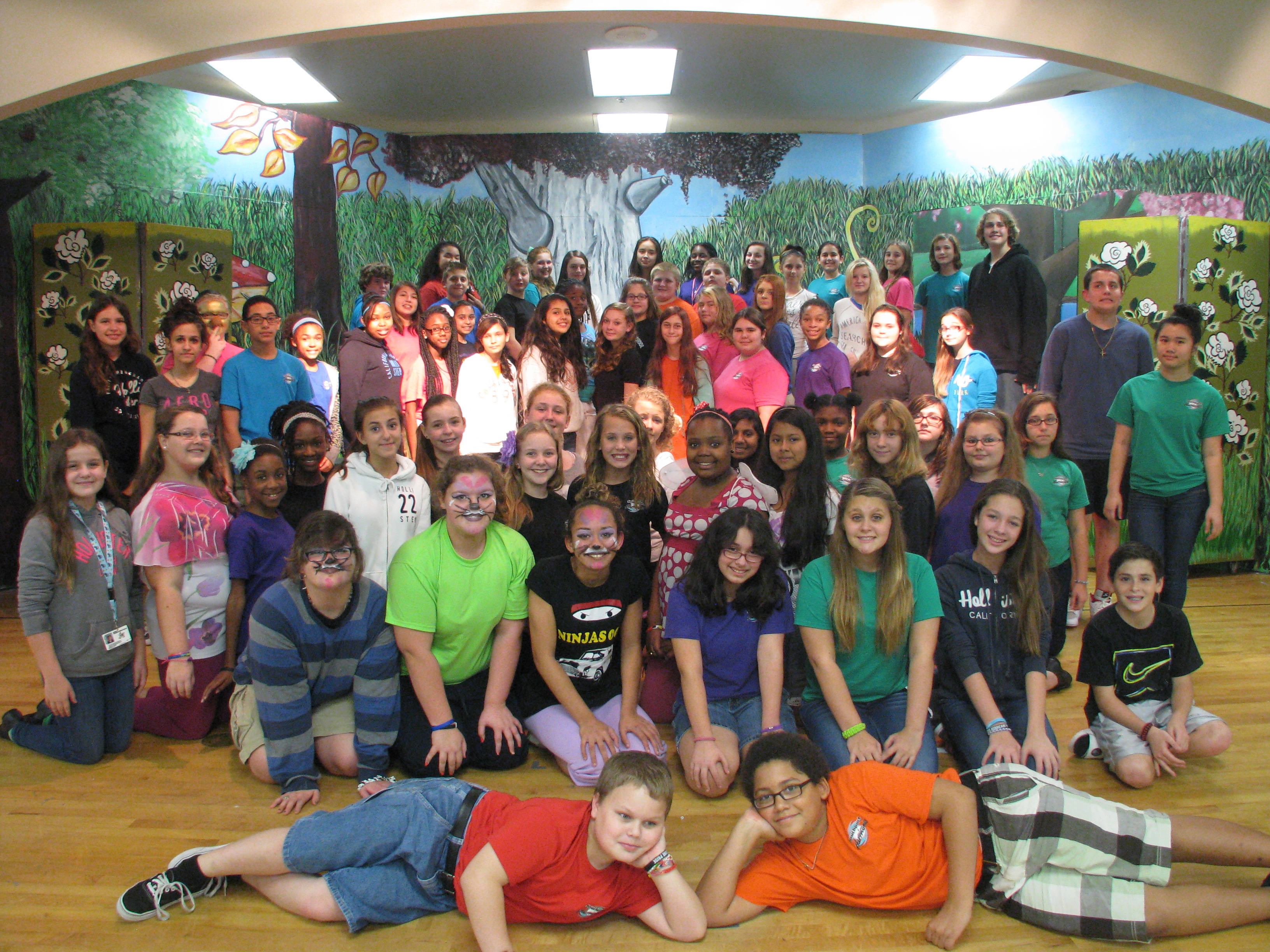 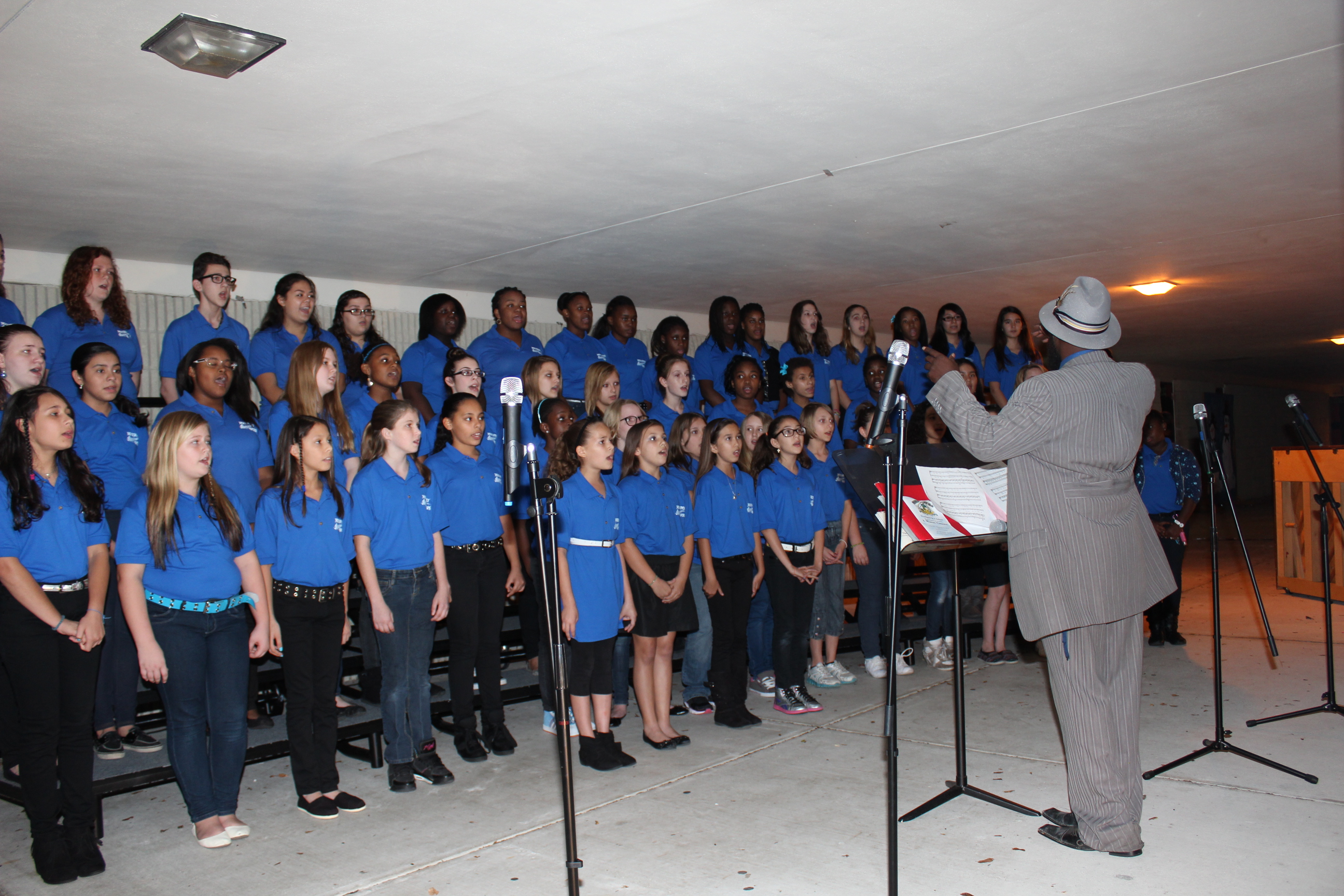 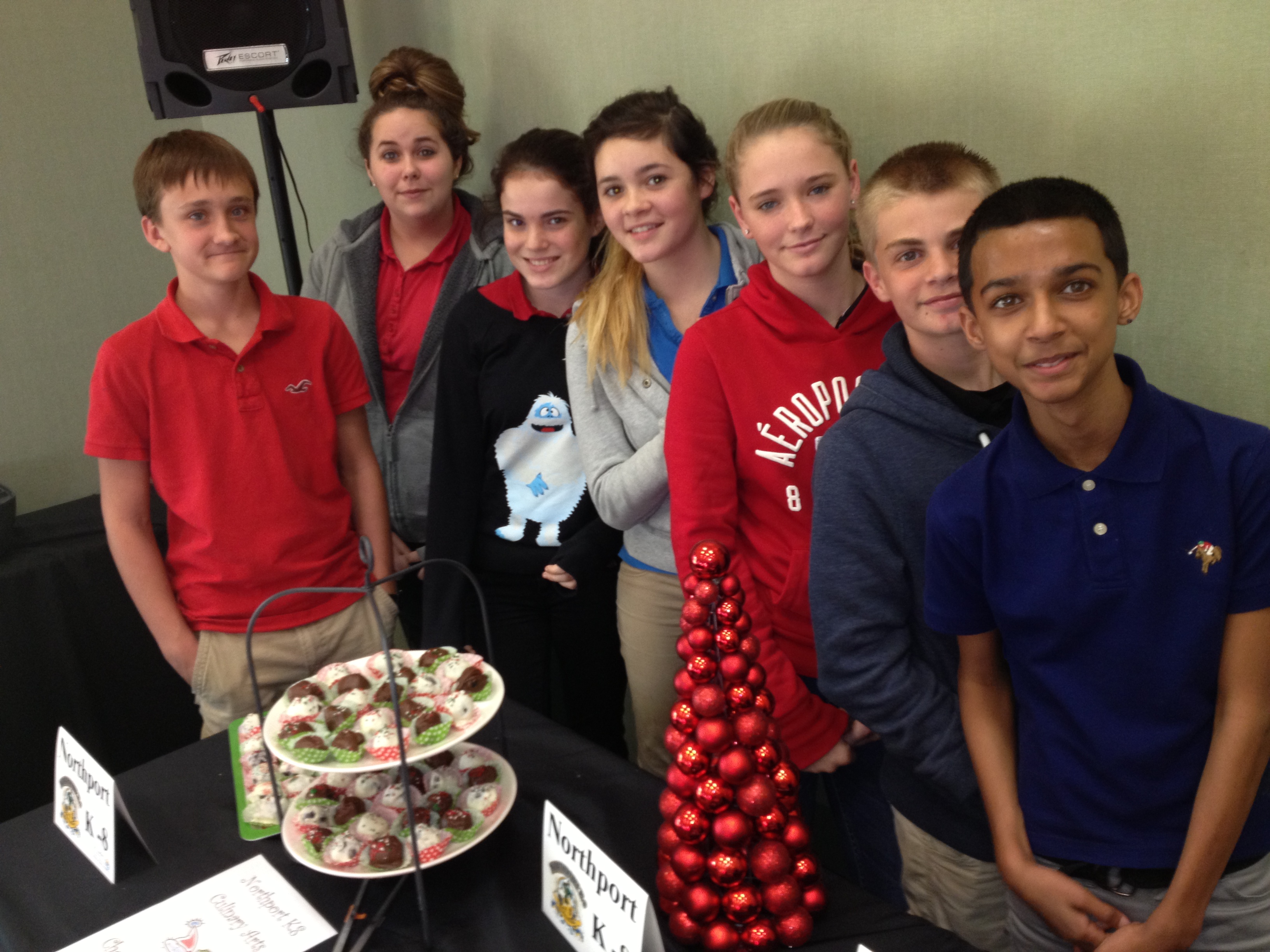 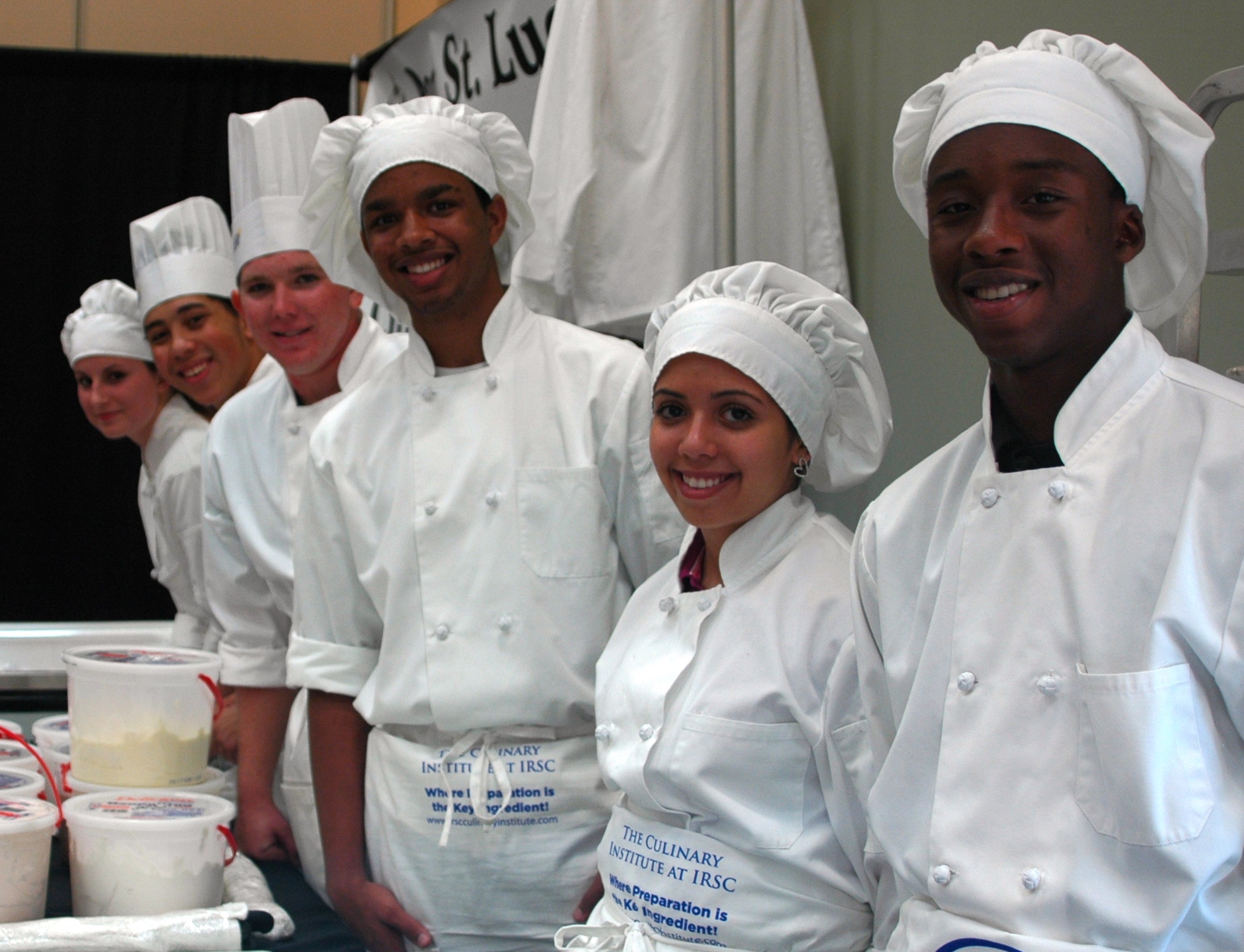 Students in the Health Occupations Students of America (HOSA) programs from St. Lucie West Centennial, Treasure Coast, Fort Pierce Central, and Port Saint Lucie high schools recently participated in a statewide student Leadership Development Camp (LDC) held in Central Florida. the theme of the camp was “Learn from the past, prepare for the future.” Student leaders from around Florida gathered to learn more about what it takes to be a leader, participating in workshops and activities that encouraged skills such as good communication, time management, preparing for the future, and empowerment. Participants not only learned how to strengthen leadership skills, but also how to create a unit and new friendships and life-long bonds while acquiring new skills for the future and becoming motivated to share what they learned with other students. Pictured, from left, are Lindsey Harris, Tony-Ann Walker, and Ashleigh Moten. Not pictured is Nathalia Gusmao. Written by Ashleigh Moten. 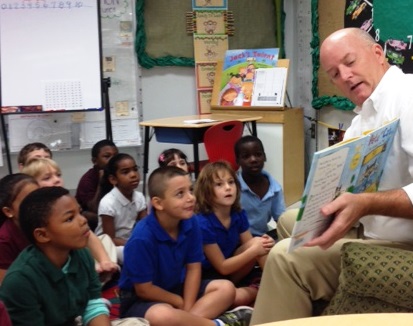 St. Lucie Public Schools’ Deputy Superintendent Dr. Mark Rendell recently visited Joy West’s first grade class at Oak Hammock K-8 School, having been escorted to the school by storybook character Pete the Cat. Dr. Rendell read Pete the Cat’s groovier than ever cool adaptation of a favorite children’s song, “The Wheels on the Bus.” Students sang along using hand motions making all the different sounds a bus makes as it drives. At the end, Pete left on the bus and it looked like Dr. Rendell was driving! Pictured is Dr. Rendell as he delights students with his reading.

The Palm Pointe Educational Research School @ Tradition middle school chorus kicked off the holiday season with an appearance at QVC in Port St. Lucie recently. This annual performance was for the WPSL Christmas Kids Radio program. The chorus sang a variety of holiday music, including “Rock Around the Jingle Bells,” “Hope’s the Thing,” “Christmas Through the Eyes of a Child,” and “Seasons of Love.” The students were directed by Christine Hill, pictured far right with the chorus. 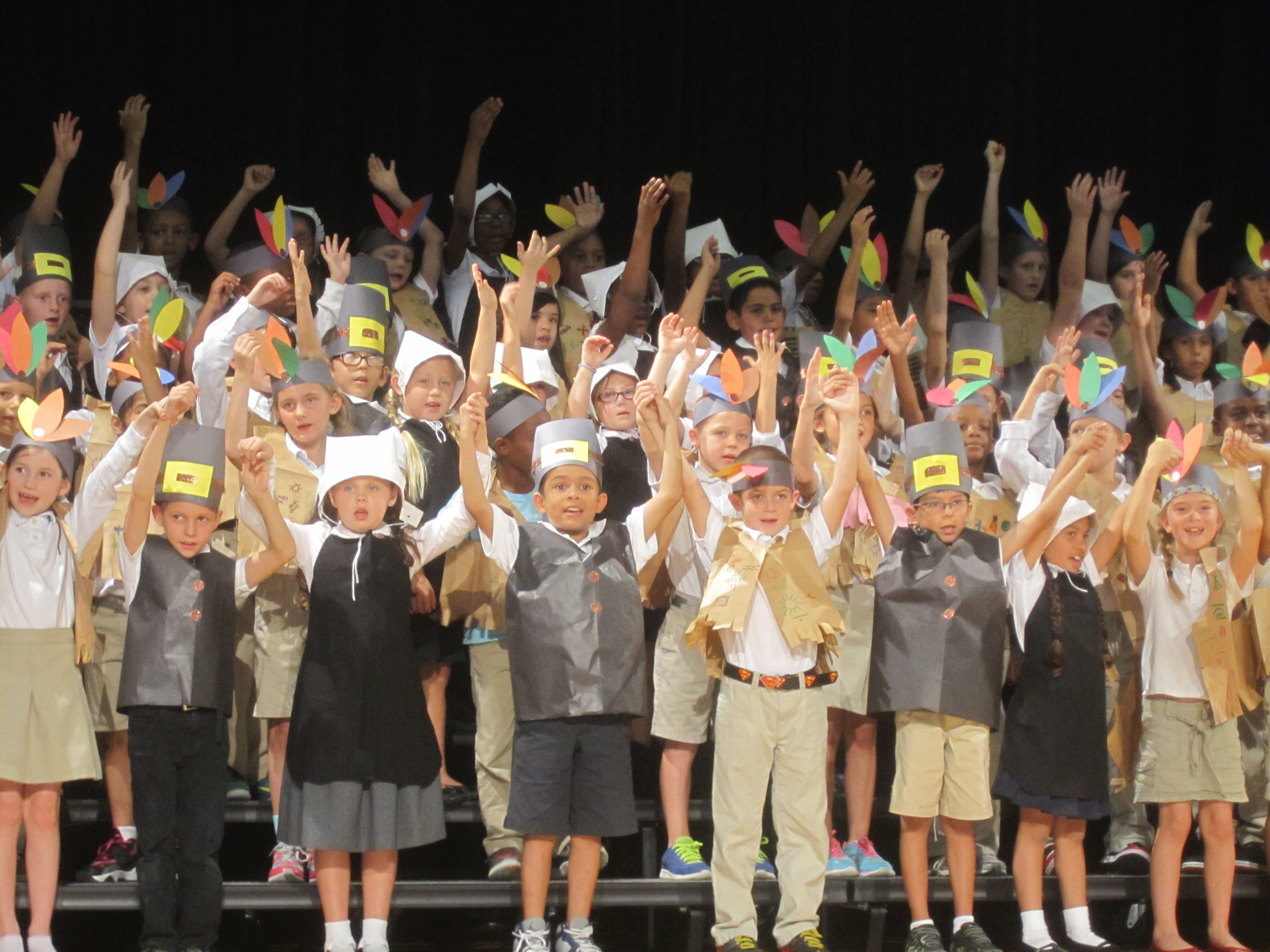 Second grade students at Palm Pointe Educational Research School @ Tradition put on their annual Thanksgiving performance after learning about Native Americans, Pilgrims, and fhe first Thanksgiving! They sang songs with the guidance of music director Christine Hill and put on a skit for families. Pictured are second graders as they perform for their families and friends. 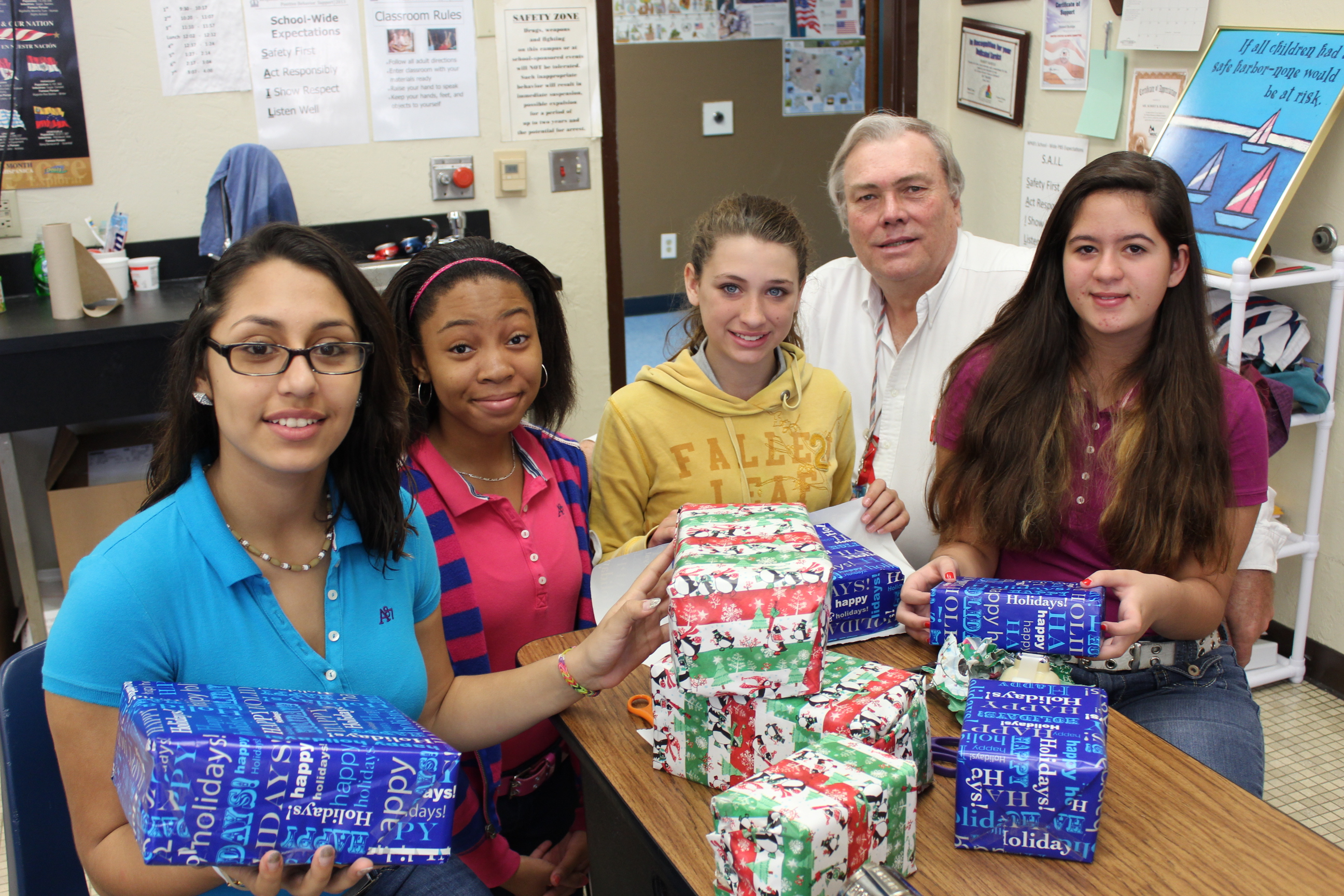 Students on the Mariner team in Bob Burdge’s eighth grade Critical Thinking classes at Norhtport K-8 School are using all the skills necessary to learn to wrap holiday packages. The excitement was palpable as students estimated the amount of paper to wrap recycled boxes. Students measured, cut, and cornered using skills learned in geometry about angles and lines as they beautifully wrapped packages conserving and using the least amount of paper possible. The cooperative lesson was an authentic learning of a life skill that few of the students had mastered. Students in Susan Matteson’s Critical Thinking classes supported the collaborative lesson and earned community service points by using these same skills to make decorations for the school’s annual “Breakfast With Santa!” Students and teachers have been busy channeling the flow of positive student energy into fun and very essential lessons. In the critical thinking classes, students are making informed judgments, learning about conservation and applying math skills to a meaningful and optimal lesson. Pictured, from left are Paulina Palma, Michaela Washington, Alexis Jaworski, Mr. Burdge and Anyes Cintron.

Students, faculty, and staff at Floresta Elementary School recently pulled together for a worthwhile cause — to collect and distribute food and related items to local needy families. Pictured are members of the student council, who performed the groundwork necessary to collect the donations each morning for two weeks prior to Thanksgiving. A great deal of appreciation is due these students, and the families, faculty and staff who contributed through donations or effort. Written by Suzanne Diaz. 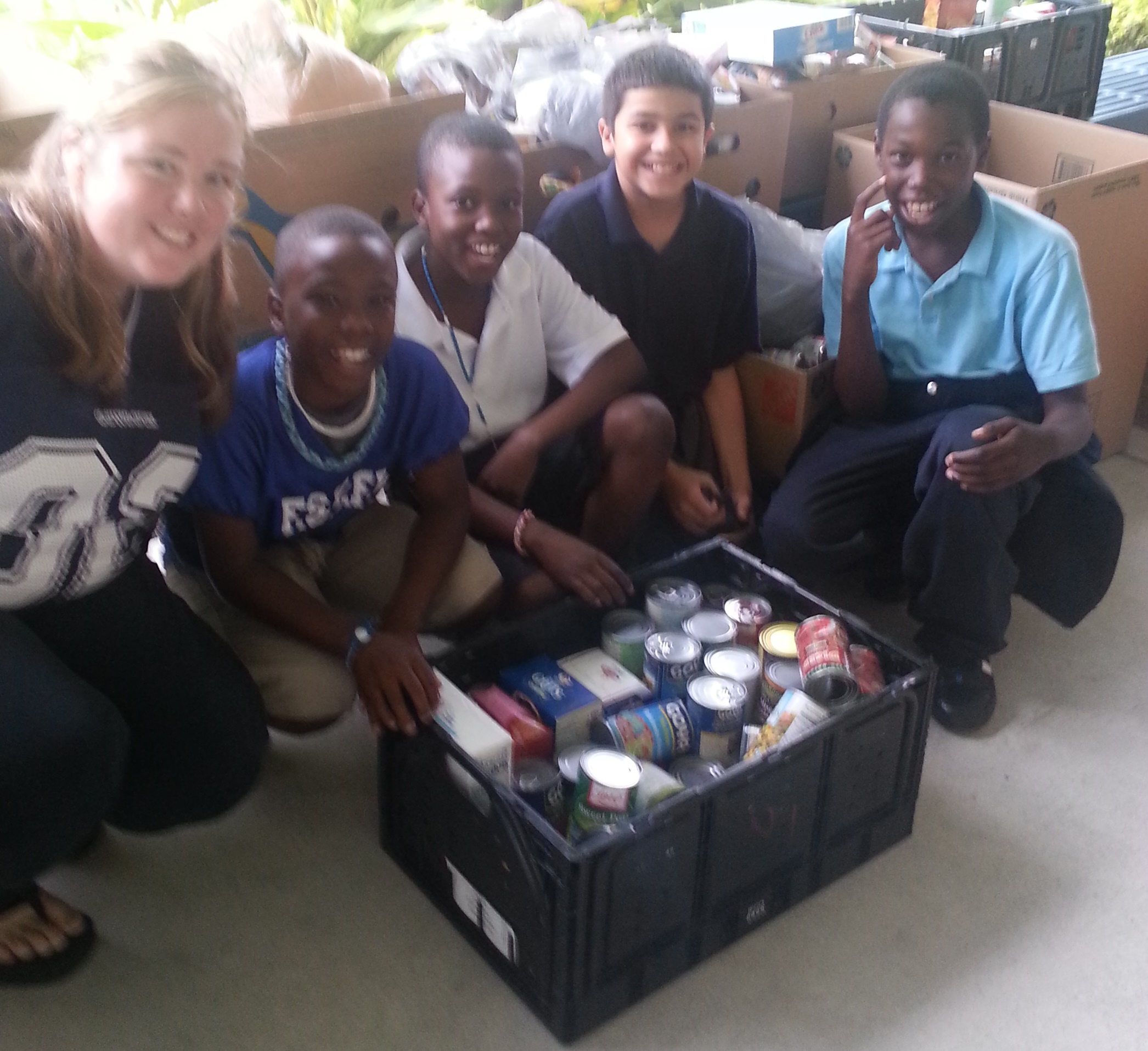 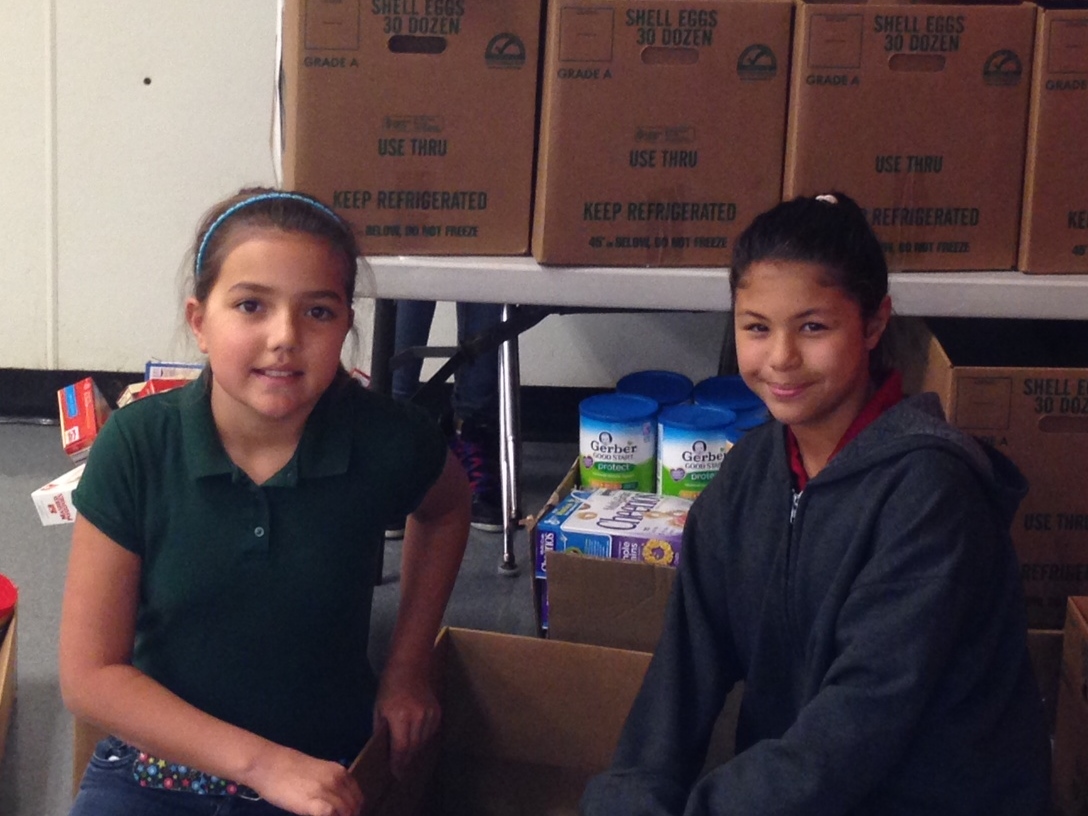