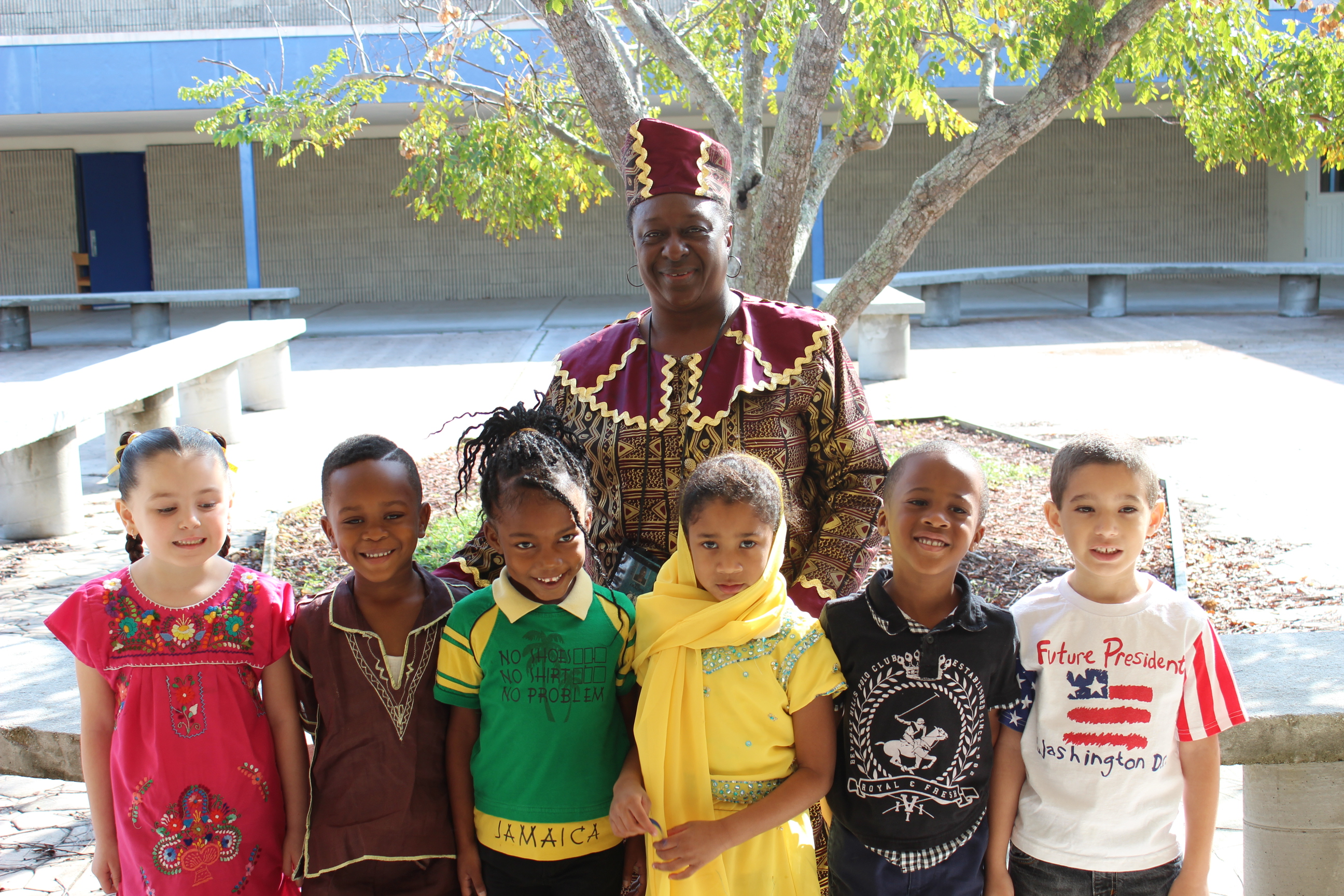 Northport K-8 School recently celebrated Black History month with a wonderful program that included guest speaker Dr. Dwight Dawkins, who encouraged students to do their best and to have high aspirations. Port St. Lucie High School Jaguar Battalion led the program with an honor guard, and Northport choral students from all grade levels sang the “National Anthem,” “Elijah,” and “Tribute to Martin Luther King.” Students also listened to a Black History moment on the morning announcements showcasing contributions of Black Americans. The school cafeteria, along with culinary program students under the direction of instructor Rachel Ellsworth, offered a tempting Southern luncheon for all teachers and staff. As a conclusion to the programming, students and teachers were encouraged to dress in costumes and clothing from their own heritage. Northport K-8 School honors the heritage of the entire community and celebrates “Many Cultures, One Country!” Special thank you to guidance counselor Diane Reynolds for organizing the multicultural salute to Black history! Pictured is Northport Pre-K instructor Victoria Frazier and several of her students, who dressed for Northport Multicultural Day. Students pictured, from left, are Isabella Zuniga, William Hairston, Mikayla Rivera, Vanessa Hall, Tayshaun Byfield and Kucas Cardoso. 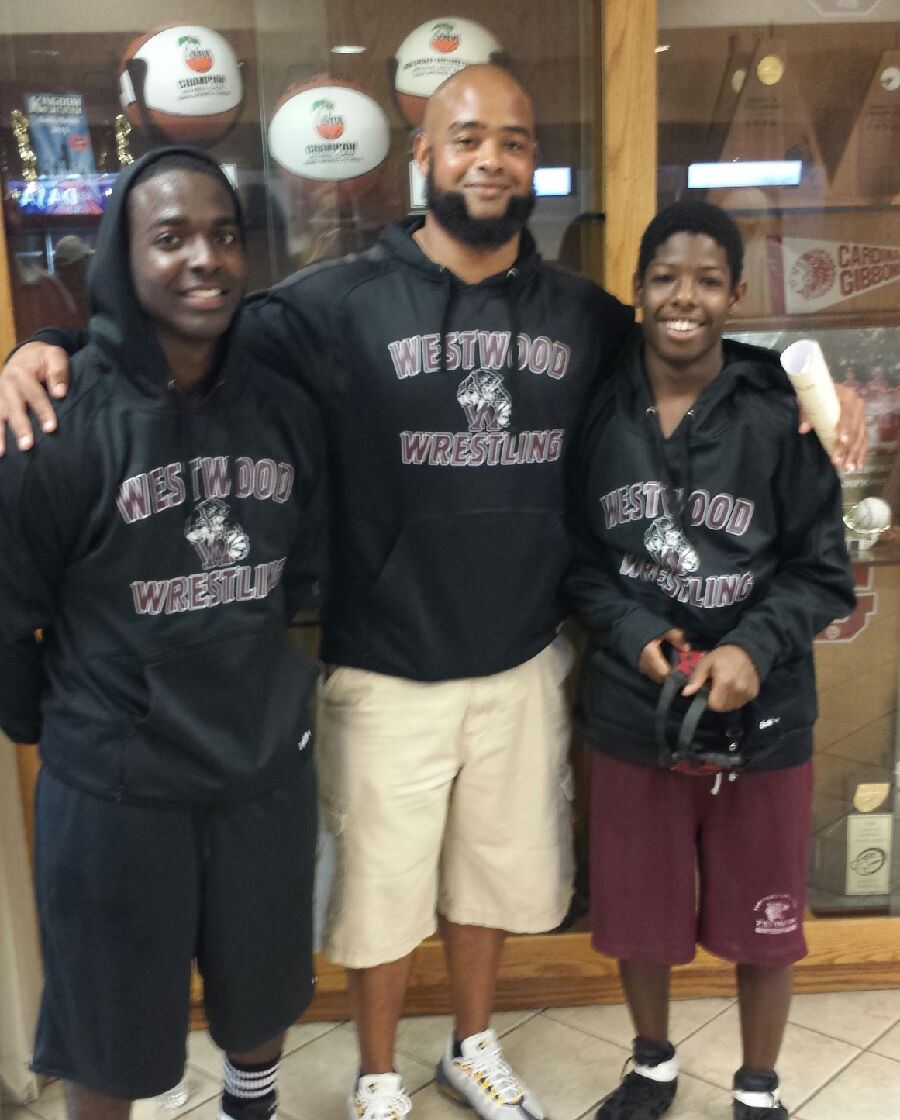 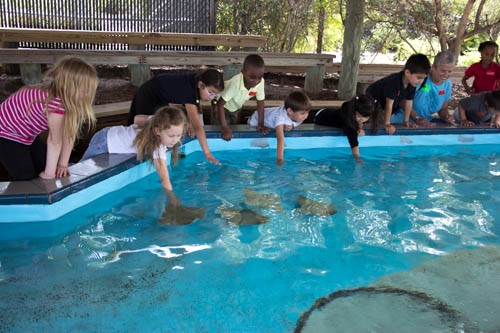 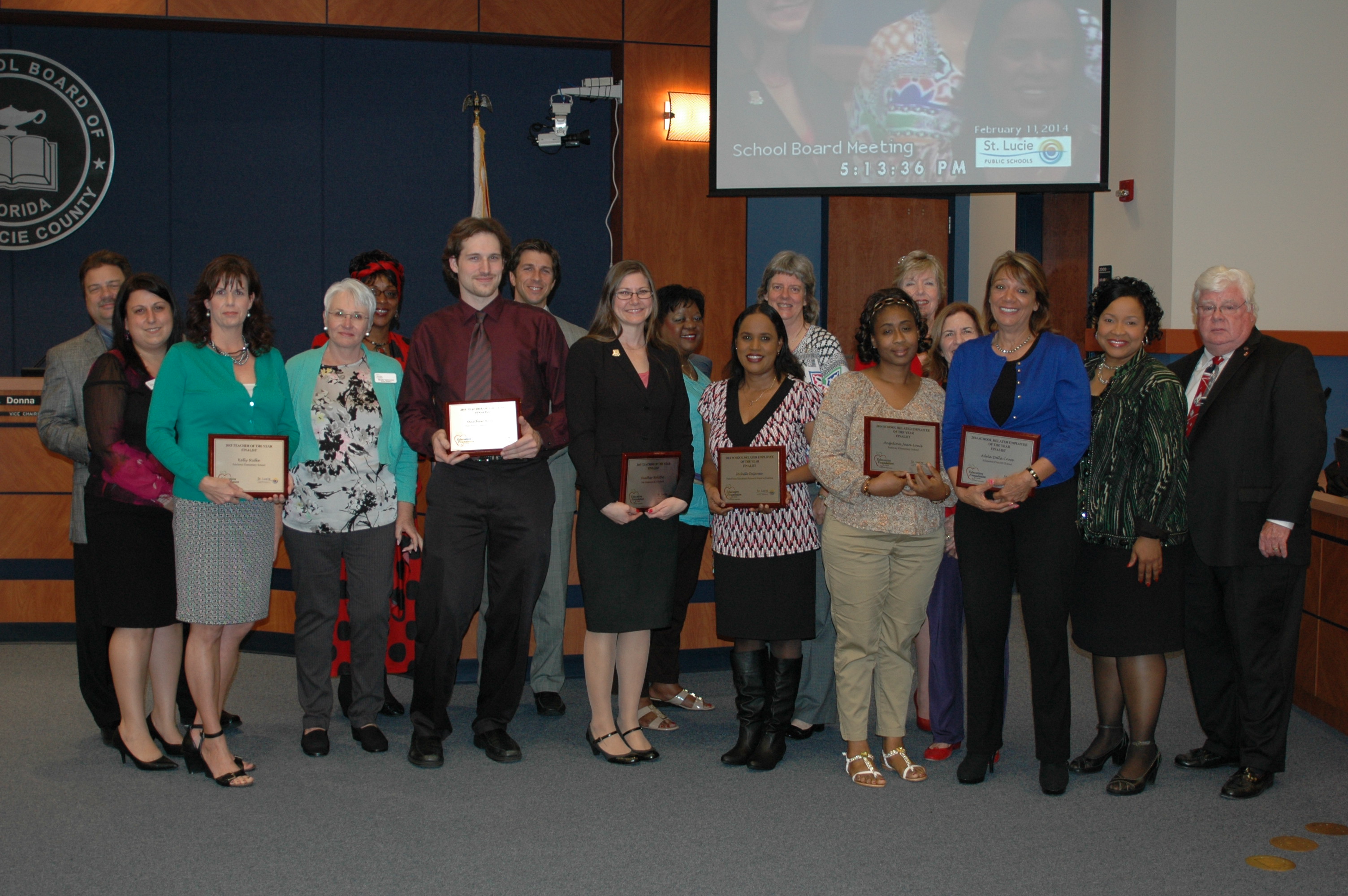 Employee of the year finalists recognized 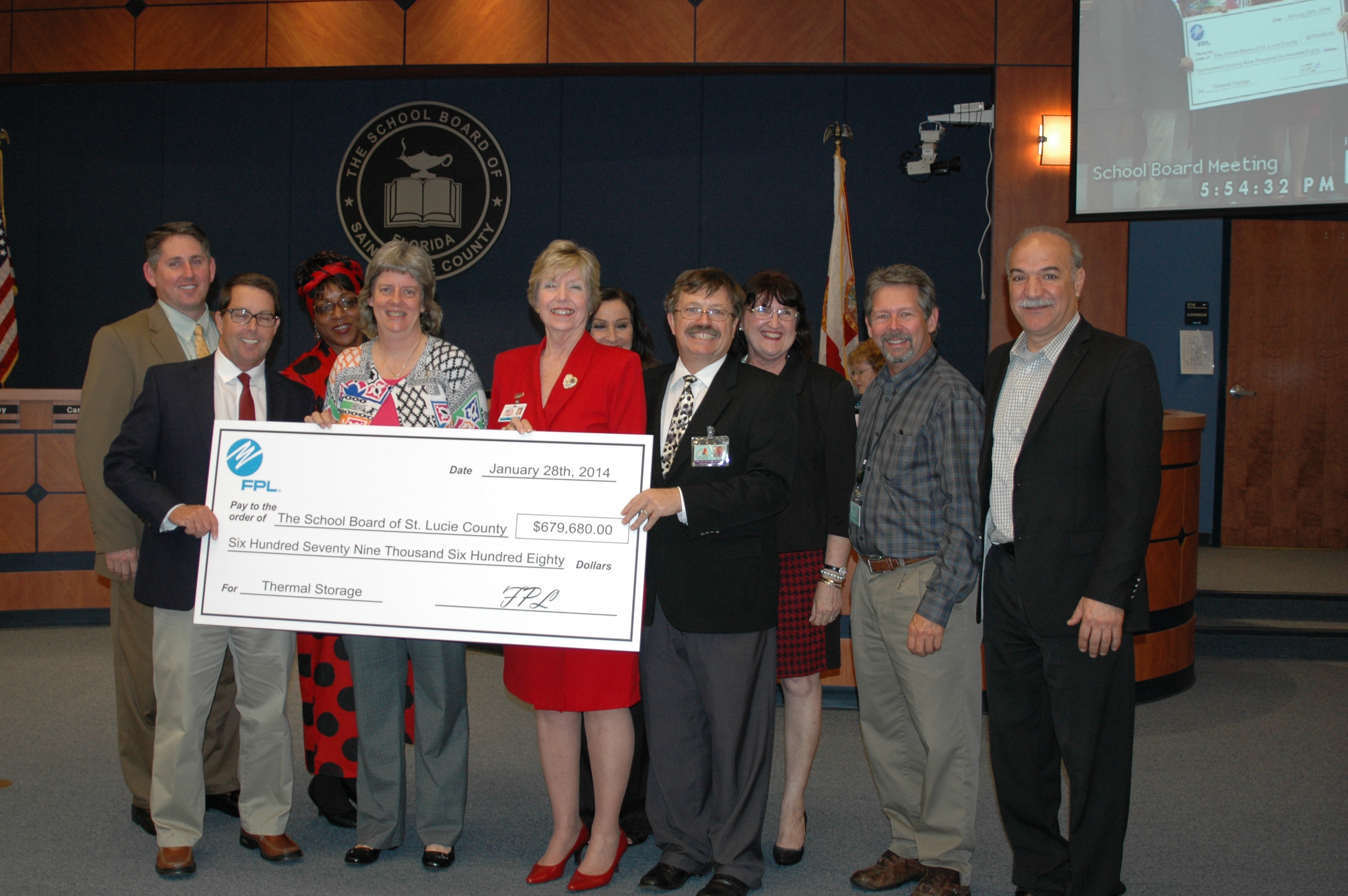 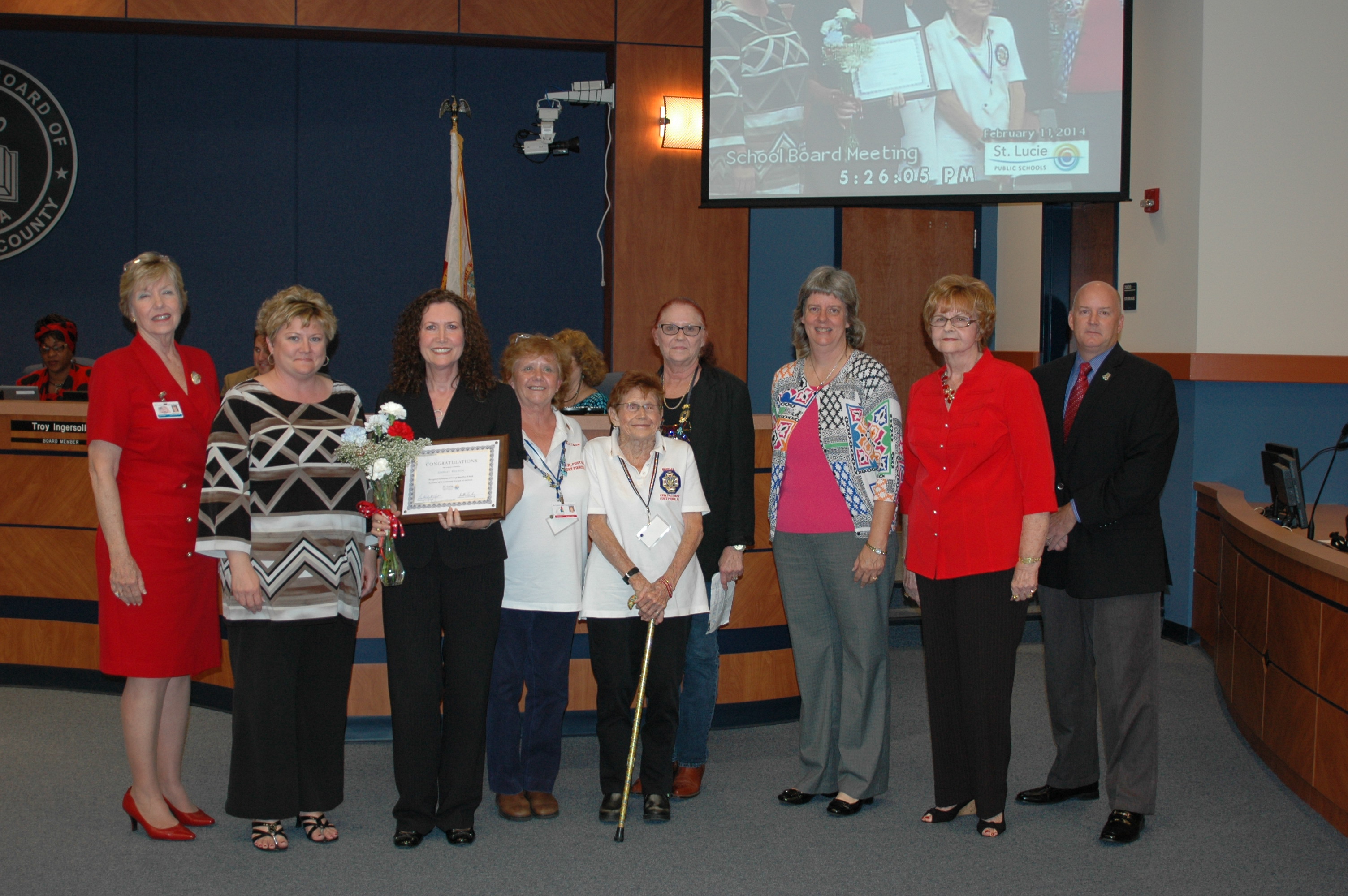 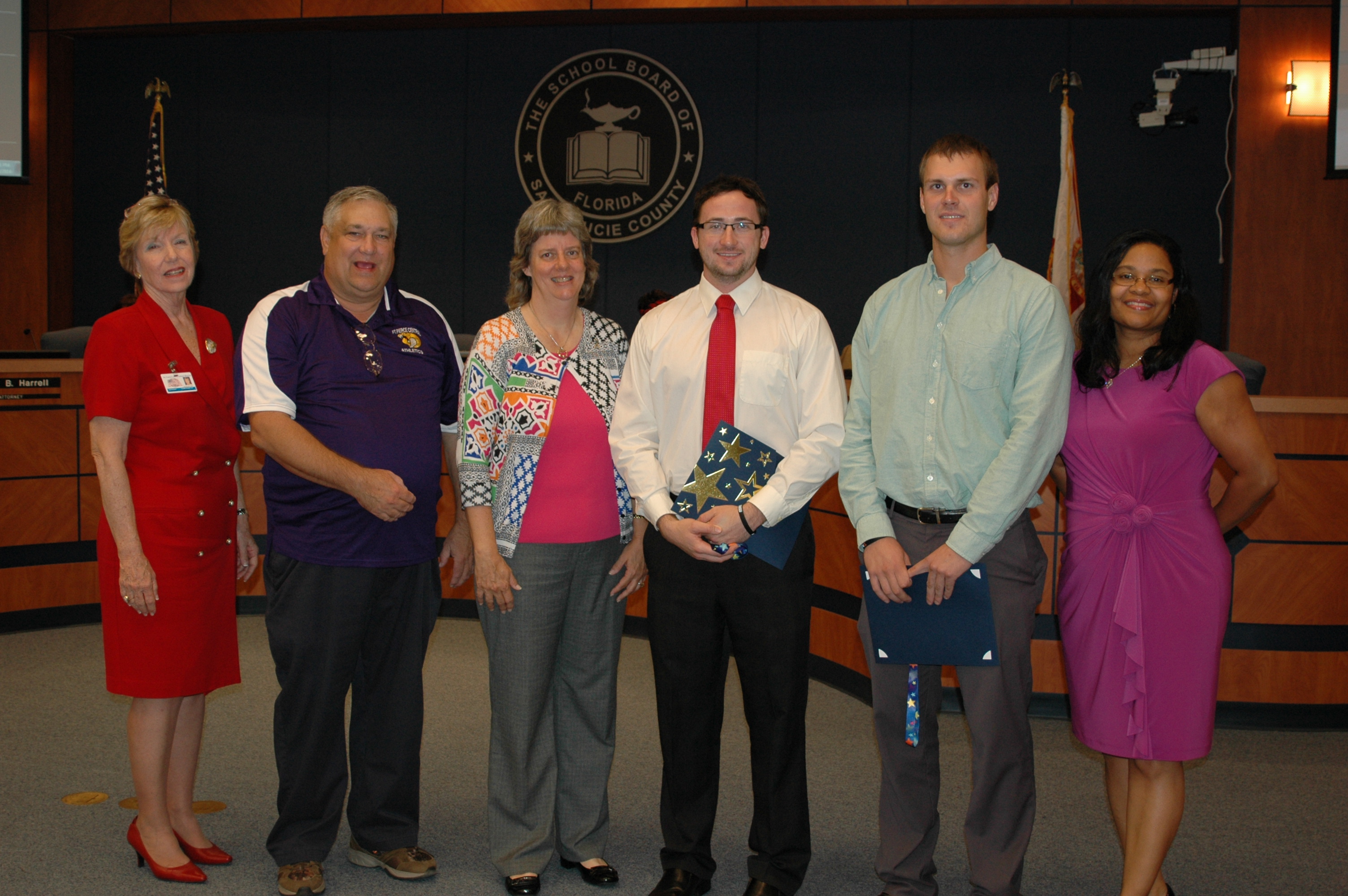 Two Fort Pierce Central High School (FPCHS) staff members, and a volunteer, were honored as S.T.A.R.S (Special Thanks and Recognition), the district’s employee recognition program, at the St. Lucie County School Board meeting on February 11, 2014, for their quick thinking that potentially saved the life of a FPCHS student athlete. The focus of the STAR program is to RECOGNIZE employees for their behavior, skills and actions that correlate with the district vision, to REWARD employees on the results of their behavior and outcomes by clarifying what we value most as an organization, and to RECLAIM passive employees by rewarding those that exemplify our core values. Football coaches and teachers Josh Shaffer and Evan Muldoon, plus volunteer Tom Estep, all of whom fortunately had been trained to use an AED defibrillator, recently responded to a medical emergency involving the student athlete during a recent practice, using the defibrillator. The defibrillator at FPCHS is one of the dozens throughout St. Lucie Public Schools funded and donated through the Jessica Clinton Foundation, sponsored by Ray and Cheryl Lalloo. Pictured, from left, are Superintendent Genelle Yost, Estep, School Board chairman Debbie Hawley, Shaffer, Muldoon and Student Assignment Director Michelle Jerger, who made the presentation. 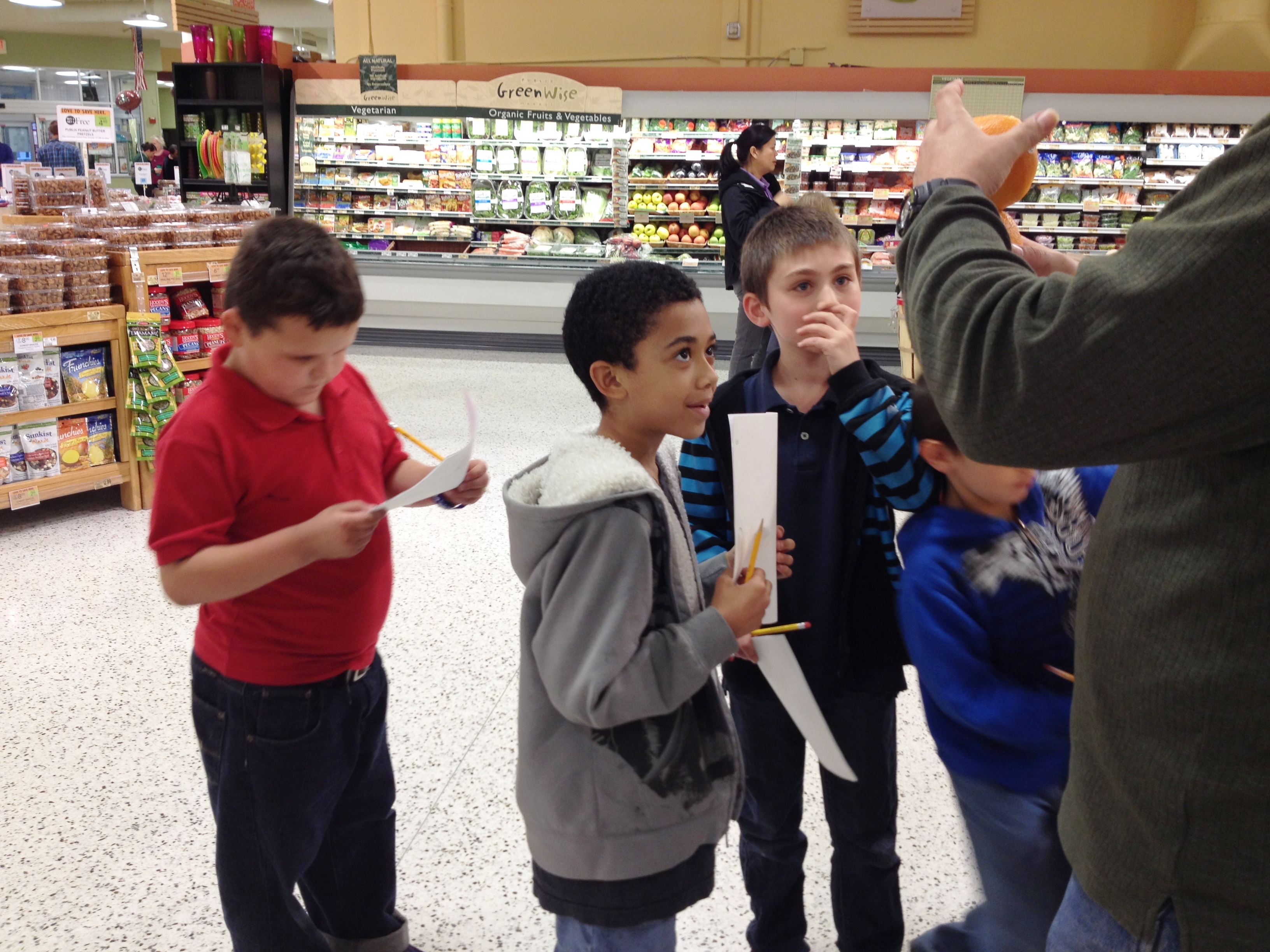 More than 70 students and their parents braved inclement weather to attend Mariposa Elementary’s Math Night. Students were engaged in meaningful, real world problem-solving as they walked grocery store aisles. Pictured, from left to right, students Joshua Locklar, Tyshon Crawford, Paul Lesser, and Shane Lesser, observe as parent Don Lesser shows the students about the stacking of oranges (spheres). The families enjoyed the problem solving activities. It was a great evening enjoyed by all who attended. 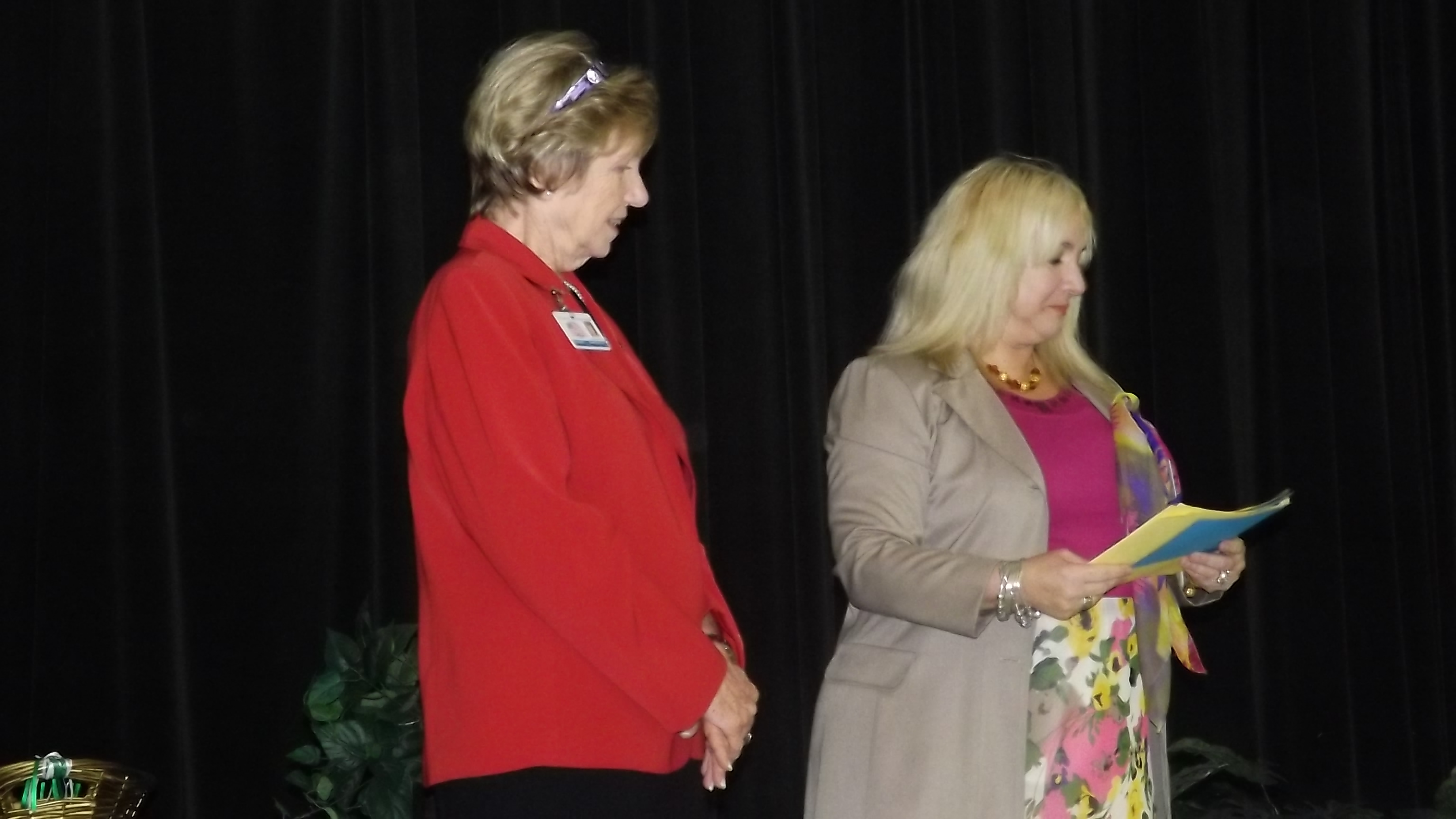 St. Lucie County Schools Superintendent Genelle Yost was special guest at Dan McCarty Schools’ January Student of the Month ceremony. Superintendent Yost delivered a very compelling message to the C.O.T.M. recipients, ecnouraging students to remain focused in their learning, set goals and work hard to accomplish them. In addition, Superintendent Yost challenged the students to go to college and earn doctoral degrees in any area of their choosing and perhaps even in education. Pictured are Superintendent Yost, left, and Assistant Principal Bennie Montenegro.

Northport K-8 eighth grade students received special guests in classrooms recently as two cadets from the Port St. Lucie High School Jaguar Battalion under the direction of Major U.S. (Retired) Richard Thompson, visited and imparted great information about available JROTC programs. Cadets Auger and Ryun talked about building leadership skills and the camaraderie that is attained when joining a JROTC Unit. Cadets spoke about after school teams including, drill, orienteering, raiders training and marksmanship teams and told the students that the after school and weekend activities are the best part of the program. The cadets encouraged the eighth graders to find out more information about available JROTC programs at the high schools and to consider becoming a part of one of the district’s JROTC programs available. Students were thrilled to see and listen to high school students who appeared to professional, courteous and knowledgeable and were very impressed with the programs. Pictured are Cadets Ryun, left, and Auger, who attended Northport K-8 School from fourth to eighth grade. 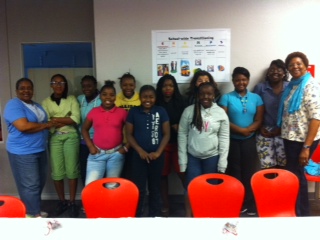 The students and staff at Samuel S. Gaines Academy are very appreciative to the mentors from the Calvary Compassion Church, who act as mentors for students in the Butterfly Tea mentoring group. Mentors assist student mentees with leadership strengths, and build on improving challenges, and expose mentees to best-practice in leadership and life skills. Pictured are members of the group with mentors. 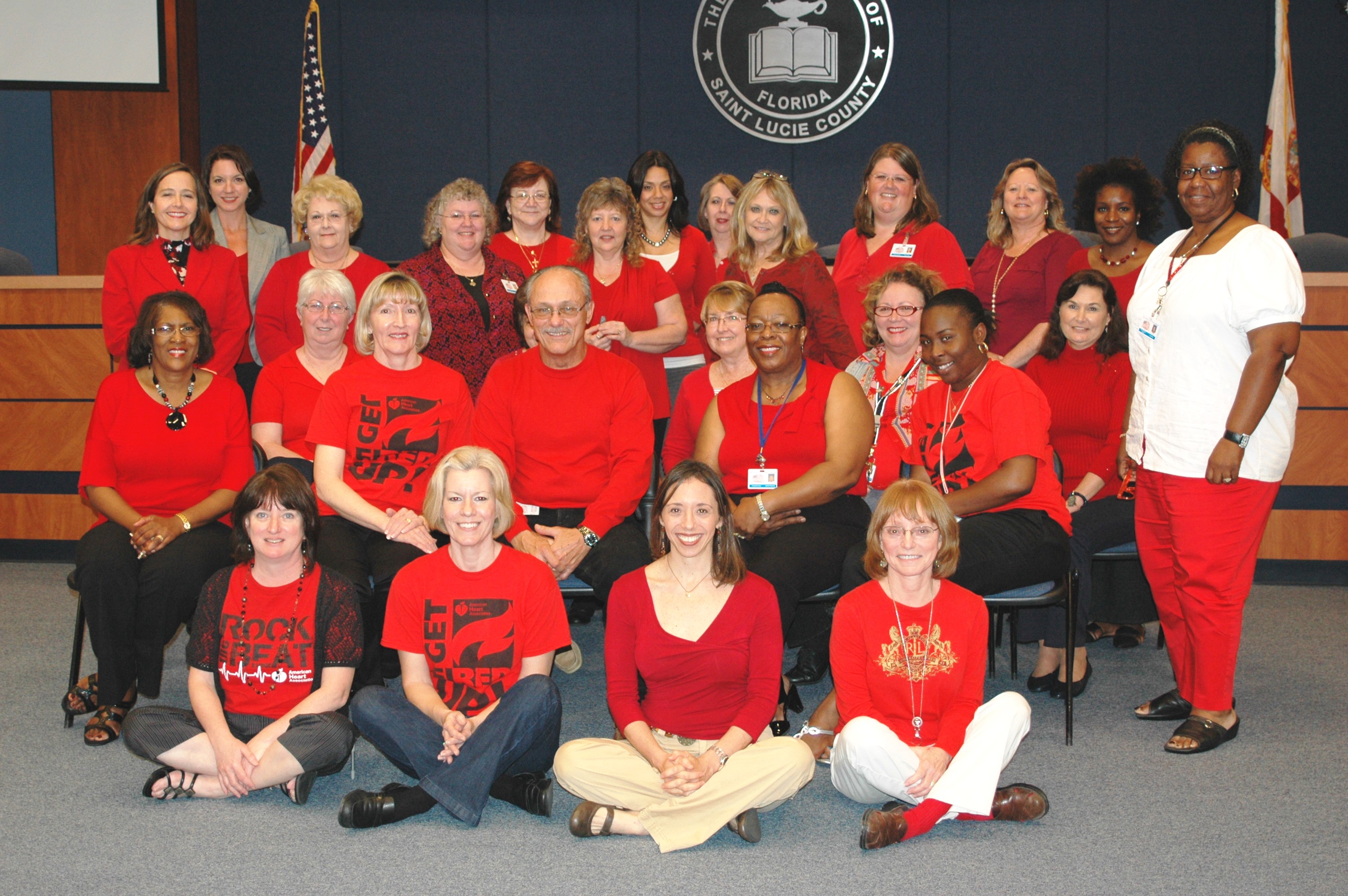 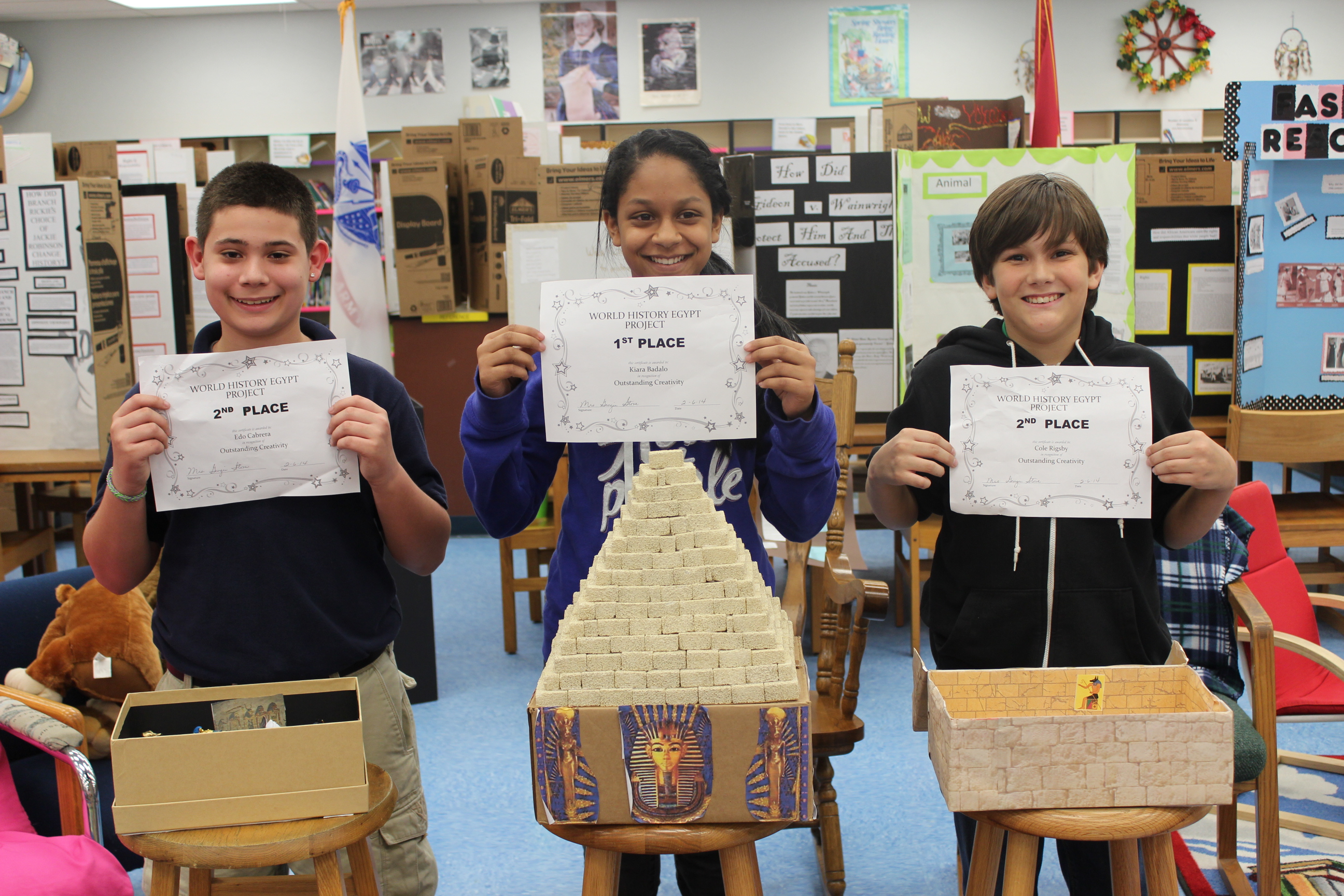 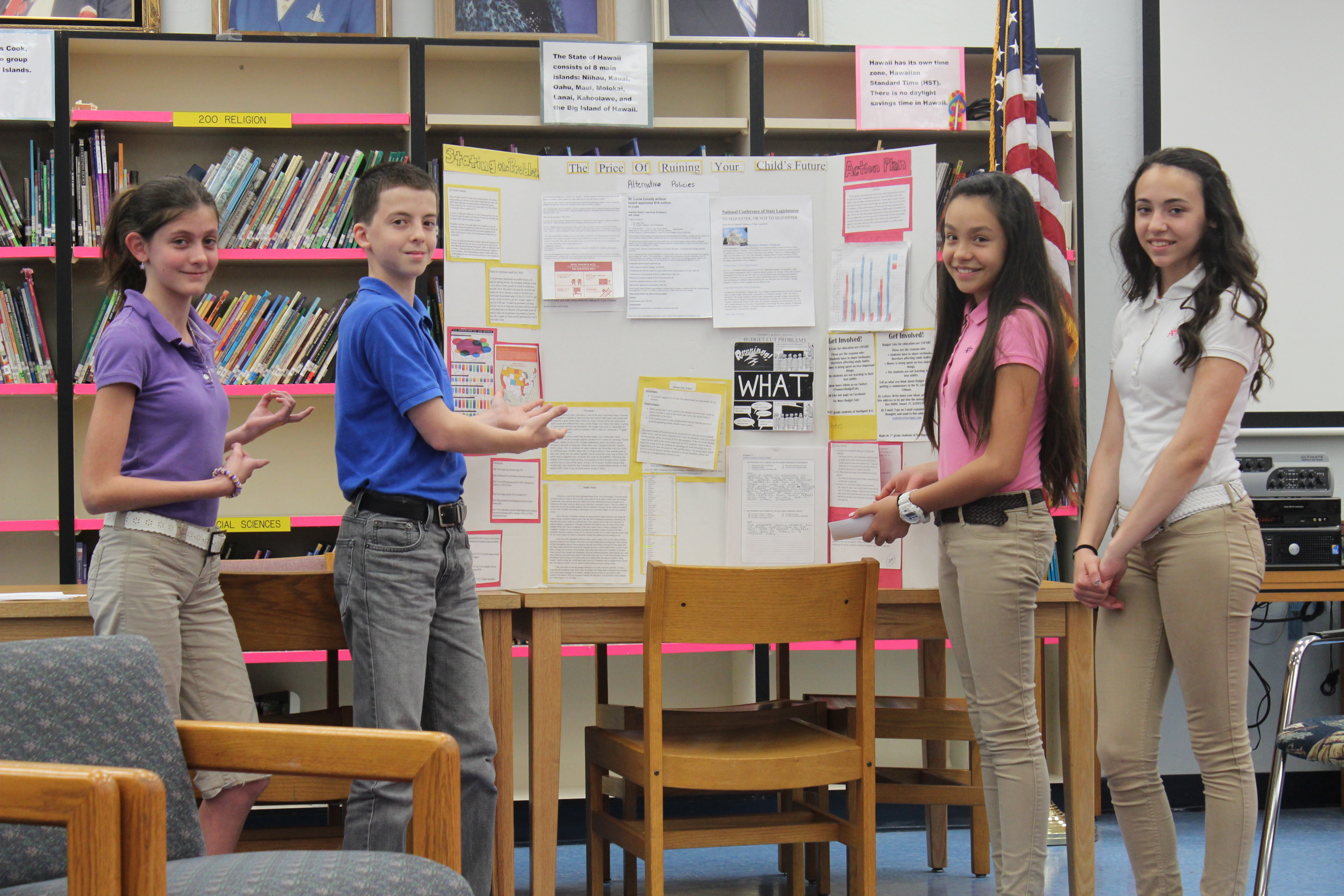 Northport K-8 seventh grade students are busily preparing their Project Citizen presentations. After a semester of research, phone calls, letters and policy studies, students in Mary Ellsworth, Christopher Prusa and Angel Bracero’s civics classes are fine tuning and refining their presentations. Students selected topics of interest to help raise awareness about hot button issues and learned how to become change agents to help make what seems to be impossible become the possible. Some of the topics selected by students are sidewalks in Port St. Lucie, school dress code, school budgets and textbooks, animal shelters and the issue of stray animals, dirty bathrooms and bullying. Students in Christopher Prusa and Mary Ellsworth’s classes met in the school media center to work with media specialist Lynne Gruszka to fine tune presentation skills and to learn how to present to a group. Pictured are students from Mary Ellsworth’s civics classes presenting their Project Citizen project. From left are Mackenzie Hunsicker, Michael Gorbach, Gabriel Pedraza and Melissa Royo. District wide Project Citizen presentations will be displayed and judged on Saturday, February 15, at Samuel Gaines K-8 School beginning at 9:30 AM. One display, per teacher, per school will be presented. 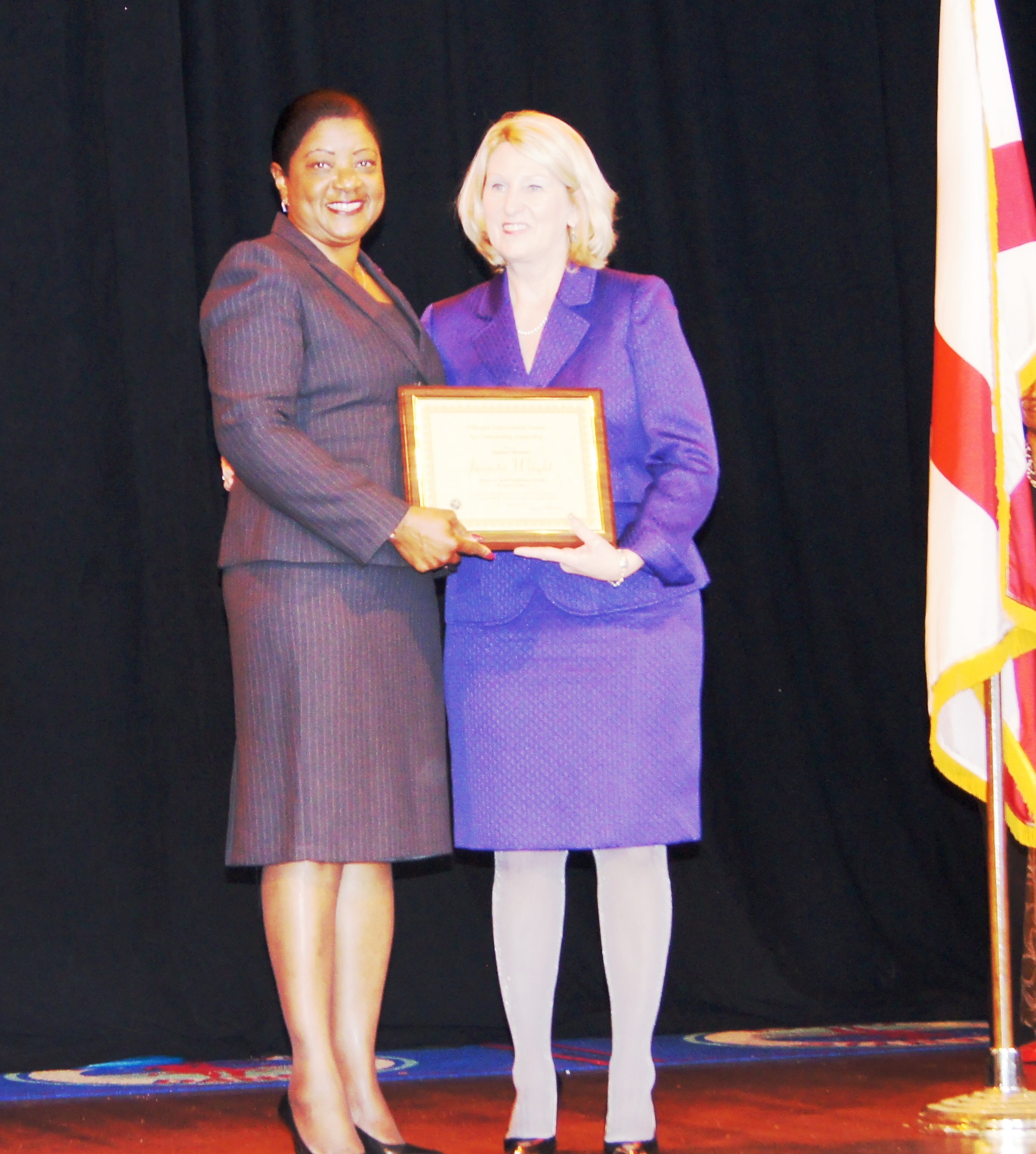 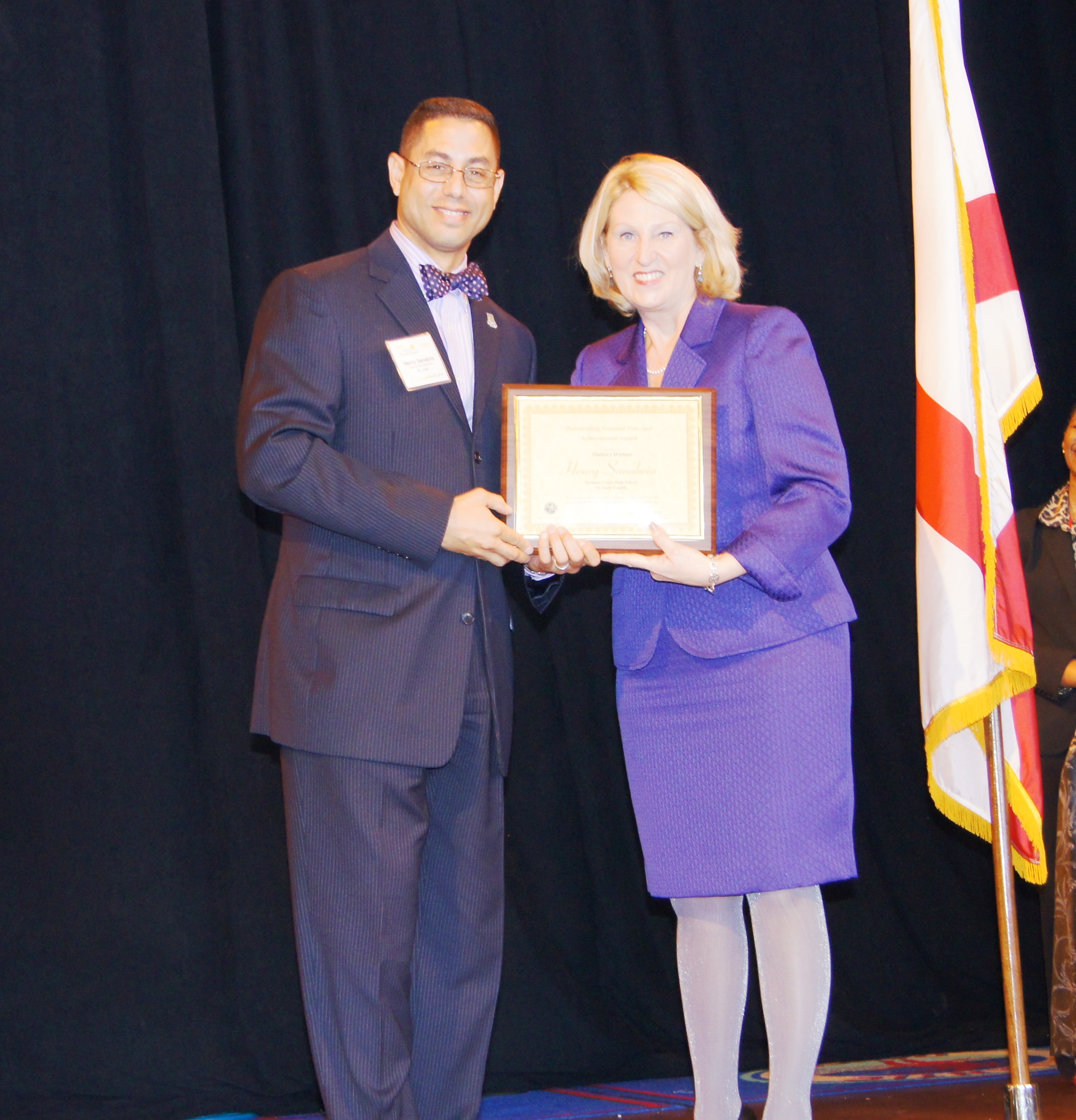 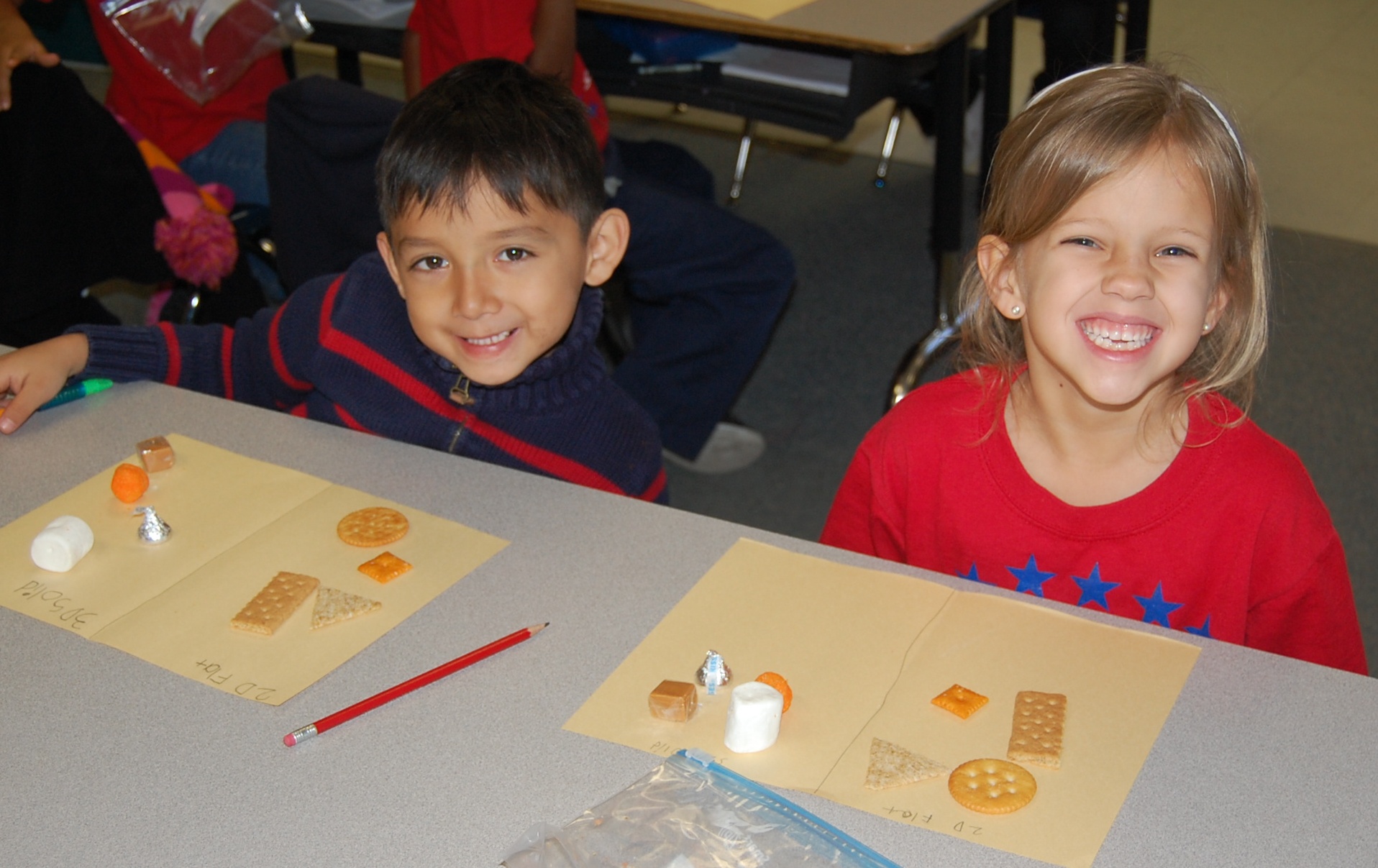 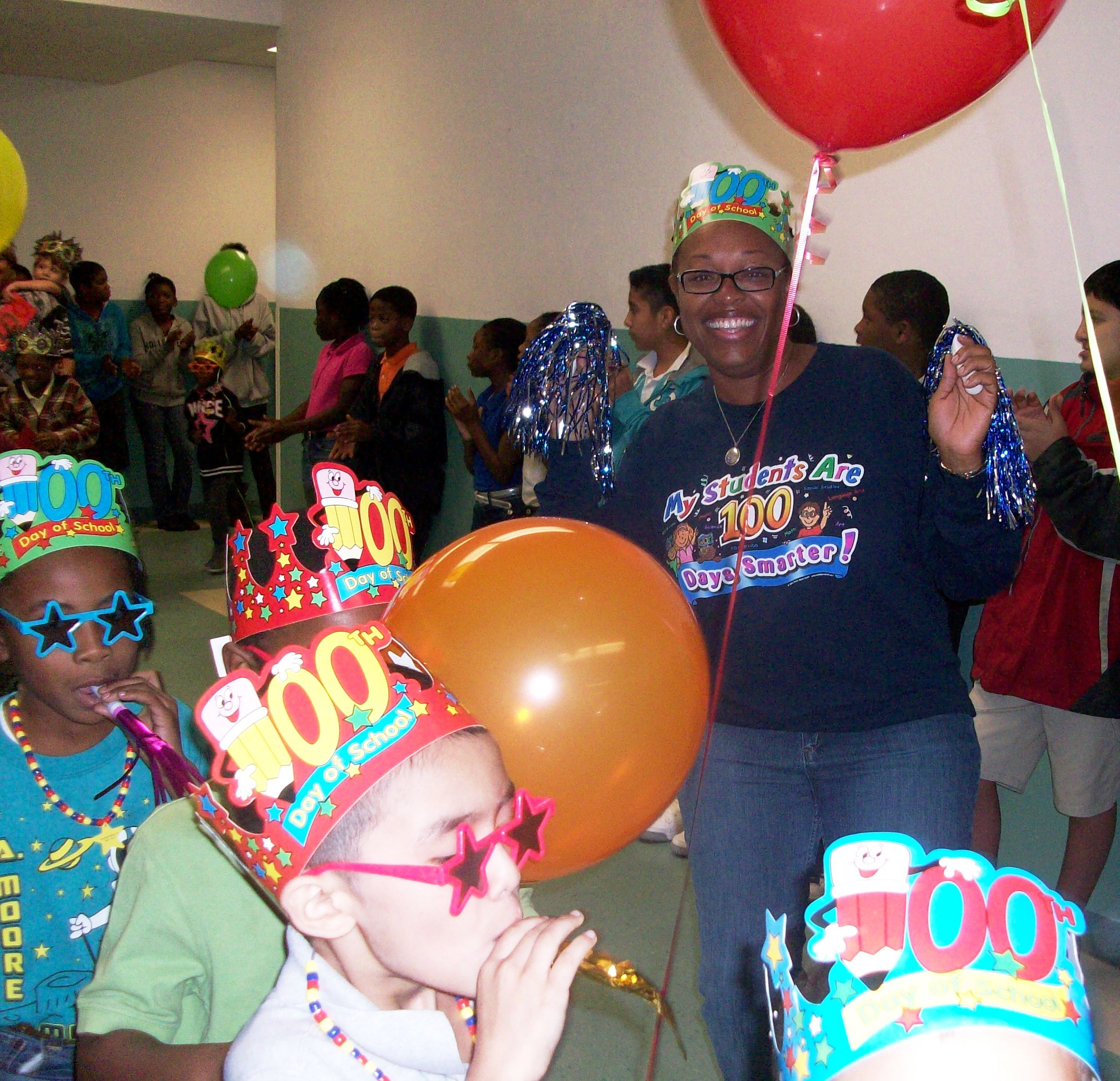