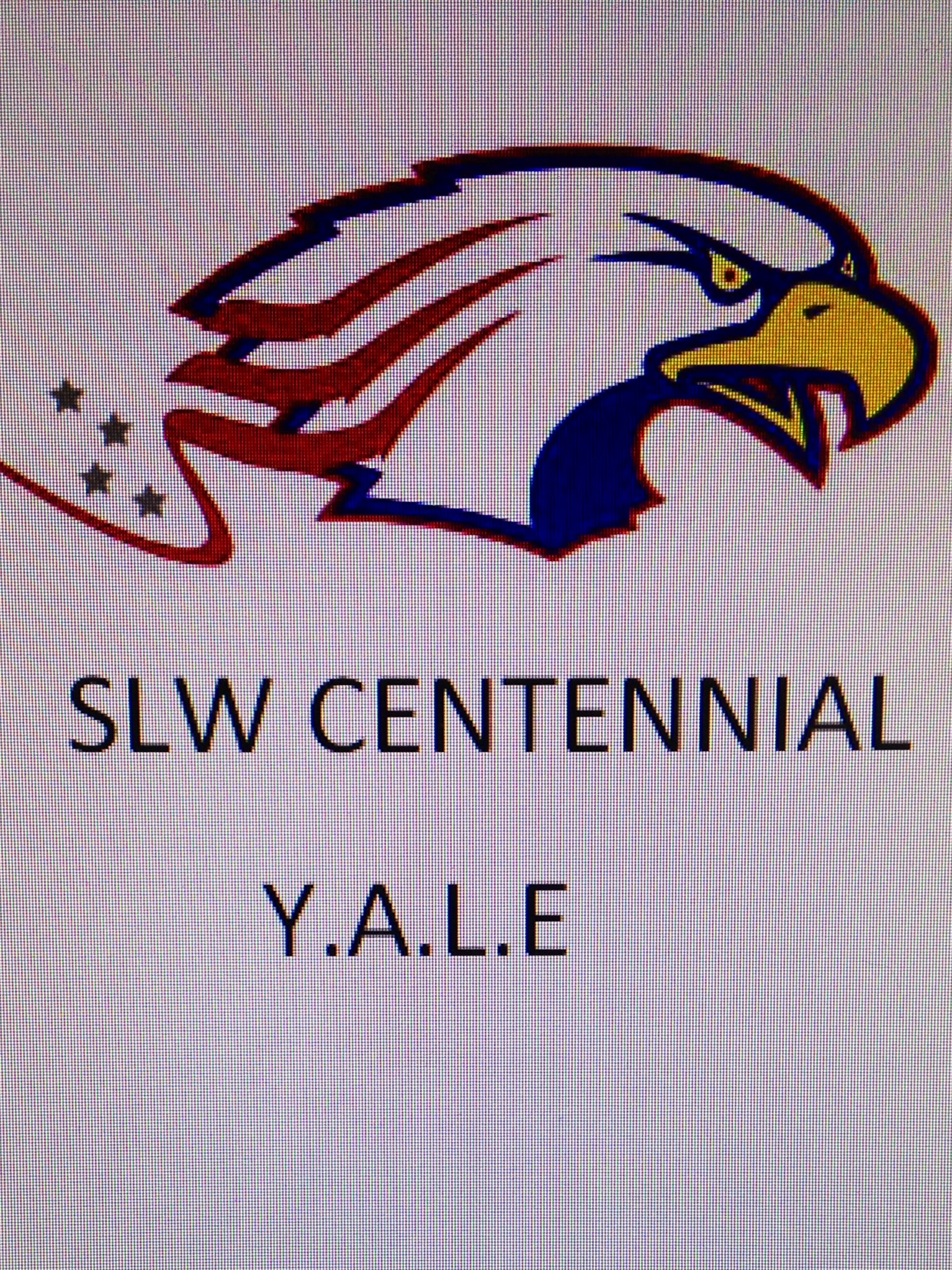 Y.A.L.E. is a 9th grade organization created to promote academic success, leadership, philanthropy, and fellowship amongst students in Saint Lucie West Centennial High School’s Freshman Academy.  Freshmen participation in school activities and events is a vital component of maintaining school pride and culture.  Y.A.L.E. provides numerous paths to involvement for students who might not already participate in athletics, band, chorus, drama and other clubs.  At its core, Y.A.L.E. is an academic organization that supports student success:  85% of members have a GPA over a 2.5, and 40% are on honor roll.  Membership in Y.A.L.E. is highly inclusive, and is representative of the overall population at Centennial, including ESE students, and myriad kids representing all walks of life.  Y.A.L.E.’s weekly peer tutoring program has had a demonstrable impact on the level of achievement in the Freshman Academy, and its emphasis on student involvement has emboldened many members to branch out into other extracurricular activities and organizations.  To date, Y.A.L.E. has been involved in philanthropic outreach to several worthy causes, including supporting P.B.I.S., the CASTLE Memory Field, the Wounded Warrior Project, Breast Cancer Awareness, the S.T.E.A.M. rap battle, and the Martin Luther King Jr. Parade.  Created for and by Centennial staff and students, Y.A.L.E. would not exist without the continued efforts of its leaders, Monarae Buchanan, Robert Guzy, Pam Jenkins, Saskia Joseph, Karla Kahn, and Rita Markowitz.  Y.A.L.E. has had an overwhelmingly positive impact at Centennial High School in its inaugural year, and the future is indeed bright for this program. 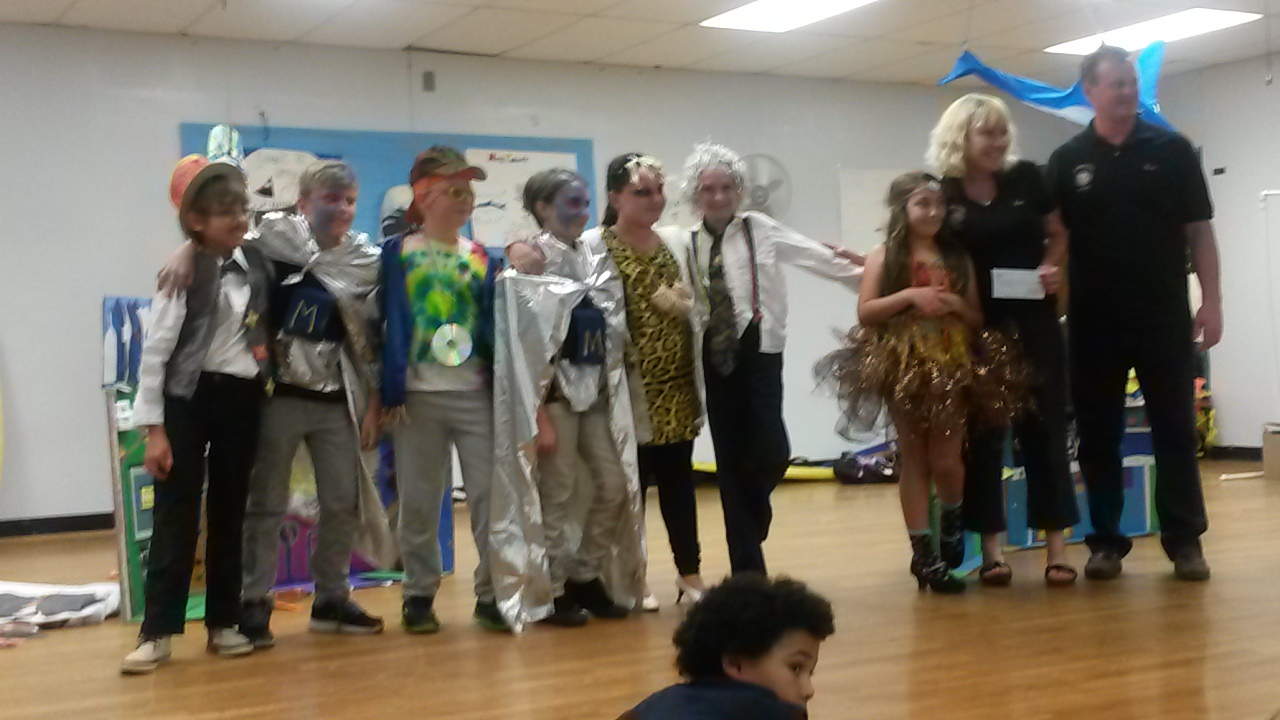 Morningside Odyssey of the Mind Going to State Competition

Morningside and the Elks club send Odyssey of the Mind teams to state competition where our team, Experiencing Technical Difficulty placed eighth out of 19 teams.  Our team, Wacky weather represented Morningside in the primary category. 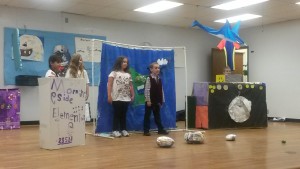 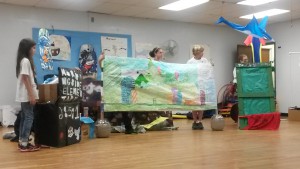 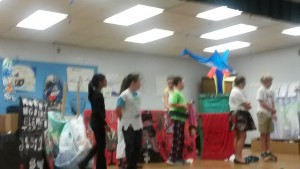 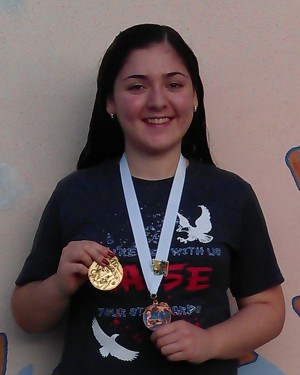 One member of our team was called to the award stage three times Friday night.  Senior Nathalia Gomez earned a medal for her role in our National Service Project earning over $500 in donations for the Leukemia and Lymphoma Society.  Nathalia also works tirelessly outside of our school community as an ER volunteer at Martin Health Systems-SLW, as well as with several organizations such as Treasure Coast Hospice and SWAT.  For that, Nathalia was awarded a Bronze Level Barbara James Service Award.  And finally, she was awarded a $1000 college scholarship from HOEAF-Health Occupations Educators Association of Florida.  Nathalia is now qualified to advance onto the HOSA National Leadership Conference in Anaheim, CA in June.

Senior Karina Sotolongo anxiously awaits the opening of the IRSC Writing Contest Awards ceremony. The contest has competitors from more than twenty area high schools, and there are three places for each of the four high school grades. Karina won third place as a sophomore, first as a junior, and first as a senior. As a three time winner, she received a plaque and a full scholarship to IRSC. 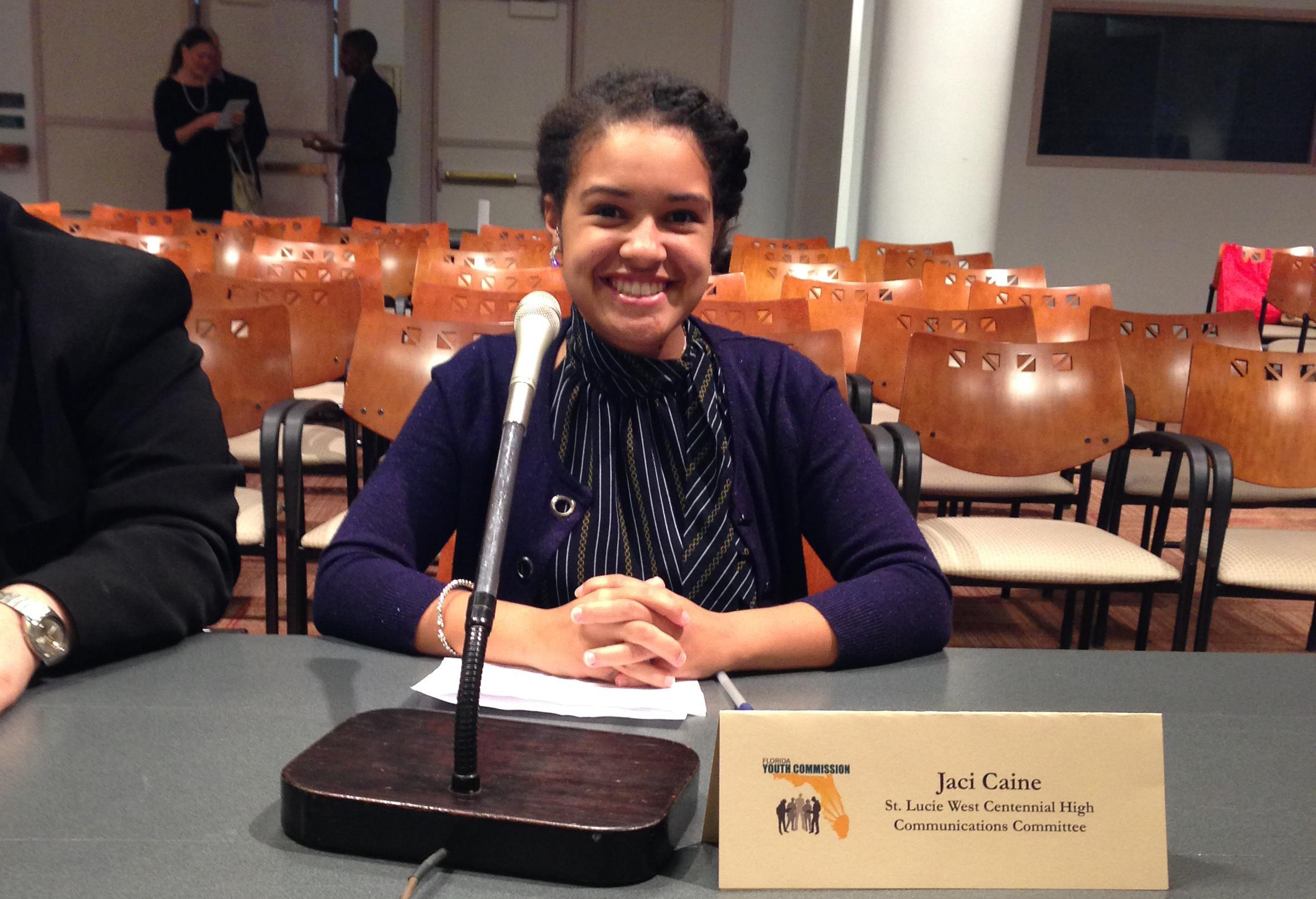 Jaci Caine serves on the Florida Youth Commission, an advisory body to the Governor’s Florida Children and Youth Cabinet. As a member, she participated  in the Children’s Week activities in Tallahassee, FL, April 10th- 14th.  Congratulations Jaci on a job well done.

Anastasia Beckford received the Wellesley Book Award honoring a female student in the junior class whose academic record and character are exceptional and who has also made significant personal contributions to her school and community. 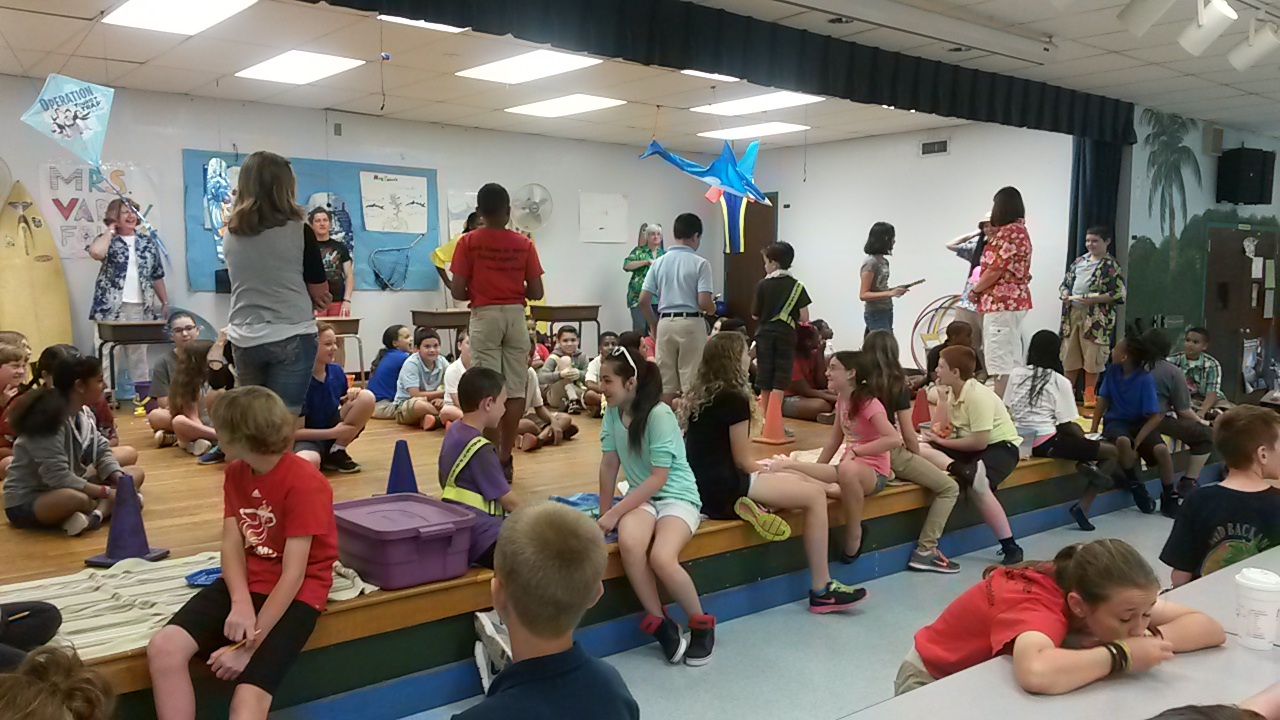 Morningside fifth graders participated in a fun-filled, yet educational pep rally under the direction of Deb Hitsman, our guidance counselor.  They ran relays, tried to keep that hula hoop going, and dug in sand to find answers to questions about Math. 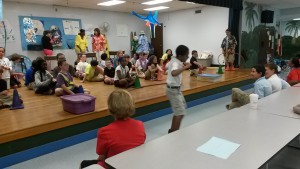 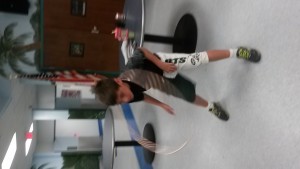 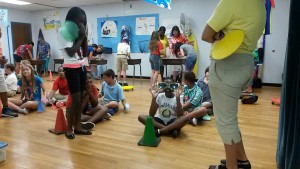 At the school board meeting on April 14, 2015, Roger Priest and Jimmy Burchard of Fort Pierce Sunrise Kiwanis Foundation was presented a plaque for their generous donations and continued partnership with St. Lucie Public Schools. 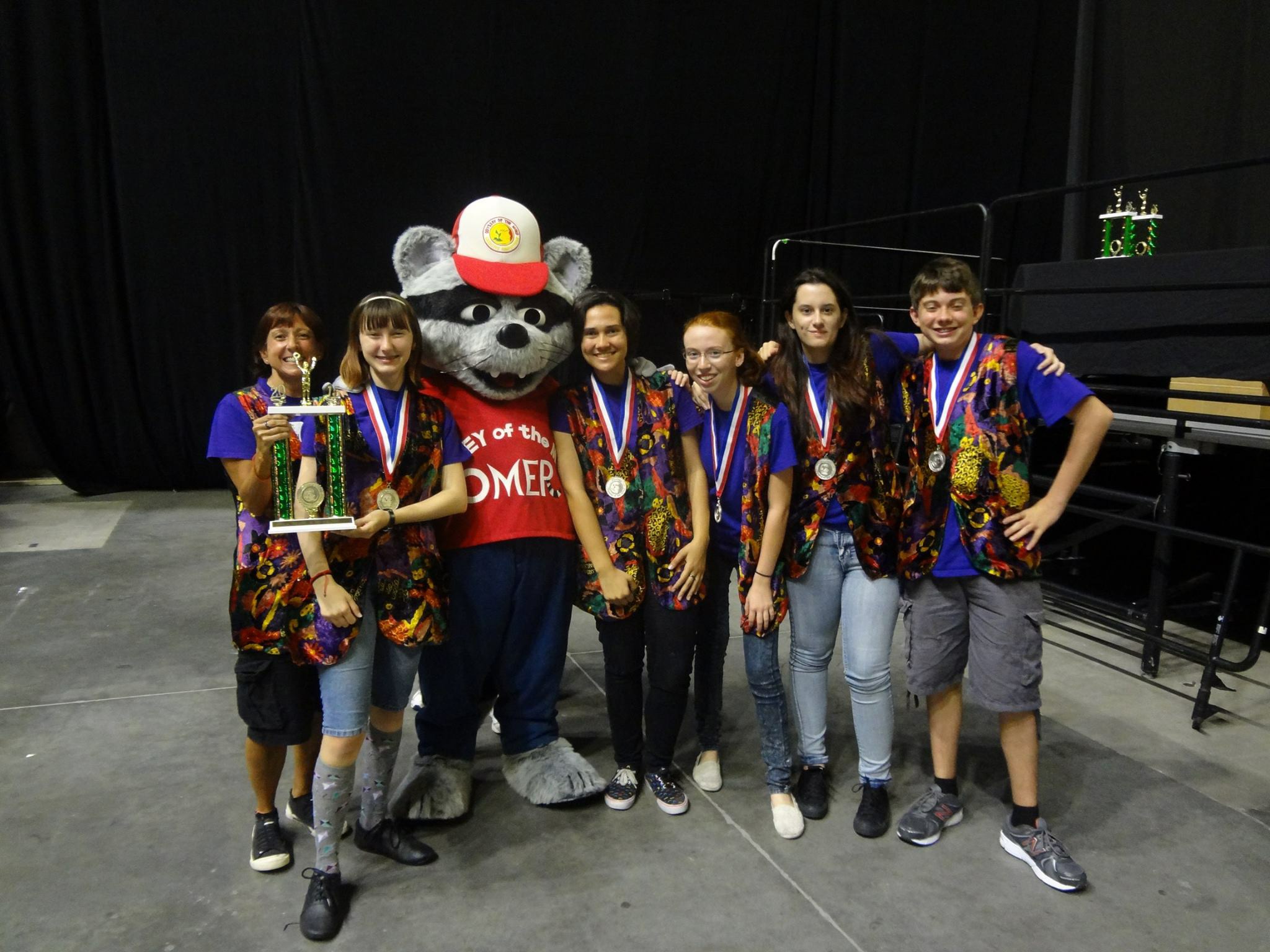 FPC High School Odyssey of the Mind Team off to World Finals in May!

Odyssey of the Mind is an international educational program that provides creative problem-solving opportunities for students from kindergarten through college. Team members apply their creativity to solve problems that range from building mechanical devices to presenting their own interpretation of literary classics. They then bring their solutions to competition on the local, state, and World level. Thousands of teams from throughout the U.S. and from about 25 other countries participate in the program.

The Fort Pierce Central High School team won second place at the State competition last Saturday at the University of Central Florida in Orlando, Florida. They will now compete in the World Finals from May 20-23, 2015 at Michigan State University.

Over 800 teams from around the world will compete in the 36th Odyssey of the Mind World Finals. The competition emphasizes creativity and teamwork and has grown into the largest international creative problem-solving competition worldwide.

Best wishes to the FPC Odyssey of the Mind team — have fun in Michigan! 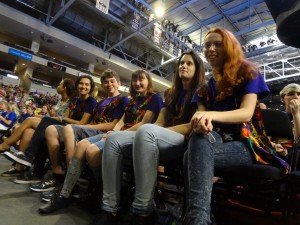 On Friday, April 10, the Rivers Edge PTO hosted a Family Movie Night outside in the PE area of the school. Free to all who attended, everyone received a popcorn and a drink to enjoy while watching Monsters University. Kona Ice was on hand as well as other treats that could be purchased by the parents and students. PTO provided bug repellent and the weather cooperated making the night a perfect family time! 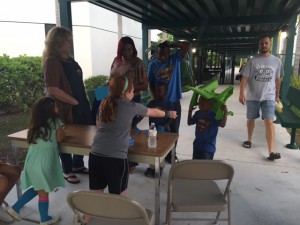 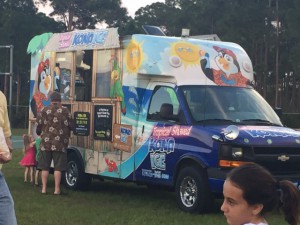 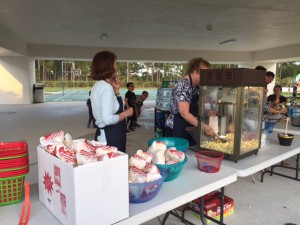 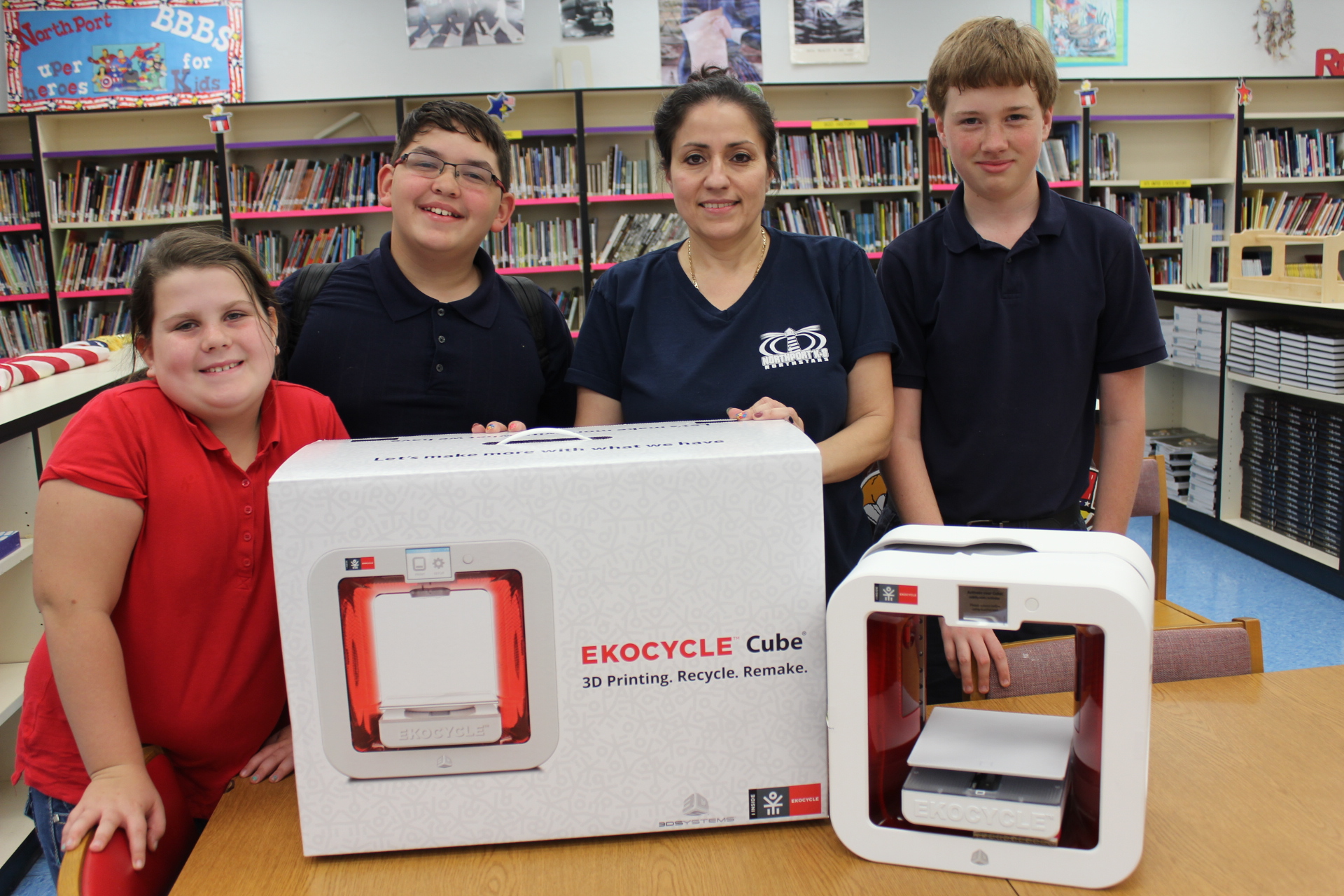 Northport VPK-8 School STEM Center received some very good news and a package in the mail that contained a brand new 3D printer from the First Robotics organization, ECKOCYCLE and Coca Cola. STEM Center instructor, Christine Nurse wrote and received the grant from will.i.am and Coca Cola whose mission is to inspire new things made in part from recycled materials. The grant was bestowed to help motivate students to do “something cool” for sustainable living and to help support a more sustainable environment using recycled materials. The twelve hundred dollar grant which purchased the 3D printer will help inspire Northport students to dig deeper, think harder and be more productive when researching and innovating. Great job Mrs. Nurse for reaching deep and going the extra mile to make sure that Northport VPK-8 students have the best materials. Pictured are students, Shea Ellsworth, Sebastian Hernandez and Jared Wilt helping Mrs. Nurse open the new 3D printer.

Students in the Peer Leadership Program at Weatherbee Elementary had the honor of meeting Mr. John Arnett, a former Marine, police officer, and teacher.  He encouraged the students by sharing how he grew up, fought in Vietnam, and then served as a police officer in various states before retiring.  He told students not to get involved in gangs and to keep their noses in the books!  Every month, the students get together at lunch and are motivated by successful African American male role models.  Featured with Mr. Arnett are Weatherbee’s Administration and the two young women responsible for the program,  Mrs. Oge and Dr. Nelson. 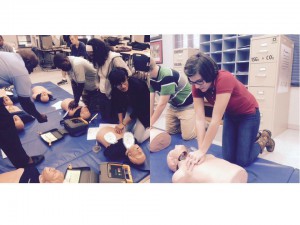 Fort Pierce Sunrise Kiwanis Foundation Director Jimmy Burchard and Roger Priest presented St. Lucie Public Schools with awards at the school board meeting on April 14, 2015. The theme for the St. Lucie County Fair was “The Next Fifty Years.” The Fair Display Winners are as follows:

The award for “Out-of-the Box” went to Treasure Coast High School for their 3-D display. There was a tie for the People’s Choice Award; Fairlawn Elementary and Southern Oaks Middle each received 491 votes. Each school received $250.

The Sunrise Kiwanis also presented checks to Fairlawn Elementary and Frances K. Sweet Elementary for Dr. Seuss Read Across America. Each school received $250 to be used in their Media Centers.

The SLC Education Foundation was also presented an annual donation of $1000.

Mr. Tate Stern was presented the STAR (Special Thanks And Recognition) Award at the school board meeting on April 14, 2015. Mr. Stern is a plumber for St. Lucie Public School District. He was nominated by Mrs. Dianne Young, Principal at Lakewood Park Elementary School. Mrs. Young shared that Mr. Stern goes above and beyond the call of duty at their school, and that he makes sure all work is completed in a timely manner with safety for all students and staff in mind. Congratulations, Mr. Stern! 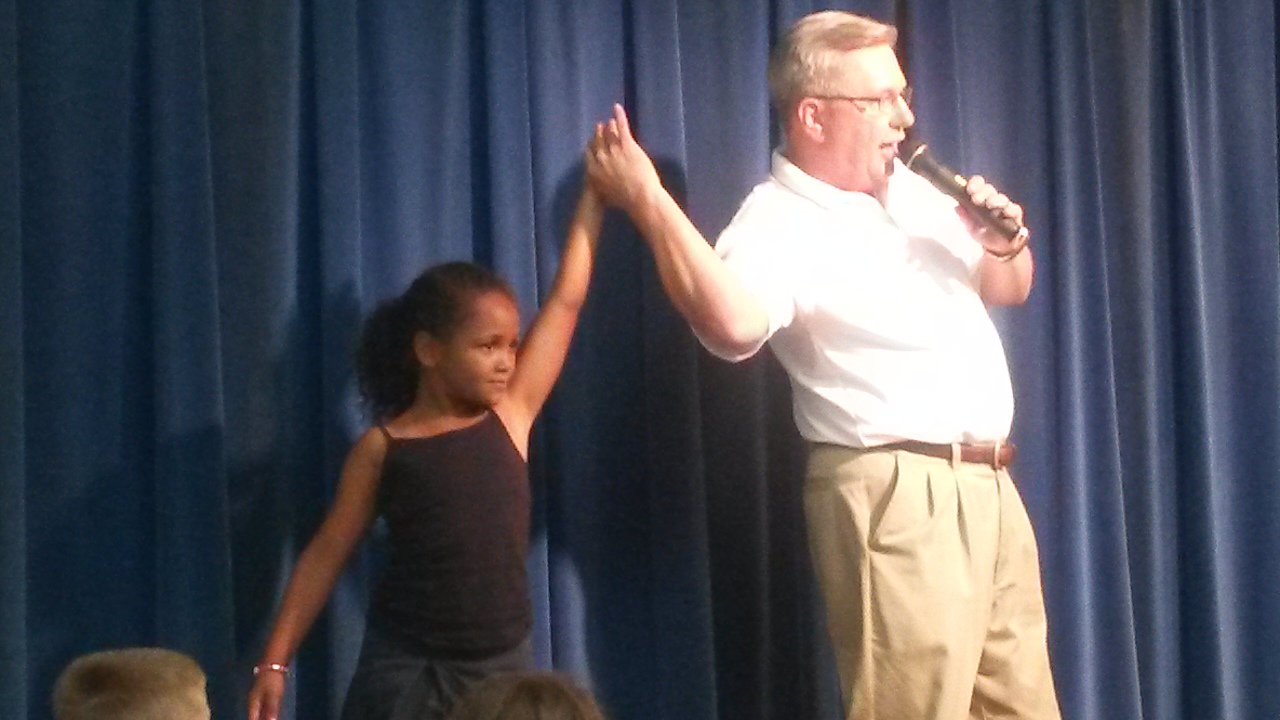 The PTO at Morningside Elementary hosted parents and students for an exciting evening of dinner and Escape School.  Mr. Seliga taught students how to escape from adults who could cause them harm and gave them tips on how to ask for help from adults.

Fairlawn Elementary School’s Intermediate Odyssey of the Mind team has earned a spot to compete in the World Competition to take place in Lansing, Michigan in May. Odyssey of the Mind teaches students to problem-solve in a creative way. Students are encouraged to “think outside the box” in order to solve open ended long-term and spontaneous problems. Students prepare a solution to a long-term problem with given parameters to present at competition. They also must solve a short problem given on the spot, called a spontaneous. Students at Fairlawn Elementary Magnet School met before or after school to work with their team to devise a solution to their chosen problem. 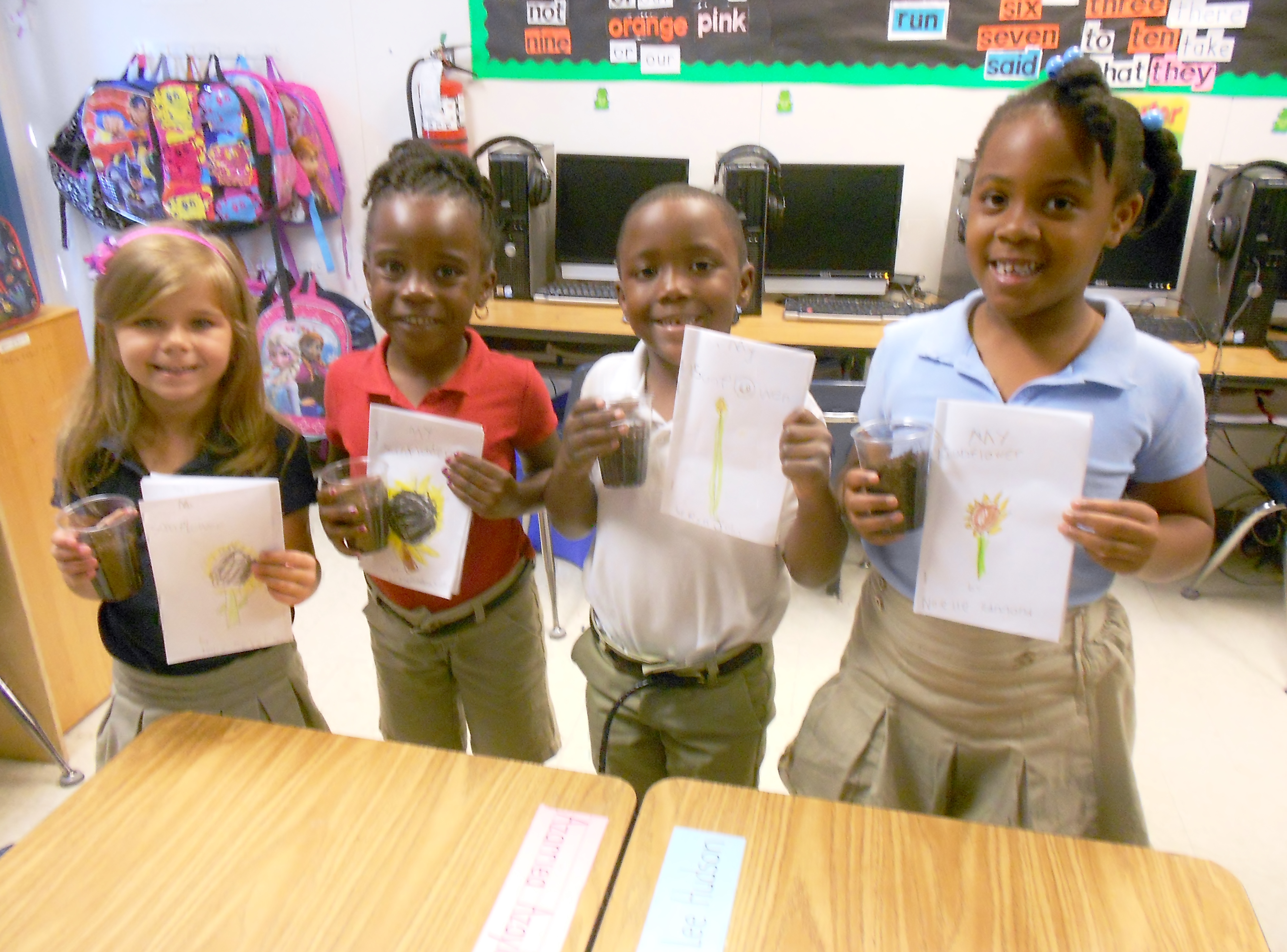 Frances K. Sweet  students in Kathy Offerdahl’s kindergarten class planted sunflower seeds and are keeping a journal to record the growth of their plant and all of the things that they are learning about them.  Pictured from the left, Holly Howard, Azarriea Desir, Ryan Johnson, and Noelle Edmond are waiting anxiously for their plants to sprout.