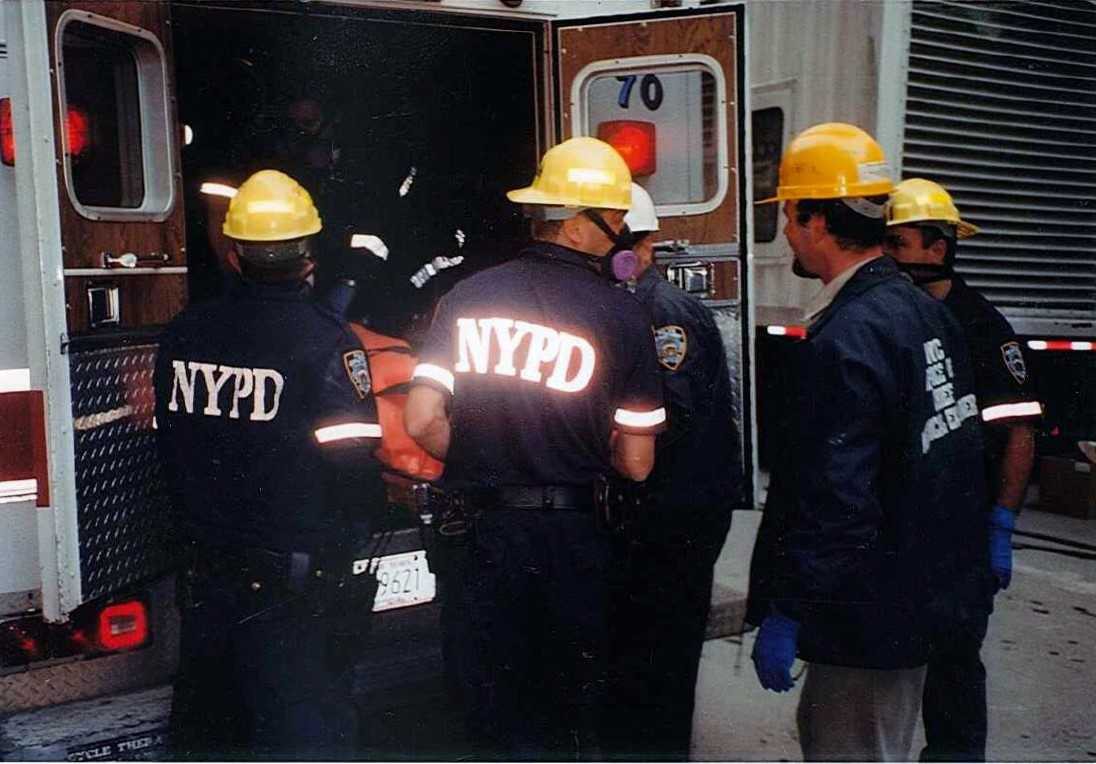 Frank Sisto and Ken Rodriguez – Serving and Protecting Years After 911

As law enforcement officers, Frank Sisto and Ken Rodriguez serve as members of St. Lucie Public Schools Safety and Security Team.  However, on September 11, 2001, they were members of a different team — the New York Police Department.  Both gentlemen were first responders involved in rescue and recovery efforts, putting others before self as they answered the call. 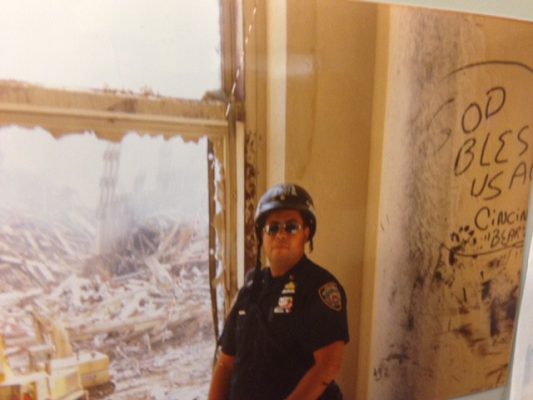 “This day will forever live in my heart as the day some sacrificed all to serve and protect the great citizens of New York City. We must never forget the innocent victims and the selfless acts of true heroism! I will always cherish being part of a group of first responders who gave all they could on that horrific day.”

Frank Sisto shared an article with us that he wrote for TCPalm several years ago on the 10th anniversary of this tragic event.

On Sept. 11, 2001, I was a sergeant in the New York Police Department. I was the supervisor of an auto larceny unit based in Brooklyn.

When the first plane struck the World Trade Center, I was enjoying breakfast with some former co-workers. I immediately drove home to retrieve my gear and rush to the scene.

The streets of New York were a surreal sight out of some apocalyptic movie. As I loaded my gear into my car and cleared the ash and debris from my car windows, I looked out across the East River at the burning hole in the north tower.

When I arrived at my base, my unit was placed on standby awaiting further attacks. Policeman are strange individuals, we run towards danger instead of away from it. We always choose the fight response instead of the flight response, so watching the tragedy unfold on television as our city turned into a war zone was utterly frustrating.

We would get our gloves and get into the game in a big way in the days to come.

On Sept. 12, my unit was placed in charge of one of the temporary morgues. We were set up in a high school a few blocks from ground zero. The lobby was transformed into a makeshift morgue.

We were dispatched to “Found Remains” on the northeast side of the site. Lower Manhattan was turned into a World War II movie set. We traveled through the rubble-laden streets on golf carts … to make the recovery and to transport the remains to the temporary morgue where we aided FEMA (the Federal Emergency Management Agency) in a tentative identification process.

Placing the bags from the site onto the tables, we aided the morticians and medical examiners and tried to find identifying marks, tattoos or jewelry on the remains. … Any identification would provide closure to tortured families awaiting word of their loved ones.

Afterward, we loaded this cargo into ambulances for transport to the main temporary morgue. This was an extremely taxing time both physically and mentally, dealing with the gruesome sights and countless hours and days, 17 hour work days and seven-day work weeks.

By the time we got home and washed the day’s cement dust and ash off our bodies it was time to return to work.

This assignment lasted until the end of October. The outpouring of love and kindness from all the people of the country is what kept our spirits up and made our days more bearable.

The events of Sept. 11… took away the sense of security in our lives …. I have had to live with the gruesomeness of this terrorist attack on an almost daily basis.

Another constant reminder of this tragedy is the countless number of sick first responders. Numerous people who served at the various locations (ground zero, Fresh Kills Landfill etc.) have developed unexplained cancers and diseases, and more than 1,000 heroes have passed away in the 10 years since.

Every year I go for my World Trade Center physical wondering: Is this the year that I become a statistic? 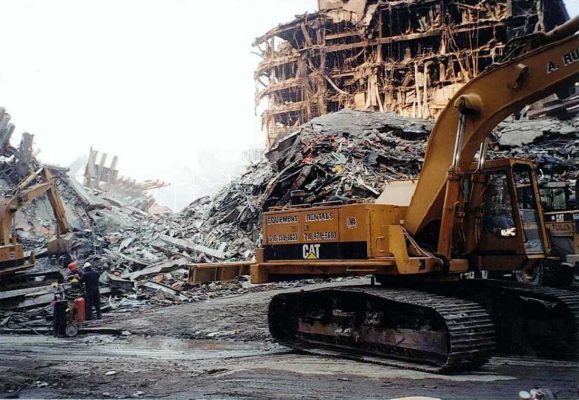 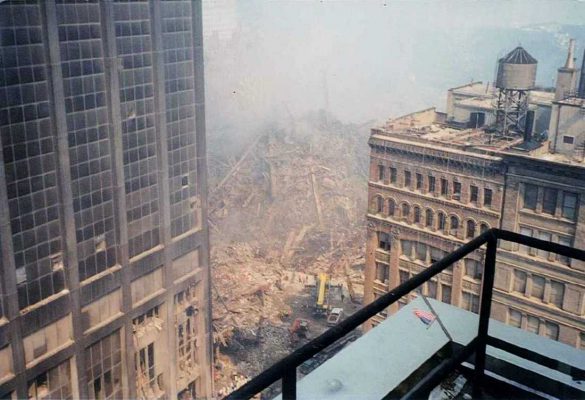 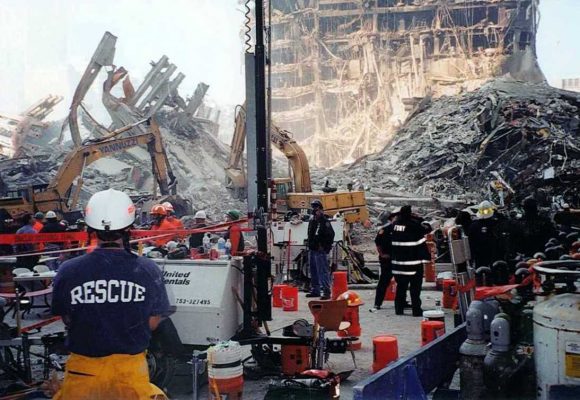 A team is only as good as its players, and St. Lucie Public Schools plays to win.  That’s why positive coaching, strong support, and a well-defined game plan with proven strategies keep this team motivated to win — for kids’ sake. 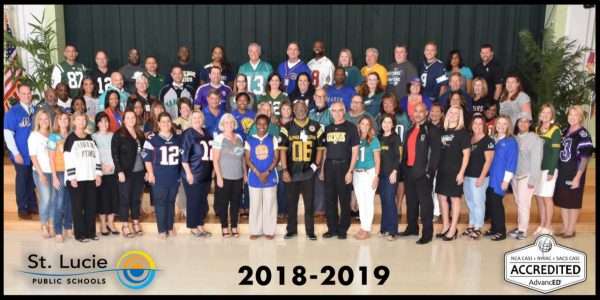 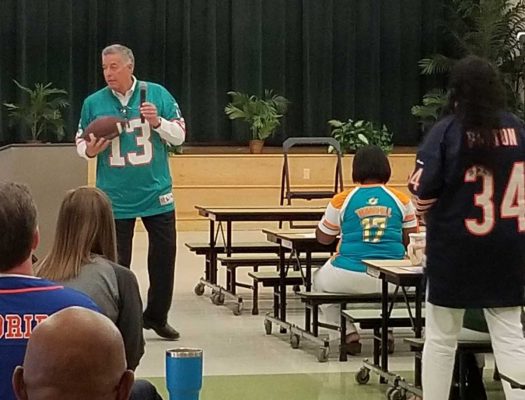 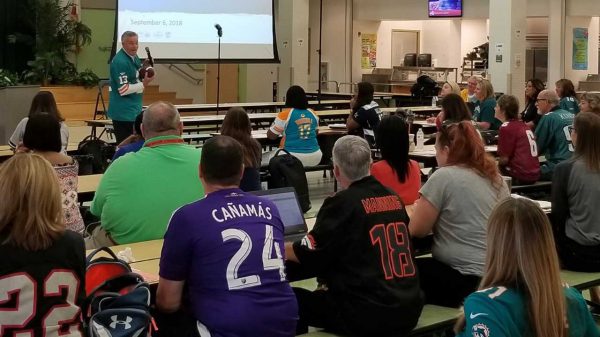 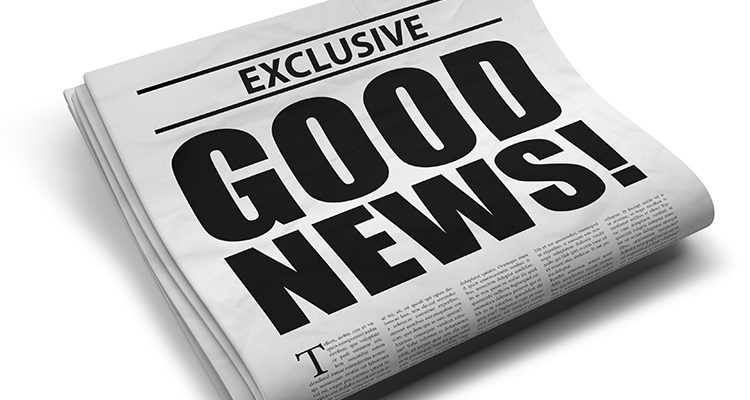 The Good News Gets Even Better for St. Lucie Public Schools

St. Lucie County, FL –  In a letter addressed to St. Lucie Public Schools (SLPS) Superintendent E. Wayne Gent, the Florida Department of Education (FLDOE) announced that a review of school grade data and supporting documentation for Oak Hammock K-8 School resulted in a grade recalculation.  The school, previously designated as a B, now bears the distinction of an A rated school.  In addition, Performance Based Preparatory Academy received a School Improvement Rating of Commendable – the highest benchmark ranking for schools not receiving a letter grade.

Superintendent Gent explained the District closely monitors the process for calculating points earned for school grades, and when the State announced a set of late-reported Florida Standards Alternate Assessment Scores were not included in this year’s calculations, SLPS filed an appeal. “Oak Hammock was just two points shy of an A,” he said.  “It’s our job as District leaders to support our teachers, staff, students, and administrators.  We wanted to make certain their relentless efforts and focus on each child to increase achievement received full recognition and honor. The results speak for themselves,” he added.

With Oak Hammock’s grade re-calculation, 37% of SLPS are rated an A, 62% are rated an A or B, and the District has no failing schools. 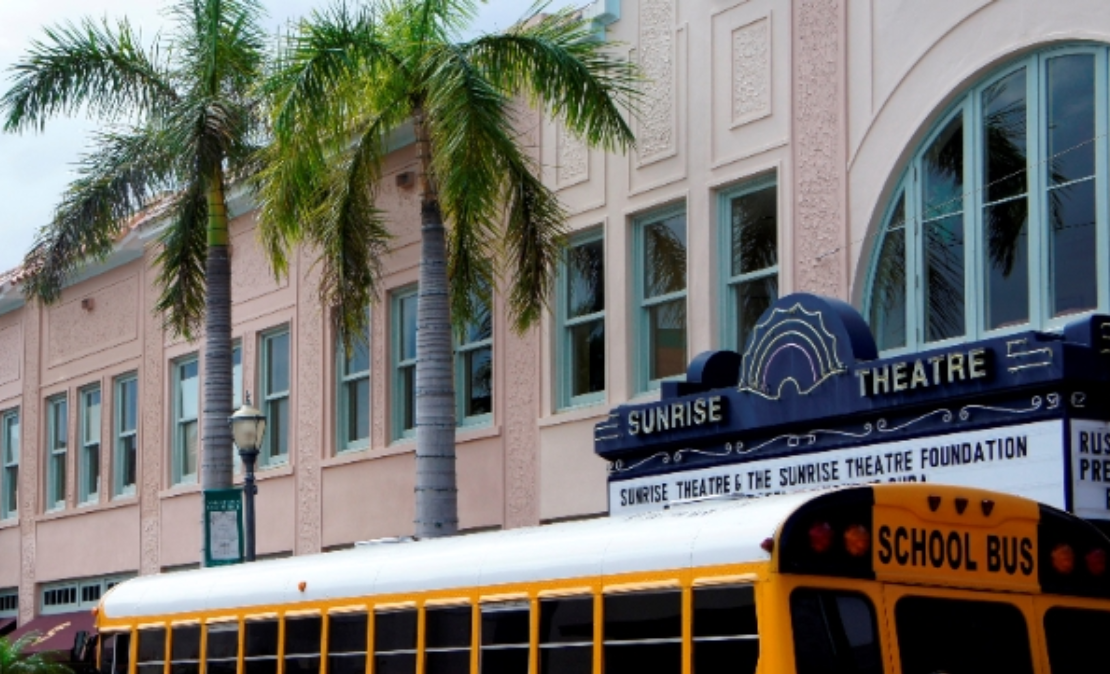 For the 12th year the Sunrise Theatre is committed to providing students in St. Lucie, Indian River, Okeechobee, and Martin Counties the opportunity to attend live theatrical performances.

The School Time Performances offer current, challenging and artistically diverse programming performed by international, national and regional artists and theatrical companies. For some students, it is their first time seeing a live performance and for others yet another glimpse into the world of education, brought to life. Tickets for all performances are $3 per person per show. School bus transportation costs are covered by the Sunrise Theatre Foundation.

Field Trip Forms Must Be Completed In Advance.

For additional information or questions, please contact Lorina Beniamino at the Sunrise Theatre: 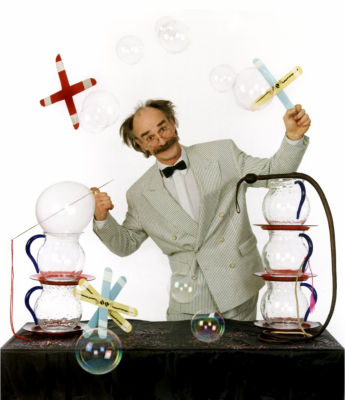 Friday, December 14 at 10:30am
Recommended All Grades

Children of all ages will marvel at Clara’s adventures with the Rat King, Nutcracker Prince, Snow Queen, Sugar Plum Fairy, and all of the wonderful characters she finds in the Land of Sweets. St. Lucie Ballet opened its pre-professional dance academy in August of 2004. Since then they have gained a reputation of quality and professionalism in the education of dance. Students are taught by professionals that still have or have had successful careers in the dance world. Join us for an enchanted performance.

Click here for reservations for the Nutcracker Ballet performance: 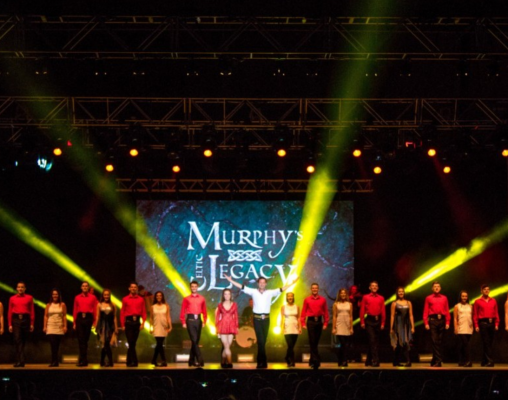 Wednesday, April 3 at 10:30am
Recommended All Grades

The show’s soundtrack is composed by acclaimed Irish musicians John Elliott and Gerry Conlon and is performed by a 7 piece band. The performance centers on an original tale developed by Hannon drawn from Irish folklore – a tale of Kings and Queens, rebels and magic; epic battles between good and evil. It tells the story of the Murphy clan, who flee the corrupt tyrants of their native Eire in search of a better future.

No study guide available for this performance. 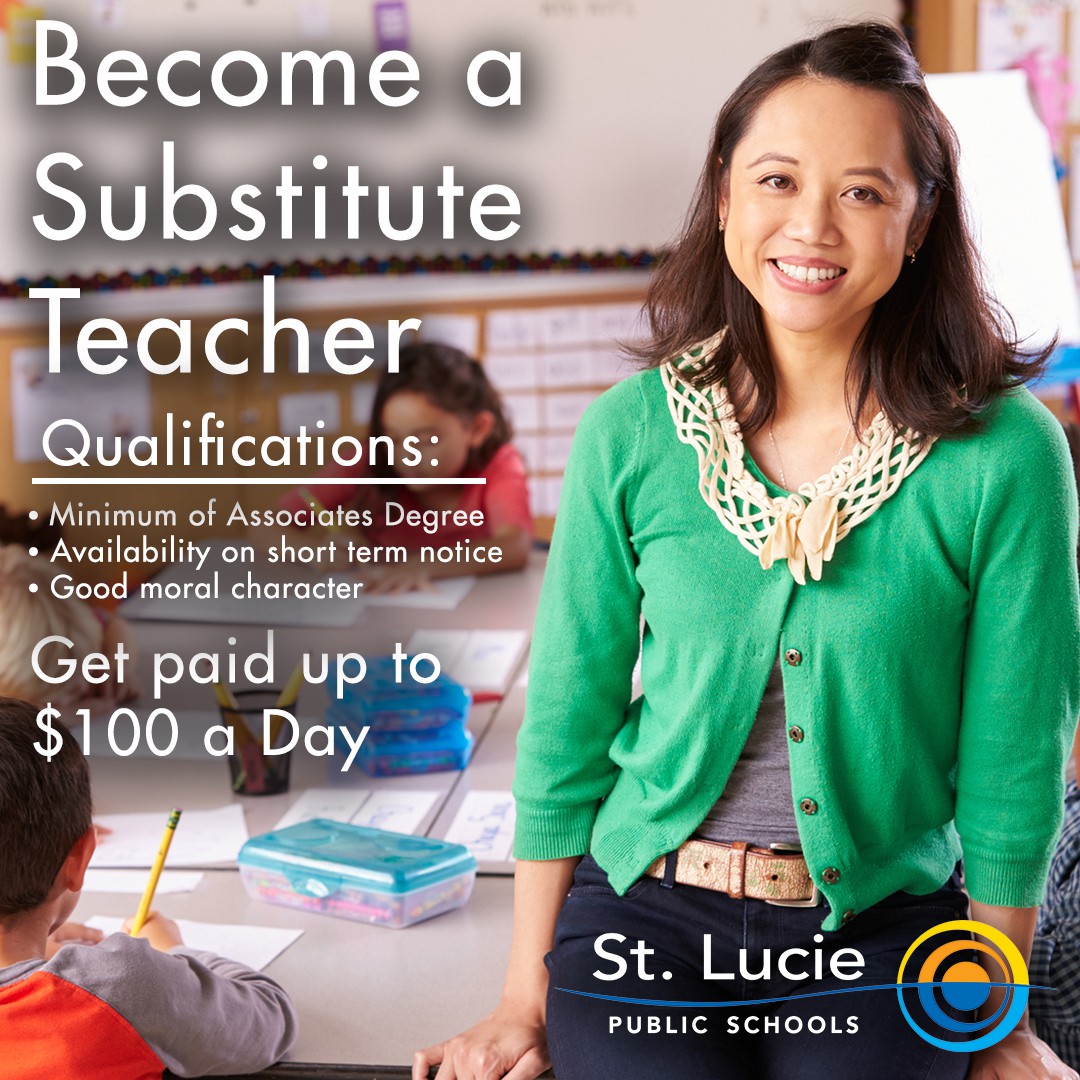 Are you interested in becoming a substitute for St. Lucie Public Schools?  We’re hiring now.

Simply click the link below to begin the application process: