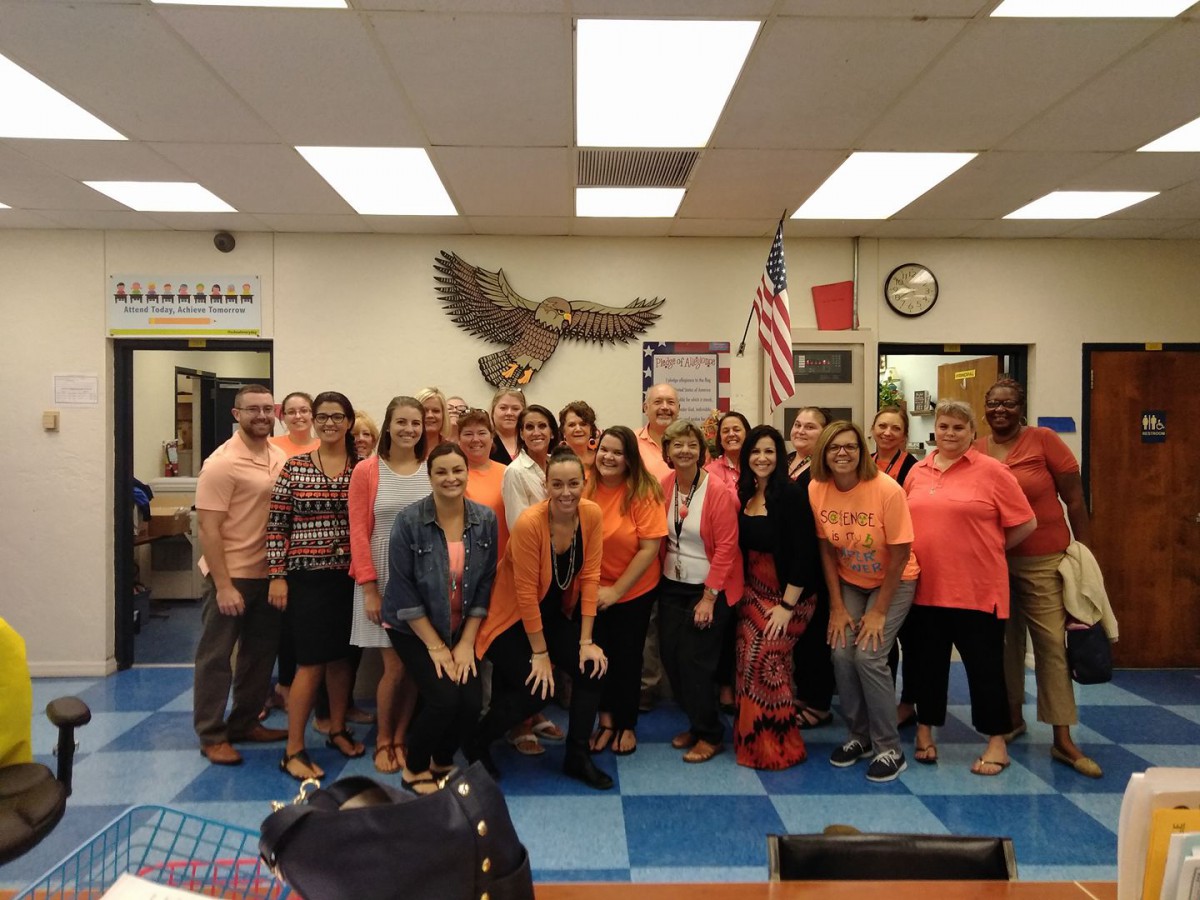 Lakewood Park Falcons support the anti-bullying movement across the district along with other St. Lucie Public Schools on October 25th. 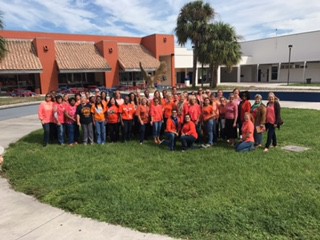 SLW Centennial High School faculty and staff wear orange to unite and stomp out bullying in recognition of National Unity Day on October 25, 2017. 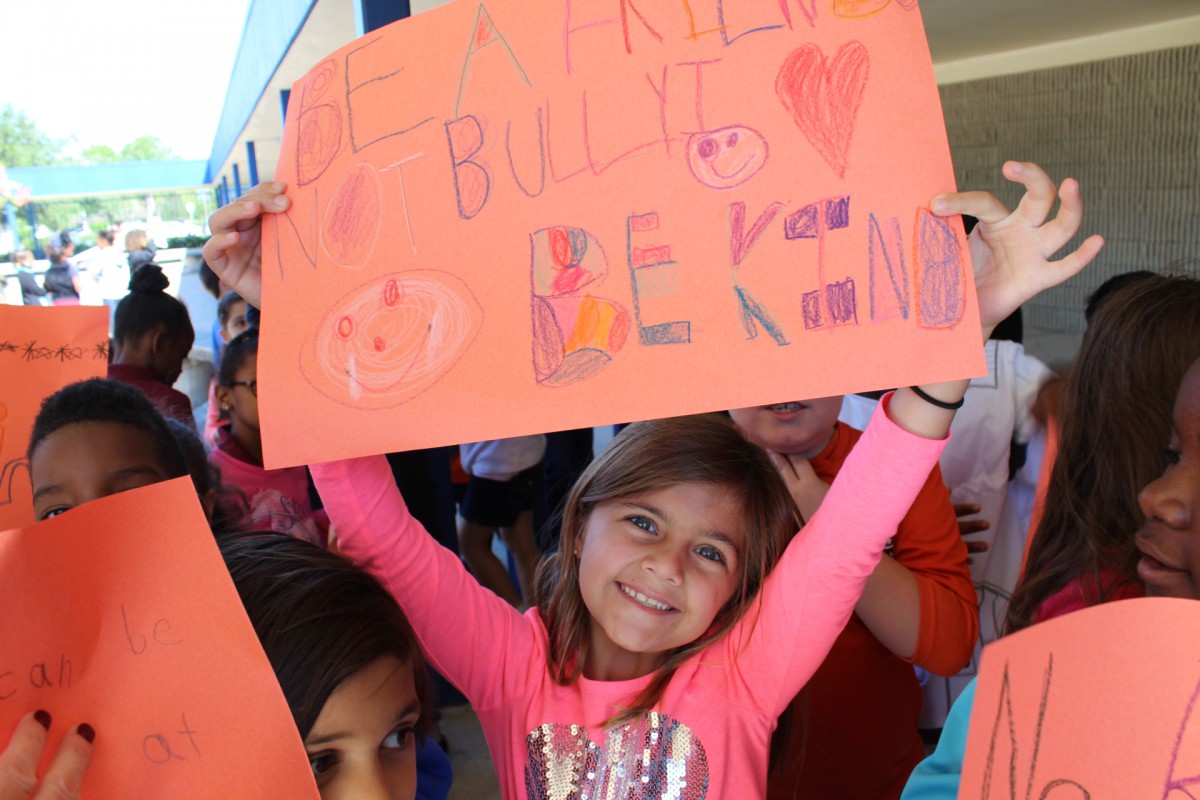 This year, Northport K-8 School celebrates our 8th annual Unity Day. Students from across the VKP-8 school make posters and banners and march throughout a path pre-marked by our PE coaches. All day long, during resource time, students can be seen marching, carrying homemade decorations and singing choruses of “No More Bullies! No More Drugs!”

Northport combines our message of anti-bullying and anti -drugs every single year. The students look forward to Unity Day and the teachers make the day special. We also hold Unity Day door decorating contests for elementary classes and yearly anti-bullying/anti-drug essay contests in the middle grades. Many thanks to our prevention specialist, Maryanne Warren, who helps organize the event. Special thanks to Coaches Kim Kanada, Darryn Ploeckelman, Donald Patterson, Art Teacher Valerie Kirk, Band Director Joseph Bigler and all the other great and truly dedicated staff members and teachers at Northport who made the day so special and empowering for the kids!!!!!! 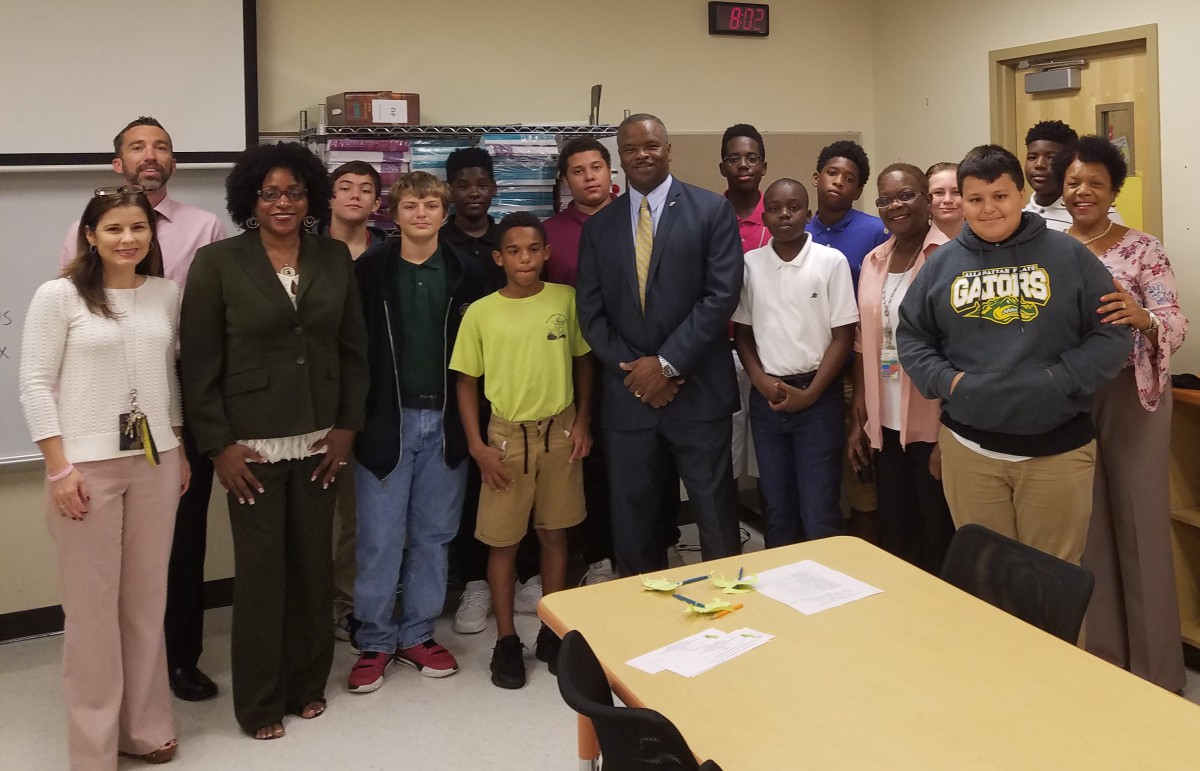 On Friday, October 20, 2017, Allapattah Flats welcomed motivational speaker and State Representative Larry Lee, Jr. as a guest of the Speakers Bureau.  State Rep. Lee was introduced by Dr. Donna Mills who began the Speakers Bureau four years ago.  Rep. Lee has a passion for reaching young people with a message about “Choosing Success!”

Rep. Lee shared some real life struggles from elementary school on up through high school.  He admitted that he did not always make good choices along the way but always had people in his life who encouraged him to strive for better things, and he listened because of the respect that he had for them.  This led Rep. Lee to an avenue of playing football, being on the FPC undefeated football team, and obtaining a football scholarship to attend college!  This is when attending college truly became a reality to Rep. Lee.  A reality that was not on his radar during the early years of his life.

As Rep. Lee continued to share, he captured the group’s attention, especially when he spoke about how he signed as a free agent with the Denver Broncos in 1976.  He spoke about how he was released during the pre-season and did not make the final cut.  Rep. Lee’s story to young men who are aspiring to play professional football is to always have a back-up plan and he explained that the NFL has another meaning and that is ‘Not For Long.’  That’s why you need to get a good education so that you will be “SFL”  which means Set For Life!  He spoke about his pathway from teaching school to where he is today and explained to the group that he has accomplished many things in life by making plans. He offered crucial advice to the group about planning for success.

Rep. Lee explained that if you want to be successful – hang with success people!  He explained that association brings about assimilation so be smart enough to know how to surround yourself with smart people!  Rep. Lee then directed the students’ attention to a “T” model with “Dos” on the left and “Don’ts” on the right and encouraged them to use this model as a guide to govern their daily actions and to evaluate the things that they can do to improve their daily lives, their grades, and their actions.

Rep. Lee concluded with encouraging the students to maintain good grade point averages, good behavior, to dress for success, and above all, encourage each other along the way!  Rep. Lee has high expectations for this “APF-Upward Mobility Group” and will be checking in on their SUCCESS! 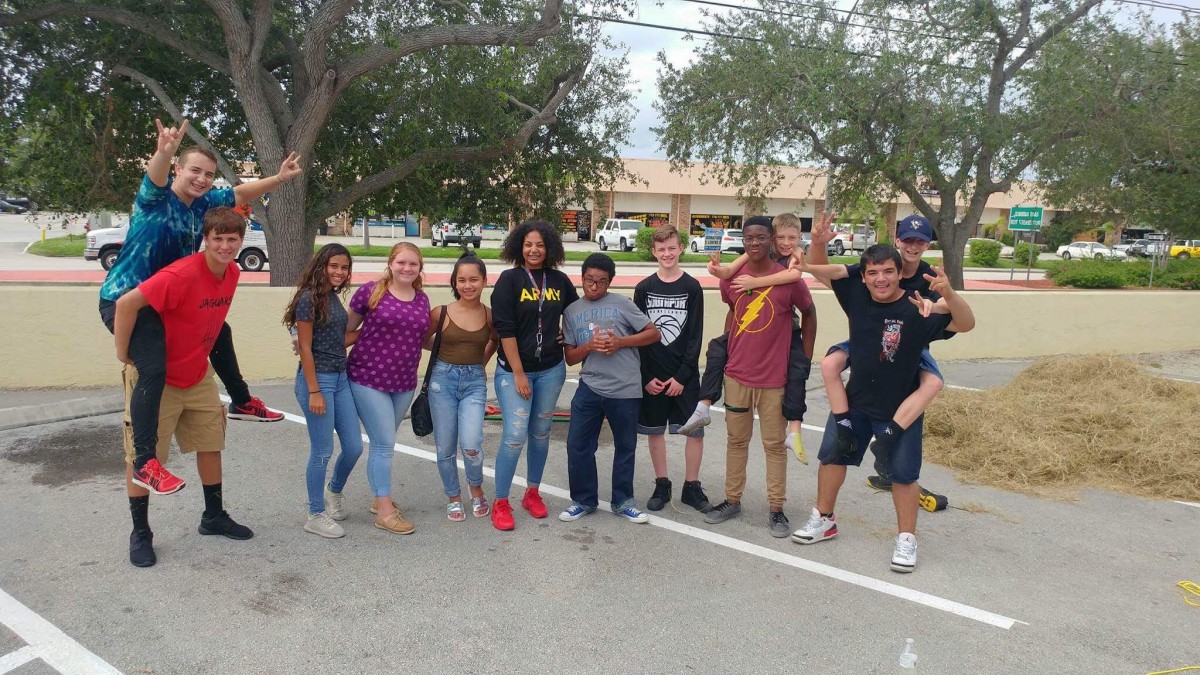 This past weekend, Port St. Lucie High School Jaguar Battalion Honor Guard helped in assisting staff at the Children’s Emporium. The Honor Guard helped staff with supervising children, setting up games and activities, as well as, cleaning up after the event.