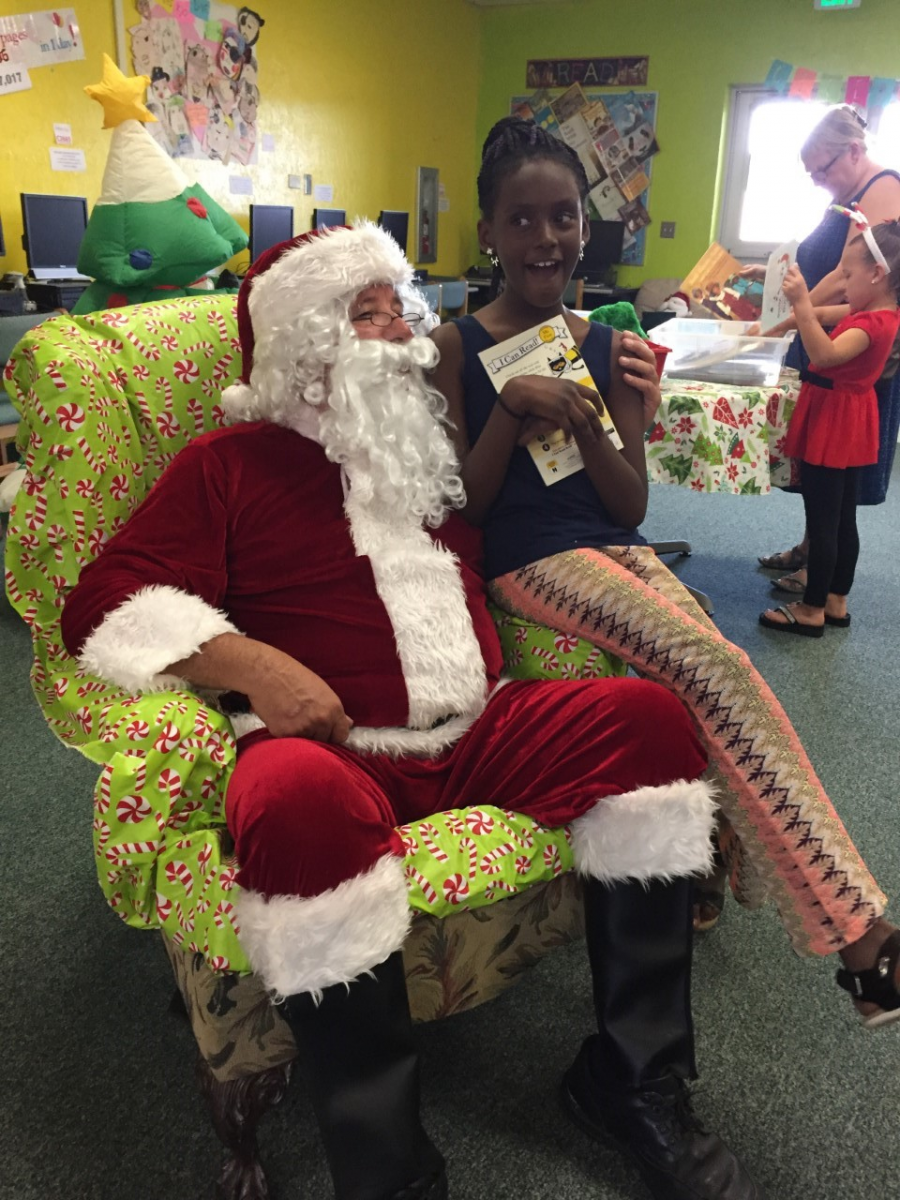 Manatee Academy’s monthly SUNDAY BRUNCH had a special guest for December. The Big Guy himself Ho-Ho-Ho’ed his way into the library and children were treated to something better than candy canes from Santa — free, brand new books TO KEEP! 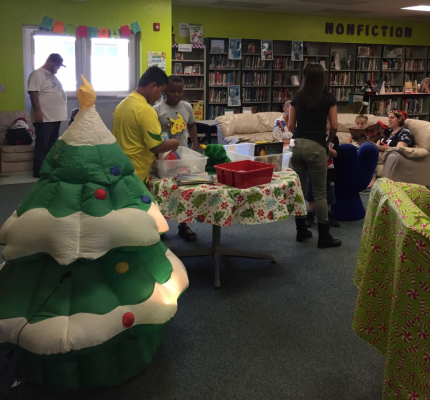 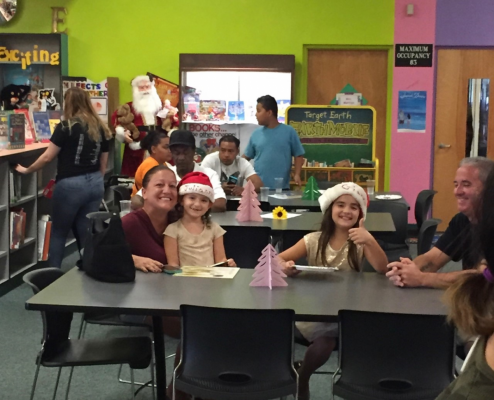 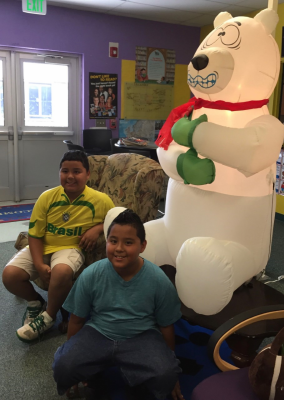 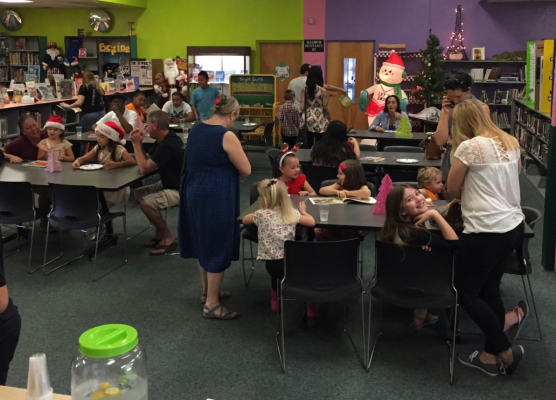 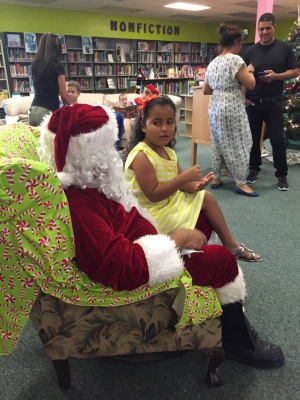 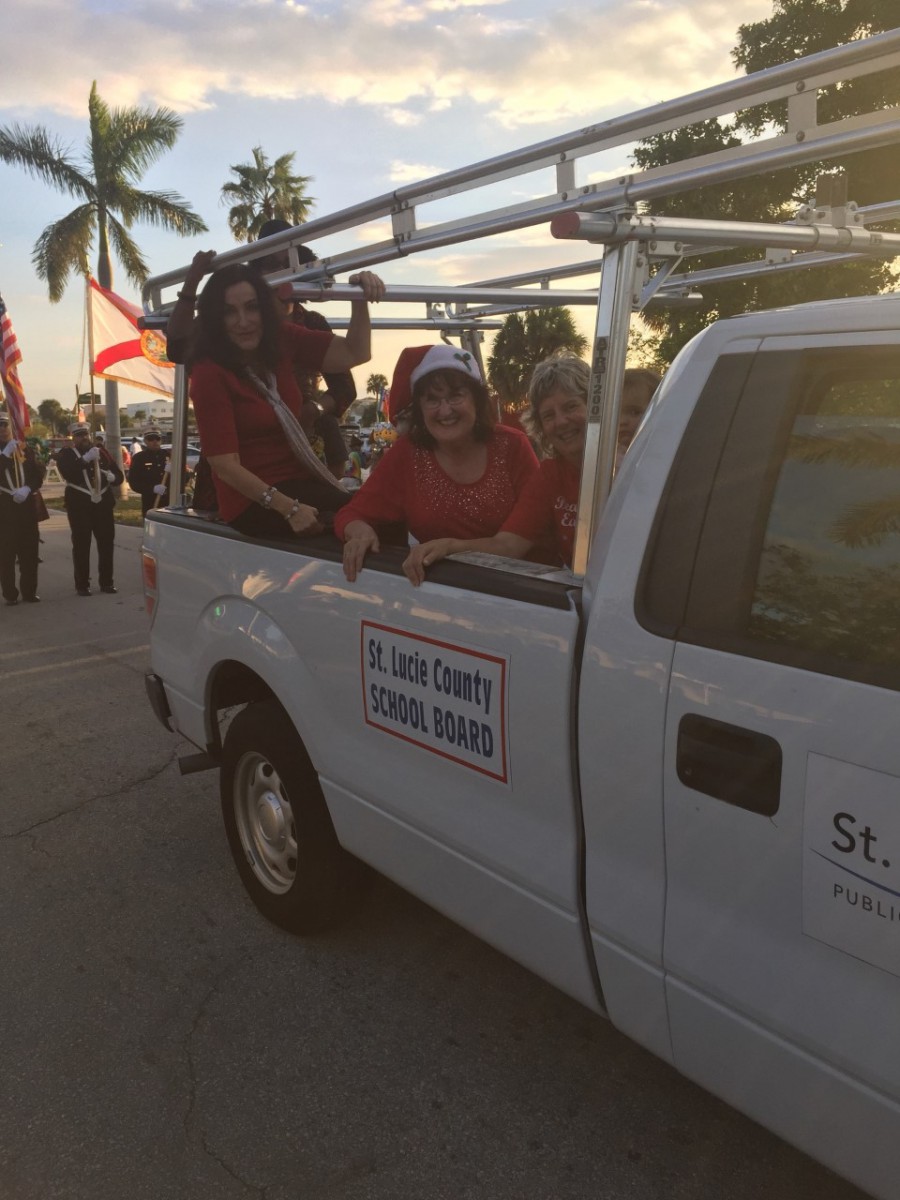 St. Lucie Public Schools Superintendent E. Wayne Gent and School Board Members enjoyed participating in the festive holiday parades in Port St. Lucie and Fort Pierce.  The Festival of Lights and Sights and Sounds helped ring in the season with parade floats, bands, and characters to delight the crowds. 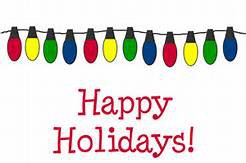 She introduced the guest speaker and gave a brief description of her responsibilities as a Board Member.  She entertained the freshmen with how she was elected and re-elected to serve on the School Board.  She also spoke about her continued efforts to support educators in St. Lucie County.

The guest speaker of the day was the CEO of the Boys and Girls Club, Mr. William Armstead.  He opened up with his personal story of how he grew up in a large family and the trials and tribulations that come with living in Brooklyn.  His main topic was about abuse and how we all need to talk to someone.  Mr. Armstead’s message of “you don’t need to be blood to be family, and family is someone that listens and cares about you” simply resonated through the captive audience of freshman students. Many students in the audience were mesmerized by his stories of hope and inspiration.   After building a rapport with the students about the serious effects of abuse and how to recognize and recover from it, he lightened things up with a brief question and answer period.  He always kept reassuring students that abuse is detrimental to one’s self esteem and they must tell someone about it.

Mr. Armstead’s message to Centennial High School students was quite clear: Abuse is no joke!  Many could be suffering from it but are too afraid to talk about it.

Centennial High School students were treated to an excellent guest speaker who gave words of advice and tips to become better and more productive students. The guest speaker at Centennial High School had a great message, and that message was: You’re never alone; there is always someone out there for you; it could be a friend, a parent, a teacher, a counselor; it could be anyone.  You make the Difference! 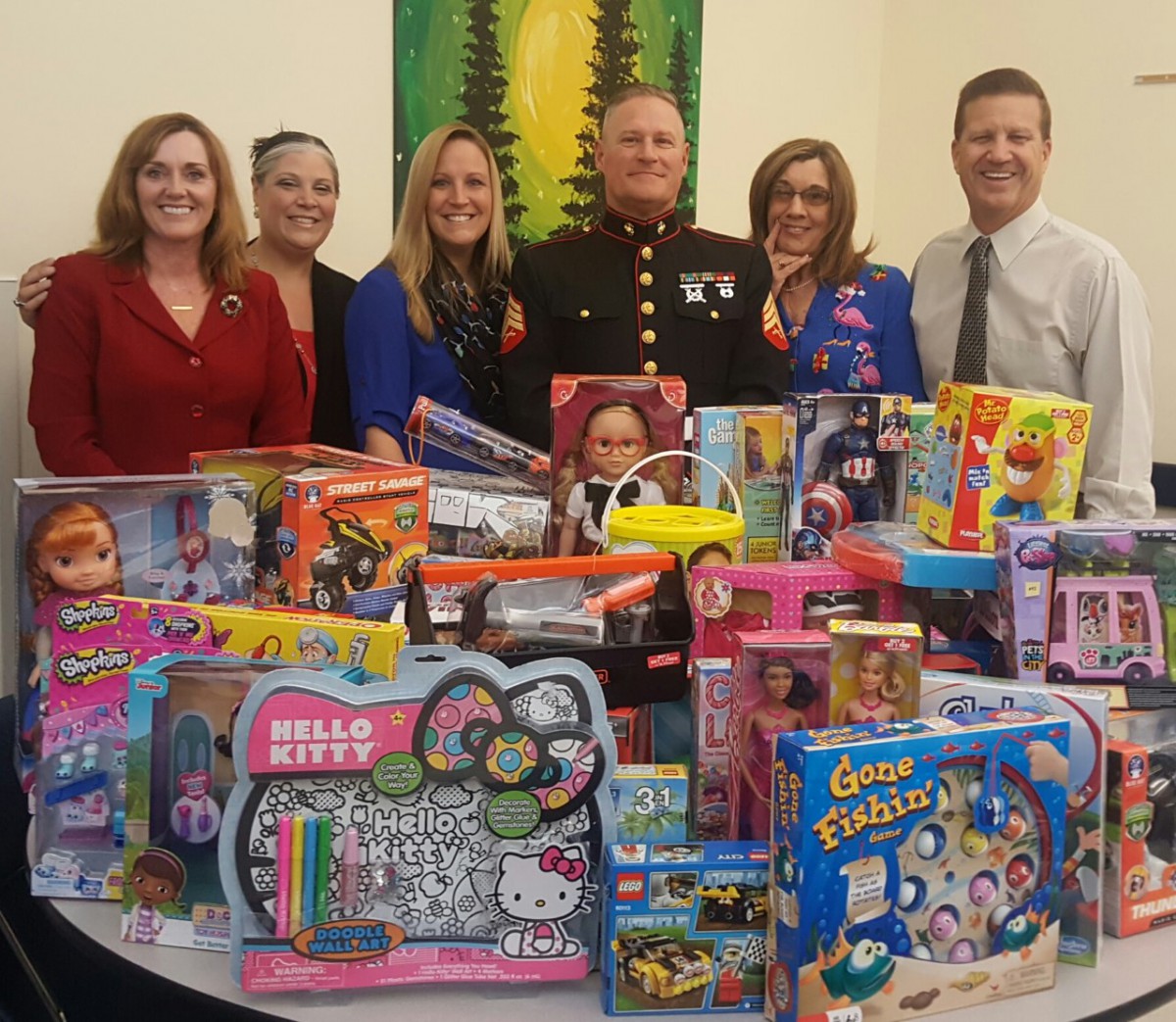 St. Lucie Public Schools administrators collected toys for this year’s Toys for Tots campaign just in time for Santa’s train as it is scheduled to roll into town on Saturday, December 10th at 1:15 at Orange Avenue and US 1.  Don’t miss it! 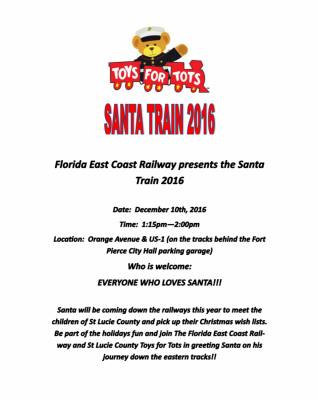 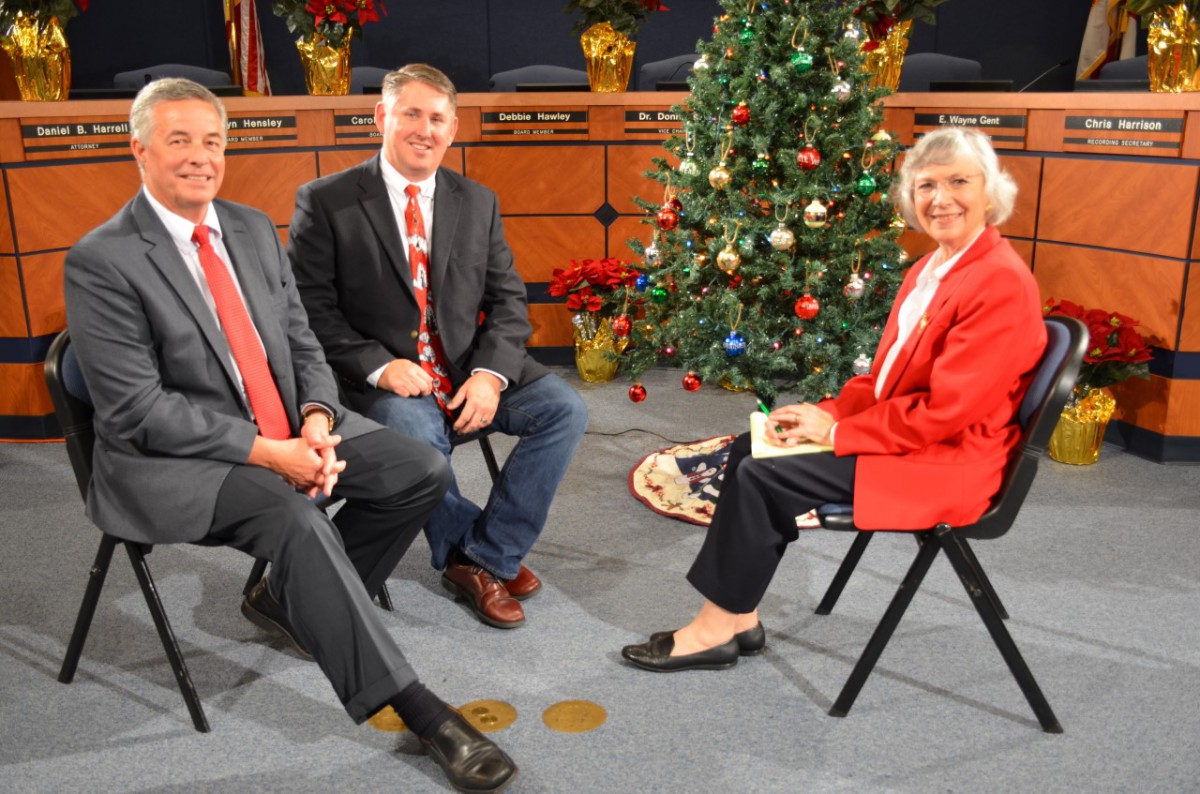 Superintendent Gent and School Board Chair Ingersoll chat with Carol Wyatt during the recent WPSL Christmas Kids interview.  Students have performed in many locations throughout St. Lucie County as local businesses support the annual Toy Drive.