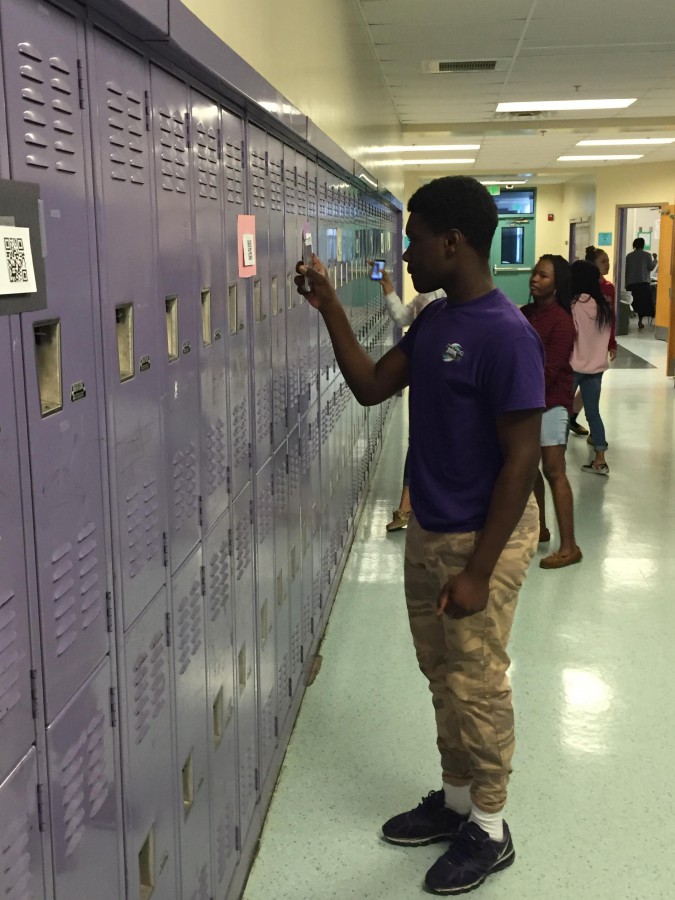 Southport 8th grade students were engaged in a technology enhanced practice for their current unit, Systems of Equations. Students, together in groups, answered questions as a team, then when they came to a consensus for their answer, they took turns being the “runner.” The “runner” went to the answer zone in the hallway and found the correct QR code that matched the answer they chose. They scanned the QR code with their phones which, if they chose the right answer the QR code gave them the next question. The students really enjoyed the activity. Malik Copeland said, “It helped me comprehend what we did in class.” Leslie Flores said, “It was fun because we got to communicate with our peers.”

Great job to Southport’s 8th grade teachers for organizing such a fun activity. 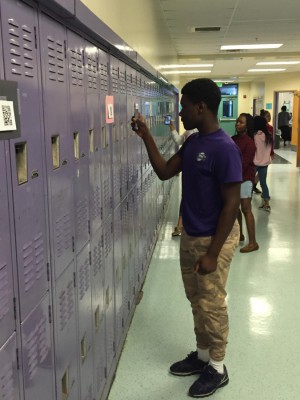 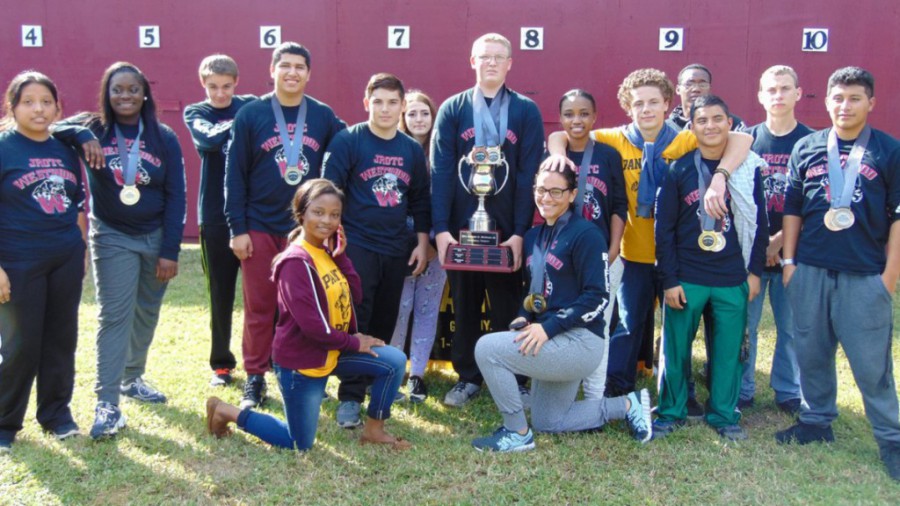 The Westwood JROTC Air Rifle Varsity Team defeated four schools to retain the much-coveted McNair Silver Trophy cup at the 4th Annual McNair Memorial Rifle Match for the third year running. Alex Rediker led the varsity team as the match individual champion as well as earning three additional individual medals. Jennifer Arriola was the prone champion and the “Sniper” champion, boasting nine out of 30 perfect 10’s! Raul Velasco also took an individual medal in standing. Alejandro Garcia rounded out the Varsity team. Miguel Rodriguez led the JV team to a second place finish and also earned individual medals in Standing and as the runner up JV match sniper. Other members of the JV team include Quytaja Frazier, Sally Dupre and Kirmille Joseph. The Varsity team is preparing for the Area III Regional South qualifier held Atlantic HS on the 27th of February.