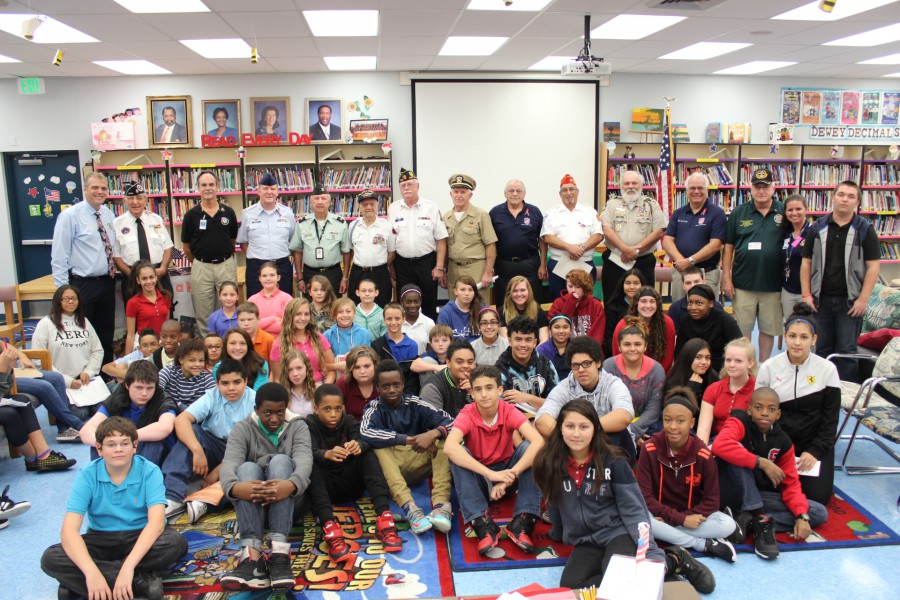 It is with distinct pleasure and pride that Northport K-8 School commemorate Veterans Day with a flourish. The morning of November 10 started with the Pledge of Allegiance and the Kids at Hope Pledge. Students then recited the “Northport American Children’s Pledge.” The media center filled up quickly with at least fifteen local veterans from all different branches of the military and students from the 6, 7 and 8 grade Northstars and the grades 7 and 8 Stingrays teams. Students from the Northport Choir under the direction of Thomas Conner sang the National Anthem with thrilling tones that had the entire audience humming and singing too. Second graders from Mrs. Ploeckelman, Mrs. Calo, Ms. Schrader and Mrs. Lamm’s classes wrote moving tributes to our veterans and read their essays directly to the vets. The children were inspiring and the older students were moved by the clear display of Americanism. A brief history of Veterans Day was given by Media Specialist Lynne Gruszka and students were given a wonderful welcome by Northport Principal Glenn Rustay. Veterans introduced themselves and gave a brief synopsis of their branch and career. Students then, using Northport Leadership Summit format, directed a Question and Answer session. Students stood, introduced themselves, loudly and clearly asked their question and then remained standing until their question was answered. Also, in partnership with Big Brothers Big Sisters and Americorp, each veteran was pinned with a special “Partnership” pin from AmeriCorps and Northport K-8 School. The program was all encompassing and praiseworthy as students learned all about World War I, Armistice Day and why we commemorate the 11th minute, the 11th hour, the 11th day on the 11th month as Veterans Day. Special thanks to local Veteran Partners in Education who helped educate well over 200 students about the importance of education, civic responsibility and Americanism.

Students in Ms. Mellion’s 2nd grade classroom have been learning all about life cycles of animals and plants. They were able to use Skype to connect with Ms. Samantha Betancur of the North Carolina Aquarium to learn even more!

Students were engaged in an online Skype presentation about Sea Turtles, their life cycle, and threats. After meeting a real life Loggerhead Turtle, students were swimming with information and excited for future Skype education! 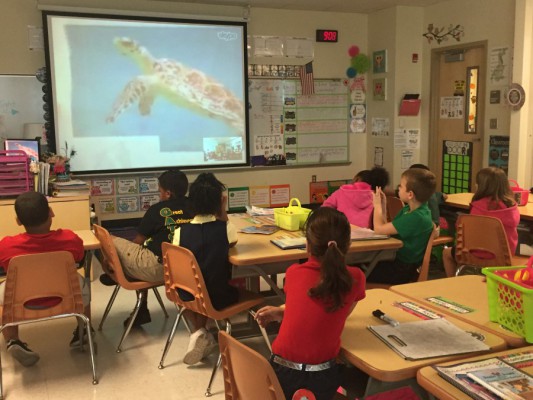 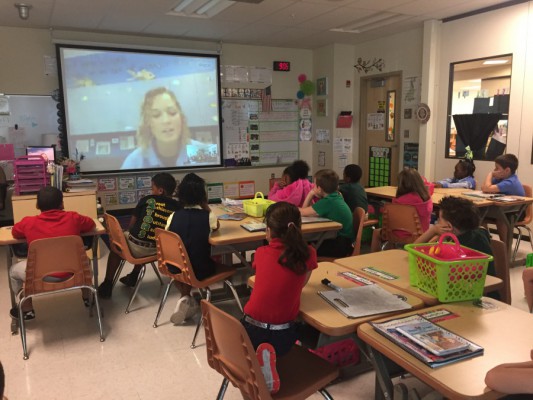 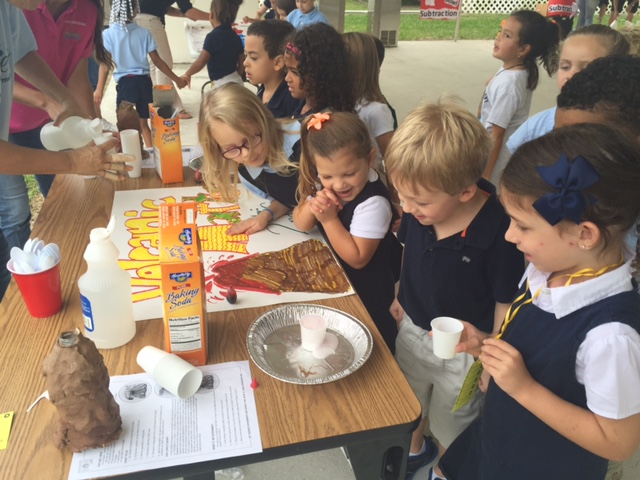 All students participated in the “educational” part of the festival with booths that included bowling, making volcanoes, racing cars, and creating their own lava lamps. Students could also use 35 of their Otter Bucks to attend the fun side of the festival. REE parents manned these booths and had a blast giving out candy and gifts to students that competed in the duck pond, corn hole toss, hula hoop contest, and more. 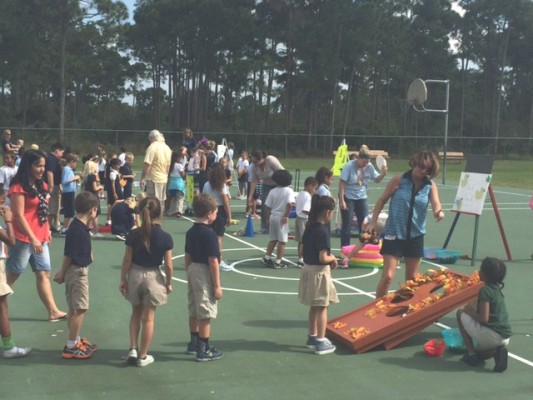 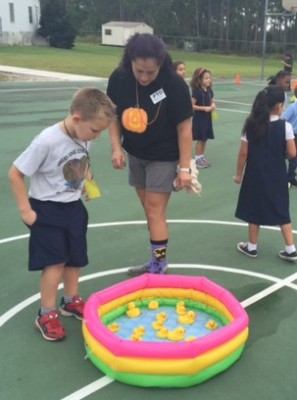 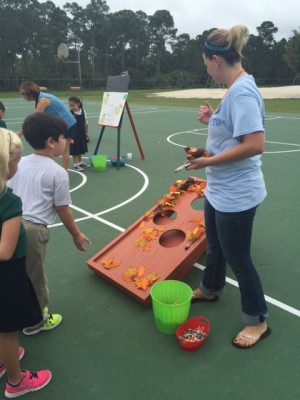 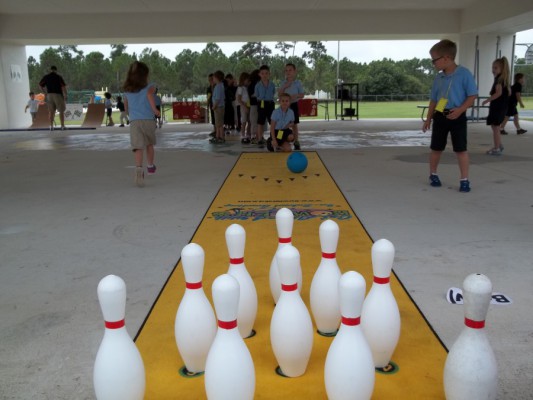 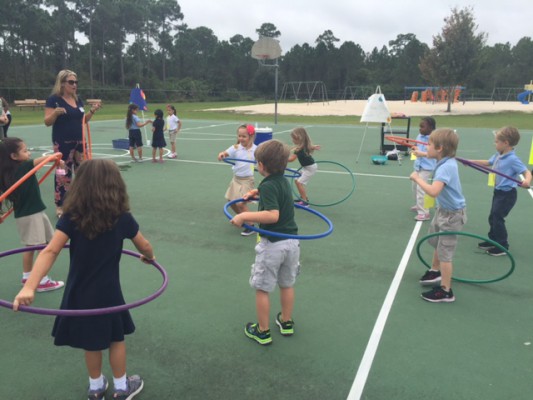 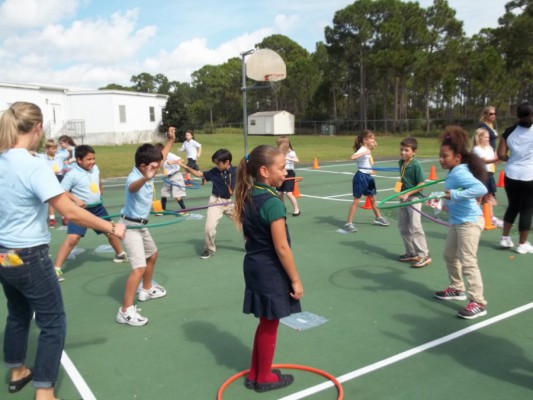 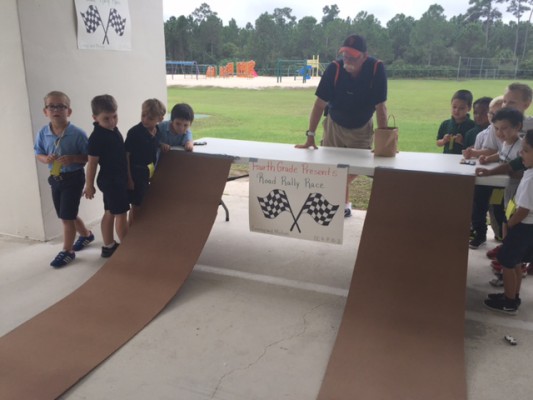 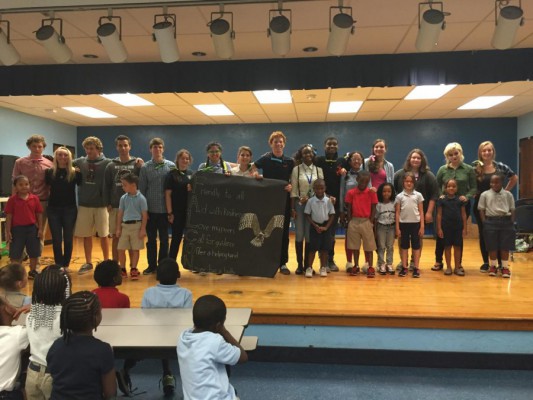 On Friday, November 6th, seniors from the Marine and Oceanographic Academy traveled to Lakewood Park Elementary to put on an anti-bullying skit for the students.

The skits, which were to created by the seniors, were meant to highlight different types of bullying that could take place in school and the resulting side effects.  In a day and age where bullying is becoming ever more prevalent, the seniors felt it was important to get the message out to the younger generation.

The seniors were thankful to Mrs. Young for allowing them to take time out of their day to meet with the students. 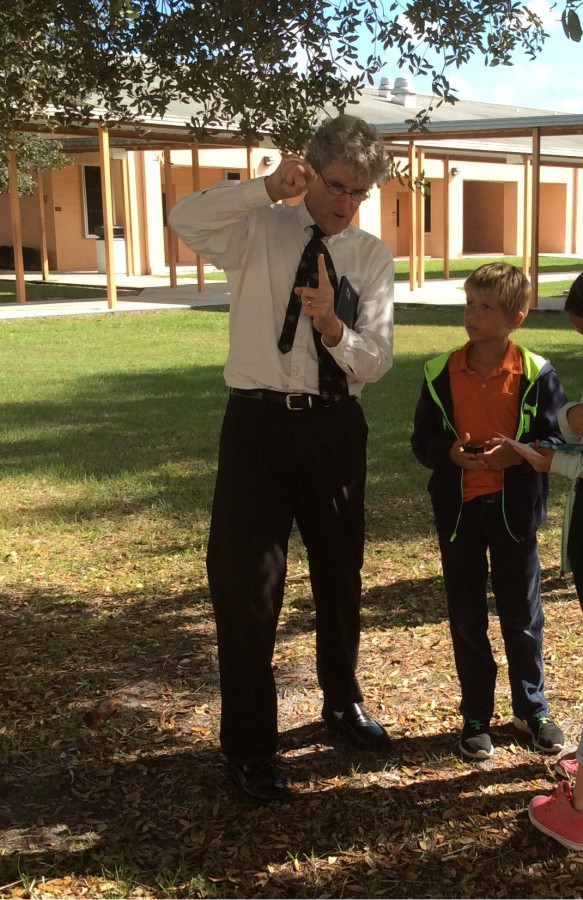 Through a collaborative effort by the Social Studies, ESE, and Robotics Departments, Southern Oaks Middle School students participated in their first geocaching exercise.
Student pairs were given the latitude and longitude of a cache location. Combining their GPS technology with their previously learned map skills, they sought out the hidden clues about Hammurabi’s Code, one of the oldest surviving codes of law in recorded history. 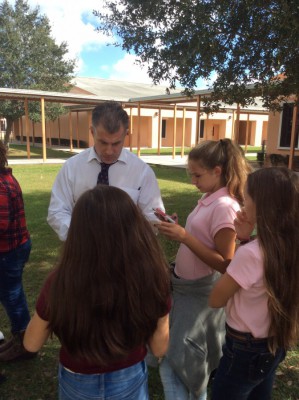 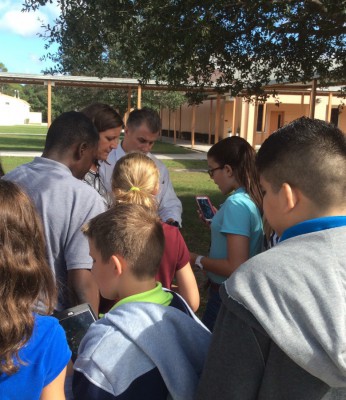 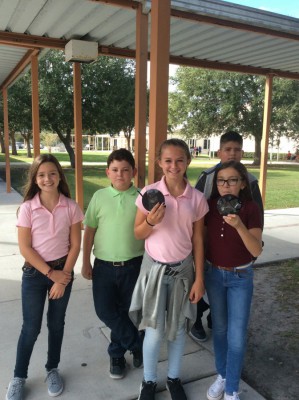