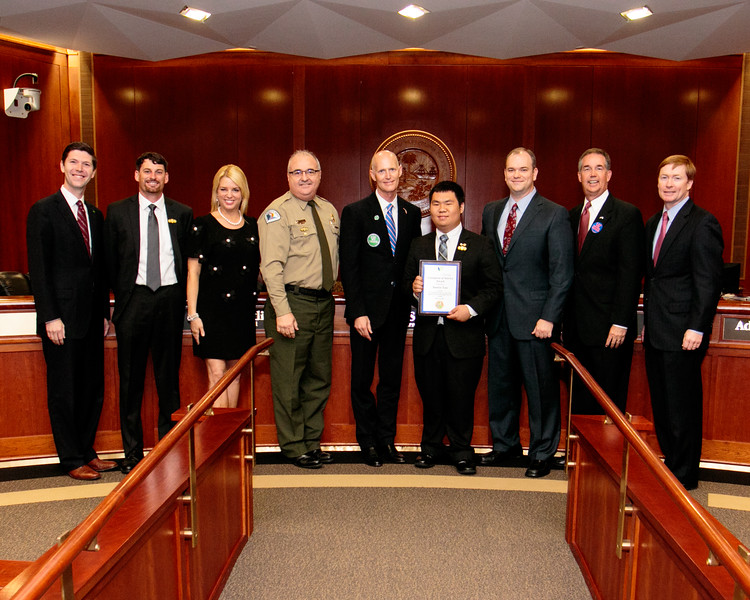 Recognizing the success and accomplishments of Justin Lee, a senior at Lincoln Park Academy

For the past 5 years, Justin Lee has volunteered his free time at the Savannas preserve State Park, accumulating more than 2,000 volunteer hours!

Justin is co-founder of the Junior Friends of Savannas, an elite group of teen volunteers at the park.  He has acted as Youth Volunteer Coordinator for two years.  All of Justin’s hard work paid off this month when he was awarded not one, but two state-wide awards.  The Friends of Florida State Parks honored this amazing young man with their 2014 Youth Volunteer of the Year award.  A few days later, Volunteer Florida named Justin Lee a Champion of Service.  Justin received the latter award last week from Governor Scott in Tallahassee.