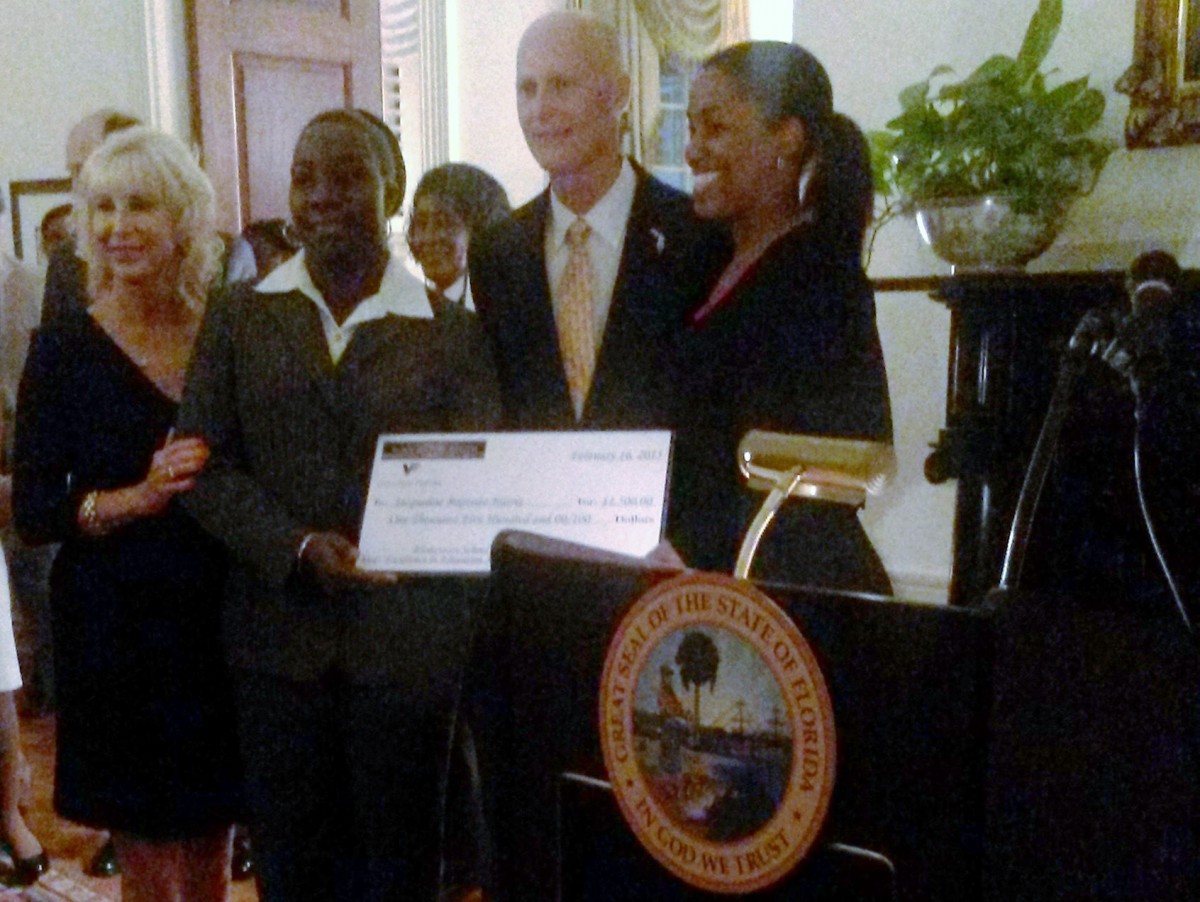 Jacqueline was honored as the 2015 recipient of the Governor’s Excellence in Education Award for the elementary (K-5) category. This award was accompanied by a check for $1500. During his announcement of this year’s award program Governor Scott said, “This February, as we celebrate Black History Month, we are honoring African-American innovators who have helped make Florida a great place to work, live and visit…Ann and I are also looking forward to recognizing some of the many great African American educators who are helping prepare our students for future success.” Mrs. Harris is no stranger to Governor Scott’s commendations. In 2014 and 2011, Mrs. Harris won the 1st and 2nd place Governor’s Award for Excellence in Teaching Economics, sponsored by the Florida Council of Economics Education (FCEE). This year, Mrs. Harris is also Village Green’s Teacher of the Year and Distinguished Minority educator. Jacqueline Baptiste-Harris is pictured between First Lady Ann Scott and Governor Rick Scott.