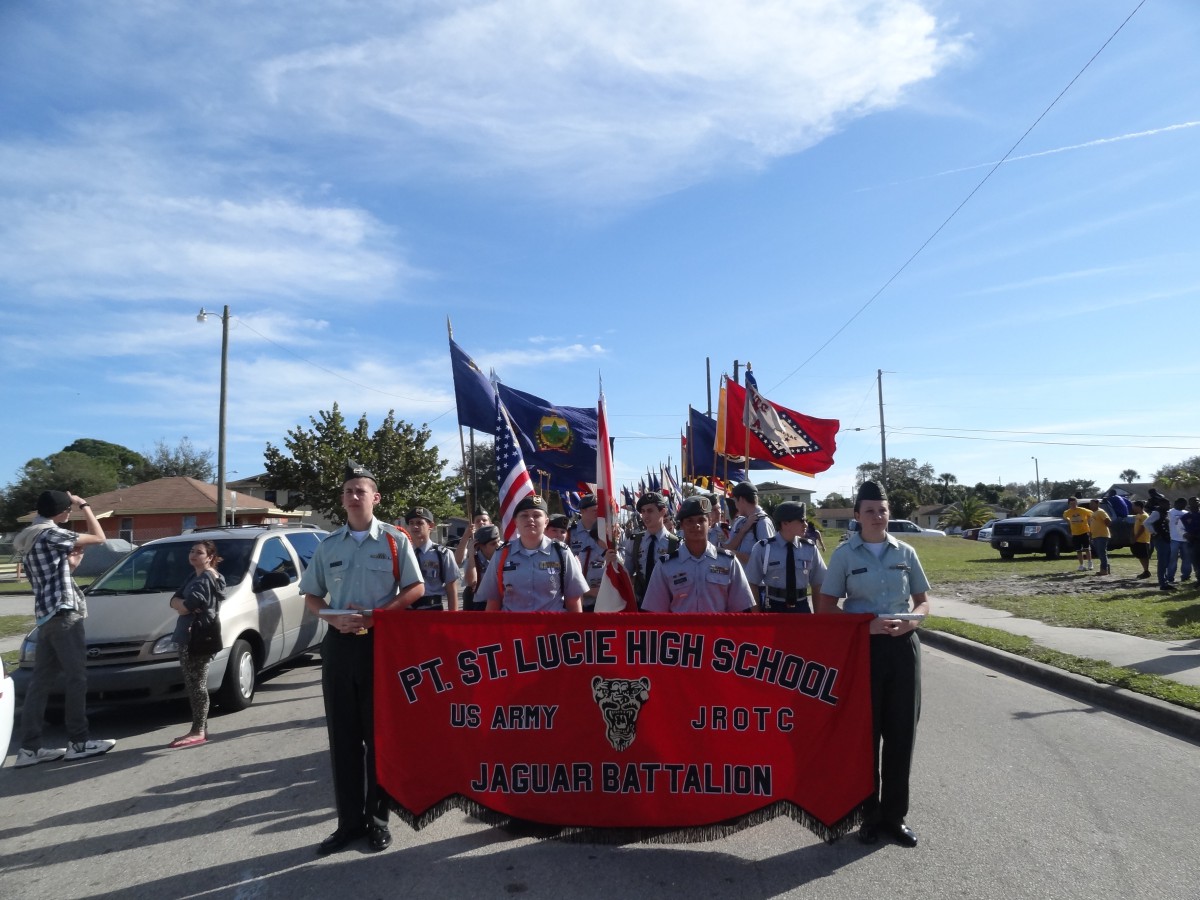 Following behind the Color Guard was the Battalion Staff and shortly after that, the company formations. Beginning with Alpha Company formation then Bravo, Charlie and lastly Delta. The cadets preformed with the utmost excellence showing the heart and pride of the Jaguar Battalion. Way to go Jags!